To the grand final

🏆 The hosts come from behind to defeat Switzerland on penalties to book a place in the #BeachSoccerWC final for the first time since 2013. Will they go on to win it all on home sand tomorrow? 🏖 pic.twitter.com/ngXFk3RMM0 — FIFA.com (@FIFAcom) August 28, 2021

Thank you for following the broadcast of the Beach World Cup semifinal between Russia and Switzerland. See you next time.
12:27 PMa month ago

Russia beat Switzerland 5-4 on penalties after a 5-5 draw and will be in the final awaiting the winner between Senegal and Japan.
12:26 PMa month ago

Russia goal. Krash scores the goal and Russia will be in the grand final of the Beach Soccer World Cup.
12:25 PMa month ago

Stankovic with the goal for Switzerland and stays alive.
12:24 PMa month ago

Switzerland goal by Holan and Novikov scores to make it 4-3 in the penalty shootout.
12:23 PMa month ago

Russia goal. Nikonorov with the penalty and puts Russia up 2-1.
12:20 PMa month ago

Switzerland missed it, the Russian goalkeeper saves the penalty.
12:20 PMa month ago

Fedorov scores the goal for Russia and ties the game.
12:19 PMa month ago

Russia 5-5 Switzerland and there will be penalties.
12:12 PMa month ago

Shkarin in the dying moments of the game scores the equalizer and makes the whole stadium vibrate.

Nikonorov is cautioned.
12:03 PMa month ago

Nikonorov with a shot that he barely manages to get a shot off and through the middle of his feet to score the goal.

Shishin with a powerful shot that goes high over the goal.
11:55 AMa month ago

Ott commits the foul to prevent the counterattack and is cautioned.
11:53 AMa month ago

Holen with the penalty effectively and now the lead is already two goals.

Romanov commits the pull and is ejected.
11:49 AMa month ago

Misev commits the foul in the area and is sent off.
11:45 AMa month ago

Stankovic with a bicycle kick in a prefabricated play and they turned the score around.

Hodel takes advantage of a defensive error and shoots into the back of the net to tie the game.

Hodel's bicycle kick to put it beyond the goalkeeper's reach and bring them back to within one.

Novikov with the powerful volley shot that goes over the top of the goal.
11:24 AMa month ago

Kotenev's half-volley to put it into the corner and increase the difference.

Kash with a long-range free kick that goes wide.
11:17 AMa month ago

Chuzhkov with a shot from half distance that goes over the top.
11:12 AMa month ago

Ott from a direct free kick hits it with power and puts it in the corner.

Nikomorov's cross-shot hits the sand, making it impossible for the goalkeeper to do anything else.

Russia's Kotonev is cautioned and concedes the kick for a possible equalizer.
11:02 AMa month ago

Krash's volley and cross shot to open the scoring.

The match between Russia and Switzerland kicks off.
10:56 AMa month ago

Each player is introduced and the national anthems of Switzerland and Russia are played.
10:54 AMa month ago

The first semifinal of the Beach World Cup between Russia and Switzerland will kick off in a few minutes.
10:51 AMa month ago

In 2011, Russia beat Brazil in the final and, two years later, they repeated the dose but now against Spain.
10:46 AMa month ago

Savoring the sweetness of victory

Russia already knows what it's like to be champion and did it in 2011 and 2013, so after eight years it will seek to be crowned again, but now on its own soil.
10:41 AMa month ago

Directly from Azerbaijan, Ingilab Mammadov will be the main referee for this match.
10:36 AMa month ago

Stankovic is the championship leader with eight goals and tied for the top spot, but with one more he would be the outright leader pending whether his team (Switzerland) advances to the final.
10:31 AMa month ago

The Swiss team has only once reached the semifinals and that was in 2009, when it reached the final after losing to Brazil by a score of 10-5.
10:26 AMa month ago

This is today's line-up for tomorrow's grand finale. 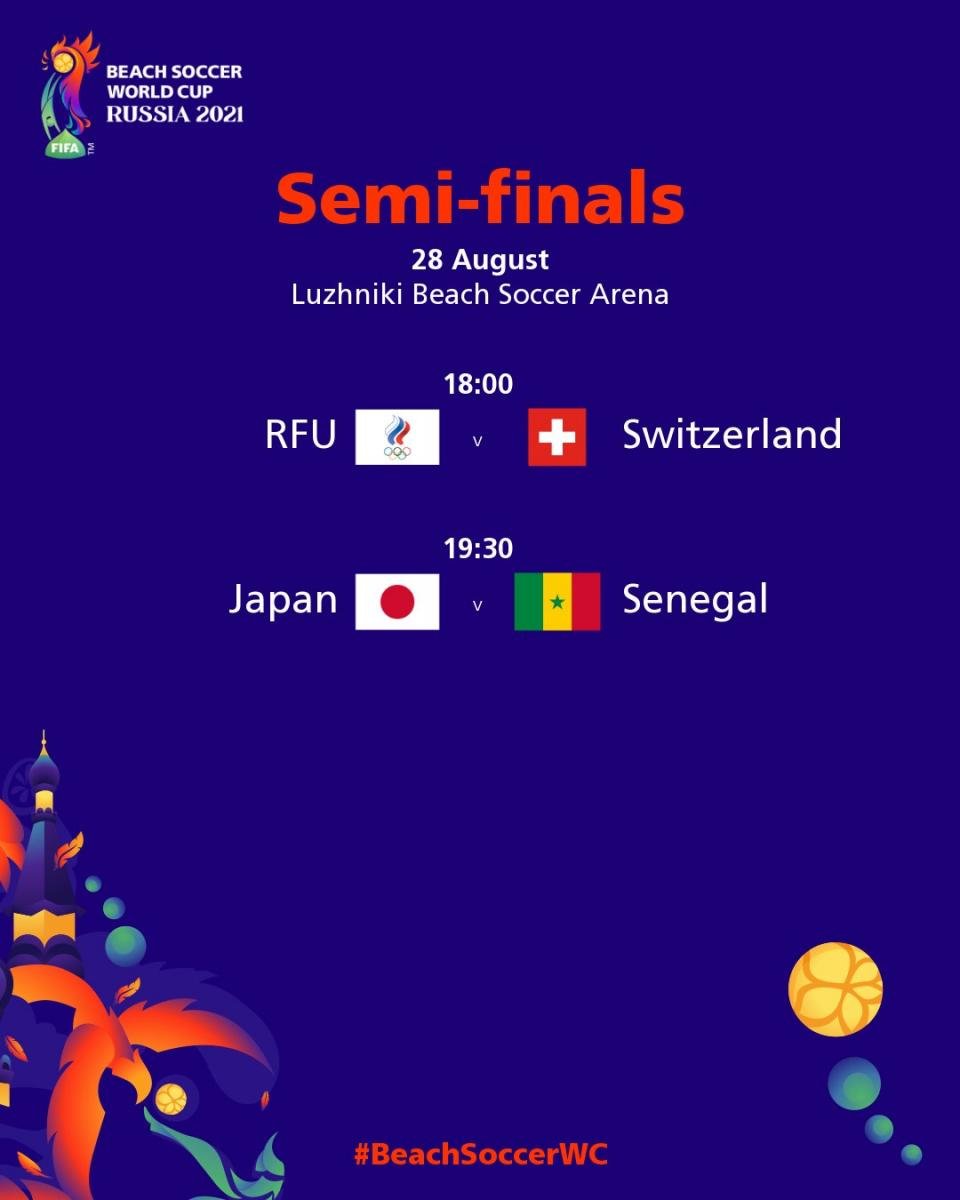 Switzerland has just demonstrated that it has all the necessary skills to be a champion after a 10-1 thrashing of Uruguay in the quarterfinals.
10:16 AMa month ago

Brazil was eliminated and no team from South America or CONCACAF made it to this stage, which includes two Europeans, one African and one Asian team.
10:11 AMa month ago

The final will be played in the first instance between the host Russia and the surprising Switzerland. We begin with the coverage of the final.
10:06 AMa month ago

Do not miss a detail of the match with the live updates and commentaries of VAVEL. Follow along with us all the details, commentaries, analysis and lineups for this Russia vs Switzerland Beach World Cup Russia 2021 match.
10:01 AMa month ago

What time is Russia vs Switzerland match for Beach World Cup Russia 2021?

This is the start time of the game Russia vs Switzerland of 28th August in several countries:

The number 9 of the European team, Dejan Stankovic, has been the sensation of the tournament with eight goals and shining in the quarter-final win over Uruguay. 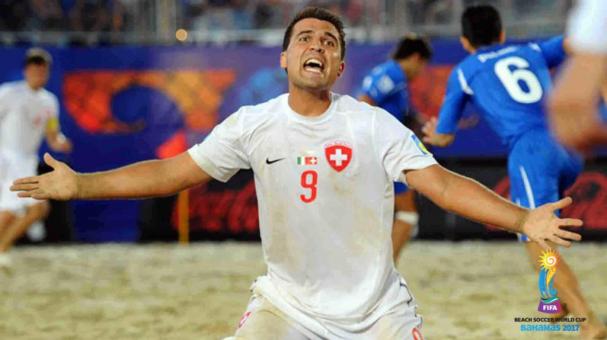 Boris Nikonorov, who has scored five goals in the tournament, has been the Russian team's goal scorer of the tournament and has been a key player in getting to this stage. 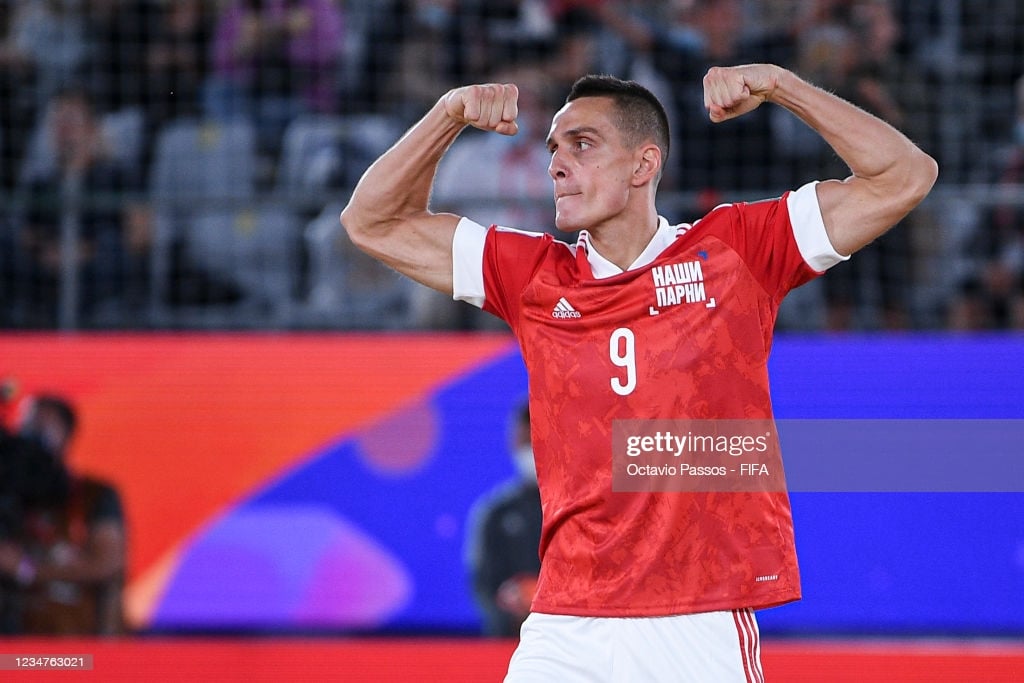 The road to Switzerland

Like their opponents, Switzerland have not known defeat in the championship by finishing on top of their section and having no problems in the quarterfinal round.

The road to Russia

The host Russia, or as it is often called the Russian Football Union, has had a flawless tournament at home and is the top favorite to win the title after there are no more American teams. They do not know what it is like to lose in the tournament, remembering that they finished the group stage in the lead with six points.

Who will the winner go up against?

The Russia vs Switzerland match will be played at the Luzhniki Beach Soccer Arena, in Moscow, Russia. The kick-off is scheduled at 11:00 am ET.
9:16 AMa month ago