WAS30
END9 hours ago

The meeting is over! PSV continues to make it three points and wins with authority against Groningen, who at times dominated the match and even won it, but as the match went on, the team became more and more deflated.
3:59 PM20 days ago

PSV goal! Bruma increases the lead in the last moments of the match with a right-footed shot from outside the box into the top right corner.
3:54 PM20 days ago

Despite the periods in which the match was interrupted due to repeated fouls, no cards were shown during the match.
3:49 PM20 days ago

Change by PSV Eindhoven
In comes Thomas and Bruma, out comes Gaskpo and Zahavi.
3:44 PM20 days ago

The game was blocked due to constant fouls.
3:39 PM20 days ago

Hankouri's right footed shot from outside the box misses to the right following a corner.
3:34 PM20 days ago

PSV goal! Eran Zahavi strikes a right-footed shot from outside the box.
3:19 PM20 days ago

Both sides had chances to go ahead with a goal at the start of the second half. Ginkel's shot from the center of the box was an attempt by the home side to increase the current lead.
3:14 PM20 days ago

Changes for PSV
In comes Vertessen and Mwene, out comes Madueke and Max.
3:09 PM20 days ago

Advantage PSV! Home and away game in the Netherlands.
2:59 PM20 days ago

PSV goal! André Ramalho heads header from the center of the box to the right side of the goal.
2:54 PM20 days ago

Ramalho left footed shot from a difficult angle on the left is high and wide to the right.
2:49 PM20 days ago

In the match, the ball is divided due to the repetition of fouls.
2:44 PM20 days ago

Groningen goal! The visitors have already come from behind. Ngonge scores another goal with a left-footed shot from the center of the box.
2:34 PM20 days ago

Groningen goal! Ngonge hits a left footed shot from the center of the box to the right side of the goal.
2:29 PM20 days ago

The locals are masters of the ball and took advantage of the only opportunity they had on the scoreboard.
2:24 PM20 days ago

PSV goal! Gakpo right footed shot from the left side of the box is saved in the centre of the goal.
2:19 PM20 days ago

Match kicks off in the Netherlands!

This is what the stadium looks like for the match!

The match is just a few minutes away. 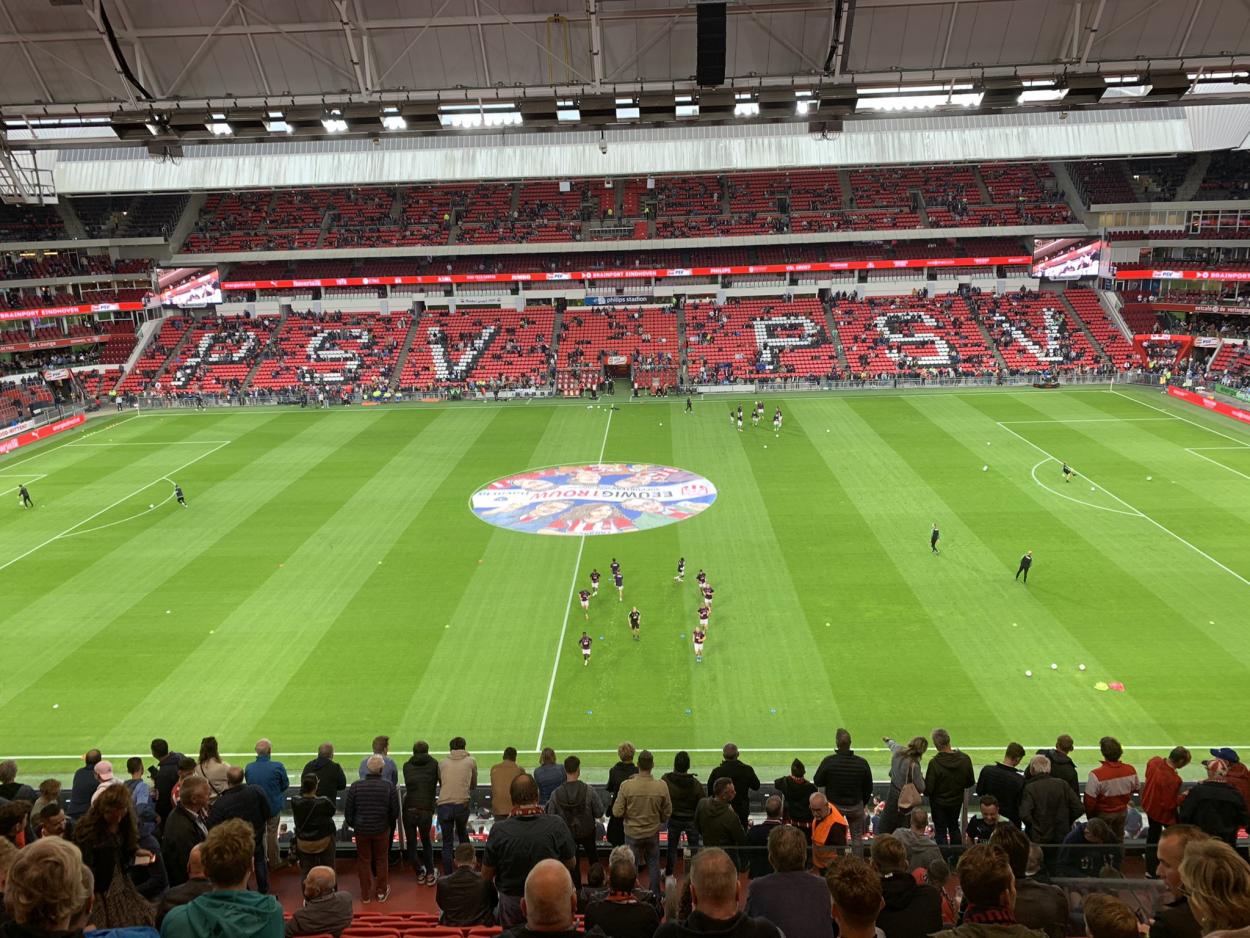 Mario Götze pictured on his arrival at the venue. 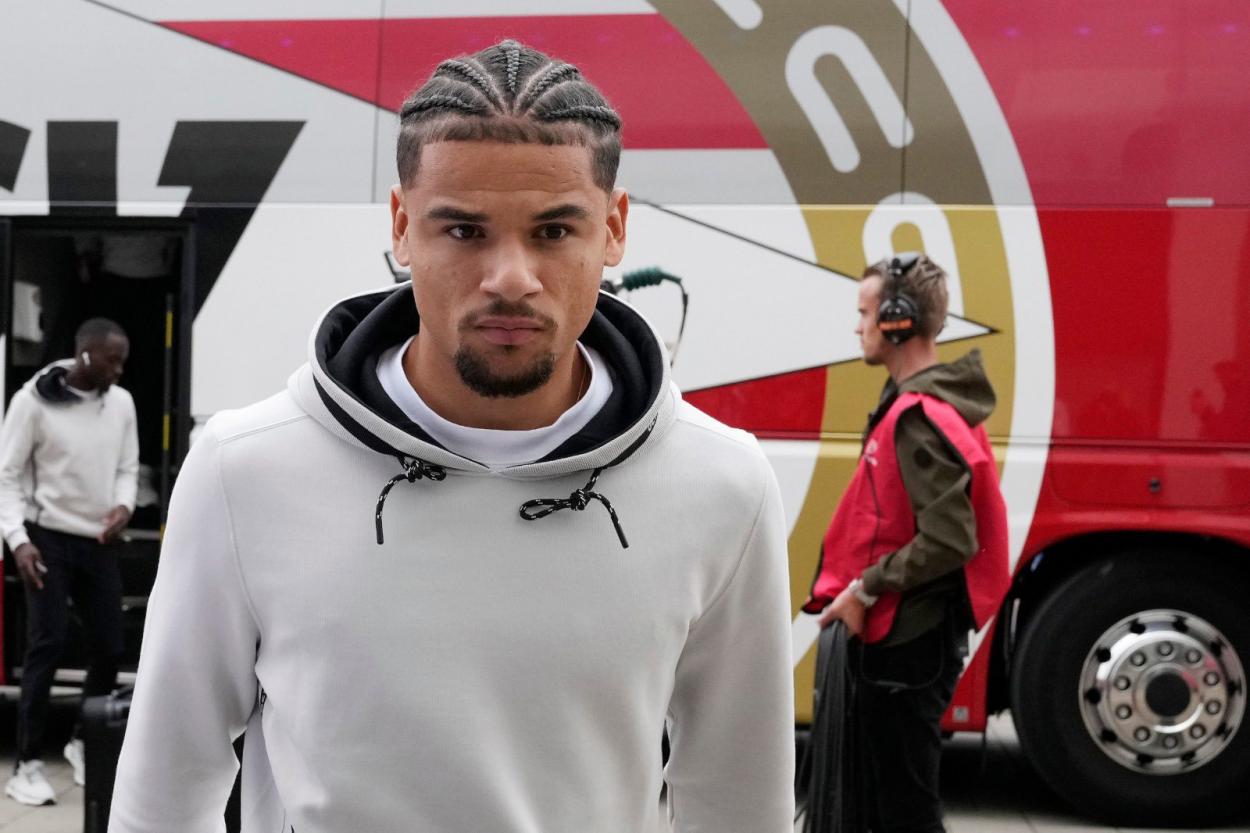 The draw for the UEFA Europa League Group Stage took place this Friday, where PSV will face AS Monaco, Real Sociedad and Strum Graz. It will be the first time the team will play against the latter two, while it will be the fourth meeting against the Principality side.

Two PSV players received good news this morning. Louis van Gaal included Cody Gakpo and Joël Drommel in the Netherlands squad for the qualifiers against Norway, Montenegro and Turkey. They have both made great strides. It's a reward for the hard work they've put in. Gakpo is a great player with a lot of potential. He is our vice-captain and has the ability to lead. I think Drommel also deserves his call-up. He has shown that he can give very good performances in Europe," said coach Schmidt. 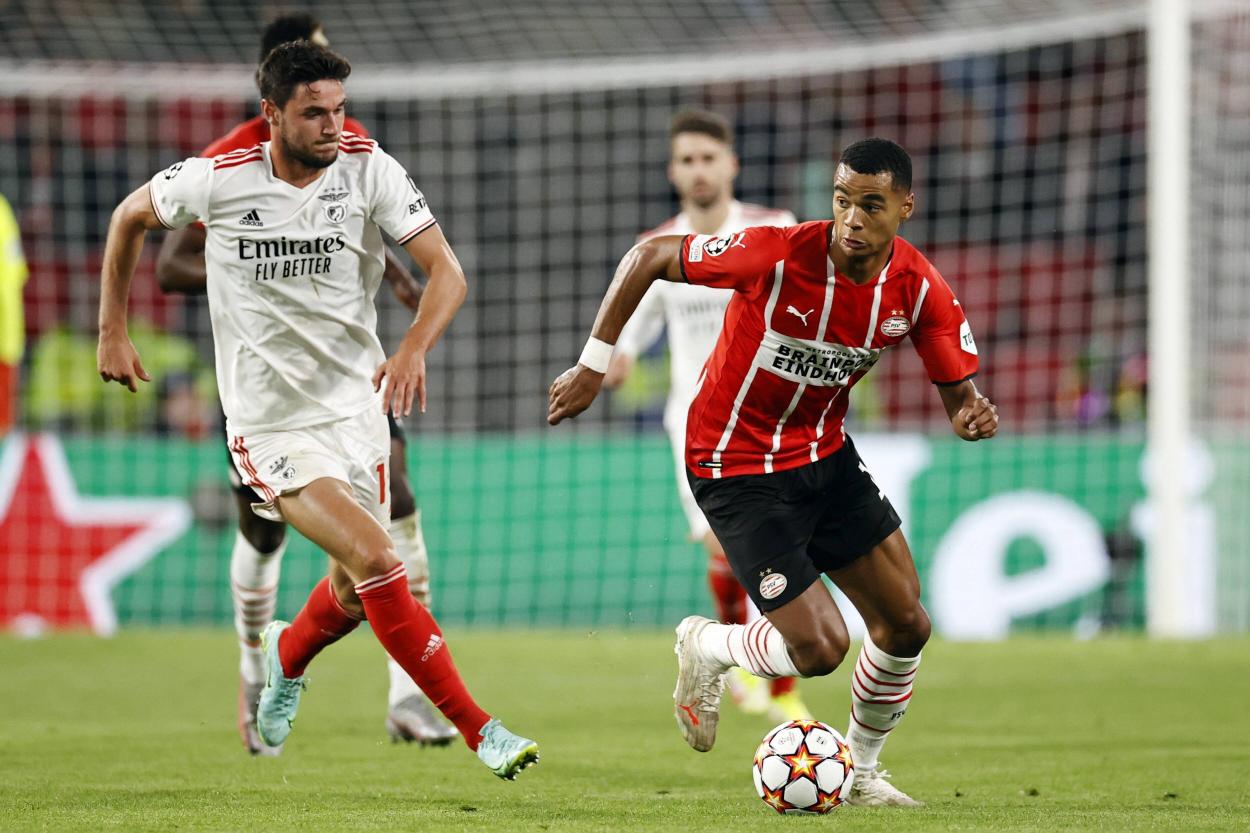 Roger Schmidt's side admitted that PSV have not recovered from the goalless draw against Benfica, but hope to get back to winning ways against FC Groningen. "We are obviously disappointed, but there is always the next game. We want to show that we have progressed by giving a good display in the Eredivisie." 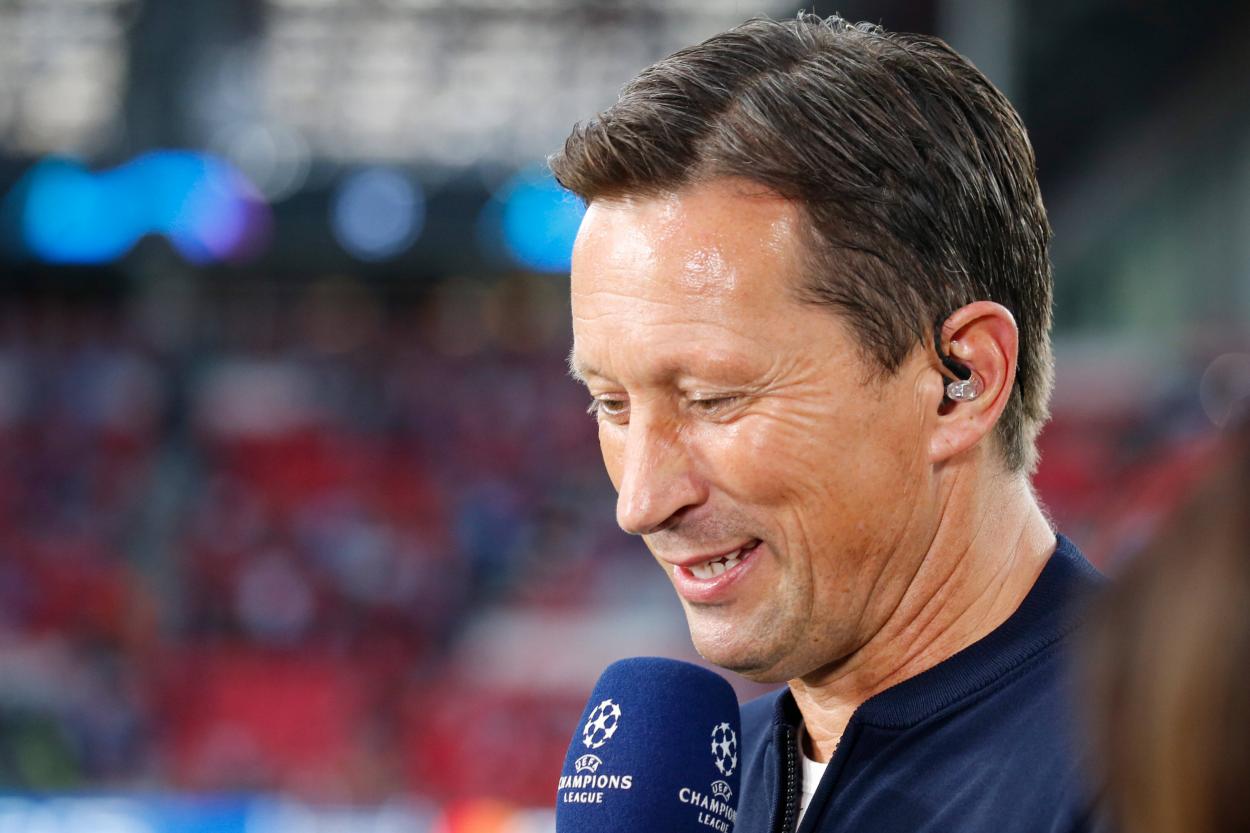 Do not miss a detail of the match with the live updates and commentaries of VAVEL. Follow along with us all the details, commentaries, analysis and lineups for this  PSV vs Groningen match in Eredivisie.
1:34 PM20 days ago

What time is PSV vs Groningen match for Eredivisie?

This is the start time of the game  PSV vs Groningen of 27th August in several countries:

Armindo Tué Na Bangna, a PSV player, played the full 90 minutes in the last match and is becoming one of the men with greater responsibility in the midfield, and now he will be no exception in looking to break the scoreline early. 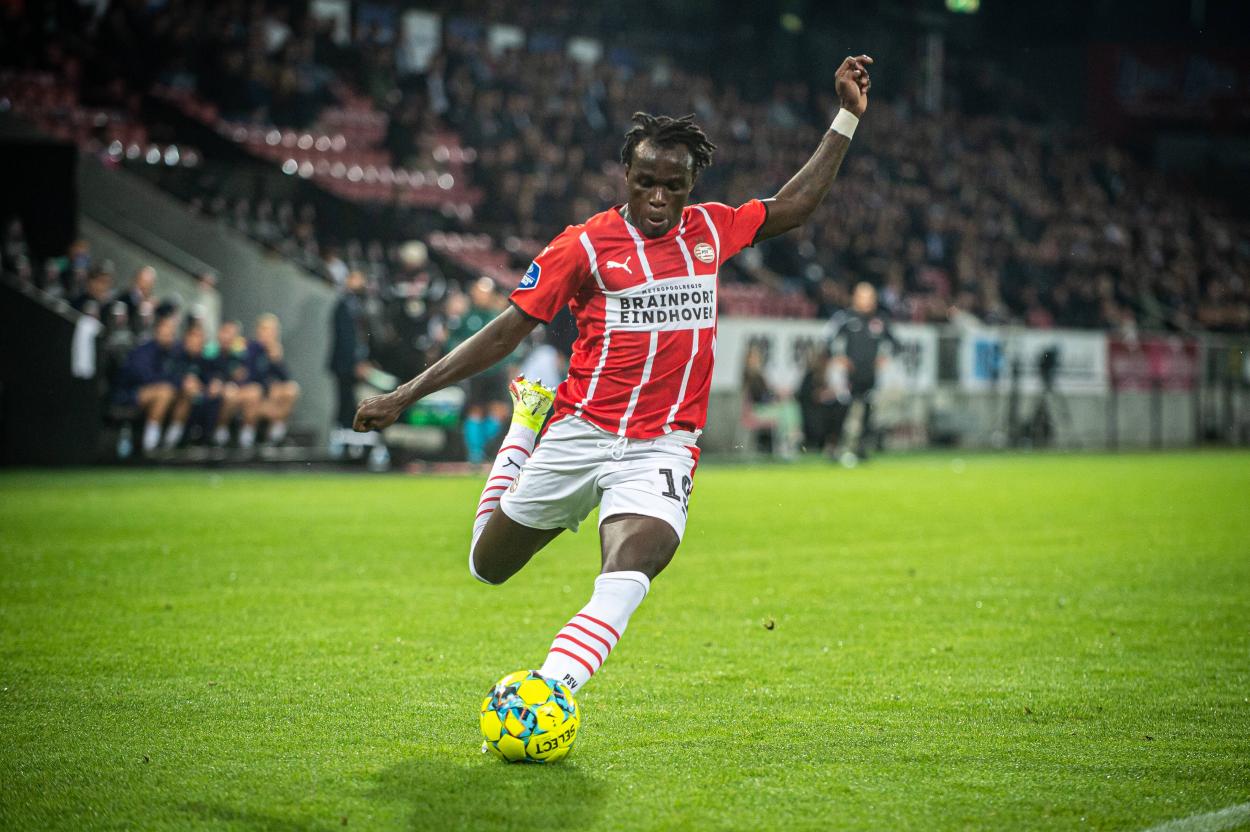 Jørgen Strand Larse will have golden opportunities in his boots in the opponent's goal to put numbers on the scoreboard. In the first game of the competition, thanks to his goal, the green team was able to win. 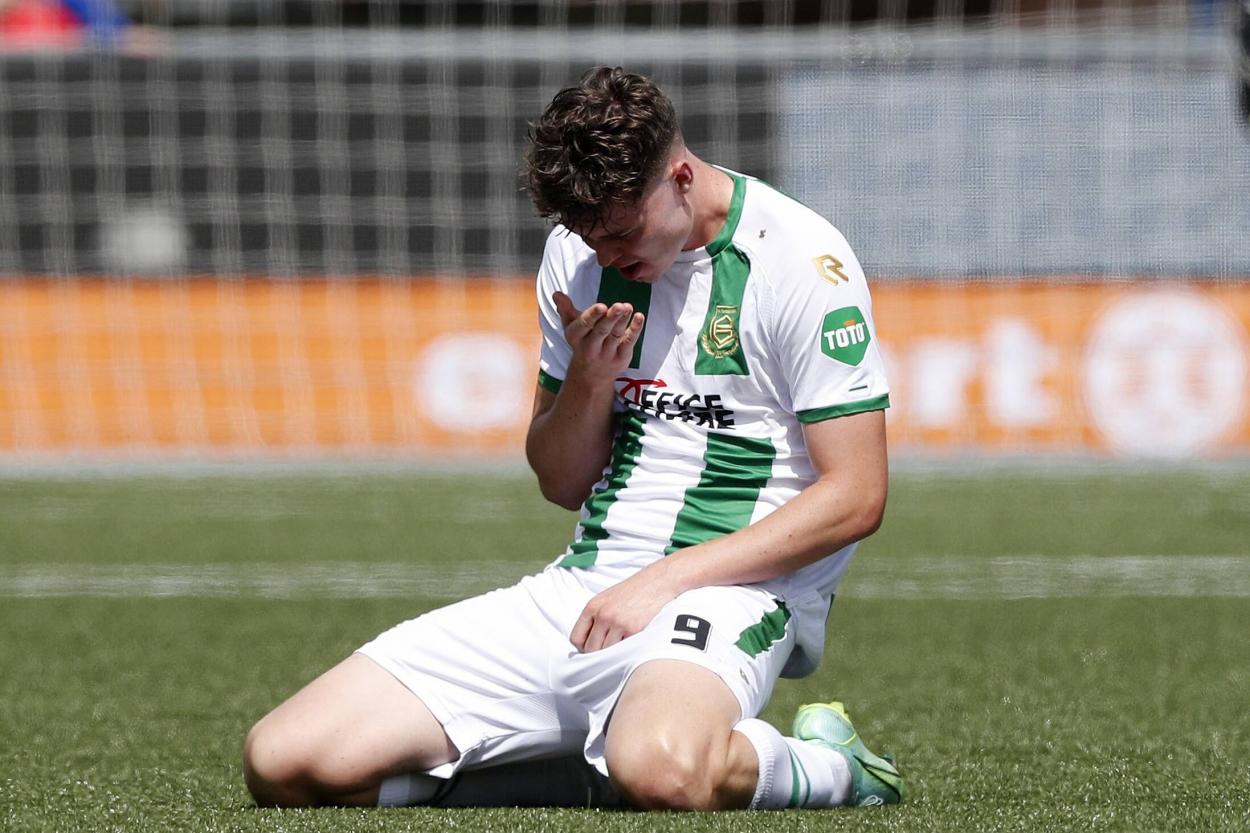 PSV: On the right track

The home team comes into this match after a goalless draw with Benfica in the UEFA Champions League play-offs, a result that left the Dutch team out of the group stage, as they lost 2-1 on aggregate, which means they will now have to settle for the Europa League. However, in the league, PSV remains undefeated and in second place in the overall standings with two consecutive victories. 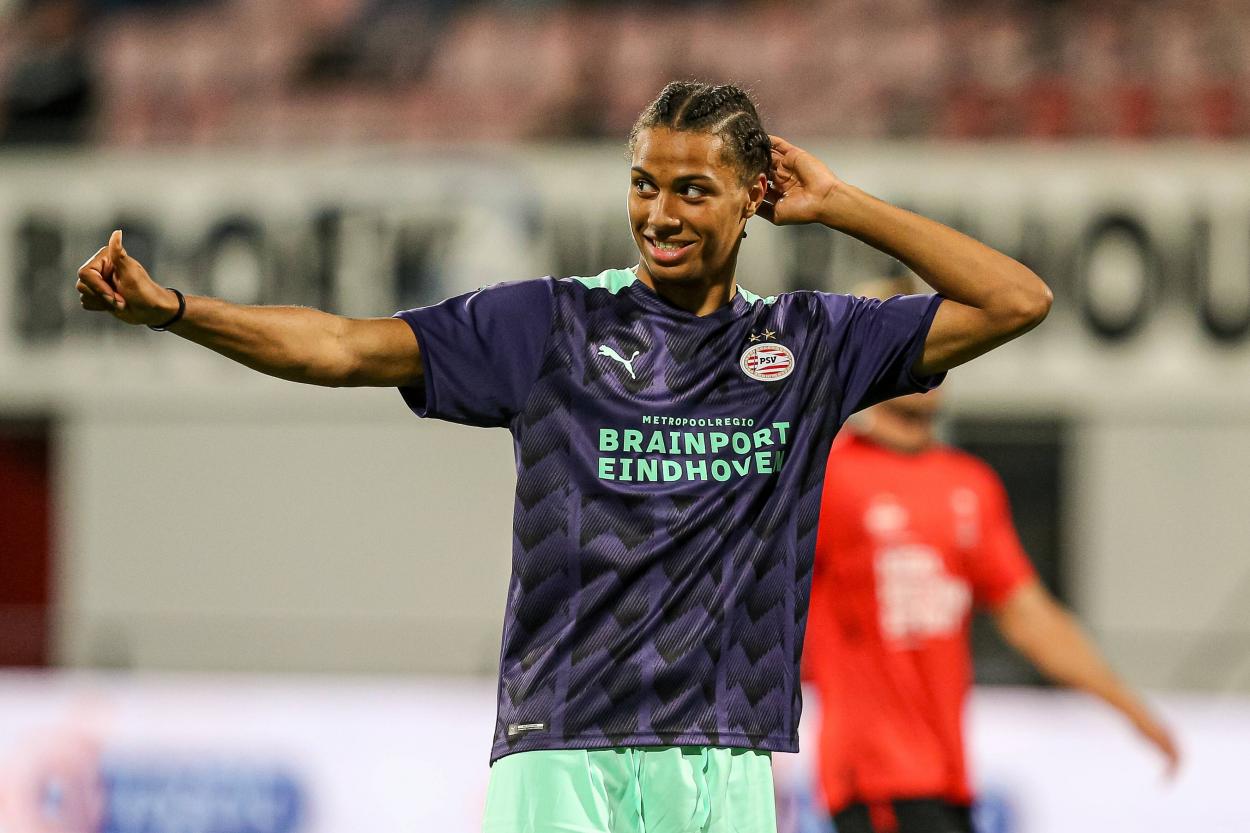 Groningen: For the uncomfortable visit

On the other side, Groningen is coming from a 0-0 draw with Utretch, so they are in the seventh position with 4 points. In the last five matches, Groningen have not won a game or draw against PSV, so they will want to end that bitter streak. 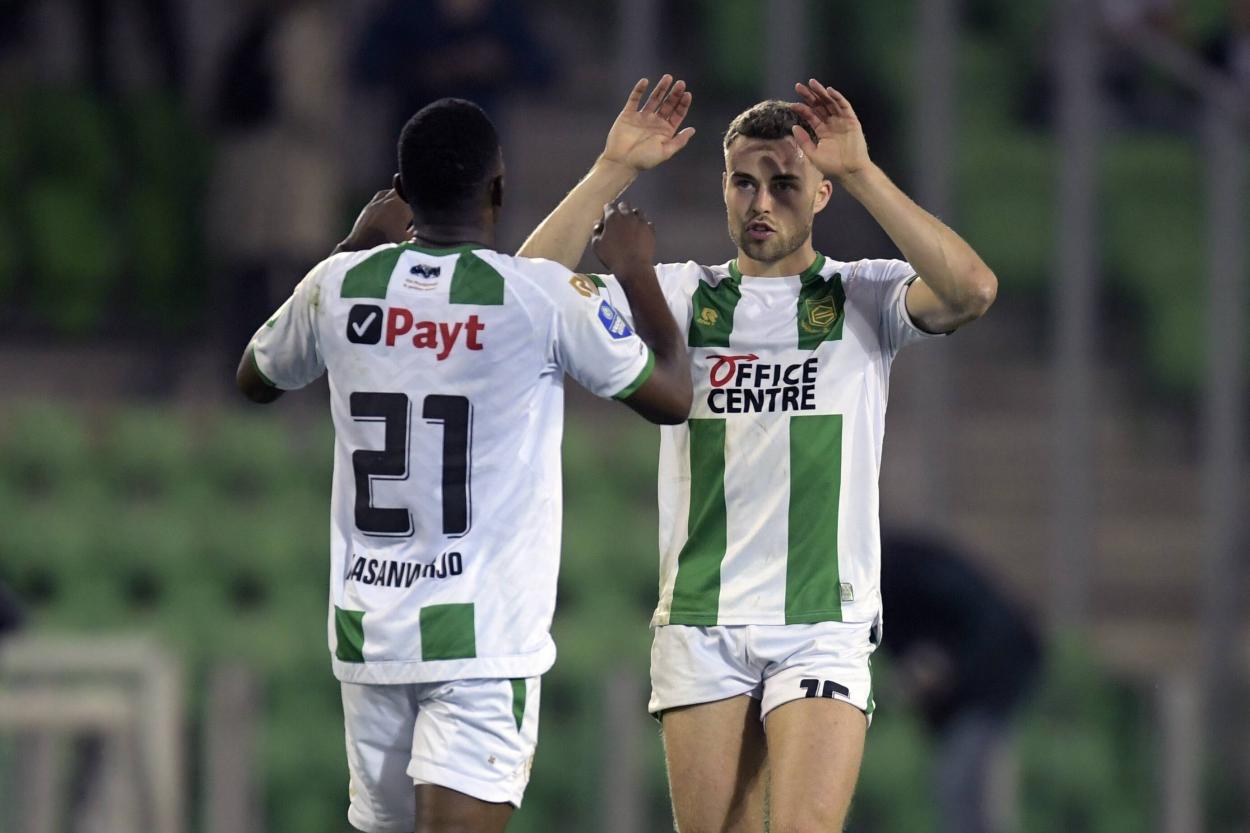 The PSV vs Groningen match will be played at the Philips Stadion. The kick-off is scheduled at 2:00 pm ET.
12:54 PM20 days ago

Welcome to VAVEL.com’s coverage of the Eredivisie 2021:PSV vs Groningen Live Updates!

My name is Claudio and I’ll be your host for this game. We will provide you with pre-game analysis, score updates, and news as it happens live here on VAVEL.