Switzerland wins by two over a Greece side that looked solid in attack
4:42 PM18 days ago

Vladochimos saves! The Greek goalkeeper makes a great save from a corner kick in the last play of the match.
4:37 PM18 days ago

They miss it! Greece gets a chance in front of goal but no one is able to close the diagonal
4:18 PM18 days ago

Post! Pavlidis hits the post, the striker is all alone in front of goal but the ball does not find the net.
4:06 PM18 days ago

Switzerland changes.
Ricardo Rodriguez is out, Jordan Lotomba is in.
Silvan Widmer goes out, Ulisses García comes in.
Eray Comert is out, Ruben Vargas is in.
Djibir Sow goes out, Mcihel Aebischer comes in.
3:59 PM18 days ago

Goal. Zuber perfectly assists Vargas, who takes advantage of the goalkeeper's exit to make it 2-1.
3:57 PM18 days ago

Change of Greece. Emmanouil Siopis and Kostas Tsimikas are out, Dimitris Giannoulis and Andreas Bouchalakis are in.
3:52 PM18 days ago

The complement begins. Soon we will share with you the halftime rafters.
3:36 PM18 days ago

3 minutes of compensation are added
3:20 PM18 days ago

A great play between Pavlidis and Bakasetas down the right flank sees Greece find the equalizer.
3:16 PM18 days ago

Pavlidis gets in a right-footed shot but the ball goes wide of the goal.
3:07 PM18 days ago

Goal. Steven Zuber scores early in the match to make it 1-0 in favor of Switzerland.
2:53 PM18 days ago

First half kicks off between Switzerland and Greece at St. Jakob Park
2:37 PM18 days ago 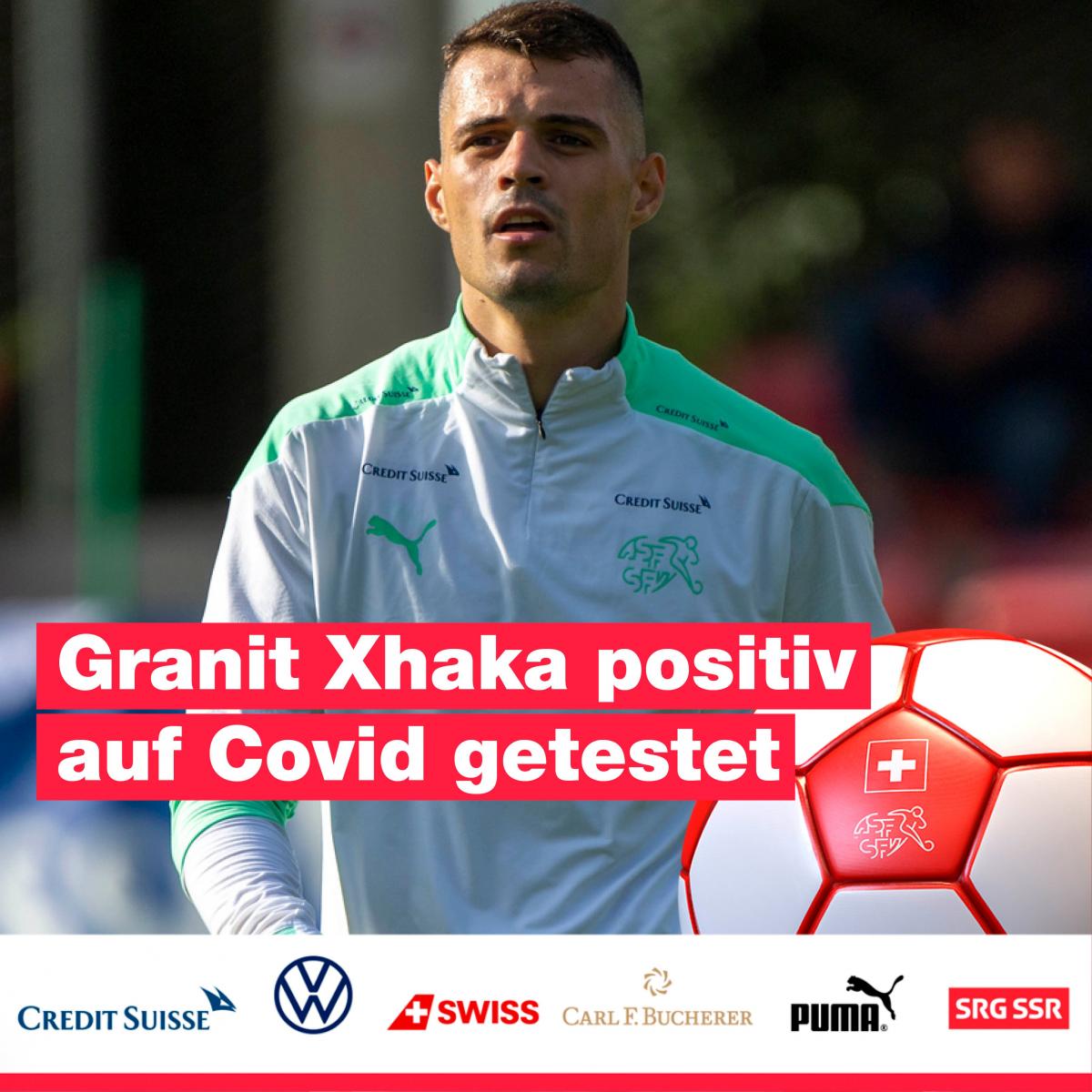 Personal dealings with the players

Vicent Cavin, the new assistant coach of the Swiss national team, spoke about the importance of direct and personal contact with the players. In an interview with #LaMatinaleRTS, he explained that in his job, contact with players is essential because they are "people like any other" and, despite appearances, they do not always have an easy life.
2:17 PM18 days ago

This is what the pitch at St. Jakob Park looks like just a few minutes before kick-off.

We are back and in a few moments we will bring you the starting line-ups for this friendly between Switzerland and Greece.
1:57 PM18 days ago

Do not miss a detail of the match Switzerland vs Greece live updates and commentaries of VAVEL.
1:52 PM18 days ago

How to watch Switzerland vs Greece Live Stream on TV and Online?

If you want to watch the game Switzerland vs Greece live on TV, your options is: Sky Sports.

What time is Switzerland vs Greece match for Friendly match?

This is the start time of the game Switzerland vs Greece of 1st September 2021 in several countries:

Switzerland international Xherdan Shaqiri, Lyon's star signing this summer, has resigned from the Swiss national team for the next three matches, the Swiss Football Association announced on Tuesday.

I have recently trained individually and I don't have the necessary competitive rhythm," he said. In agreement with (coach) Murat Yakin and my team, we have decided on my return to Lyon," Shaqiri said in a statement. Xherdan's absence is also joined by Mario Gavranovic, Loris Benito and Breel Embolo due to injury and health reasons.

In the history of the last matches between these teams, Switzerland hold the advantage with three wins over a Greek win and a draw.

Greece played Matchday 3 of the World Cup Qualifiers group stage in March, drawing 1-1 with Georgia. In June they faced Belgium and Norway, drawing and winning respectively. The next game for the Greeks is against Kosovo on Sunday 5 September.
1:27 PM18 days ago

Switzerland have just reached the quarter-finals of the European Championship, where they lost to Spain on penalties. In the group stage they managed only one win against Turkey, lost to Italy and drew with Wales, and in the Round of 16 they beat France on penalties.
The Swiss will play World Cup Qualifying Matchday 5 against Italy on Sunday 9 September.
1:22 PM18 days ago

St. Jakob Park is a football stadium located in the city of Basel, in the canton of Basel-City in Switzerland. It is the regular home of FC Basel in the Swiss Super League. The "Joggeli", as it is nicknamed by the locals, was originally built with a seating capacity of 33,433.

The capacity was raised to 42,500 for Euro 2008, which was held in Switzerland and Austria, after which several seats were removed, creating more space between them. The capacity was therefore reduced to 38,512 seats for Swiss Super League matches or 37,500 seats for international matches. The maximum capacity for concerts is 40,000 seats.

The St. Jakob Stadium was inaugurated on 25 April 1954 with a friendly international match between the Swiss and German national teams, it also hosted several important matches, including the 1954 World Cup matches and four European Cup Winners' Cup finals in 1969, 1975, 1979 and 1984.

Michael Jackson performed in front of 50,000 people during his Bad World Tour on 16 June 1988. Actress Elizabeth Taylor and singer Bob Dylan attended the show. Jackson planned a Dangerous World Tour concert in Basel on 11 September 1992, but the show was cancelled because the singer was ill. Jackson performed his last Swiss concert in Basel on 25 July 1997 in front of more than 48,000 people during his HIStory World Tour.

The St. Jakob Stadium was demolished in 1998 and the current St. Jakob-Park was built in its place.

St. Jakob-Park hosted seven Euro 2008 games and also hosted the final of the 2016 Europa League in which Sevilla beat Liverpool 3-1. The design is the work of the Swiss firm Herzog & de Meuron, the same people who worked on the Allianz Arena in Munich. 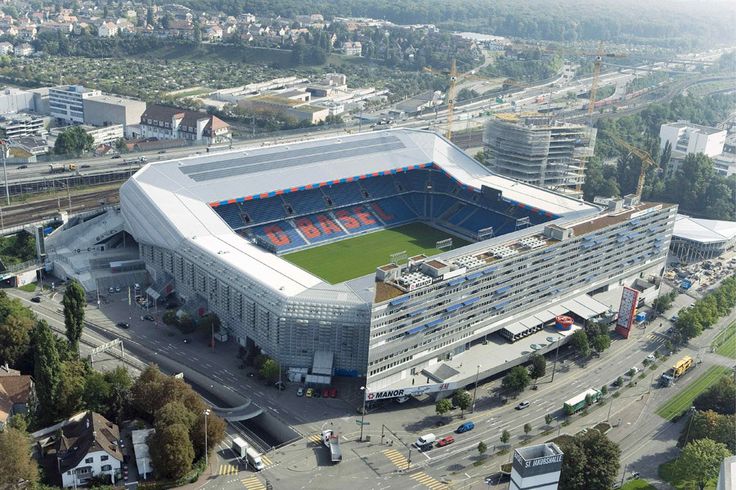 Switzerland will take on Greece in the first FIFA matchday of September at the St. Jakob Park Stadium this Wednesday.
1:12 PM18 days ago

Welcome to VAVEL.com’s coverage of the 2021 Friendly match: Switzerland vs Greece Live Updates!

CF Montréal vs Chicago Fire preview: How to watch, kick-off time, team news, predicted lineups, and ones to watch 18 hours ago
//