Pulido's shot looking to score, but the local goalkeeper ends up keeping the ball.
11:58 PM23 days ago

Double change for LAFC. Farfan and Harvey are replaced by Duke and Murillo.
11:56 PM23 days ago

Penalty! Melia brings down Musovski, who was alone in the box looking for the fourth, the referee does not hesitate to award the penalty.
11:51 PM23 days ago

Goal... NOTHING! Kansas City would score the one for Ilie, but it is chalked off for offside.
11:51 PM23 days ago

Sporting seeks to reach Romero's goal, but fails to get past the defensive line.
11:45 PM23 days ago

Musovski sends his shot at Sporting's goal, but ends up sending the ball wide of the goal.
11:43 PM23 days ago

Goalkeeper! Melia ends up saving the shot that looked for the fourth.
11:40 PM23 days ago

Goal, LAFC goal! The third came from Arango who received a delayed diagonal and did not hesitate to send a shot into the goal, beating the goalkeeper.
11:37 PM23 days ago

The one that got lost! Arango enters the area alone, sends his shot, but Melia saves well and misses the third.
11:34 PM23 days ago

Russell takes a shot inside the area, but it's a ball, he manages to hit the ball well and Romero ends up keeping the ball.
11:31 PM23 days ago

LAFC goal! Fall pops up in the box again and scores his brace of the night with an accurate header.
11:27 PM23 days ago

He's leaving!!! The referee considers Espinoza's stomp on LAFC's 29th player to be a sending-off and decides to send him off.
11:26 PM23 days ago

VAR! The referee will review a strong foul by Espinoza on Arango.
11:20 PM23 days ago

Fall looks for his second, this time taking a shot from outside the area, but the ball goes into the stands.
11:16 PM23 days ago

The complement at the Banc of California in Los Angeles begins.
10:59 PM23 days ago

The first half is over! With Fall's goal, LAFC stays on top on the scoreboard.
10:54 PM23 days ago

The ball is being hotly contested in midfield by both teams in the final stretch of the first half.
10:50 PM23 days ago

Arango failed to get to the ball and Melia ended up keeping the ball.
10:44 PM23 days ago

Good rebound by Fall, preventing Sporting from shooting into the box and equalizing.
10:43 PM23 days ago

Close! Espinoza was encouraged to shoot at Romero's goal, looking for the equalizer, but the ball went wide.
10:37 PM23 days ago

Duke's shot from outside the area passes too close to the opponent's goal.
10:31 PM23 days ago

Goalkeeper! Shot on goal by Jennings, but Melia saves the ball behind.
10:27 PM23 days ago

Goal, goal, goal for LAFC! Fall gets up inside the box and sends a header into the back of the net.
10:25 PM23 days ago

Johnny Russell sends a shot at Romero's goal, but the ball goes wide.
10:21 PM23 days ago

Ibeagha and Murillo try to set up a play between them, but it ends up not paying off.
10:16 PM23 days ago

The meeting kicks off in Los Angeles.
Invalid dateInvalid date
10:03 PM23 days ago

Sporting Kansas City and LAFC are already warming up on the field to get ready for kickoff. 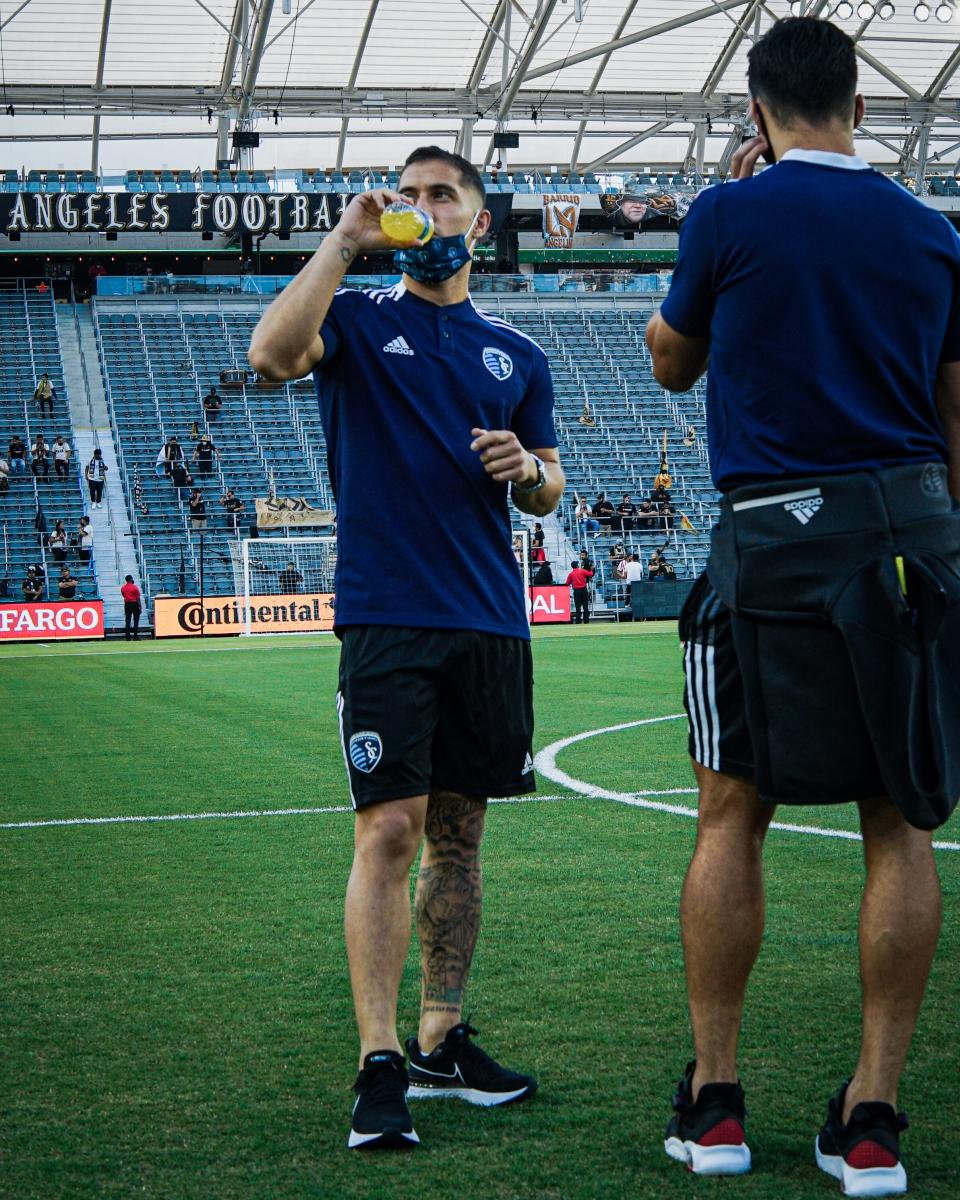 Both teams are already at the Banc of California Stadium, ready to play one more duel in this league, looking for a good result.
9:31 PM23 days ago

Tristan Blackmon, Erik Dueñas, Julian Gaines, Eddie Segura, Álvaro Quezada, Mahala Opoku and Carlos Vela will not be able to play in tonight's match due to various injuries. The local team has many absentees for this match.
9:27 PM23 days ago

Both Sporting and LAFC will be without some of their players due to the FIFA date, a situation that does not mean that the League will be at a standstill, so there will be certain absences.
9:20 PM23 days ago

Sporting KC's Jaylin Lindsey will not be in the match and Nicolas Isimat-Mirin is pending selection by his manager.
9:15 PM23 days ago

LAFC will wear a yellow bow on their jersey tonight to support the fight against children's cancer. 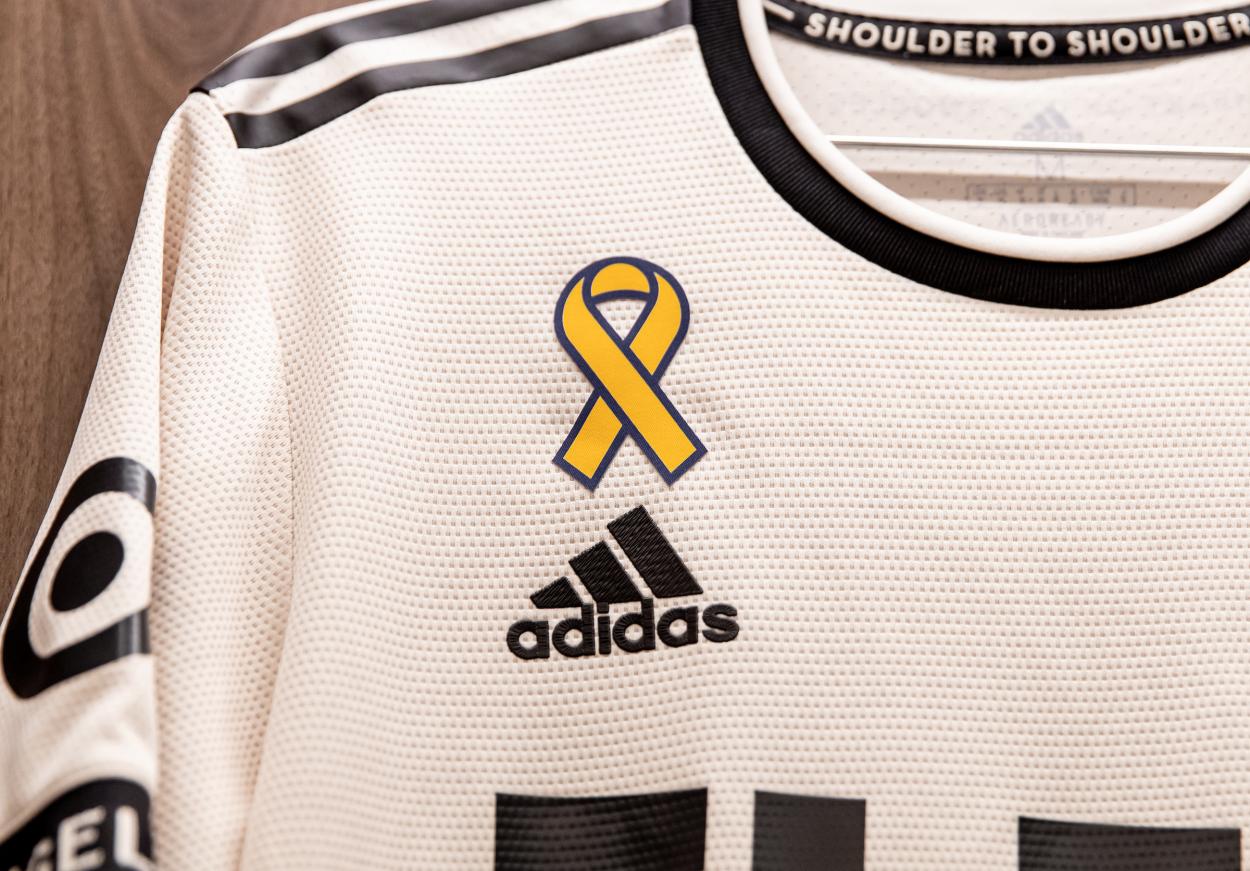 Stay tuned for live coverage of LAFC vs Sporting KC

In a few moments we will share with you the LAFC vs Sporting KC live starting lineups, as well as the latest information from the Banc of California Stadium. Stay tuned to VAVEL's minute-by-minute live online coverage of the match.
9:05 PM23 days ago

How to watch LAFC vs Sporting KC Live Stream on TV and Online?

If you want to watch the game LAFC vs Sporting KC live on TV, your options is: ESPN.

Possible lineups for this match

Defender Tristan Blackmon spoke to the media: "The players will have to step up when some players are gone. The mentality has been good, training has been good, the boys are expecting a good game."
8:50 PM23 days ago

Striker Diego Rossi has been loaned to Fenerbhace, located in Turkey, prior to his departure, he dedicated a few words to the fans of the Los Angeles team: "I say goodbye to #LAFC with the tranquility and happiness of having given everything as a person and as a professional. I really enjoyed the Club, the city and especially you, the fans. It is an honor for me to have scored the first goal in the history of the Club and to accompany the growth that LAFC has had during these years. I thank you all for the love I received and for helping me continue to grow. I take with me the best memories. 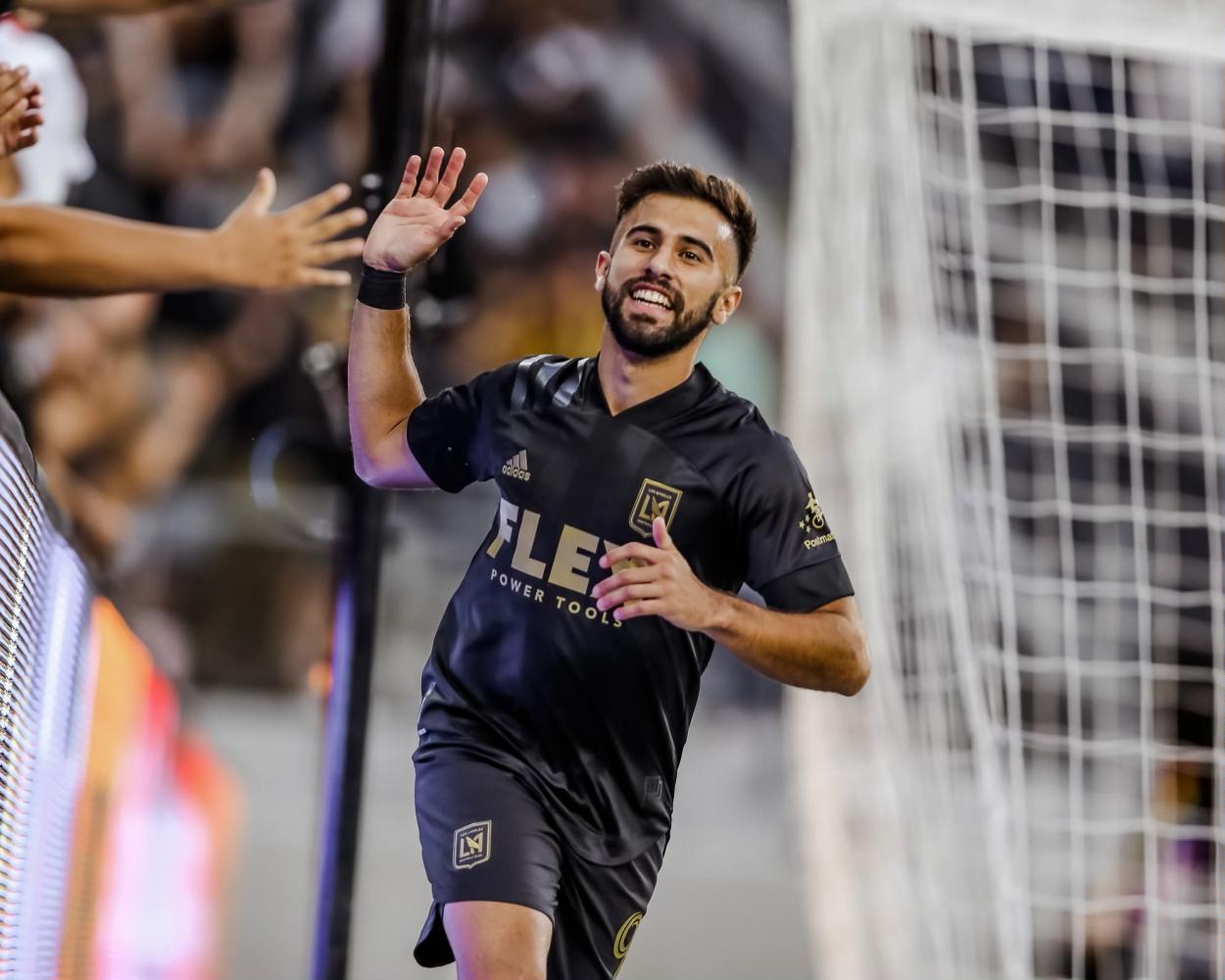 Sporting KC comes into this match in third place with 40 points, the result of eleven wins, seven draws and four defeats. In their last match they drew against Colorado Rapids to one goal. In this match they will be looking for three points from three. 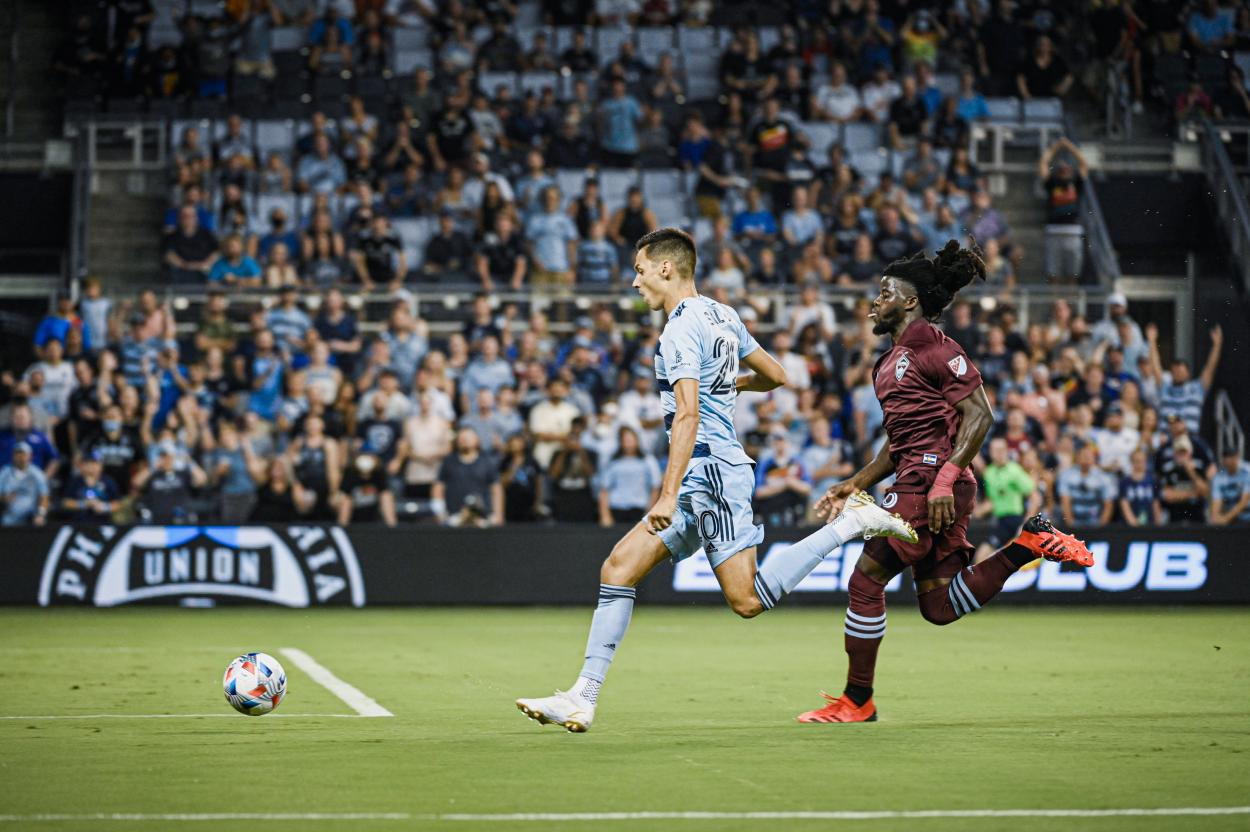 Despite going several games without a win, LAFC played a great match against LA Galaxy, equalizing 3 goals, a situation that would not have ended that way if the defender had not scored in his own goal. For this match, the Los Angeles team will be looking for a win. In the Western Conference table, the team is in eleventh place with 25 points. 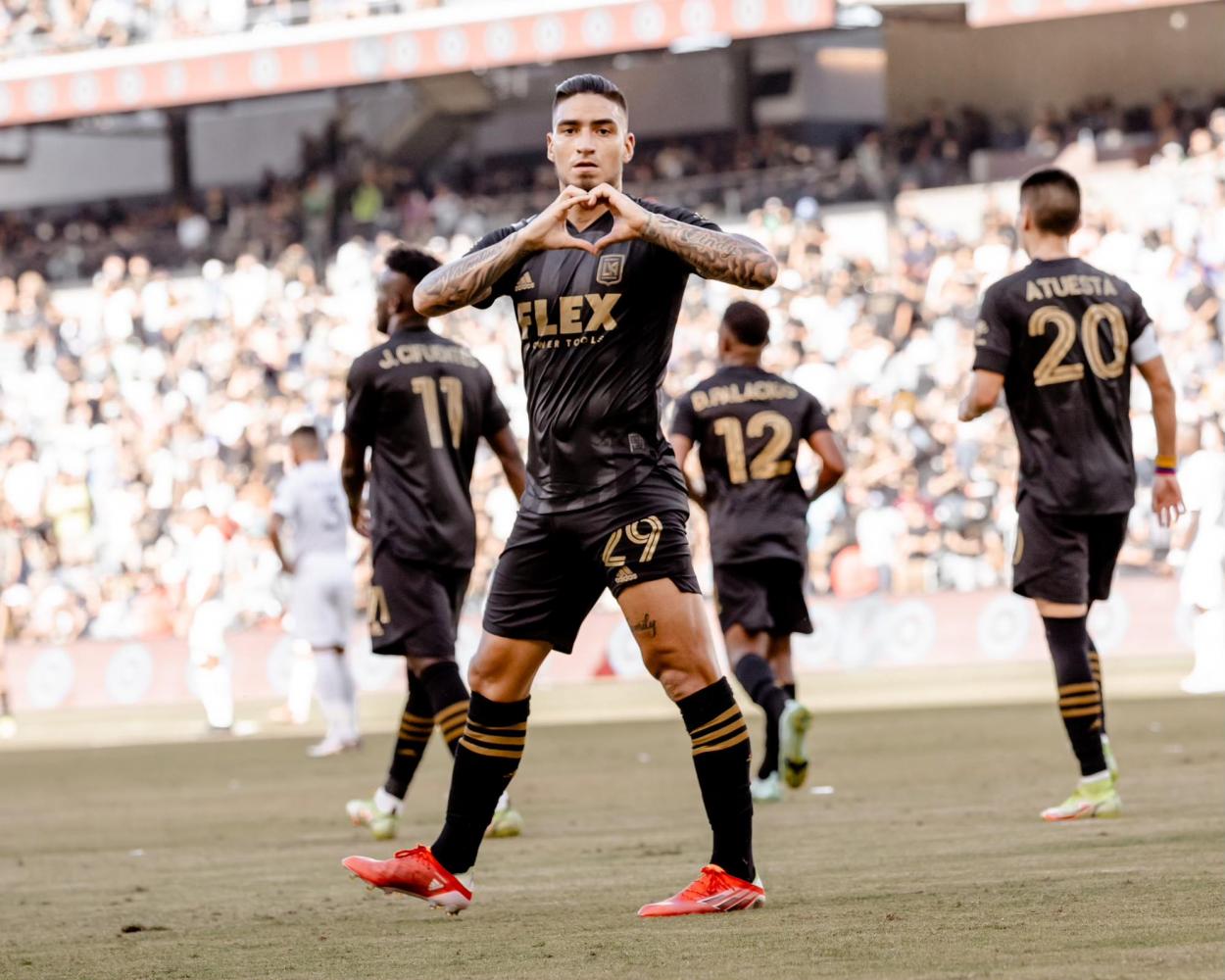 The match will be played at the Banc of California Stadium.

The LAFC vs LA Galaxy match will be played at the Banc of California Stadium located in Los Angeles, California; with capacity for 22,000 people. The fans will be expecting a good match, after the great game they played last week against LA Galaxy. 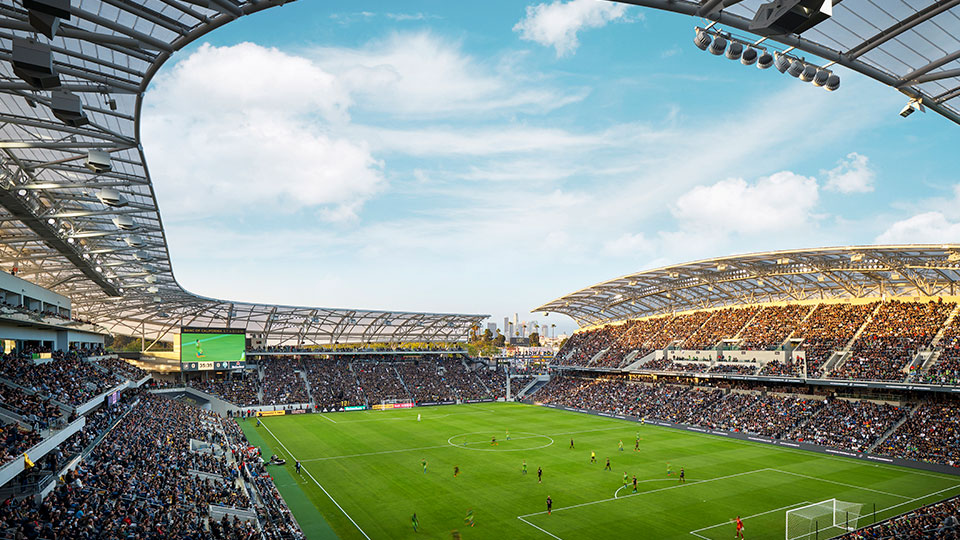 New York Red Bulls vs NYCFC preview: How to watch, team news, predicted lineups and ones to watch 2 days ago

CF Montréal vs Chicago Fire preview: How to watch, kick-off time, team news, predicted lineups, and ones to watch 8 days ago