Thank you for following the broadcast of the game between Qatar and Portugal in a friendly game on the road to the World Cup 2022. Until next time VAVEL friends.
2:49 PM20 days ago

With substitute players, Portugal defeated Qatar, who were down to one man from the first half, which hindered their hopes of a comeback in the second half.
2:39 PM20 days ago

Fernandes with the penalty effectively to increase the lead.

SIlva was pushed inside the area and the referee awarded a penalty kick.
2:30 PM20 days ago

Silva's shot bounces just wide and the goalkeeper manages to save the ball to prevent his goal from falling.
2:26 PM20 days ago

Mendes is replaced by Silva for Portugal.

Qatar made a triple change to try to find an equalizer in the final stretch.
2:17 PM20 days ago

Jota with a header that goes slightly over the top. Portugal close.
2:14 PM20 days ago

Mario and Neves come out

From a set piece, Hassan heads the ball into the back of the net to make it 1-2.

Portugal changes Silva and Moutinho are out  Jota and Fernandes come in.
2:04 PM20 days ago

A delayed diagonal shot that Otávio flies into the penalty area.
2:02 PM20 days ago

Neves has fallen on the field after a strong ball, but it doesn't happen.
2:00 PM20 days ago

With an extra man, Portugal are the masters of the game, although they have now struggled to find the space to increase their lead.
1:51 PM20 days ago

The second half begins between Qatar and Portugal.
1:36 PM20 days ago

Abdullah is replaced by substitute goalkeeper Hassan.
1:32 PM20 days ago

The referee reviews the play on the VAR and decides to send off Qatar goalkeeper Meshal after bringing down Guedes just outside the box.
1:26 PM20 days ago

Silva's shot with little power is saved by the Qatar goalkeeper.
1:24 PM20 days ago

Guedes' shot from outside the area was saved by the goalkeeper, but on the rebound Silva sent it wide when he was all alone to score the third.
1:20 PM20 days ago

Guedes' shot from half distance is saved by the goalkeeper without major problems.
1:16 PM20 days ago

Joao Mário's shot from outside the area passes close to the goal.
1:14 PM20 days ago

Portugal goal
Otávio headed in an identical move to the first goal to double the lead within seconds.
1:12 PM20 days ago

Silva's accurate header to the far post to open the scoring. No offside.

Portugal started to neutralize the midfield and gradually started to have the ball more and more.
1:05 PM20 days ago

Hatem's half-volley, which includes defensive deflections, is saved by the goalkeeper under the three posts.
12:57 PM20 days ago

Silva is caught offside and Portugal's dangerous play is stopped.
12:49 PM20 days ago

The match between Qatar and Portugal kicks off.
12:45 PM20 days ago

The anthems of Portugal and Qatar are played under the FIFA ceremony.
12:36 PM20 days ago

The friendly match between Qatar and Portugal, the first in its history, will kick off in a few minutes.
12:35 PM20 days ago

Two defeats in a row

They will face each other again

These will be the weather conditions that will host this game between Qatar and Portugal.

🌥 Weather conditions in Debrecen ahead of tonight’s game between our 🇶🇦 national team and Portugal 🇵🇹 #QatarInEurope pic.twitter.com/h7ftt57sxb

This is what Qatar's dressing room looks like before kickoff. This match will be played in Hungary.

Portugal arrived at the stadium with a very good atmosphere, remembering that they are the group leaders after beating Ireland 2-1 last Wednesday. 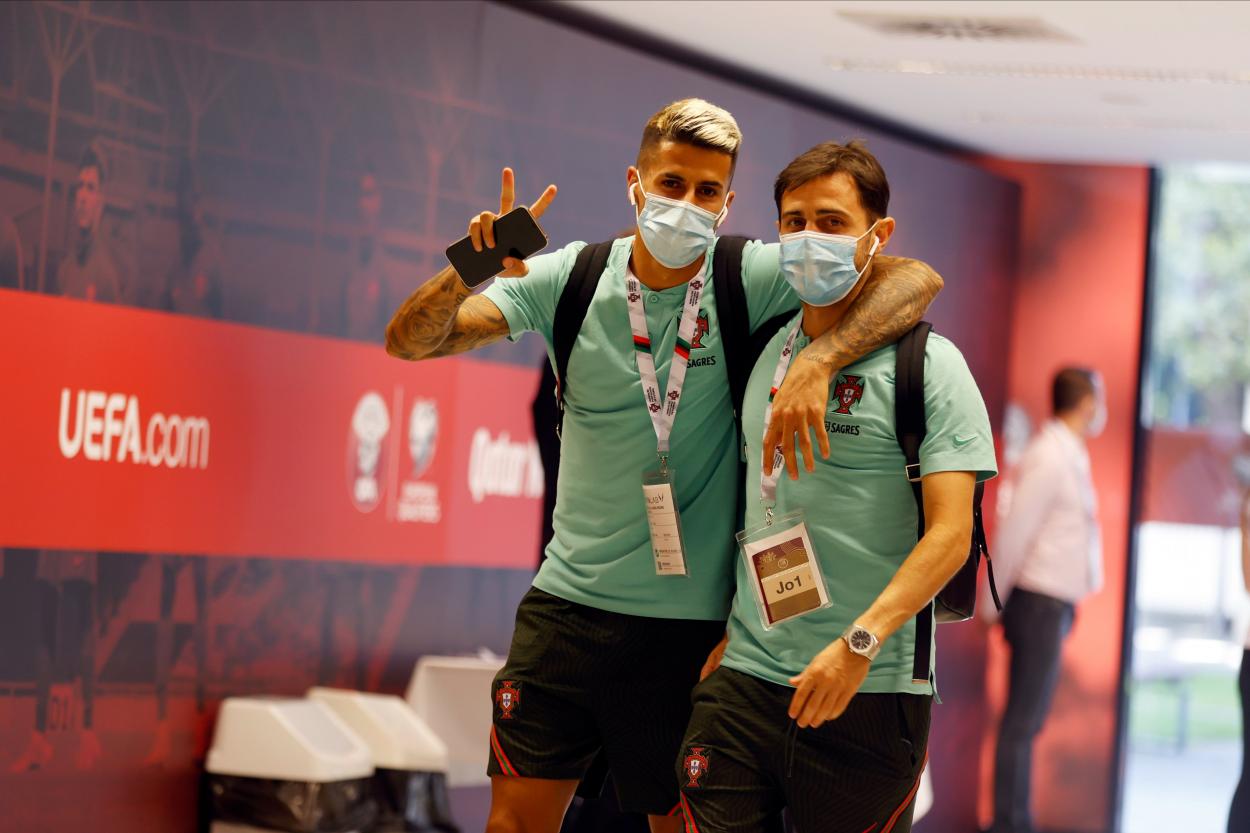 Through its social networks, the Portugal national team shared a video with all the goals Cristiano Ronaldo has scored with the Lusitanian jersey.

Cristiano will not be present

Due to the fact that in one of the celebrations against Ireland Cristiano Ronaldo took off his shirt, the striker will no longer be present with his national team for this FIFA Date and, in fact, he has already reported with his new team Manchester United.
11:51 AM20 days ago

Qatar, the host of the next World Cup, continues with its preparation for the World Cup and now it will be the turn to face Portugal in a friendly game. We begin with the coverage.
11:46 AM20 days ago

Do not miss a detail of the match with the live updates and commentaries of VAVEL. Follow along with us all the details, commentaries, analysis and lineups for this Qatar vs Portugal match.
11:41 AM20 days ago

What time is Qatar vs Portugal match for International Friendly Game?

This is the start time of the game Qatar vs Portugal of 4th September in several countries:

Since Qatar is a country that is just getting to know soccer and being the host of the World Cup, it takes advantage of the FIFA dates to hold preparation games, so this will be the first time it will play against Portugal in any category.
11:31 AM20 days ago

In the absence of Cristiano Ronaldo, the responsibility in attack will fall to Liverpool's Diogo Jota, who did not perform well in the last game against Ireland, but is a player who knows how to find space to create scoring opportunities. 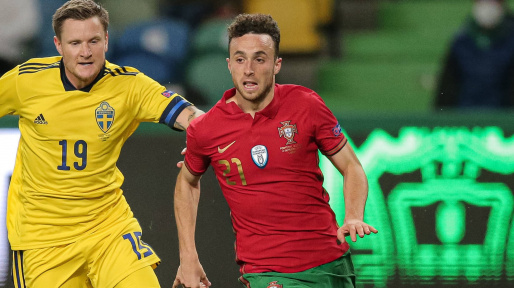 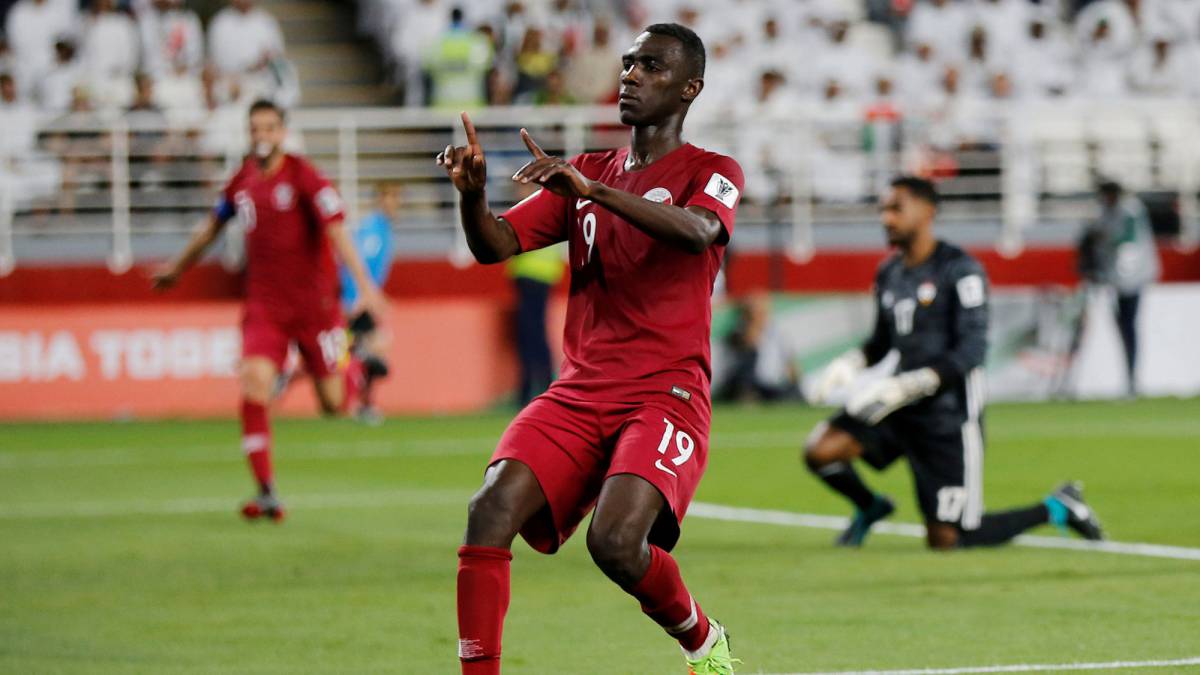 This game, which is between two elimination games, it is likely that the country's coach, Fernandes da Costa, will rotate his squad so that there is no wear and tear in the face of the next game, which is away against Azerbaijan; on Wednesday they turned it around to beat Ireland 2-1.
11:06 AM20 days ago

The host country of the next World Cup, Qatar, continues to prepare for the World Cup in a year's time and will now have a complicated match against Portugal to find out what level they are at; last Wednesday they were beaten 4-0 by Serbia, remembering that in the summer they played in the Gold Cup where they reached the semifinals.
11:01 AM20 days ago

The Qatar vs Portugal match will be played at the Nagyerdei Stadion, in Debrecen, Hungary. The kick-off is scheduled at 12:45 pm ET.
10:56 AM20 days ago

Welcome to VAVEL.com’s LIVE coverage of the International Friendly Game: Qatar vs Portugal!