Thank you for following the San Jose-Colorado MLS telecast. See you next time.
12:15 AM20 days ago

San Jose lost its 10-game unbeaten streak with a narrow home loss to Colorado.
12:06 AM20 days ago

Fierro's header is saved by Yarbrough and four more minutes are added.
11:59 PM20 days ago

Colorado goal. Newly-entered Badji strikes with the inside of the box to open the scoring.
11:56 PM20 days ago

Espinoza's cross that Fierro fails to finish at the far post.
11:55 PM20 days ago

Mezquida knocks down Mexican Fierro and is cautioned.
11:48 PM20 days ago

Mezquina's two-timer and the goalkeeper flies to save his goal.
11:47 PM20 days ago

They called for a penalty on Wondolowski, but neither the referee nor the VAR said there was any foul.
11:42 PM20 days ago

Beason and Salinas came out

In Lewis and out Andre Shinyashiki, Colorado change.

Salinas is swept hard and has been cautioned.
11:29 PM20 days ago

Barrios' shot hits the base of the post, now Colorado has come close.
11:27 PM20 days ago

Another Espinoza shot that easily reaches the goalkeeper.
11:26 PM20 days ago

Galván with a mid-range shot right at the goalkeeper's spot.
11:15 PM20 days ago

The second half begins between San José and Colorado.
10:57 PM20 days ago

Cowell receives the filtered pass, but his shot goes wide and wide.
10:48 PM20 days ago

Barrios' shot from half distance goes into the goalkeeper's hands.
10:41 PM20 days ago

Yarbrough makes a good save to keep out Cadwell's shot.
10:38 PM20 days ago

Few dangerous plays in the area, where San José had the ball for longer without being deep.
10:29 PM20 days ago

Cowell complained about his sweep, but the referee indicated that there was a foul.
10:18 PM20 days ago

Moor in, Abubakar out, Colorado change

Both changes were necessitated by a clash of heads.

Abubakar has been cautioned, for Colorado.
10:13 PM20 days ago

The match between San Jose and Colorado begins.
9:59 PM20 days ago

We are minutes away from the start of the game between San Jose and Colorado to close the Saturday MLS matchday.
9:45 PM20 days ago

In case you missed it, this is how Colorado arrived in California, remembering that in that state it is two hours longer compared to the time in the central United States and Mexico.

Many San José fans are of Mexican origin, a situation that has been highlighted by the arrival of Alanís and López from Chivas Guadalajara. 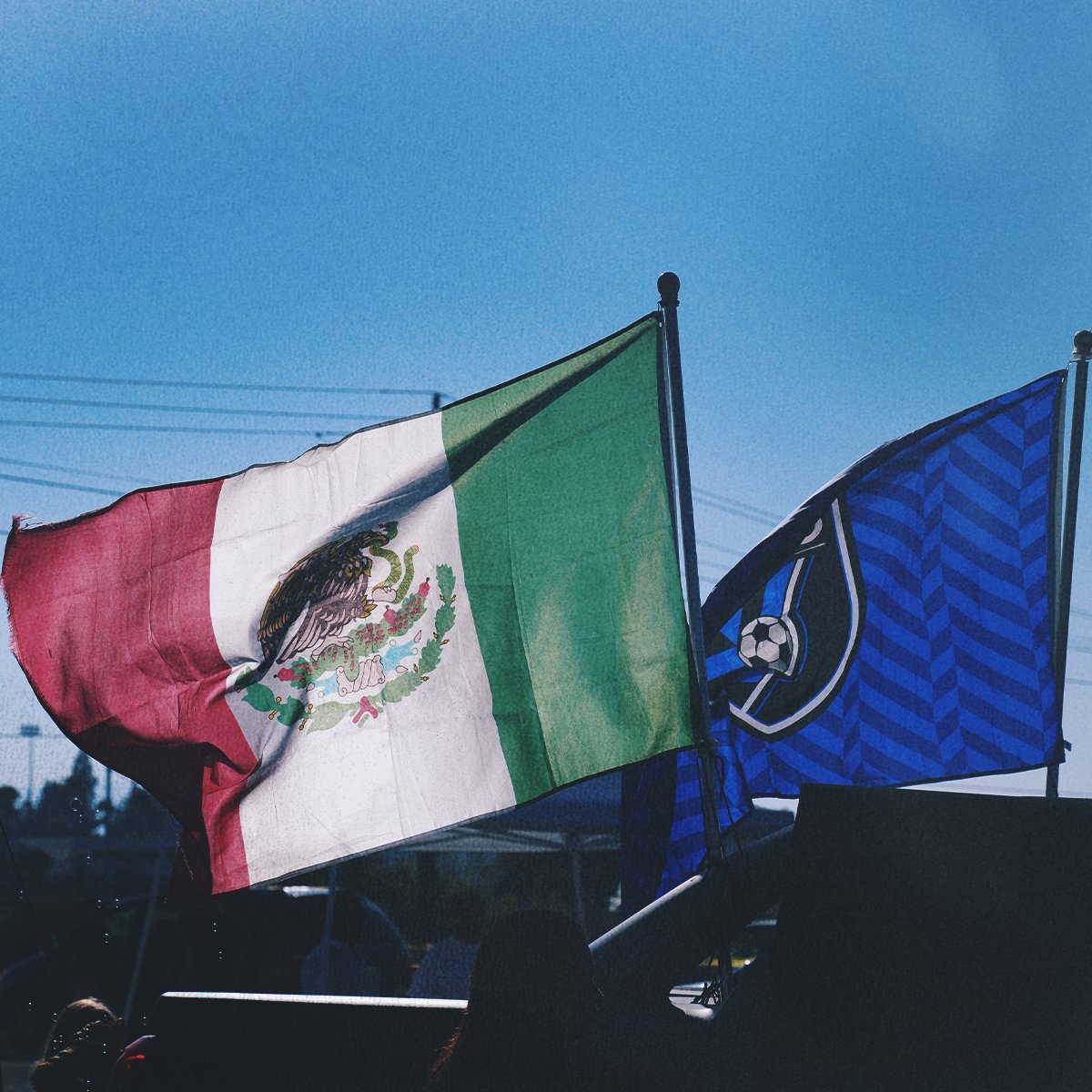 With the help of the "Tigres del Norte" and in a very creative way, San Jose Earthquakes presented tonight's lineup.

The last time San Jose and Colorado met was last July in Colorado where they shared points after a 1-1 draw. Cole Bassett scored for the home side and Javier López scored for the visitors.
9:11 PM20 days ago

San Jose has now gone 10 straight games without a loss, most notably last week's 2-1 away win over the LA Galaxy.
9:09 PM20 days ago

San Jose will be looking to continue their winning streak when they take on Colorado Rapids in the closing match of Saturday's MLS matchday. We begin our coverage.
10:20 PM21 days ago

Do not miss a detail of the match with the live updates and commentaries of VAVEL. Follow along with us all the details, commentaries, analysis and lineups for this San Jose Earthquakes vs Colorado Rapids MLS match.
10:15 PM21 days ago

What time is San Jose Earthquakes vs Colorado match for MLS?

This is the start time of the game San Jose Earthquakes vs Colorado of 28th August in several countries:

The last four matches have favored the Rapids with two wins and two draws, a situation they will look to repeat once again in California.

Little is said about Jack Price, but what he has done throughout the season has been pivotal with seven assists and he is in the top five in the league, so his passing could be the key weapon should the game get locked up. 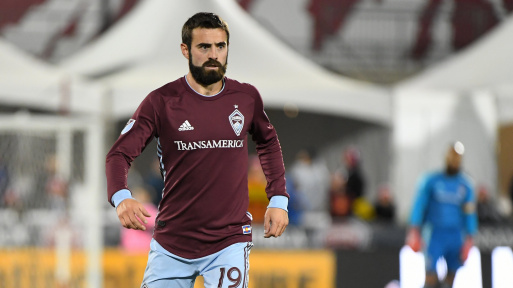 Mexico's Javier Lopez has earned the starting role under "El Pelado", being key to the team's rebound and, above all, in the generation of the attack in the final third of the field. 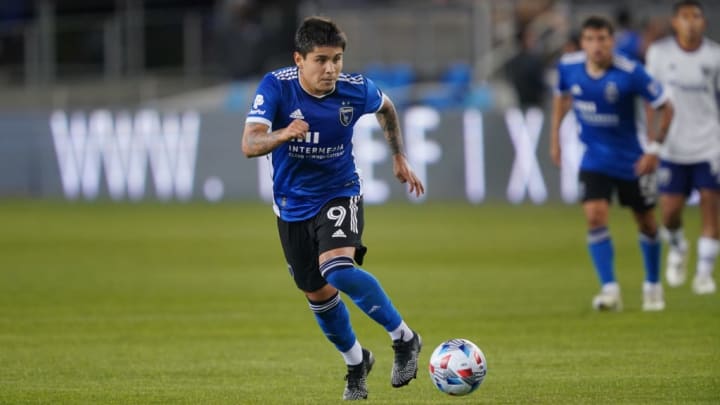 Colorado has been one of the most solid teams in the Western Conference with 38 points and six games without defeat. They are coming off a 1-1 draw away to Kansas City and are four points behind the Seattle Sounders.
9:40 PM21 days ago

The final stretch of the MLS is approaching and although San José has had an upturn in the last few weeks, it is still out of the standings, so it needs to win and take advantage of its home condition. They are in high spirits after defeating Javier Hernandez's LA Galaxy 2-1 as visitors.
9:35 PM21 days ago

The San Jose Earthquakes vs Colorado match will be played at the PayPal Park Stadium, in San Jose, United States. The kick-off is scheduled at 9 pm ET.
9:30 PM21 days ago

Welcome to VAVEL.com’s LIVE coverage of the 2021 MLS: San Jose Earthquakes vs Colorado!

New York Red Bulls vs NYCFC preview: How to watch, team news, predicted lineups and ones to watch 16 hours ago

Chicago Fire vs New England Revolution preview: How to watch, kick-off time, team news, predicted lineups, and ones to watch 4 days ago

CF Montréal vs Chicago Fire preview: How to watch, kick-off time, team news, predicted lineups, and ones to watch 7 days ago

D.C. United vs Chicago Fire preview: How to watch, kick-off time, predicted lineups, and ones to watch 10 days ago
//