It's over!!! Peru ends up asking for the hour and beats Venezuela by the minimum.
10:52 PM19 days ago

Peru looks for the second, but the visitors' defense is tight.
10:45 PM19 days ago

Bello's shot from inside the area hit Carrillo, but he missed a clear chance.
10:44 PM19 days ago

Change of Peru. Renato Tapia comes off and Wilder Cartageno takes his place.
10:43 PM19 days ago

Changes in Peru. Paolo Guerrero and Christian Cueva are substituted by Gianluca Lapadula and Saúl Ruidíaz.
10:32 PM19 days ago

Good intervention by Renato Tapia, preventing Venezuela from shooting in the area.
10:28 PM19 days ago

Change in Venezuela. Soteldo comes off for Rómulo Otero.
10:25 PM19 days ago

Excellent sweep by Ferraresi prevents the striker from being left alone in front of Fariñez.
10:24 PM19 days ago

Goal of... Disallowed! Gonzalez was heading the ball into Fariñez's goal, but the referee signals offside.
10:21 PM19 days ago

Double change for Peru. Raziel García and Chistofer Gonzáles are substituted by Edison Flores and Yoshimar Yotún.
10:15 PM19 days ago

Goalkeeper! Martínez's shot that Gallese ended up denying after diving to prevent the ball from going in.
10:11 PM19 days ago

Lapadula's shot, but Chancellor makes a well-timed save to prevent the second.
10:05 PM19 days ago

Change in Venezuela. Mikel Villanueva comes off for Jhon Chancellor.
9:50 PM19 days ago

At the end of the first half, Peru wins by the minimum and the Venezuelans are without their captain due to a double yellow card.
9:46 PM19 days ago

Yotún stops well and ends up stealing the ball from Savarino, who was about to shoot at goal.
9:43 PM19 days ago

He's leaving! Tomás Rincón receives a second yellow card for a foul on Cueva, leaving his team with ten men.
9:36 PM19 days ago

Goal, goal, goal for Peru! Cueva appears after a defensive error and sends the ball into the back of Fariñez's goal.
9:28 PM19 days ago

The one that got lost! Savarino counter-attacked, but the ball went into the stands.
9:23 PM19 days ago

Carrillo sends a shot on goal, but the visitors' backline prevents the first goal from going in.
9:21 PM19 days ago

Close! Lapadula shoots inside the box, but the ball hits the outside of the goal.
9:15 PM19 days ago

Close! Cueva fires a shot, but it only passes close to Fariñez's goal.
9:14 PM19 days ago

Few chances to reach the opponent's goal, the ball is very disputed in the midfield.
9:03 PM19 days ago

The match kicks off at the National Stadium, both Peru and Venezuela will be looking for a victory.
8:58 PM19 days ago

Venezuela is also at Peru's home, where they will be looking for a good result in search of three points.
8:38 PM19 days ago

On their way to the National Stadium, the Vinotinto fans were present outside the hotel, supporting their team before the match.

The Peruvian national team is already at the National Stadium, ready to seek victory in this match against Venezuela. 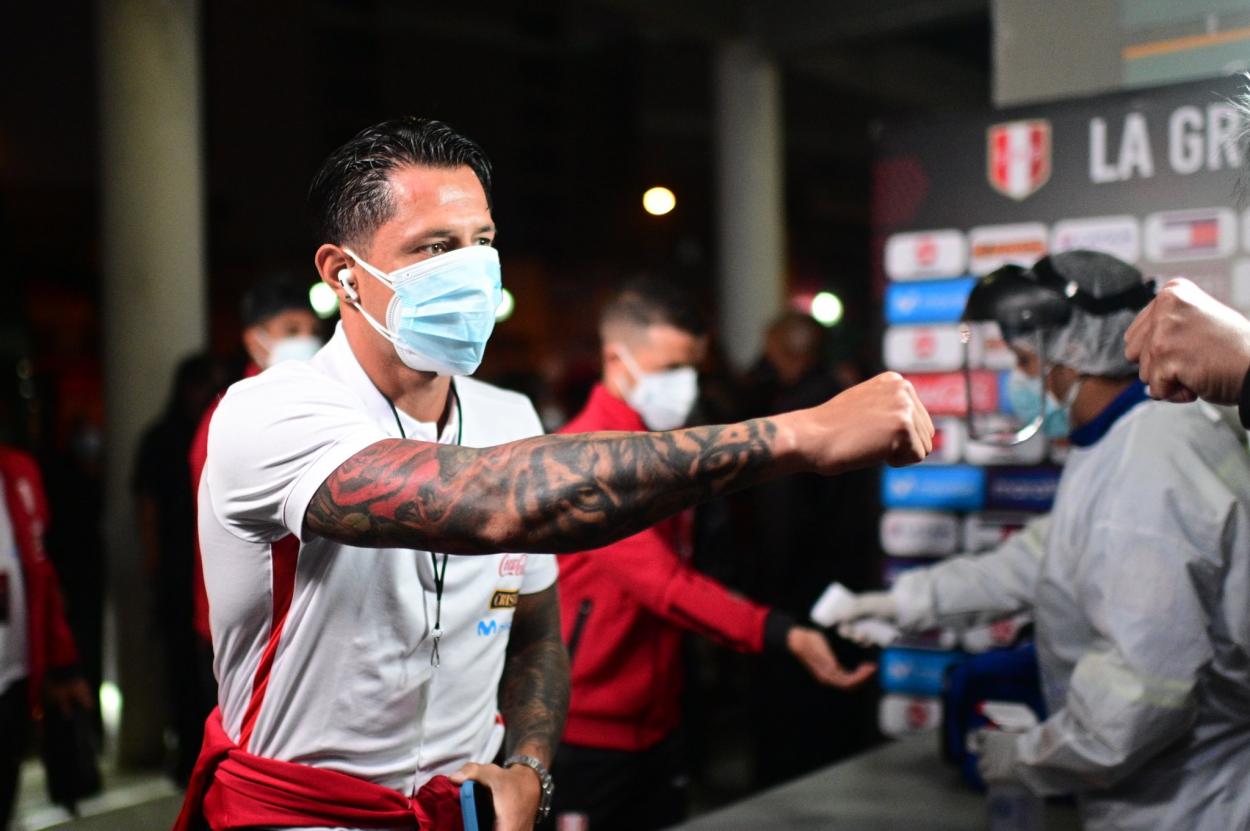 Adrián Martínez received a red card after a hard tackle on Messi, a situation that puts his coach in trouble, a tough loss for the Vinotinto.
8:23 PM19 days ago

Player number twelve for both Venezuela and Peru is starting to show up at the National Stadium, ready to support their respective national teams.
8:18 PM19 days ago

Óscar González, Venezuelan player, sent a message to the fans before the game: "I ask the fans to continue believing and trusting in us. At no time does a team want to lose, nor does it want to do badly. Being on this side makes it clearer. I ask them for that support, which is very important for the national team, beyond seeing things negatively, to have faith in God and in this group every time they take the field.
8:13 PM19 days ago

These are three times that these two teams have tied, prior to the Copa América match where Peru defeated Venezuela by the minimum. However, Venezuela has never been able to win in Lima, with 6 defeats and two draws in the qualifiers.
8:08 PM19 days ago

Stay tuned for the Peru vs Venezuela live stream

In a few moments we will share with you the starting lineups for Peru vs Venezuela live, as well as the latest information from the Estadio Nacional. Stay tuned for up-to-the-minute live online coverage of the match on VAVEL.
8:03 PM19 days ago

How to watch Peru vs Venezuela Live Stream on TV and Online?

If you want to watch the game Peru vs Venezuela live on TV, your options is: Fubo Sports Networks.

If you want to directly stream it: Streaming services and Fubo Sports Networks app.

Leonardo Gonzalez declared after a resounding defeat against Argentina: "It was an intense match, they were trying to get to us through the flanks. But we had control of the match, we were well balanced".
"What we regret most about the first half and the match is the injury to Sema Velázquez. It's a pity for his health. The expulsion then conditions everything, we were left with 10 players and it makes everything difficult for us".
"I saw attitude and desire. They gave their all on the field. Despite being with ten players, this team kept running and tried to play. It is difficult to face Argentina eleven against eleven and with one less, you can imagine".
7:53 PM19 days ago

Ricardo Gareca spoke after facing and drawing against Uruguay: "The most important thing is that the team is highly competitive. The signs of affection from the people tell me that they still believe in us".

"We will see how the players recover. I would rather focus on what happened today."

"We are in a position to improve in our home condition. Uruguay was a very difficult opponent, we are trying to rediscover our game."
Paolo Guerrero also dedicated a few words to the media: "It's my first 90-minute match since my return, I felt good. In fact, I want to feel more confident. Sometimes I feel under a lot of pressure, so as I work with my teammates I think I will feel more comfortable to get back together with them".

"I want to feel more confident, sometimes I feel pressured."

Venezuela has only scored one point in the seven matches of the qualifiers; their last match was against Argentina and they lost by a landslide, Yeferson Soteldo scored for the vinotinto, but it was not enough. For this match, Adrian Martinez will not see action, as he was sent off in the match against the Albiceleste. 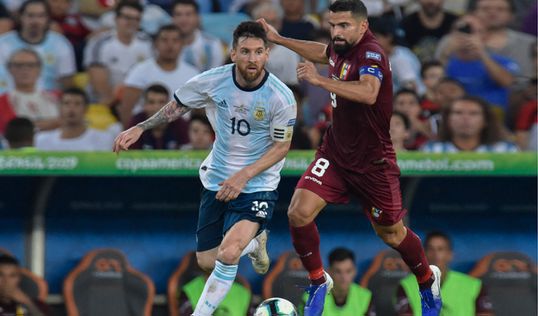 At the bottom of the table

Peru's situation is very complicated, the Peruvians arrive after tying against Uruguay with a goal by Renato Tapia; however, throughout these qualifiers they have only scored three points on one occasion, they have two ties and four defeats, so they are in the penultimate position. 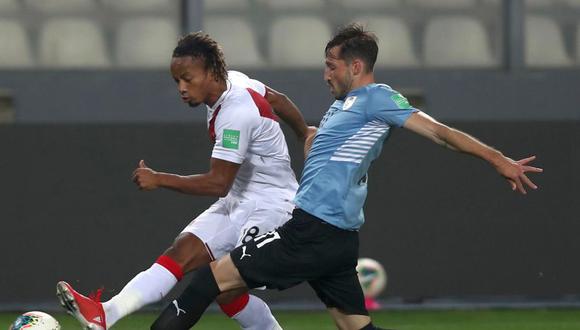 The match will be played at the National Stadium of Peru.

The Peru vs Venezuela match will be played at the National Stadium of Peru located in Lima, Peru; with capacity for 50,000 people.
7:33 PM19 days ago

Chicago House AC vs Michigan Stars FC preview: How to watch, kick-off time, predicted lineups, and ones to watch 21 hours ago
//