Italy and Switzerland are back on the pitch on Wednesday (8) at 15:45. Italy plays against Lithuania, while Switzerland faces Northern Ireland.
Standings provided by SofaScore LiveScore
4:41 PM19 days ago

End of the match and both teams are still at zero, taking one point home each!
4:37 PM19 days ago

Substitution in Italy: Insigne left and Raspadori came in.
4:34 PM19 days ago

Frei carted Chiesa, who was passing through the defenders, and was yellow-carded for the foul!
4:31 PM19 days ago

Substitution in Switzerland: Seferovic out, Zeqiri in.
4:30 PM19 days ago

Zakaria received the ball inside the box and hit it hard, in the goalkeeper's corner, but out of the way, after Donnarumma's save!
4:29 PM19 days ago

Chiesa tried his shot from outside the area and, with deviation, sent it over the goal. At Zaniolo's corner, Sommer floated the ball away!
4:23 PM19 days ago

Substitution in Italy: Locatelli left and Verratti came in.
4:19 PM19 days ago

Insigne was released in the middle, dominated the ball and hit a low shot, but Sommer sprawled it, getting the ball in two strokes!
4:18 PM19 days ago

Substitution in Switzerland: Steffen is out and Fassnatch is in.
4:10 PM19 days ago

Triple substitution in Switzerland: out went Sow, Zuber and Ricardo Rodríguez for Garcia, Vargas and Zakaria.
4:06 PM19 days ago

Yellow card to Frei, for stopping a counter-attack. And a double substitution in Italy: Immobile and Berardi are out for Zaniolo and Chiesa.
3:59 PM19 days ago

Jorginho went for the ball in his well-known way of hitting and sent it close to the middle of the goal, but Sommer didn't come out on the ball and kept it!
3:58 PM19 days ago

Barella was launched on the right of the penalty area, received and was hit by Rodríguez, suffering the penalty!
3:53 PM19 days ago

Immobile gets his first touch on the ball and it rolls into the second half of the match!
3:52 PM19 days ago

The teams appear on the pitch to be able to start the second half of the match. The teams are the same.
3:36 PM19 days ago

After Insigne's free-kick, the first half is over, with no goals in the match!
3:35 PM19 days ago

Insigne hit the mini corner straight into the goal and Sommer put it away!
3:35 PM19 days ago

From the left, with Akanji's cart, Italy won a dangerous free-kick to lift in the area!
3:32 PM19 days ago

Nothing happened in the last 10 minutes, with no chances created.
3:22 PM19 days ago

Insigne received the ball after Locatelli's pass and hit it on the left side of the goal with great danger!
3:19 PM19 days ago

Rodriguez, on the left, crossed strongly and sent the ball into the net from outside. In the corner the ball was taken away by the defense.
3:06 PM19 days ago

Berardi was released, came out alone in the face of goal with time and space to carry the ball, but hit hard, over the top of Sommer!
3:05 PM19 days ago

Zuber tried the cross and won a corner, already beaten and taken away by the defense.
3:00 PM19 days ago

After Insigne's shot was blocked, Immobile hit it hard on goal and sent it into the hands of Sommer.
2:53 PM19 days ago

Yellow for Sow, for a bump on Isigne, he got yellow early in the match.
2:47 PM19 days ago

Seferovic takes the first touch on the ball and it rolls into the first half of Switzerland-Italy!
2:43 PM19 days ago

The national anthems of Italy and Switzerland are currently playing.
2:42 PM19 days ago

Teams on the field!

The players leave the field after their warm-up and get ready for the ball to roll soon!
2:27 PM19 days ago

At home Switzerland hosts Italy 30 times, tallying four wins, 17 draws, and nine losses. In the Qualifiers there were two matches, where Switzerland never lost, having one draw and one win.
2:12 PM19 days ago

There have been 58 matches between Switzerland and Italy, where Switzerland have won seven of them, drawn 22, and seen Italy win 29. In qualifying there have only been four matches, with one win for each side and two draws.

Italy is in the lineup for tonight's match and will take the field like this: 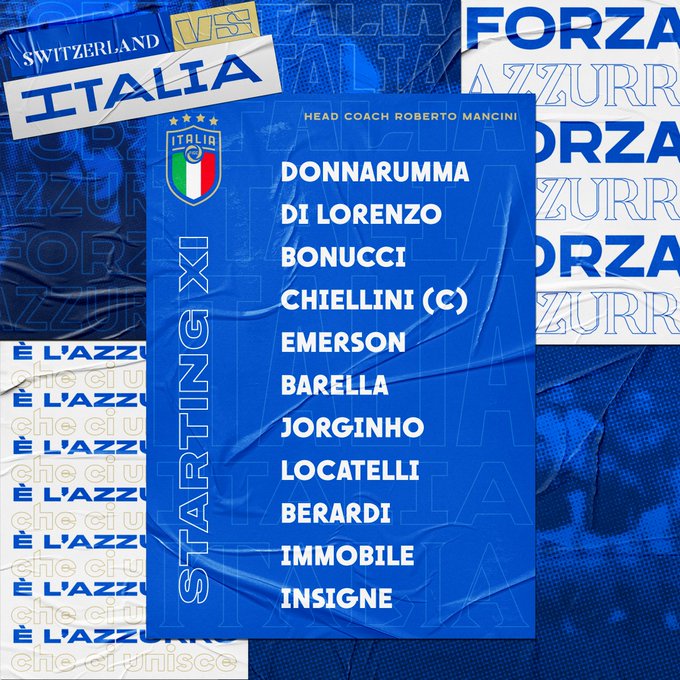 Switzerland has a few new additions for the match. Frei, Zuber and Aebischer come in for Schar, Freuler and Vargas.
1:56 PM19 days ago

Switzerland is lined up for the match and comes with: 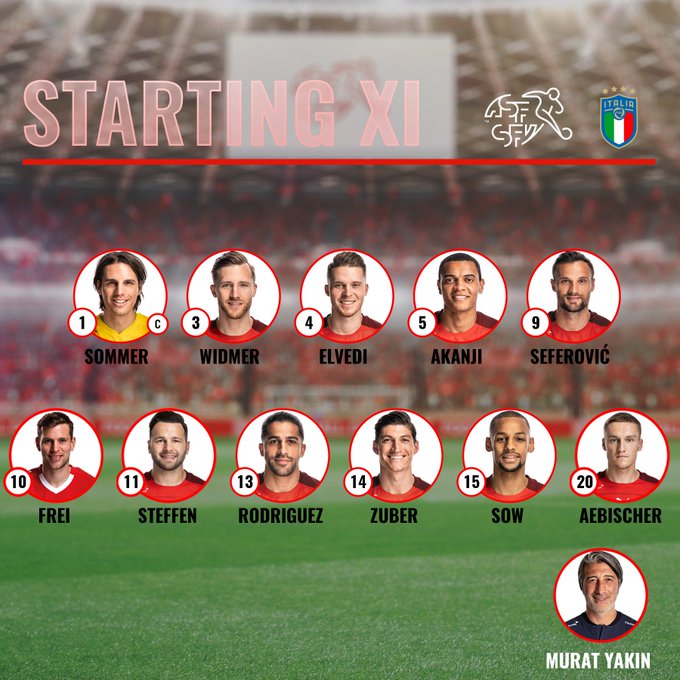 Now begins the broadcast of the match between Switzerland and Italy, which will be on in 1 hour!
11:56 PM20 days ago

Do not miss a detail of the match with the live updates and commentaries of VAVEL. Follow along with us all the details, commentaries, analysis and lineups for this Switzerland vs Italy match.
11:51 PM20 days ago

How to watch Switzerland vs ItalyLive in TV and Stream

If you want to watch the game Switzeraldn vs Italy live on TV, your options is: CBS Sports.

If you want to directly stream it: Streaming services and CBS Sports app.

Carlos del Cerro Grande will referee the match, assisted by Pau Cebrián Devís and Roberto Alonso Fernández. The trio all come from Spain.
11:41 PM20 days ago

The possible Swiss line-up for the match is: Sommer, Schar, Elvedi and Akanji; Widmer, Zakaria, Sow, Freuler and Ricardo Rodríguez; Vargas and Seferovic.
11:31 PM20 days ago

Italy will not have some important players for the match. The main one is Spinazzola, who suffered a serious injury already at the Euro. Also out are Belotti, Lazzari and Meret. Meanwhile, Switzerland does not know if they can count on Xhaka, who missed the friendly match against Greece because he tested positive for Covid-19.
11:26 PM20 days ago 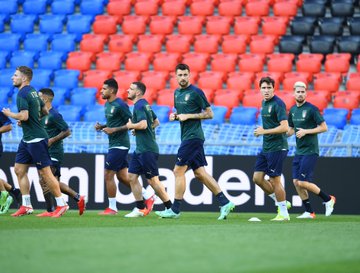 Switzerland did not play in the fourth round of qualifying, so they played a friendly match to occupy that date. And against Greece Switzerland won 2-1 last Wednesday (01). Zuber opened the scoring, Pavlidis equalized, but Ruben Vargas scored and gave final numbers to the game. Before that, Switzerland last played against Spain in the quarterfinals of the European Championship. On that occasion the match ended 1-1, with goals from Zakaria, against, and Shaqiri. In the penalty shootout Spain won 3-1 and qualified.
11:11 PM20 days ago