A win with pure oxygen for the South Florida team, Miami is back to within four points of a playoff spot.
10:10 PM22 days ago

Inter Miami gets an important victory and extends its unbeaten streak. With the victory, the Miami team continues its quest to continue climbing towards the next part of the tournament's classification.
10:05 PM22 days ago

Game over! Miami gets a goal in stoppage time that gives them oxygen, the visitors take the three points that were in dispute in Ontario.
9:55 PM22 days ago

Inter Miami goal! Brek Shea puts in the first of the game with a left footed shot from the left side of the box to the right side of the goal. Assisted by Nicolás Figal.
9:50 PM22 days ago

In the last minutes of the game, the team repeatedly put its foot down to stop the opponent's attack.
9:40 PM22 days ago

Yellow card for Gregore of Inter Miami.
9:10 PM22 days ago

Higuaín tried the first dangerous chances for the visitors in the second half but his shots went wide.
9:05 PM22 days ago

In the second half

Cincinnati starts on offense and already gets an out.

We are seeing quite a few failures. But very little action.

The game is quite disputed in the middle of the field, and they are not able to make more dangerous plays that could open the scoreboard.
8:50 PM22 days ago

Luciano Acosta left footed shot from the center of the box is blocked. Assisted by Brenner.
8:45 PM22 days ago

Although Cincinnati has had the most opportunities during the game, it is Inter Miami who has the most possession in the game.
8:30 PM22 days ago

Both teams foul the ball repeatedly on the field of play. The locals look a little more dangerous and already had a chance.
8:25 PM22 days ago

Brenner has been fouled for a foul in the attacking half.
8:20 PM22 days ago

This is what the site looks like at the moment

Less than 10 minutes to go before the start of the match. 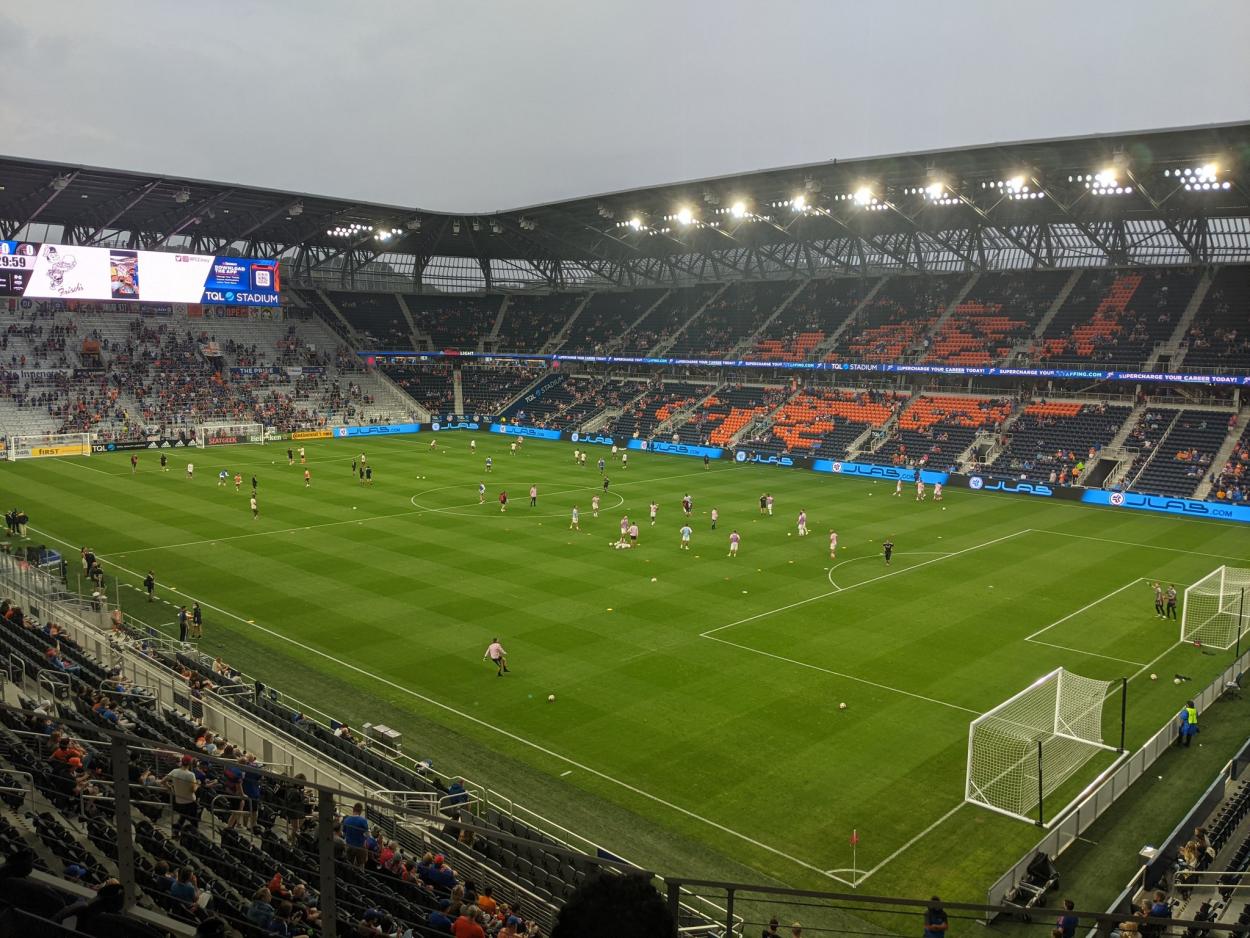 Inter Miami will face FC Cincinnati for the second time this season and for the third time in history, having won the previous two meetings between the two; Miami secured a playoff berth for the 2020 season after defeating Cincinnati 2-1 at home on Nov. 8, 2020, and won the most recent 2-3 at TQL Stadium. 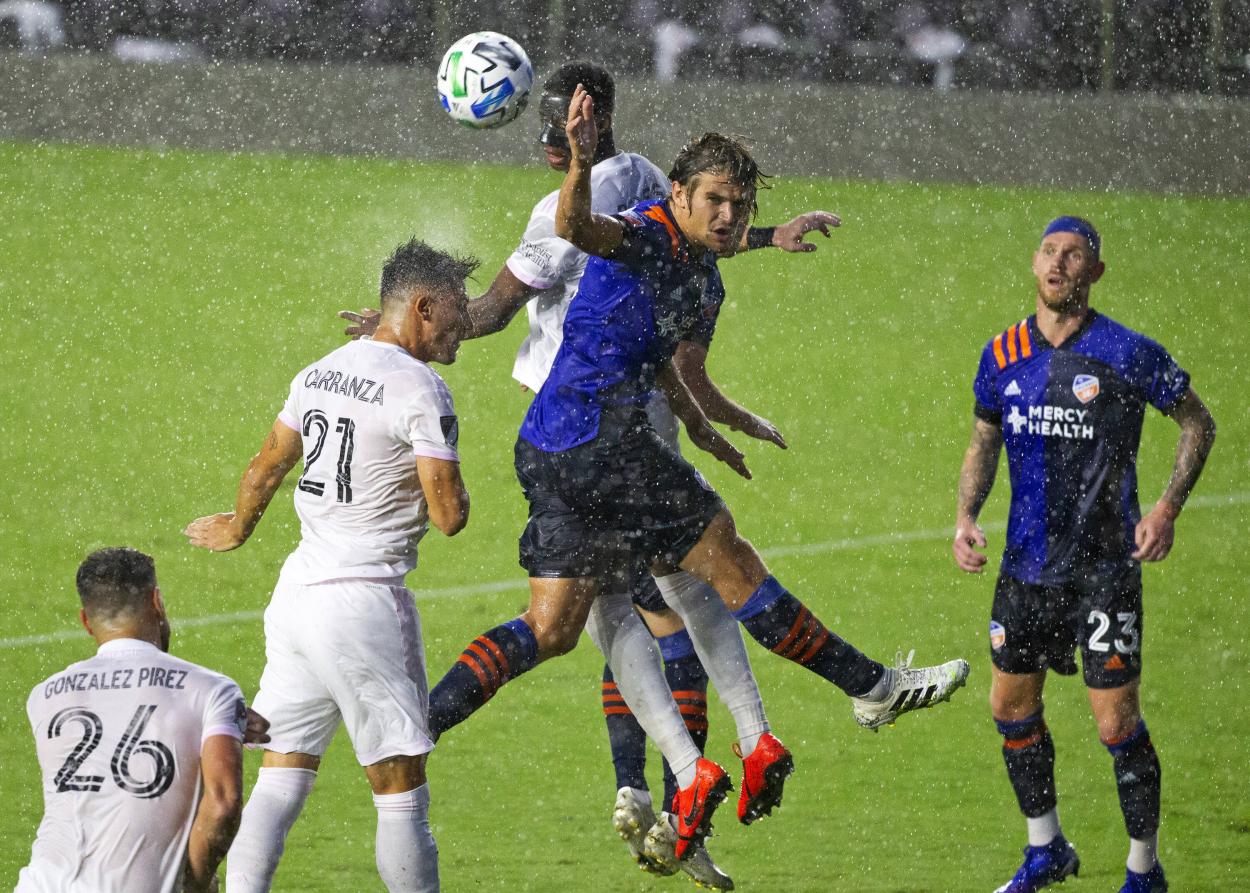 This will be the venue for the meeting in Ohio. Good conditions to be able to play a duel in which it is urgent to get three points to be able to think about the next phase of the group stage. 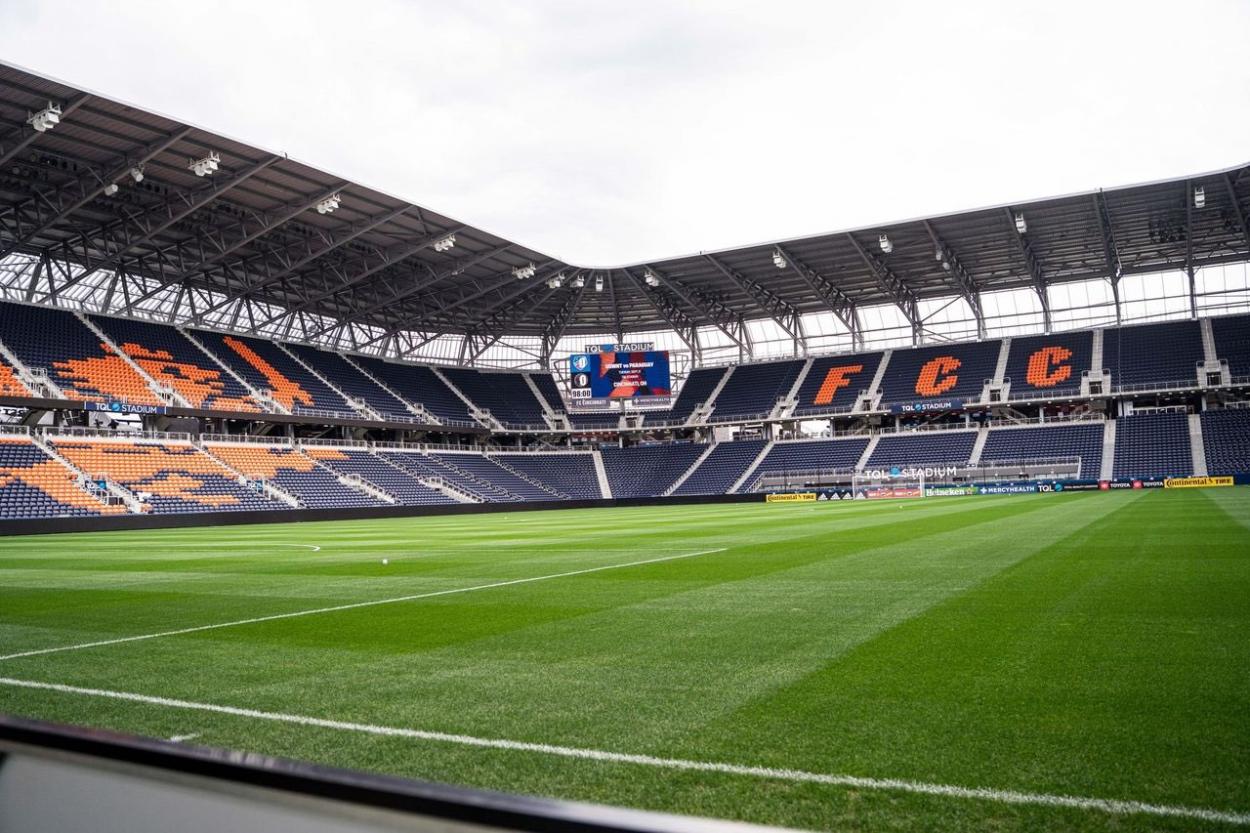 The visitors are here!

The Florida side have now gone three games without a loss, including a draw in the Clasico against Orlando City at Exploria Stadium.

#InterMiamiCF in the building 🏟 pic.twitter.com/4LyZfaHLh8

Do not miss a detail of the match with the live updates and commentaries of VAVEL. Follow along with us all the details, commentaries, analysis and lineups for this Cincinnati vs Miami MLS match.

What time is Cincinnati vs Miami match for MLS?

This is the start time of the game Cincinnati vs Miamiof 04th September in several countries:

Nick Marsman was the standout performer for Inter Miami FC last game. For this match he will be looking to continue in that good direction. 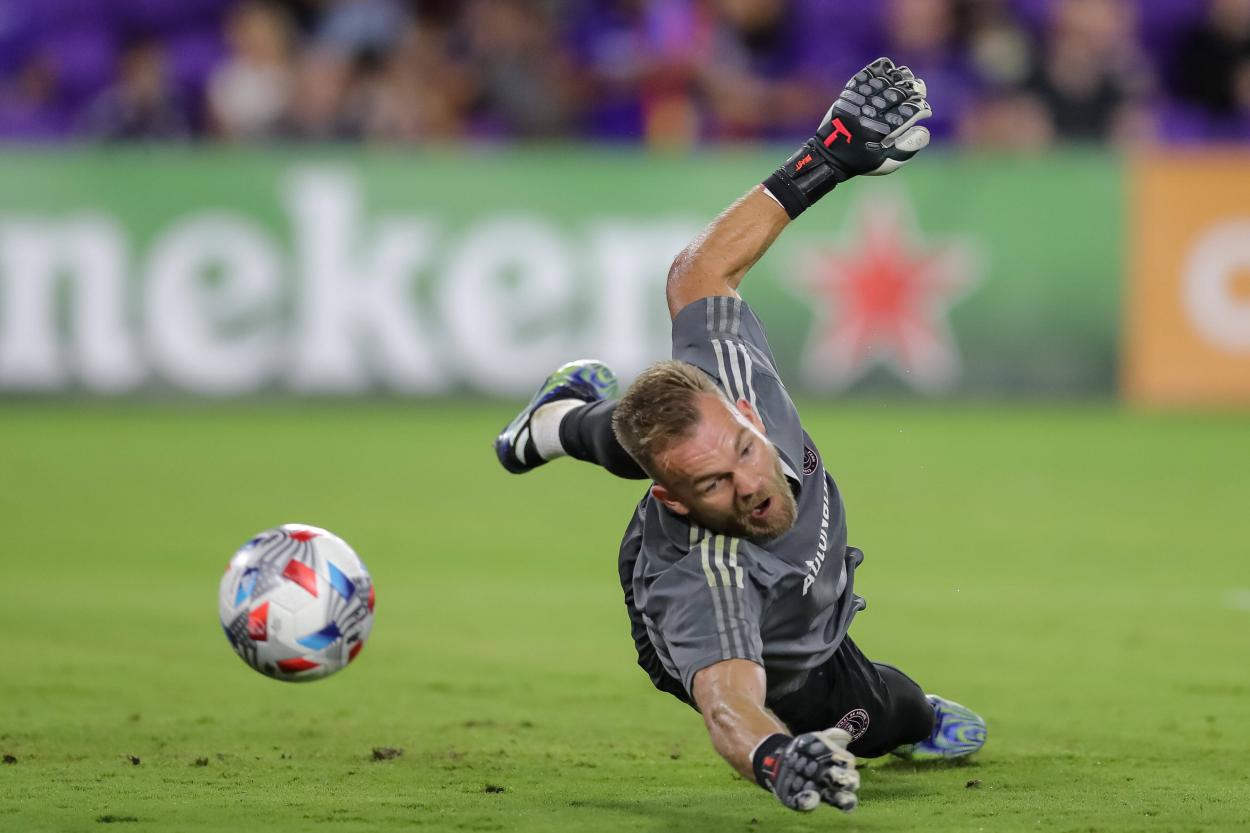 Inter Miami: For the positions that will save

During the current soccer tournament, the Miami team has not been able to find an accurate balance in its conference, is far from the qualification zone and will appeal to the pending matches to be able to add up. 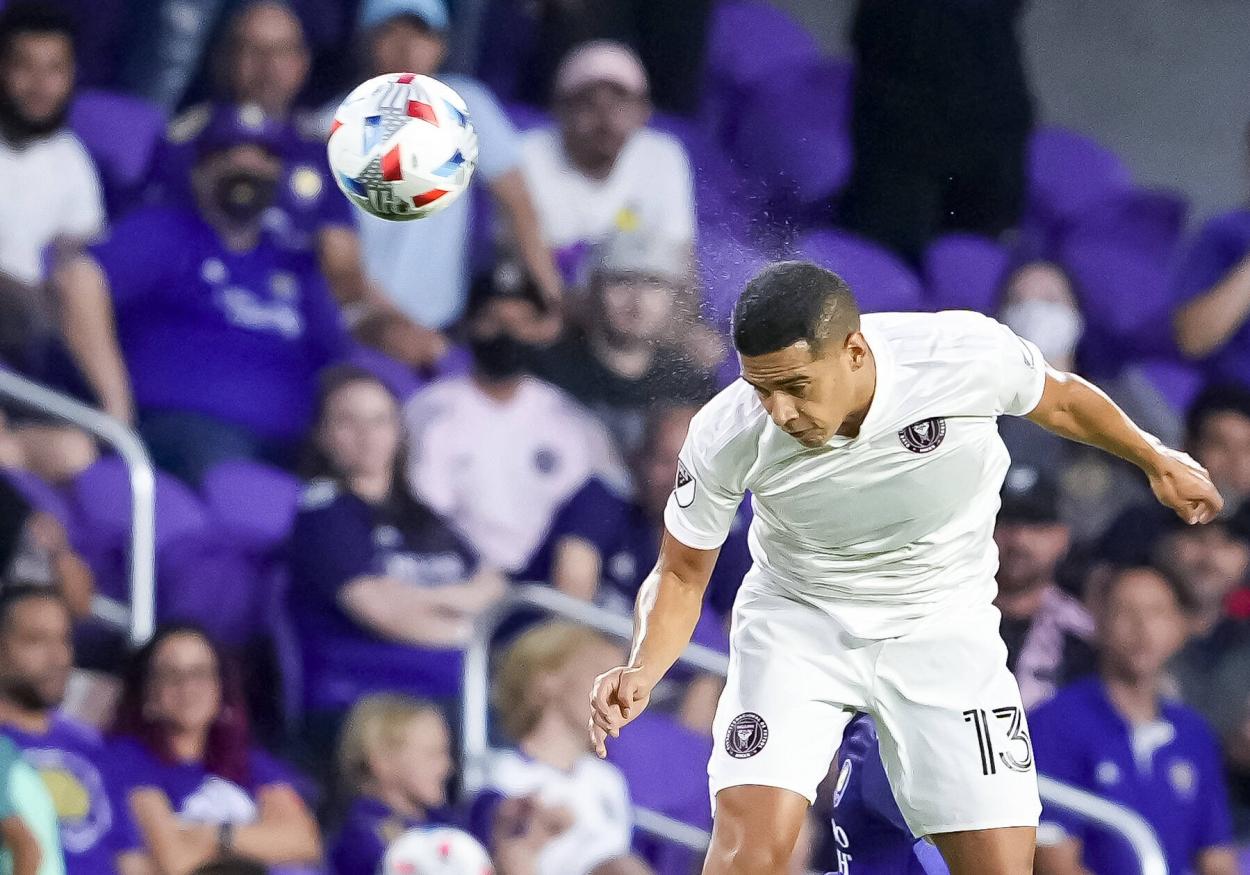 The Cincinnati vs Miami match will be played at the TQL Stadium, United States. The kick-off is scheduled at 8 pm ET.

Welcome to VAVEL.com’s LIVE coverage of the 2021 MLS: Cincinnati vs Miami!

My name is Claudio de Jesus and I will be your host for this game. We will provide you with pre-game analysis, roster updates, and news as it happens live here on VAVEL.

New York Red Bulls vs NYCFC preview: How to watch, team news, predicted lineups and ones to watch 3 days ago

CF Montréal vs Chicago Fire preview: How to watch, kick-off time, team news, predicted lineups, and ones to watch 9 days ago