Penalty! The referee signals the penalty in favor of Congo and shows the yellow card to Sadio Mané.
12:42 PM18 days ago

Boulaye Dia makes it 1-0 for Senegal as he breaks through the Congo backline at speed
12:26 PM18 days ago

Senegal starts to squeeze Congo in its own area
12:21 PM18 days ago

Congo's Dylan Saint Louis was getting personal on the right diagonal, he advanced to the end line but his weak shot fell into Mendy's hands.
12:12 PM18 days ago

First arrival of the Congo that wants to surprise on the right flank but Senegal gets the foul in defense and it is free kick for the Senegalese.
12:07 PM18 days ago

Action begins between Congo and Senegal
12:06 PM18 days ago

Édouard Mendy, European champion with Chelsea and goalkeeper of the Senegal national team, is today the great reference and player to follow on the field. 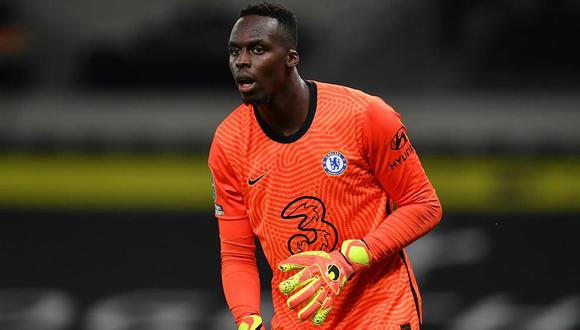 In a few minutes we will start with the minute by minute of the match between Congo and Senegal. Stay tuned
11:48 AM18 days ago

Put was coach of Gambia from 2007 to 2011. He previously coached Belgian clubs Geel, Lokeren and Lierse, before being suspended for three years by the Royal Belgian Football Association due to his alleged involvement in match-fixing with businessman Ye Zheyun. In March 2012, he was appointed as coach of the Burkina Faso national team, with which he achieved qualification to the 2013 African Cup of Nations held in South Africa, reaching the final of the continental tournament for the first time, in which he ended up losing to Nigeria 1-0. However, he failed to qualify the team for the 2014 World Cup in Brazil after losing in the play-off against the Algerian national soccer team and lost in the first round of the 2015 CAN, so he left his position and was replaced by Gernot Rohr.
11:11 AM18 days ago

We are back with the broadcast of Congo vs Senegal in the second round of the African qualifiers. Only five nations will get a ticket to Qatar 2022 and to achieve it, the teams that are postulated as underdogs have to step up the pace right away.

In the case of this match, the odds are in favor of Senegal.

Stay with us and do not miss a detail of the match Congo vs Senegal live updates and commentaries of VAVEL.
11:01 AM18 days ago

How to watch Congo vs Senegal Live Stream on TV and Online?

If you want to watch the game Congo vs Senegal live on TV, your options is: Star Plus.

What time is Congo vs Senegal match for World Cup Qualifying?

This is the start time of the game Congo vs Senegal of 7th September 2021 in several countries:

The Stade Alphonse Massemba-Débat also called Stade de la Revolution is a multi-purpose stadium located in the city of Brazaville, and is the national stadium of the Republic of Congo. The stadium is named after Alphonse Massamba-Débat, former president of the republic between 1963 and 1968. It is used for soccer matches and also has an athletics track and a handball court. It hosts matches of the Republic of Congo national soccer team and local clubs Diables Noirs, CARA Brazzaville, Etoile du Congo and Inter Club Brazzaville, which play in the national soccer league. It can accommodate up to 33,037 people.

It was the venue for the first Pan-African Games in 1965 and the 2004 African Athletics Championships. 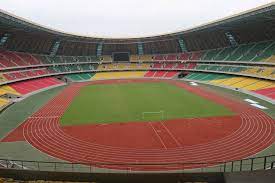 For its part, Senegal is in second place with three points, with a match played in the second round that culminated in a victory over Togo. The Senegal national soccer team has participated twice in the World Cup, in Korea 2002 where they advanced to the quarterfinals and in 2018 where they remained in the first round, in 1966 and 1990 they withdrew from the competition.
10:31 AM18 days ago

Placed in group H, the Republic of Congo are third with 1 point. In this second round they have played only one match with a 1-1 draw against Namibia. Congo has never participated in the FIFA World Cup.
10:26 AM18 days ago

The African qualifiers started in September 2019 and will culminate in November 2021. The CAF awards five slots for the World Cup. The qualifiers are divided into three rounds. In the first round, 28 teams with the lowest FIFA ranking corresponding to the month of July 2019 will participate, of which only 14 teams will advance,
In the second round, 26 more teams will enter the competition, which together with the 14 qualified teams will make a total of 40 teams that will be divided into 10 groups of four teams, the winners of each group will qualify for the third round.
The 10 qualified teams from the second round will be paired in 5 round-robin groups. The winners will qualify for the 2022 World Cup.