It's over! San Luis scores at home and adds three points.
10:09 PM2 months ago

Fidel Martínez's shot, but the ball ends up crashing against the crossbar.
10:04 PM2 months ago

Post!Calzadilla shoots after a pass from Vombergar, but the ball crashes against the post and Xolos are saved from the fifth goal.
9:59 PM2 months ago

What a save! A cross from Sansores that Castillo takes advantage of to shoot at goal, but Rivaldo Lozano appears and saves the ball from entering his goal.
9:56 PM2 months ago

Tijuana tries to reach the opponent's goal, but the home defense is well positioned.
9:38 PM2 months ago

Eryc Castillo's shot, but the defense ends up deflecting it.
9:35 PM2 months ago

San Luis' goal! Facundo Waller sends in a shot with a lob and the ball goes into the back of the net.
9:28 PM2 months ago

The second half begins at Alfonso Lastras
9:27 PM2 months ago

Goal for Xolos! Lucas Rodríguez receives a delayed diagonal and shoots the ball to score for the visitors.
9:04 PM2 months ago

San Luis goal! Hat-trick by Berterame who scores from the penalty spot.
9:03 PM2 months ago

Penalty for San Luis! Mauro Manotas gets his hand on the play in the box and the referee awards a penalty kick.
9:01 PM2 months ago

San Luis goal! Germán Berterame receives the ball from Vombergar and sends his shot into the goal, beating Orozco.
8:48 PM2 months ago

Marcel Ruíz's shot ends up hitting the outside of the net.
8:41 PM2 months ago

Chavez's center, then there is a header, but it does not have a good direction.
8:27 PM2 months ago

The ball was hotly contested and the teams had few chances at the opposing goal.
8:19 PM2 months ago

The kick-off ceremony is underway at the Alfonso Lastras stadium.
8:15 PM2 months ago

Everything indicates that we will have to wait a few more minutes to start the match, if everything remains the same, kick-off will be at 20:15 hrs.
8:10 PM2 months ago

The start of the match will be delayed due to rain.
8:00 PM2 months ago

San Luis will be looking to strike a blow tonight when they take on Xolos, with Méndez's team looking to make it three points.
7:45 PM2 months ago

Xolos is already at the Alfonso Lastras, Guede's team will be looking for one more victory.
7:40 PM2 months ago

With all the clothes ready, the San Luis dressing room is now ready to receive the home team at the Alfonso Lastras stadium. 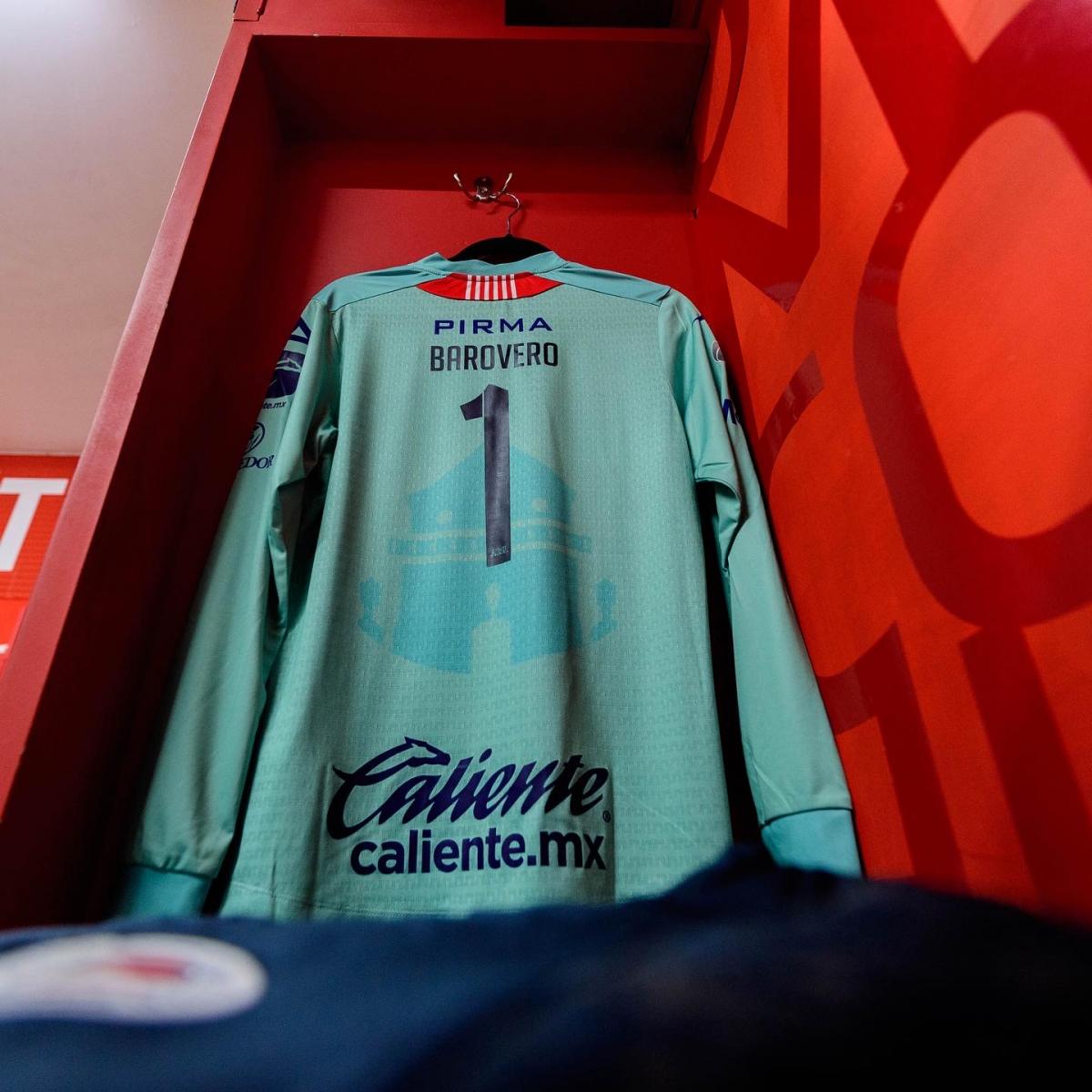 Only two hat-tricks have been registered in the U-20 category in the current tournament; both have been scored by players from San Luis, the first one by Adrián Lozano and the other one by Ricardo Alba, showing great performance. 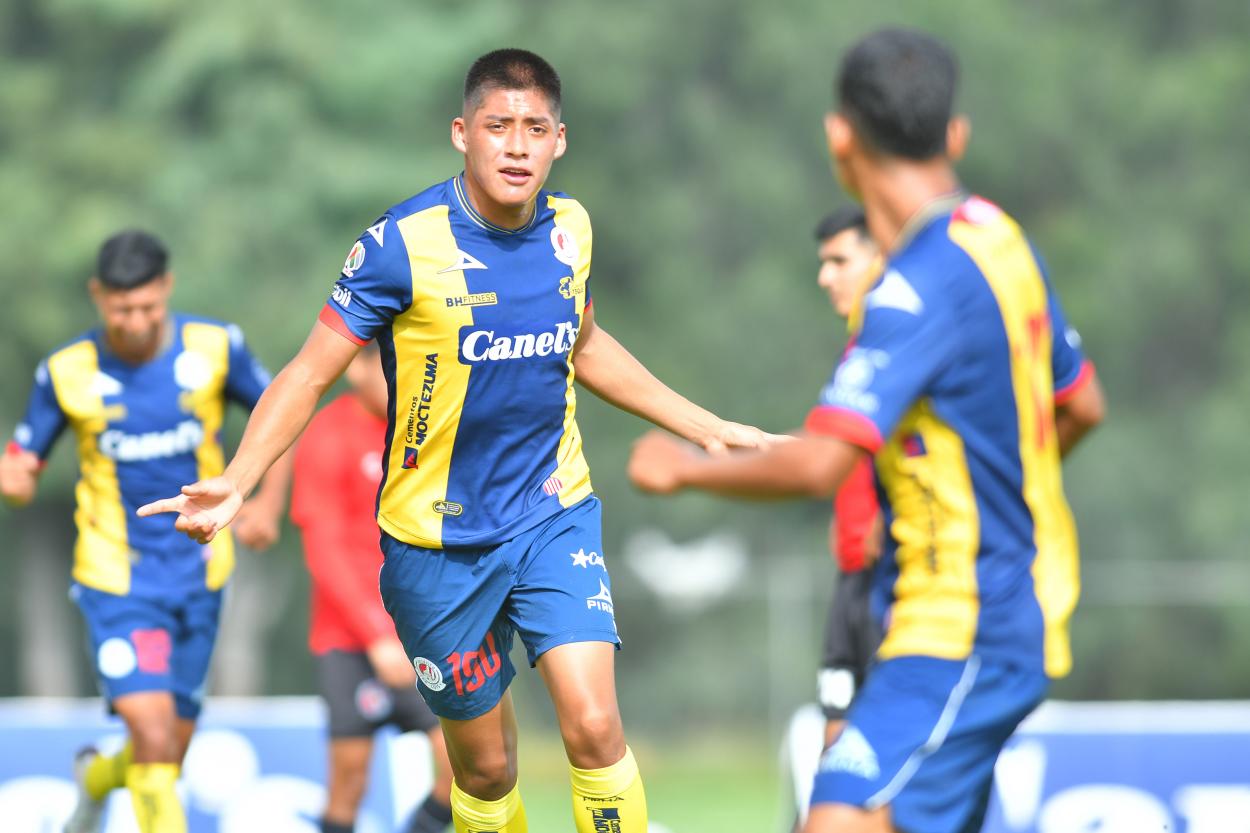 Jonathan Orozco and Marcelo Barovero will be looking to be decisive in this match and keep a clean sheet to earn important points.
7:25 PM2 months ago

Ricardo Chávez could reach 65 games played in Liga MX tonight, 22 of these duels with San Luis. 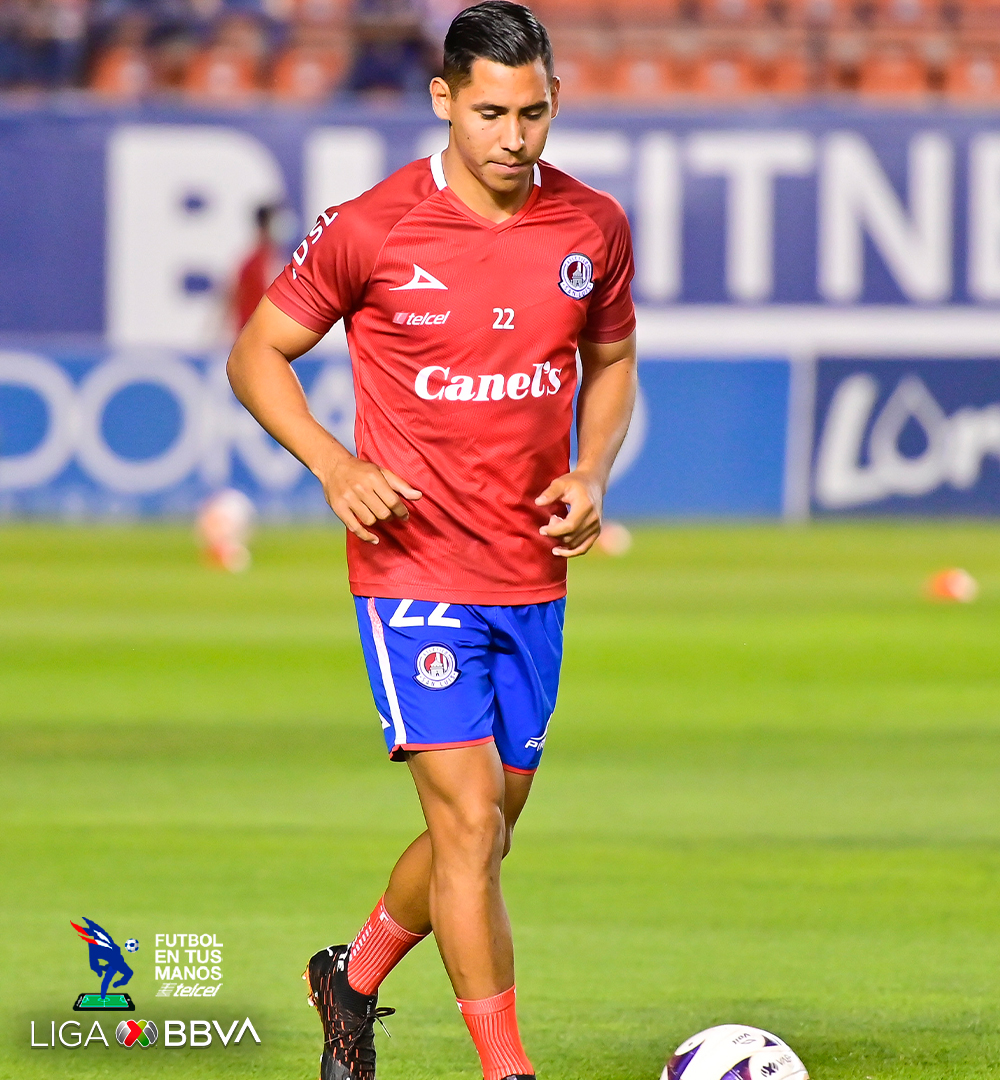 Misael Domínguez already reached 45 games played in the top flight in the match against Santos; he also has 182 minutes in the current tournament.
7:15 PM2 months ago

San Luis and Xolos have played 7 matches between them, of these the statistics are very similar since both have two wins and three draws, on the one hand the Tijuana team has scored six goals in these matches, while the local team has scored seven.
7:10 PM2 months ago

In a few moments we will share with you the starting lineups for Atletico San Luis vs Xolos live, as well as the latest information from the Alfonso Lastras Stadium. Keep an eye on the action with VAVEL's minute-by-minute live online coverage.
7:05 PM2 months ago

How to watch Atletico San Luis vs Xolos Live Stream on TV and Online?

If you want to watch the game Atletico San Luis vs Xolos live on TV, your options is: TUDN.

Miguel Sansores spoke before the start of the ninth matchday of the Apertura 2021: "These are complicated games because of what is at stake. There is no easy team that you can beat easily or by a landslide. With San Luis, we have to win every game, we have no margin for dropping points".

"This result was good for the date and the way it happened. You saw how we celebrated, we needed to win in any way we could. Above all, in confidence, which we never lost".

"It will be a very intense match, San Luis in their field and what we have seen are teams that fight, they hardly play much, so we more or less know what we are going to face, it will practically be a war".

Xolos arrives at this match after beating Santos in the 90th minute, a result that was quite a surprise for the fans. The team coached by Guede is just getting into shape and has only managed to win one game, with three draws and four defeats, reaching 16th place. 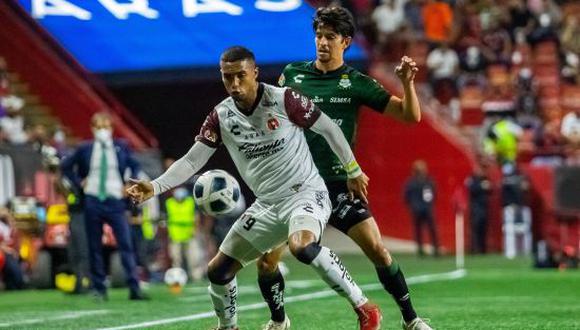 San Luis arrived after a two-goal draw against Puebla; the Potosinos started winning, however, Puebla turned it around and tied the match in the final minutes. The team coached by Méndez has four ties, two wins and one loss, and is in ninth place in the general table. 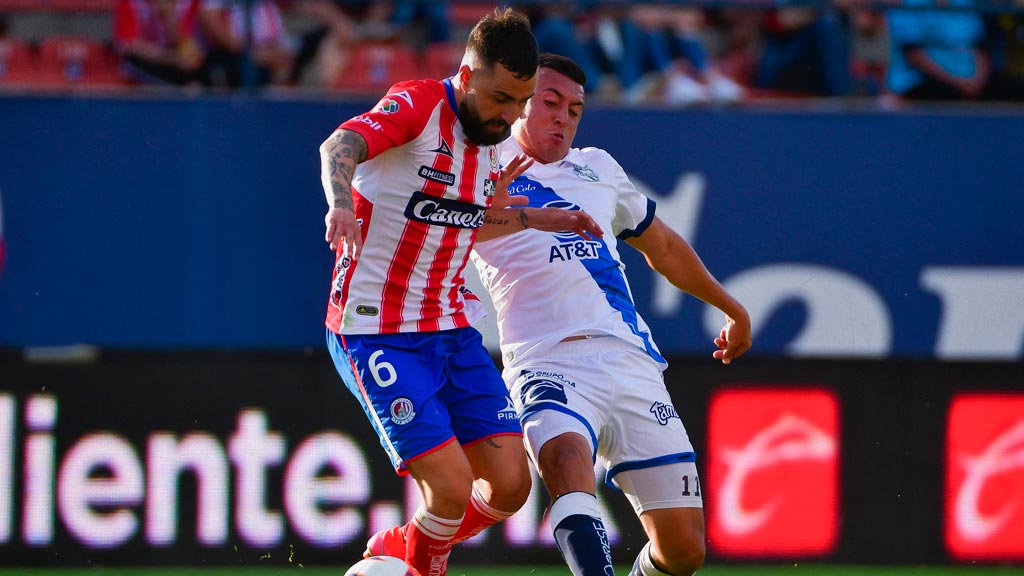 The match will be played at the Alfonso Lastras Stadium.

Atletico San Luis vs Xolos will be played at the Alfonso Lastras Stadium located in San Luis Potosi; with a capacity for 25,709 people. 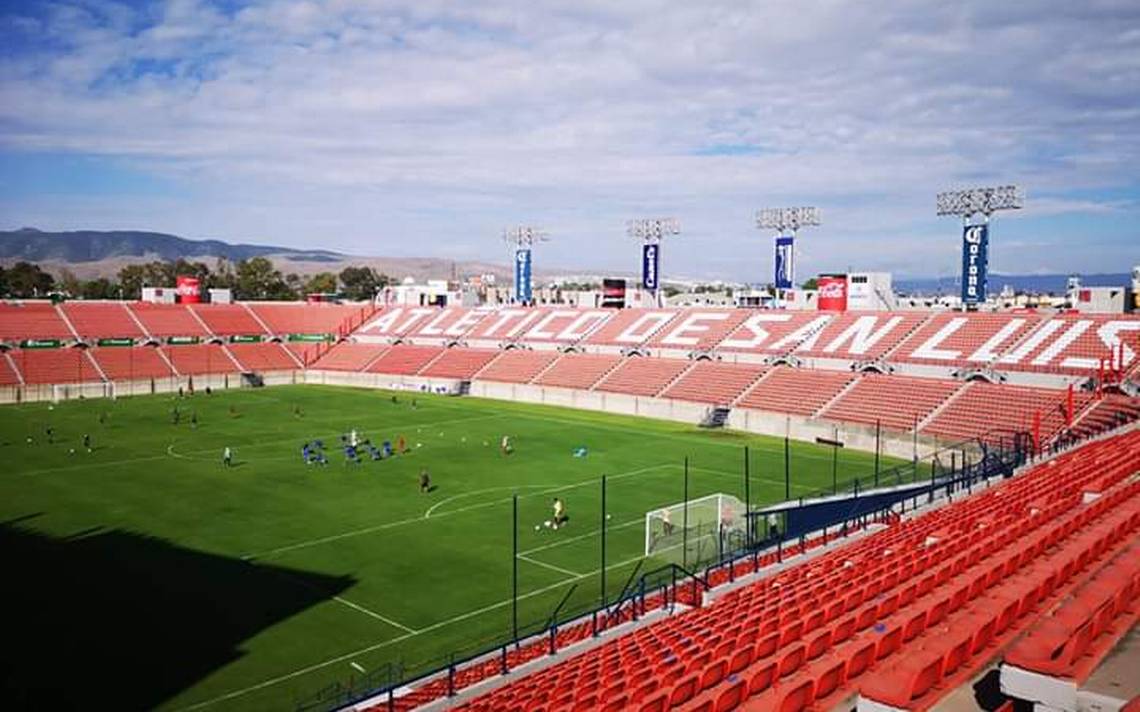