Stay tuned to VAVEL to follow all the details related to soccer through VAVEL.com
5:01 PM4 days ago

A golden triumph for Ancelotti's side, who kicked off the Champions League with an away win on their most difficult away trip. The Merengues are second in Group D behind the surprising Sheriff, who defeated Shakhtar in their debut in the competition.
4:54 PM4 days ago

GOAL BY RODRYGO000! The Brazilian shoots across the face of goal to beat Handanovic after a great pass from Camavinga. Great team play by the Whites (0-1)
4:49 PM4 days ago

Vinícius' superb dribble inside the box is saved by the defense. Madrid's Brazilian wingers are threatening the Italian backline.
4:34 PM4 days ago

What a mistake! Alaba was not concentrating on the game and made a mistake that almost cost him dearly, but he was able to solve it and managed to take off for a corner.
4:29 PM4 days ago

Changes by Inter Milan
Vidal and Correa come in, Calhanoglu and Martinez come out.
4:19 PM4 days ago

Dangerous corner for Real Madrid! The Spaniards have tightened up the pressure at the start of the second half and are now giving more sanction to the attack.
4:04 PM4 days ago

Brozovic's shot goes just wide of the post. A shot from the halfway line of the area that beats Courtois.
3:59 PM4 days ago

Real Madrid cannot find the control of the game and Carlos Ancelotti's team continues to suffer on the pitch.
3:54 PM4 days ago

Dangerous play on both sides. Courtois has already had to intervene on a couple of occasions to solve Inter Milan's defensive mistakes.
3:49 PM4 days ago

The meeting is becoming a back-and-forth affair. Real Madrid are suffering in defense but Inter are leaving space behind them and Vinicius is a constant threat to the opposition goal.
3:44 PM4 days ago

Dangerous dodge! But it stays in the hands of Courtois, the shot was too deflected.
3:39 PM4 days ago

Ancelotti has opted for Alaba at center-back and Nacho at left-back! He prefers the Austrian to reinforce the outlet that can give the ball inside the field.
3:34 PM4 days ago

The meeting has begun!

A good afternoon for ball competition in Italy.
3:29 PM4 days ago

Inter and Real Madrid take to the field at the Meazza!

We are about to start

We are about to start

This is how the home team warmed up before the match. 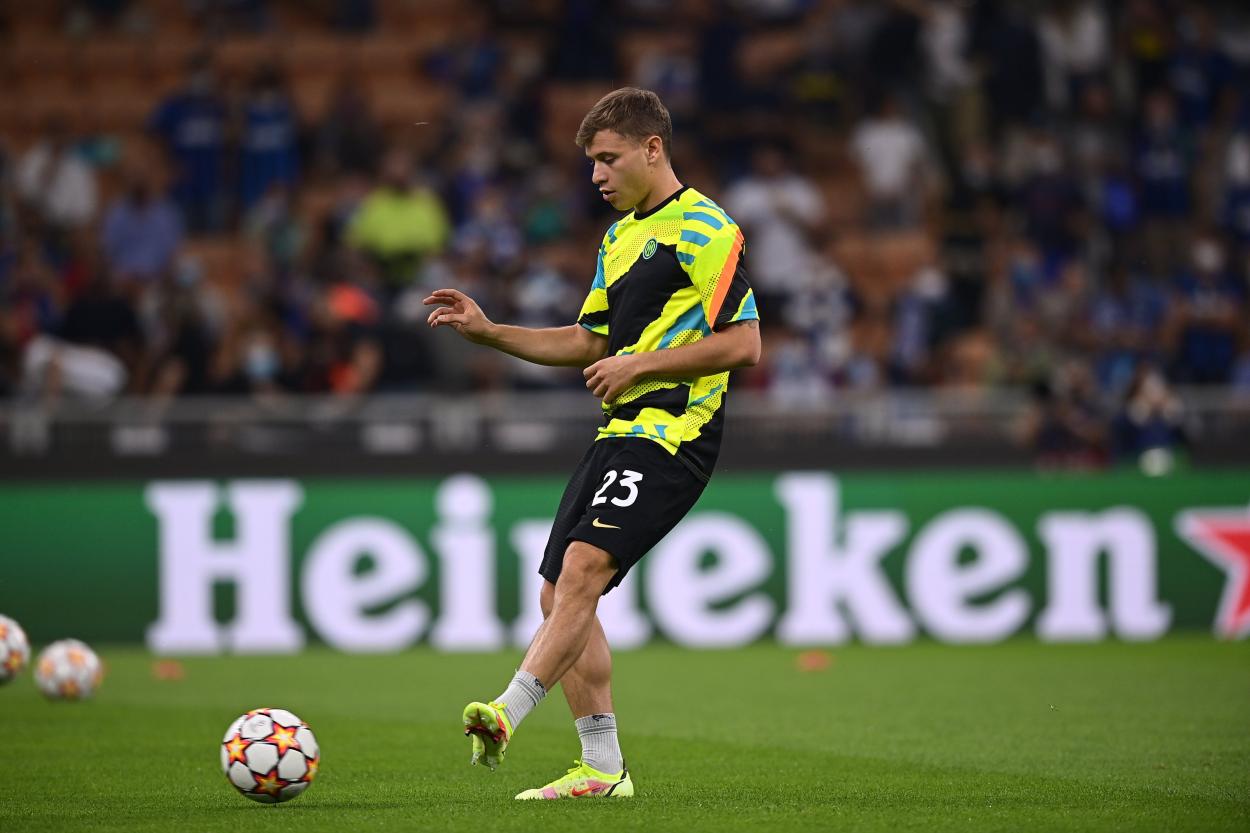 This is how they warm up from the San Siro

True to the custom of the Merengue team, they are currently broadcasting their training session live from the Inter Milan stadium and they are not holding anything back. The match will be well attended by fans.

The recovery of David Alaba may allow Real Madrid to have more security in the defensive area, as this is where they will face the best elements that Inter Milan has: Edin Zeko and Lautaro Martinez.
3:09 PM4 days ago

All set from the dressing room

Inter Milan will be looking to impose their home advantage.

Carlo Ancelotti has appeared before the media at the press conference prior to the first Champions League match, where Real Madrid faces the current Serie A monarchs, Inter Milan.

"Inter have a similar structure to last year, another coach, new stimuli. We want to win, control, play well...". He also mentioned the great players they have and the moment of form in which they arrive, after winning the Scudetto. The coach wanted to be able to be competitive in this demanding match," he said about his analysis of the opponent.

San Siro is a place of memories for Ancelotti, as he spent several passages of his footballing life there that have stayed with him: "It's true that when I was a kid I was an Inter player, but growing up I changed teams. I tried out, but in the end I went to Roma. Playing for Milan was always an important opponent, but always with respect". 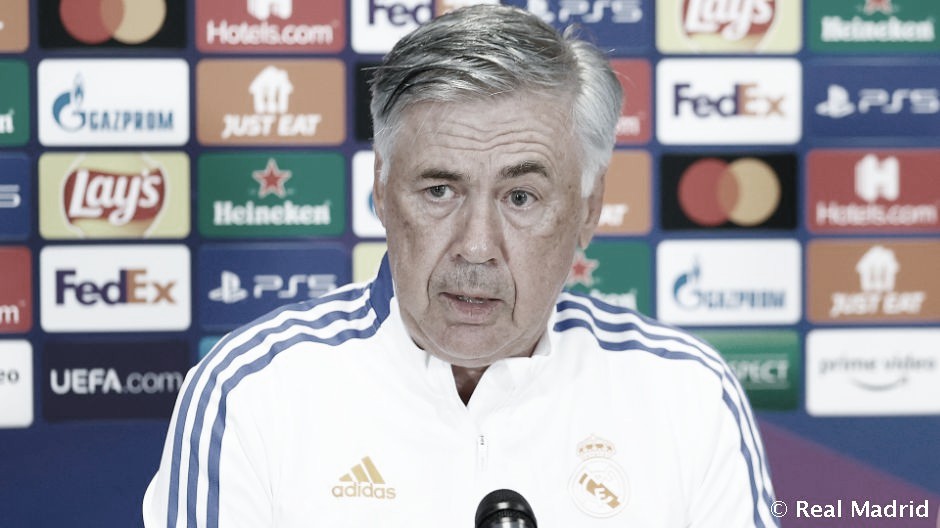 Before the game against Inter Milan. Benzema spoke at a press conference about what it will be like to face the first challenge of this edition of the Champions League.

"The Champions League is the highest competition. We are not behind anyone, it's 11 against 11 and there are no favorites. There are many matches in which people think that one team is going to win and then that doesn't happen. We are going to fight for this Champions League because it is very important," he said about being favorites to win it.

"I don't lose sleep over it, it's a dream of all the players, but the most important thing is what I do with my team, if I can help win titles, I do it. I deserve to be at this level, everyone wants the Ballon d'Or," he said about the possibility of adding another distinction to his career. 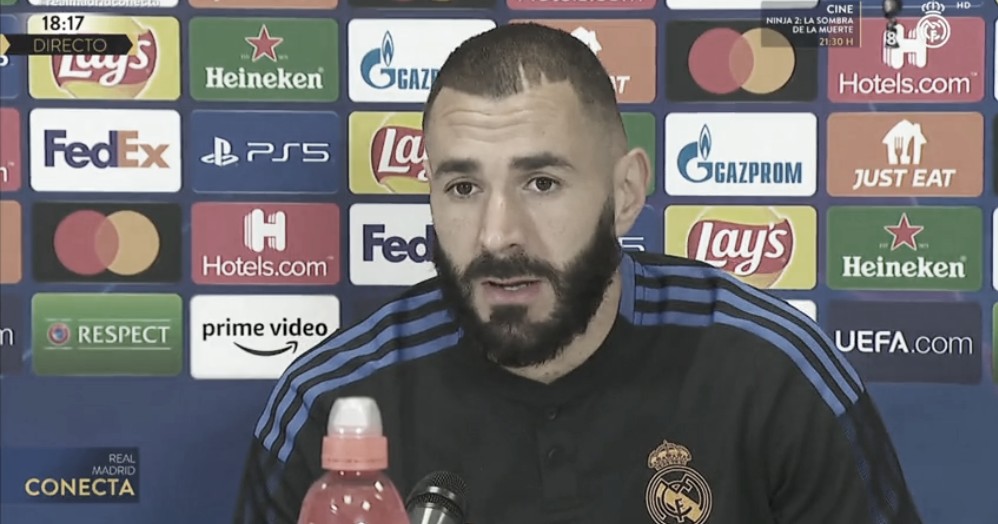 In a few moments we will share with you the starting lineups for  Inter vs Real Madrid live, as well as the latest information from San Siro. Stay tuned for up-to-the-minute live coverage of the match on VAVEL.

How to watch Inter vs Real Madrid Live Stream on TV and Online?

If you want to watch the game Inter vs Real Madrid live on TV, your options is: TNT.

If you want to directly stream it: TNT App and Paramount+.

Samir Handanović is a Slovenian footballer who plays as a goalkeeper for Inter Milan of Italy's Serie A, a team in which he holds the captain's baton. He holds a record for saving 6 penalties in a season in Serie A. 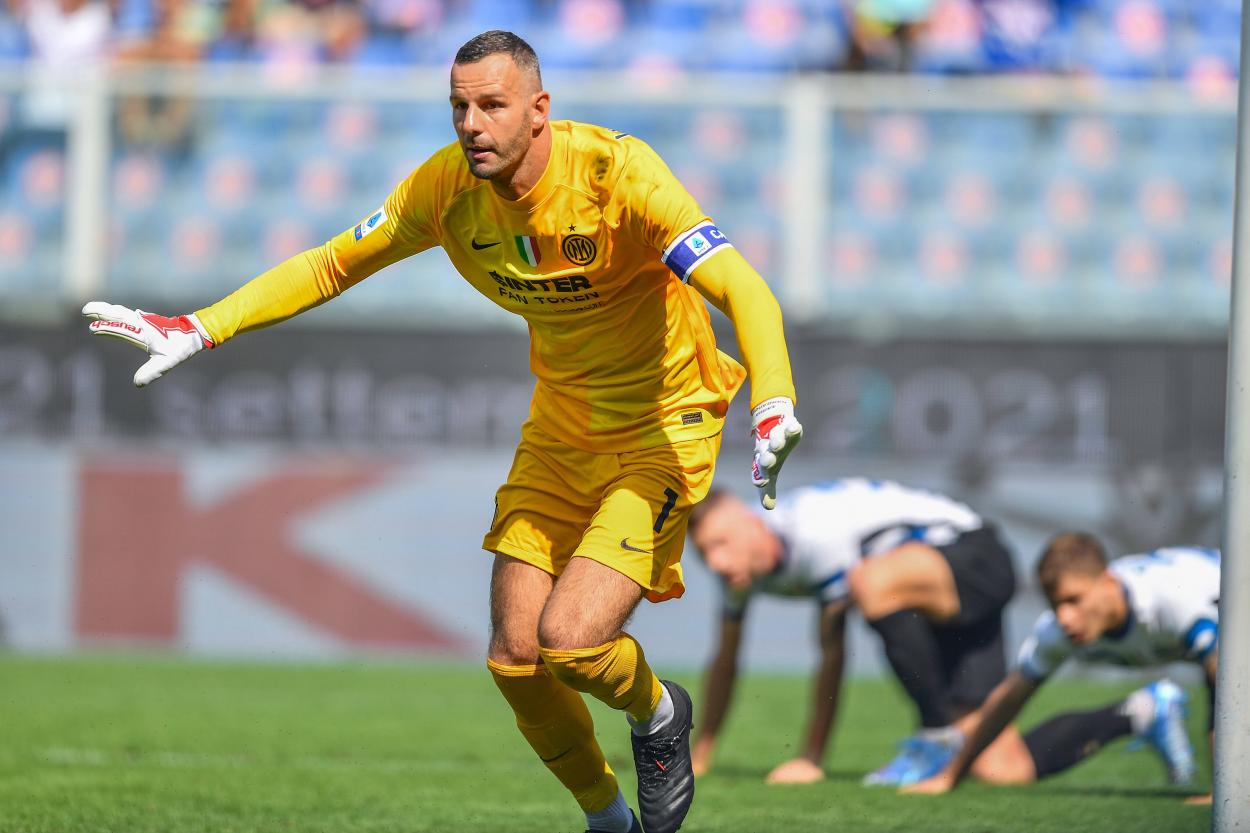 To aspire to the golden ball, Karim Benzema, knows that he must not leave a minute behind to start harvesting goals. It is important that the local aspiration of the player is understood by his teammates, who will take the ball and try to take the lead in the first moments of the game. 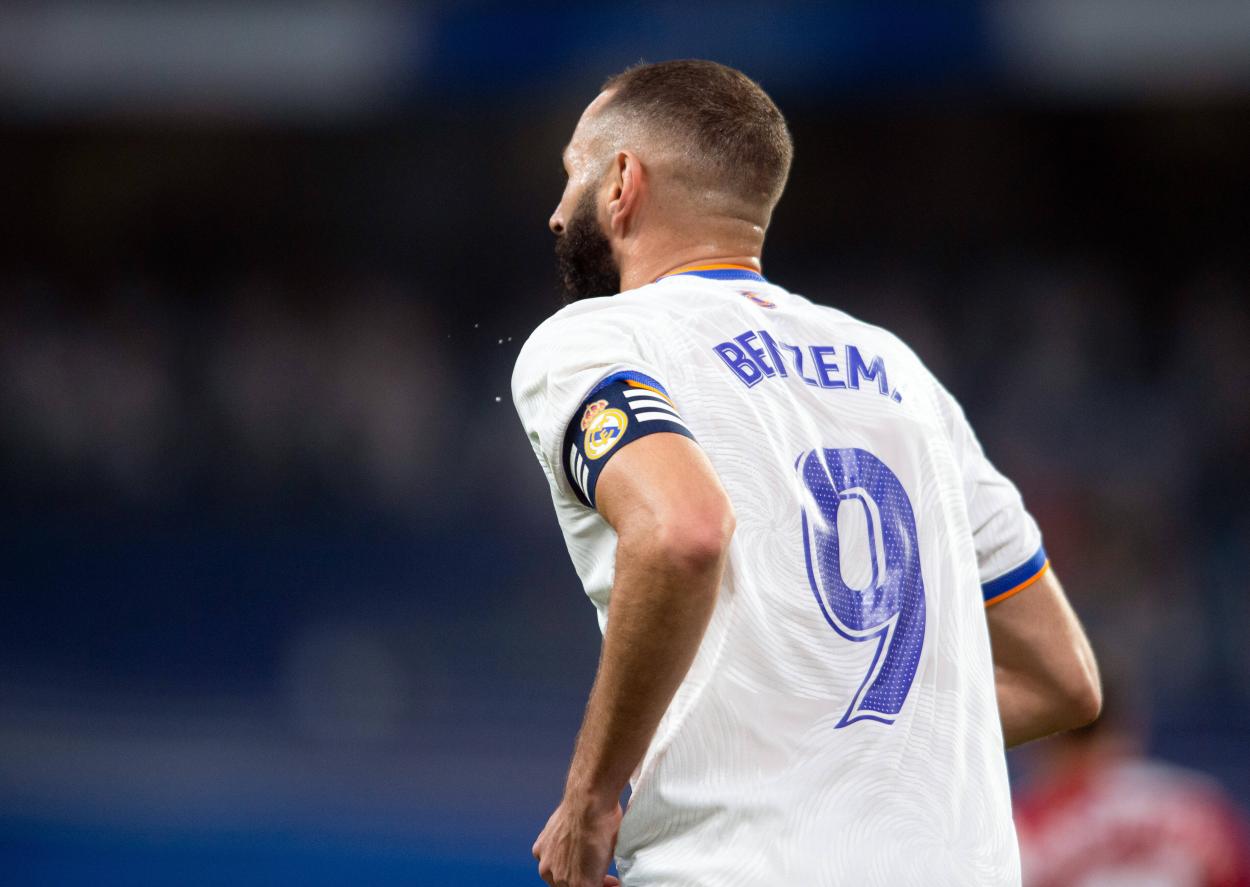 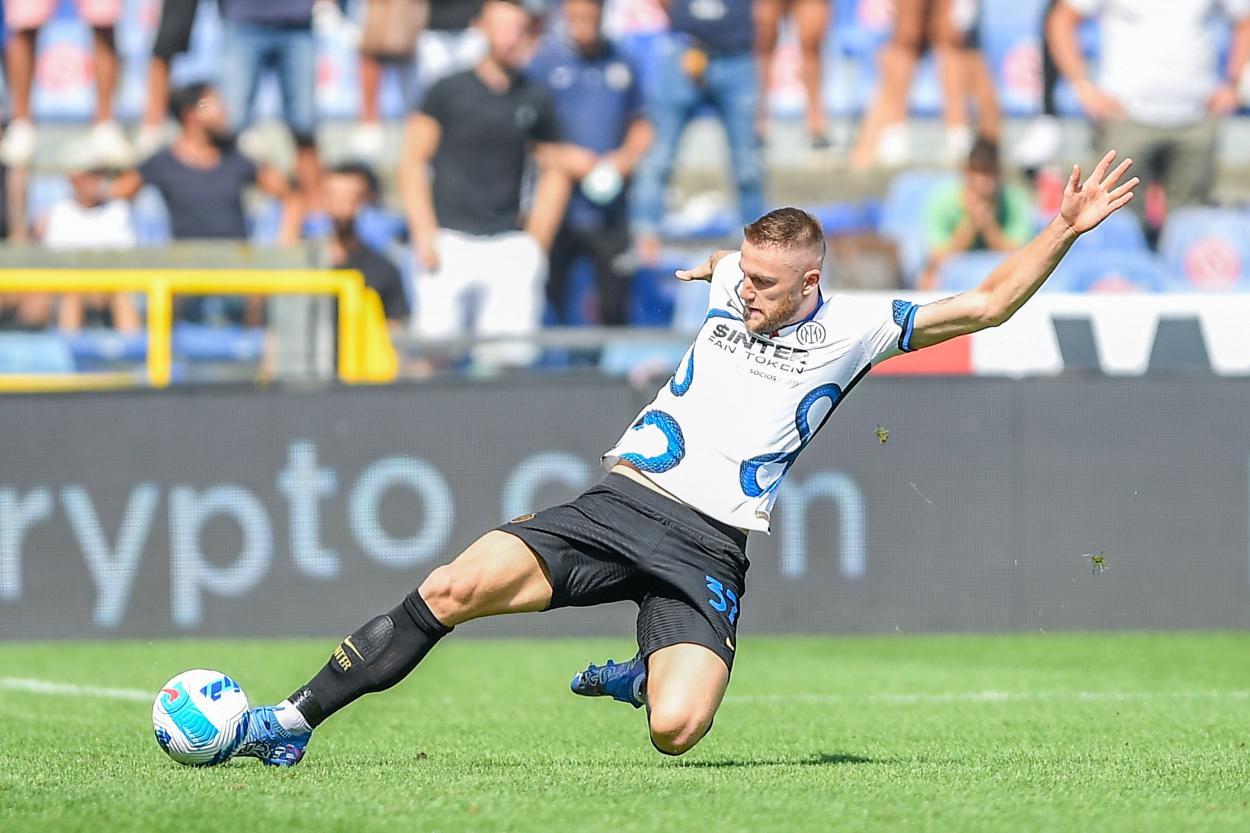 At Real Madrid, they know that extending their unbeaten streak to the Champions League will be fundamental to have an excellent semester in which the quest for both titles is more than expected. In the league, Real Madrid has played 4 games, 3 of which they have won and one they have tied. 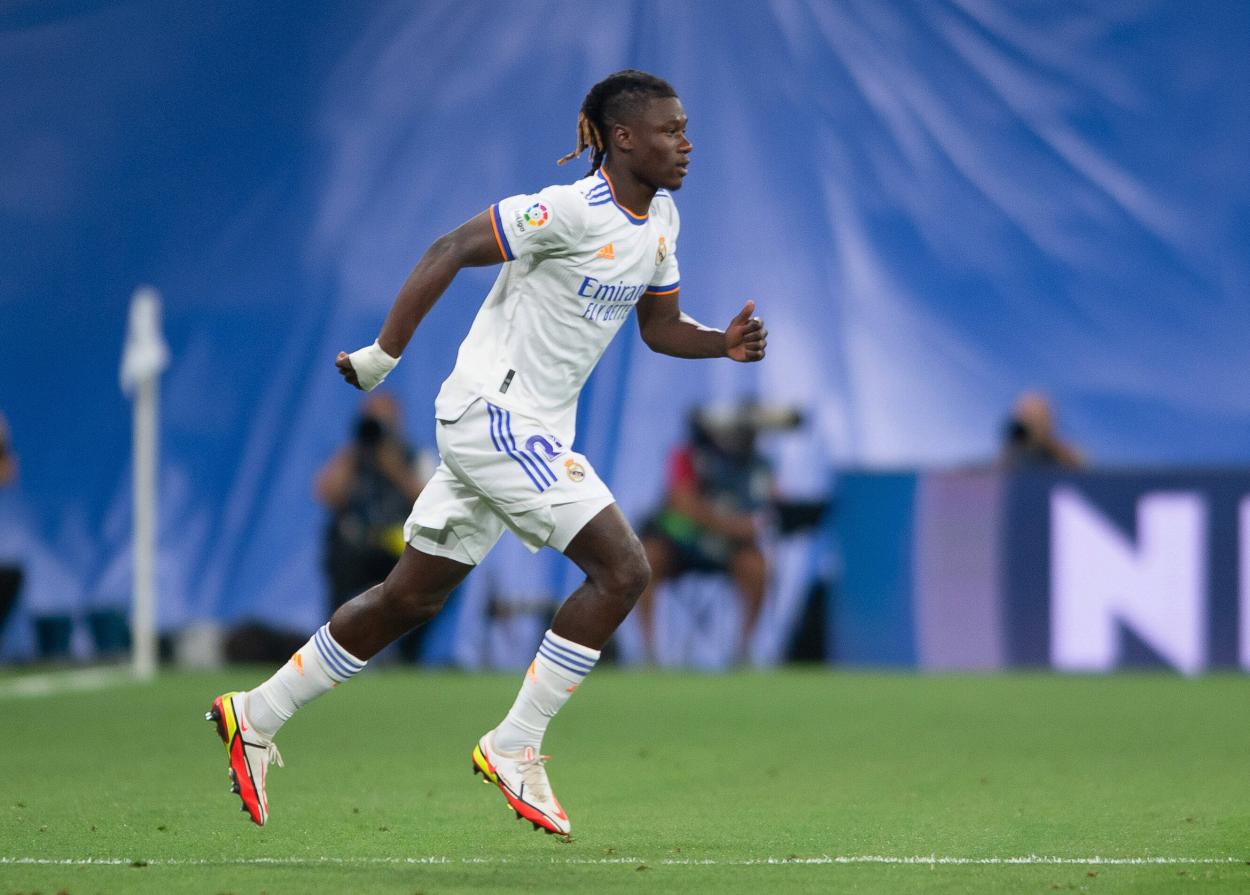 The match of Inter vs Real Madrid will be played at the San Siro Stadium ; with capacity for 80,042 people.

My name is Claudio Amelco and I’ll be your host for this game. We will provide you with pre-game analysis, score updates, and news as it happens live here on VAVEL.