This was the first goal of the match

Thank you for following the Minnesota FC vs. LA Galaxy MLS game.
9:59 PMa month ago

Honou misses the counterattack and sends the ball over the top of the goal.
9:54 PMa month ago

Joveljic with the feint and the shot inside the box that goes straight into the stands.
9:48 PMa month ago

Kallman to the field and it was all Findley, Minnesota United change.
9:46 PMa month ago

Fisher came on and Kljestan came off, LA Galaxy change.
9:44 PMa month ago

Enter Rosales and it's all for Fragapane, Minnesota change.
9:43 PMa month ago

Finley goes one-on-one and, in front of the goalkeeper, he finishes from the side to score the third

Defensive error inside the box that the Galaxy cannot capitalize on.
9:26 PMa month ago

Vázquez's shot hits the net on the outside.
9:25 PMa month ago

Cabral, Kljestan and Coulibaly came out.

Fragapane doesn't make a good reception inside the area and it slips off the back line.
9:18 PMa month ago

It looked like Cabral was going to score, but the goalkeeper made a save to save his goal.
9:16 PMa month ago

Araujo is fouled on the edge of the area and is cautioned.
9:12 PMa month ago

The second half begins between Minnesota and LAFC.
8:55 PMa month ago

Grandsir's shot with power that goes out to the goalkeeper's location.
8:48 PMa month ago

Finlay with the shot that goes wide of the goal when he made the move from the right wing.
8:47 PMa month ago

Joveljic tries to pump the ball at the goalkeeper, but Miller guesses his intentions and saves the ball.
8:44 PMa month ago

Finlay can not continue with the attack because he was in advanced position.
8:38 PMa month ago

Trapp with a shot from outside the box that goes wide. Minnesota keeps coming.
8:35 PMa month ago

Strong tackle by Alonso, but the referee does not caution him.
8:34 PMa month ago

Reynoso with a shot from outside the box to put it into the corner and increase the lead to 2-0.

Fragapane's too-long service goes to the back line.
8:18 PMa month ago

A shot from midfield that Miller's goalkeeper Miller manages to get back to catch.
8:13 PMa month ago

Reynoso with a low mid-range shot to open the scoring 1-0.

Minnesota's free kick does not go wide in the Californian penalty area.
8:09 PMa month ago

The game between Minnesota United and LA Galaxy kicks off.
7:55 PMa month ago

We are minutes away from the start of the game between Minnesota United FC and Los Angeles Galaxy, for the 26th week of MLS.
7:42 PMa month ago

This is what Minnesota United's locker room looks like. Simply spectacular.

Just a few moments ago, the LA Galaxy players took a look at the field, where they will be looking for three more points to consolidate their position at the top of the conference.

Both Chicharito and Jonathan dos Santos will not start the game, but could come on for the second half.
7:35 PMa month ago

Minnesota will take the field in these training shirts, and they will have the last names of people undergoing treatment on their backs.

...the fellas will wear the names of pediatric patients on the back of their warm-up tops tonight. pic.twitter.com/RNFi6rUIcV

Led by Jonathan dos Santos and with all the attitude, this is how the LA Galaxy arrived with the objective of taking the three points. 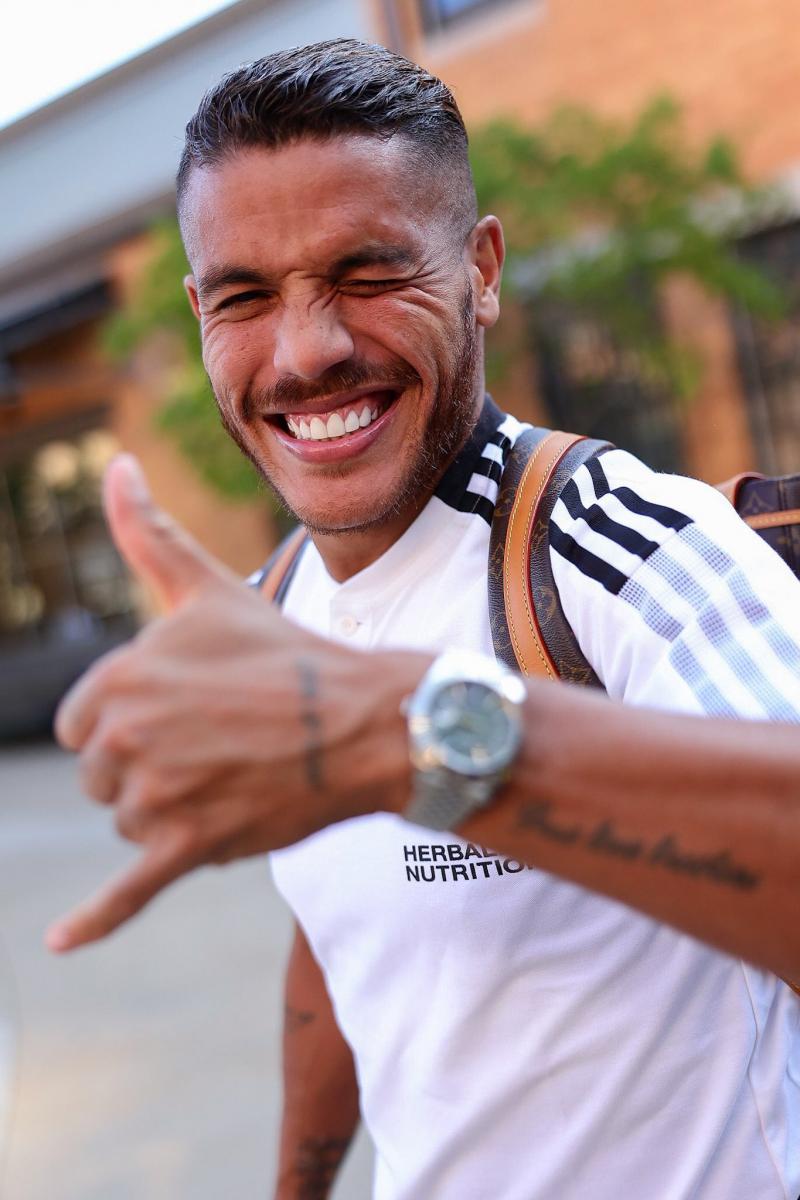 The LA Galaxy did not take advantage of their home advantage in midweek, although they did salvage a point after a 1-1 draw against the Houston Dynamo with a goal from Mexico's Javier Hernandez.
7:10 PMa month ago

The Minnesota team is coming off a painful defeat after being thrashed 4-0 at the home of Sporting Kansas City.
7:05 PMa month ago

MLS action this Saturday as Minnesota United tries to get back to winning ways against the LA Galaxy. We start with the coverage.
7:00 PMa month ago

Do not miss a detail of the match with the live updates and commentaries of VAVEL. Follow along with us all the details, commentaries, analysis and lineups for this Minnesota United vs LA Galaxy match in MLS.
6:55 PMa month ago

What time is Minnesota vs LA Galaxy match for MLS?

This is the start time of the game Minnesota vs LA Galaxy of 18th September in several countries:

The Californian team has dominated the last few meetings, winning four games and drawing one on any field.

Much is said about other players, but what Jonathan dos Santos has done in midfield is worthy of note, with a solvency to recover balls and also with the ability to be deep or filter passes that can cause damage. 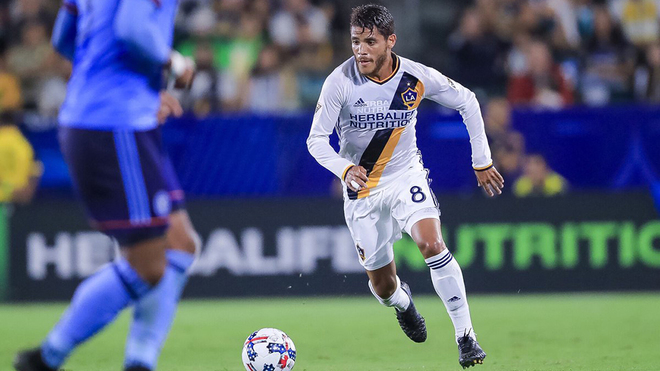 The goals have not come in the way the team was getting used to, but you can never rule out what Fanendo Adi can do, who at any moment could change the course of the match. 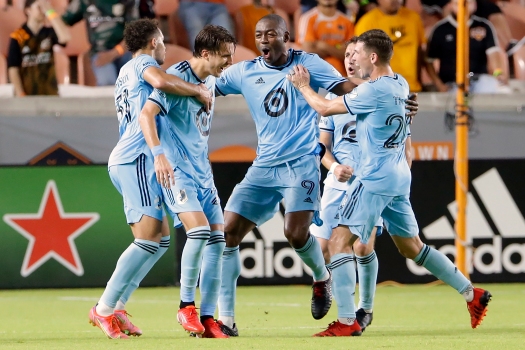 LA Galaxy: staying at the top

Despite the fact that victories have come and gone in recent matches, LA Galaxy remain at the top of the conference and a win on Saturday would consolidate their position in the top places, with the final stretch of the campaign in mind.
6:20 PMa month ago

Minnesota: back to winning ways

With just one win in their last six games, including a midweek drubbing at the hands of Sporting Kansas City, Minnesota United need to get back to winning ways as they head into the final stretch of the season on the brink of advancing to the next round and need to make their home advantage count.
6:15 PMa month ago

The Minnesota vs LA Galaxy match will be played at the Allanz Field, in Minnesota, United States. The kick-off is scheduled at 8 pm ET.
6:10 PMa month ago

Welcome to VAVEL.com’s LIVE coverage of the 2021 MLS: Minnesota vs LA Galaxy!

NYCFC vs D.C. United preview: How to watch, team news, predicted lineups and ones to watch 3 days ago

Columbus Crew vs New York Red Bulls preview: How to watch, team news, predicted lineups and ones to watch 3 days ago

Austin FC vs Minnesota United preview: How to watch, team news, predicted lineups and ones to watch 9 days ago

Houston vs Seattle preview: How to watch, team news, predicted line-ups and ones to watch 8 days ago

NYCFC vs Nashville SC preview: How to watch, team news, predicted lineups and ones to watch 21 days ago
//