La Máquina takes the three points with goals from Angulo and Passerini.
9:58 PMa month ago

Change of La Maquina. Luis Romo out, Cristian Jimenez in.
9:56 PMa month ago

GOOOOOOOL. Lucas Passerini scores from the penalty spot to make it 2-0 with a shot to Aguerre's left post.
9:50 PMa month ago

Danger! Luis Romo pumps the ball that misses the Queretaro goal by centimeters. Free kick in favor of La Máquina
9:36 PMa month ago

A great save! Olivera shoots from half distance but the Celeste goalkeeper makes a great save.Querétaro substitution. Olivera and Madrigal come off, José Ramírez and David Cabrera are substituted.
9:31 PMa month ago

Bryan Angulo and Roberto Alvarado are out, Juan Escobar and Lucas Passerini are in.
9:19 PMa month ago

Free kick in favor of Cruz Azul.
9:08 PMa month ago

The second half begins.
8:51 PMa month ago

End of the first half. Cruz Azul goes to the break with the minimal advantage.
8:49 PMa month ago

Two more minutes of compensation are added
8:48 PMa month ago

They are saved! Queretaro almost got their second after a great shot by Nacho Rivera that left the goal shaking but could not find the net.
8:44 PMa month ago

GOOOOOL! Bryan Angulo steals the ball after a mistake by the defense and scores to put Cruz Azul ahead by the minimum.
8:38 PMa month ago

Corner kick for Cruz Azul. Ignacio Rivera's second shot is deflected by Sosa in a fortunate contact for the visitors.
8:30 PMa month ago

Free kick for Querétaro. Pablo Barrera takes a free kick from a set piece and the ball skims the goal post.
8:25 PMa month ago

He missed it! Nicolás Sosa takes a close-range shot that ends up crossing too far for the ball to roll inches wide of Gudiño's left post.
8:21 PMa month ago

As the clock ticks down, the fans continue to arrive at the Azteca Stadium and the stands begin to turn bright blue.
8:14 PMa month ago

Close! Dangerous play in the Querétaro area, Orbelín very close to giving the home team the lead.
8:04 PMa month ago

Querétaro's set piece is headed by Nico Sosa but ends up out of bounds.
8:02 PMa month ago

The match between La Máquina and Gallos kicks off! Edgar Morales will be the central referee for this duel
7:58 PMa month ago

The fans punish them

Less than ten minutes before kick-off, the Azteca stands are almost empty. It is worth remembering that the fans left the stadium upset after the elimination from the Champions League.
7:47 PMa month ago

Cruz Azul and Querétaro have five wins apiece and three draws in their last 10 Liga MX matches. Los Gallos are at a slight disadvantage having failed to score in their last four home outings.
7:41 PMa month ago

The Querétaro squad takes to the field to begin pre-kickoff drills. 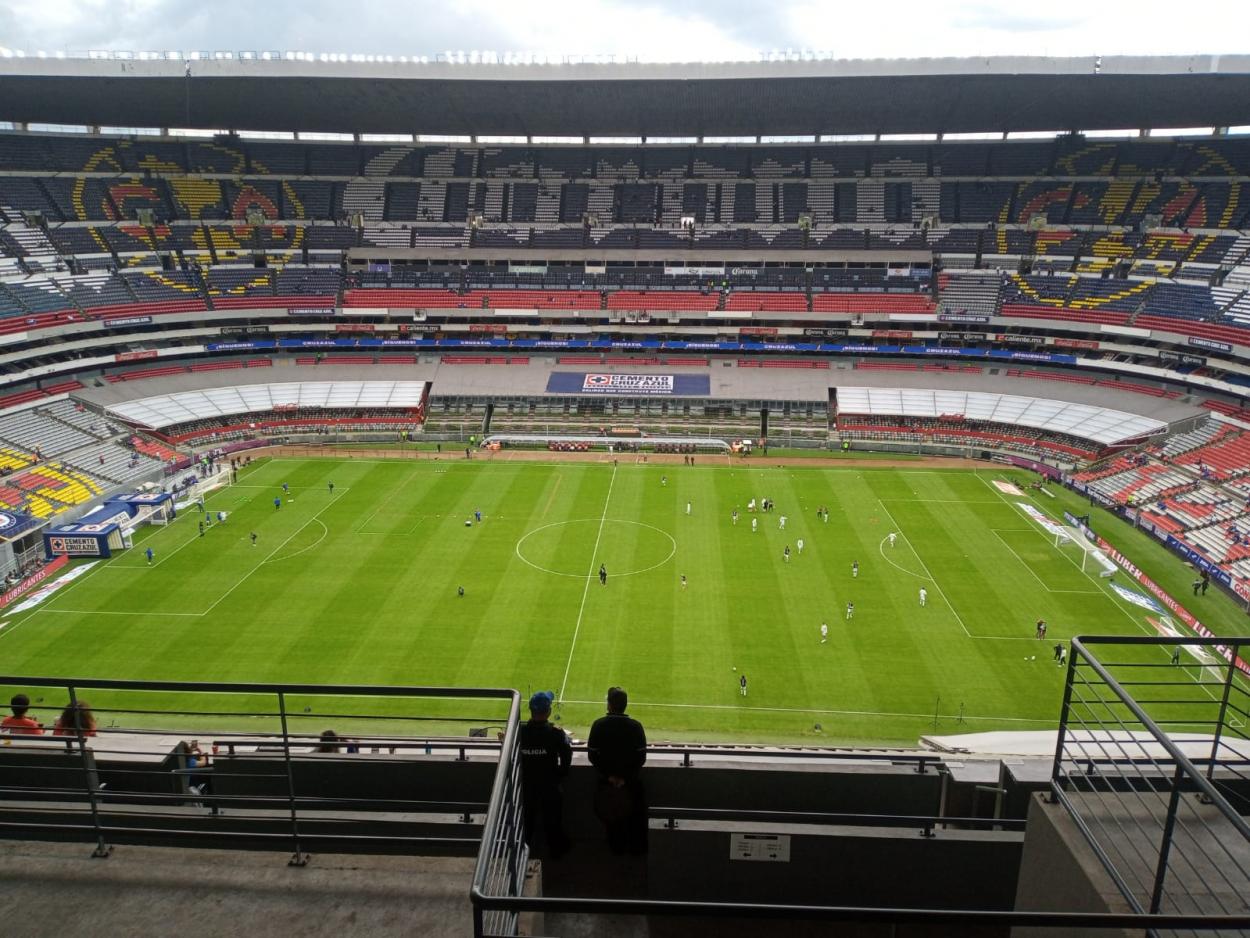 This is what the Azteca Stadium esplanade looks like one hour before kickoff. The fans are slowly arriving at the Coloso de Santa Ursula. 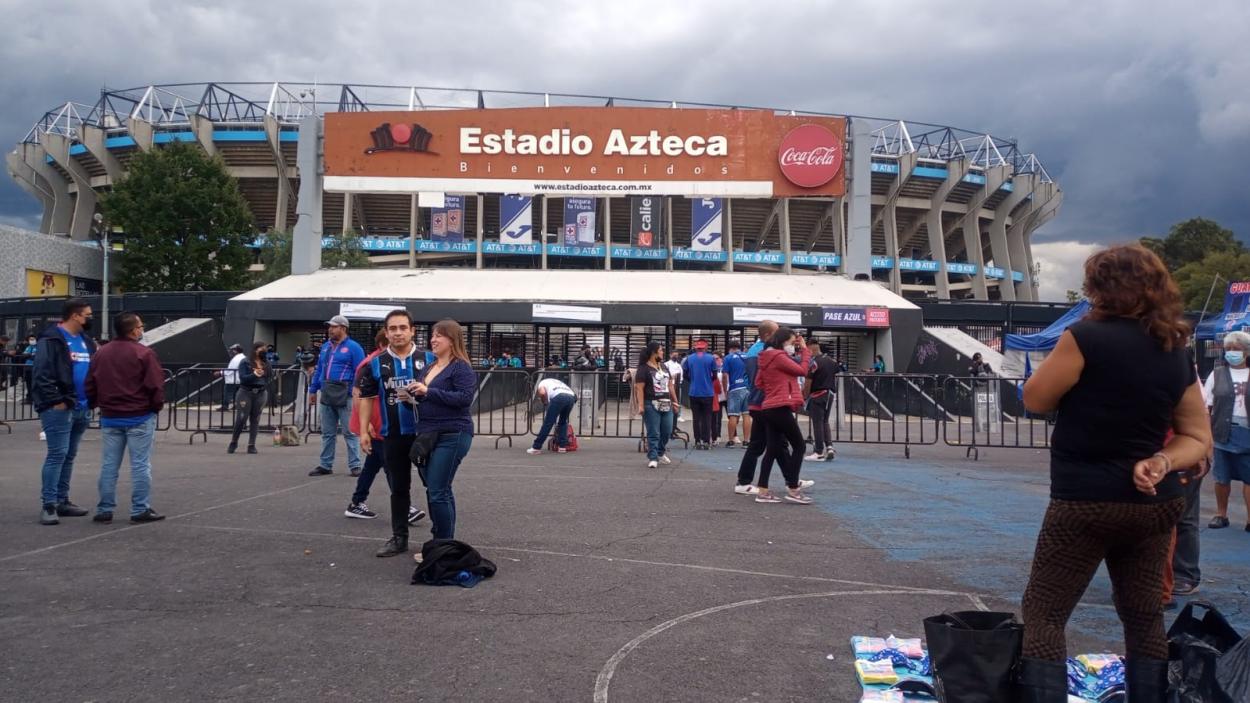 We are ready for the duel between La Maquina and Los Gallos at the Estadio Azteca. Cruz Azul will be looking to reconcile with the Celeste fans after the midweek defeat.
7:11 PMa month ago

Do not miss a detail of the match Cruz Azul vs Querétaro live updates and commentaries of VAVEL.
7:06 PMa month ago

How to watch Cruz Azul vs Querétaro Live Stream on TV and Online?

If you want to watch the game Cruz Azul vs Querétaro live on TV, your options is: TUDN.

What time is Cruz Azul vs Querétaro match for Liga MX?

This is the start time of the game Cruz Azul vs Querétaro of 19th September 2021 in several countries:

Azteca at a glance 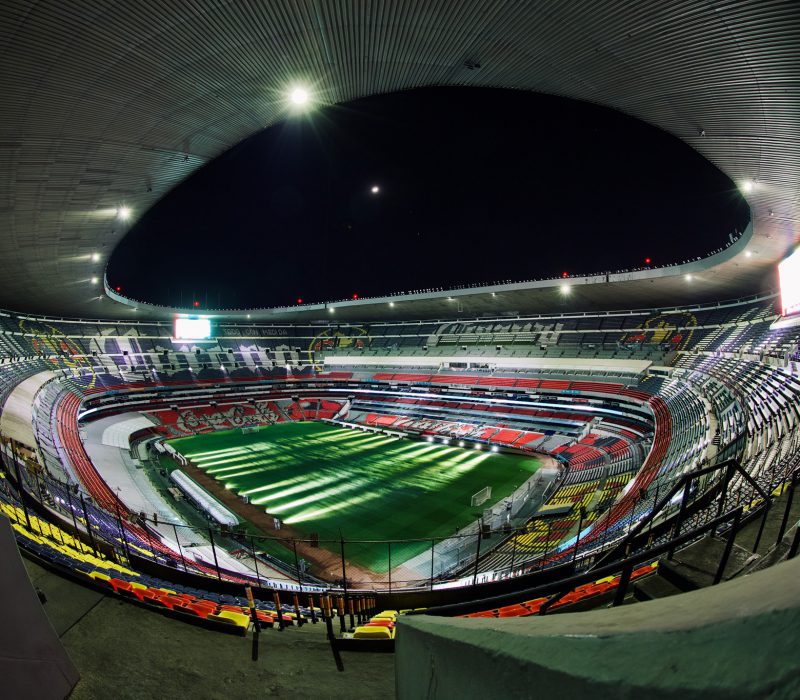 Designed by architects Pedro Ramírez Vázquez and Rafael Mijares Alcérreca, the Azteca Stadium was inaugurated on May 29, 1966. Emilio Azcárraga Milmo ordered its construction on the occasion of the ninth edition of the 1970 Soccer World Cup. Ernesto P. Uruchurtu, Gustavo Díaz Ordaz and Stanley Rous (FIFA president at the time) were present.

For the choice of the name, the fans sent in their proposals, which were voted on. "Azteca" was the idea of Antonio Vázquez Torres, originally from León, Guanajuato. In 1997, the name was changed to "Guillermo Cañedo" in homage to the death of the executive, but it was not well received by the fans and returned to the original "Azteca". It is also called "Coloso de Santa Ursula" due to its location on that former ejido land.

The first goal in the stadium's history was scored ten minutes into the inaugural match. Club America was playing against Italian Club Torino and Arlindo Dos Santos shot from outside the area causing the 105,000 fans present to explode. The match ended in a 2-2 draw. The Azteca is the only stadium in the world to have hosted two World Cup finals: Mexico 70 (Brazil 4-1 Italy) and Mexico 86 (Argentina 3-2 Germany), as well as the U-17 final in 2011 (Mexico 2-0 Uruguay).

The outlook for the Gallos de Querétaro is less encouraging; in the eight games played this season, they have only managed to win once. They have three draws and four defeats, with only four goals scored and eight conceded. With six points, they are in 15th place in the general classification.
6:41 PMa month ago

Cruz Azul is in the middle of the table with a total of four ties, two defeats and two victories for a total of 10 points. In the last five games, they have only managed to obtain one victory and are currently outside the direct qualification places, in ninth place, but are still in a position to qualify for the playoffs.
La Máquina will be looking to bounce back against the Queretaro team after the heavy blow they suffered in midweek in the semifinal of the CONCACAF Champions League, where they were thrashed by Rayados 1-5 on aggregate, a score that ultimately eliminated them from the competition. Juan Reynoso knows that the fans are not happy with the team's performance and has shown his commitment to changing the face of the Celeste team. Despite the poor start, La Máquina has the specific objective of finishing among the top positions at the end of the regular season in order to compete again for the second championship.
6:36 PMa month ago