Leicester City tried to equalize until the end but the home team took the three points and reached its fourth victory
10:55 AM19 hours ago

90' The match is coming to end and the visitors are still trying to get an equalizer.

Leicester insists on scoring
10:51 AM20 hours ago

86' VAR review by goal in offside

Youri Tielemans shot out of target
10:43 AM20 hours ago

Çaglar Söyüncü header from the center of the box is just a bit too high. Assisted by Youri Tielemans with a cross following a corner.
10:38 AM20 hours ago

Ademola Lookman fired a shot from outside but it went wide
10:32 AM20 hours ago

VAR review: The decision is to disallow the goal for offside
10:29 AM20 hours ago

Ademola Lookman scored to Leicester but VAR is in review for potential offside
10:24 AM20 hours ago

The home team did not want to lose the ball and came close through Adam Lallana's header.
10:17 AM20 hours ago

Youri Tielemans right footed shot from outside the box misses to the left. Assisted by Harvey Barnes.
10:13 AM20 hours ago

Free kick for Brighton and shoot with the head of Danny Welbeck  Leandro Trossard passed the ball. 2-0.
10:09 AM20 hours ago

Leandro Trossard was brought down near the opponent's box
10:07 AM20 hours ago

The second half begins between Brighton and Leicester with the score 1-0 in favor of the home team.
9:53 AM21 hours ago

End of the first half with the score 1-0 in favor of the home team after a penalty kick goal.
9:51 AM21 hours ago

Leandro Trossard right footed shot from outside the box is too high from a direct free kick.
9:47 AM21 hours ago

42'The home team continued attacking after the goal

Attempt saved with a shot that just misses the top left corner. Danny Welbeck right footed shot from outside the box is saved in the bottom right corner. Assisted by Leandro Trossard with a cross following a cross.
9:42 AM21 hours ago

Goal of penalty kick of Neal Maupay
9:38 AM21 hours ago

VAR review for a possible penalty kick
9:36 AM21 hours ago

29' The visitors were saved

Attempt blocked with a low shot from a corner kick. Leandro Trossard right footed shot from the right side of the box is saved in the bottom right corner. Assisted by Shane Duffy with a cross following a cross.
9:32 AM21 hours ago

Adam Lallana left footed shot from the center of the box is too high. Assisted by Danny Welbeck.
9:28 AM21 hours ago

Offside. Joël Veltman tries a through ball, but Solly March is caught offside.
9:26 AM21 hours ago

20' Brighton come back to target

Struck shot saved by the ground. Solly March left footed shot from the right side of the box is saved in the bottom right corner. Assisted by Joël Veltman.
9:23 AM21 hours ago

Shane Duffy header from the center of the box misses to the left. Assisted by Leandro Trossard with a cross following a corner.
9:22 AM21 hours ago

Neal Maupay left footed shot from the center of the box is blocked. Assisted by Marc Cucurella with a through ball.
9:16 AM21 hours ago

James Maddison right footed shot from outside the box is blocked. Assisted by Harvey Barnes.
9:13 AM21 hours ago

Barnes crosses in from the left, Vardy tries to meet it with a half bicycle-kick as he gets his foot up high, but the effort is straight into the midriff of Dunk who is marking the striker tightly.
9:03 AM21 hours ago

The teams are on the field and the game has already started.
8:44 AMa day ago

The Foxes are currently ninth in the table with six points to show for their four games, while Brighton are sixth, having taken nine points from their first four games of the 2021-22 campaign.
8:40 AMa day ago 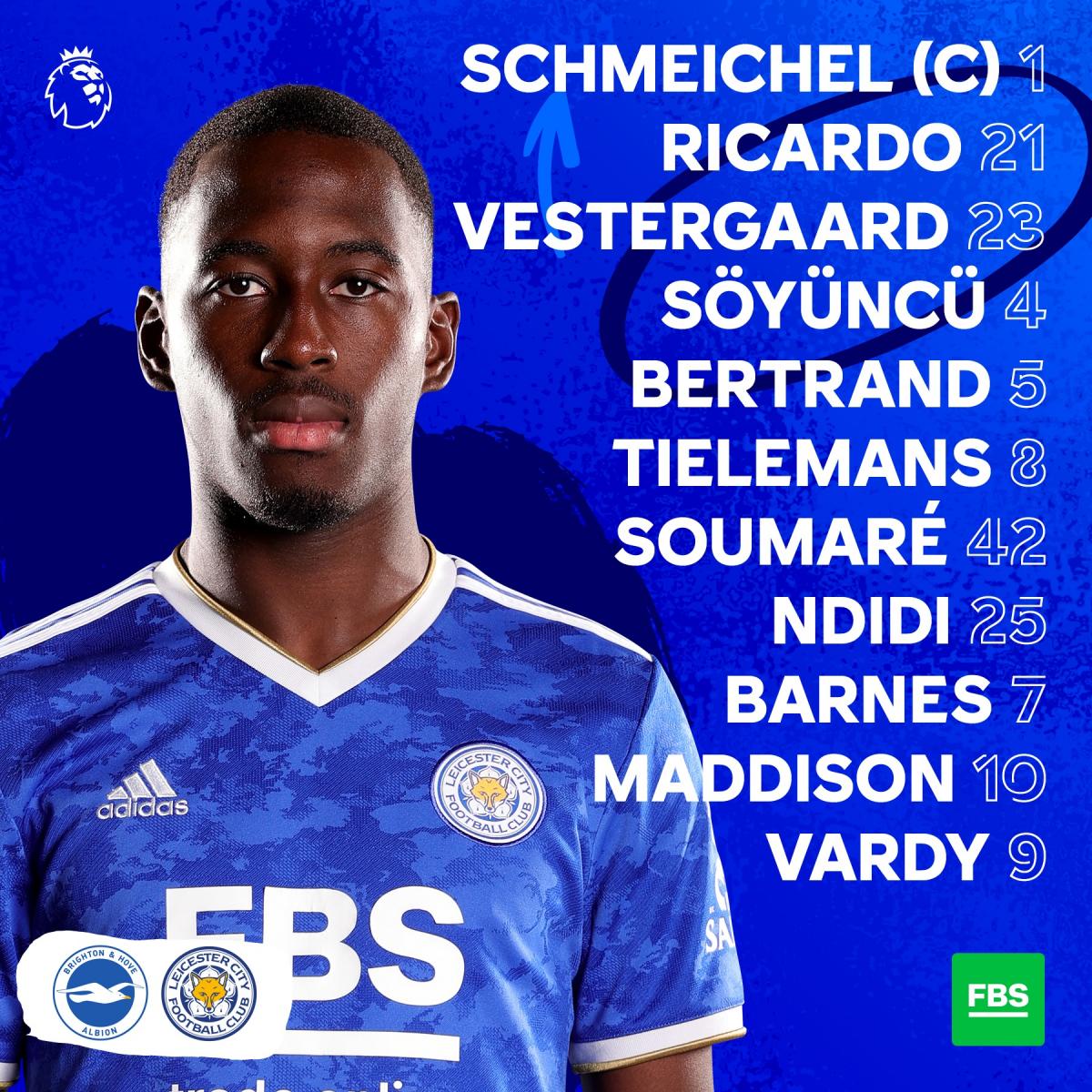 Those are the team !! 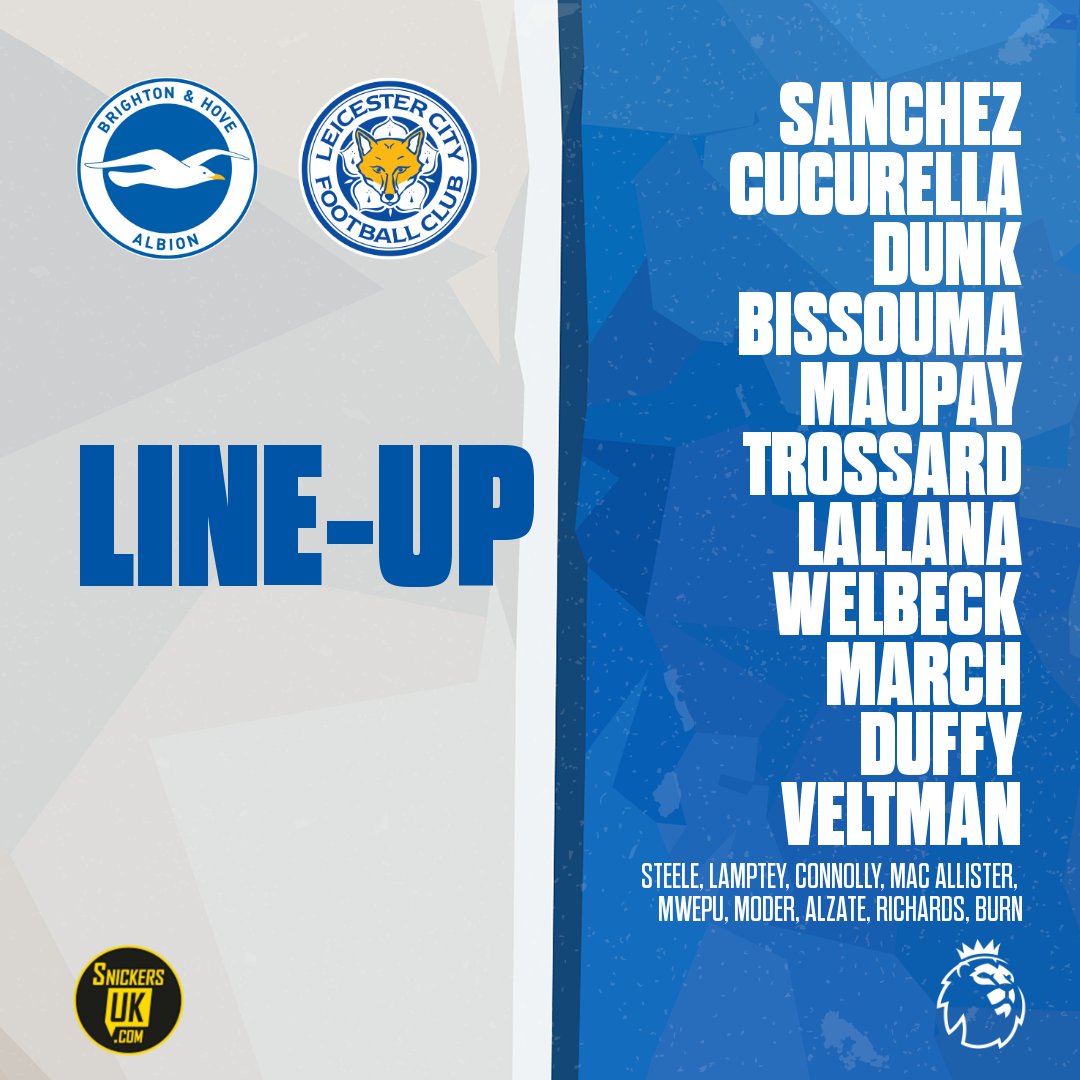 We start with transmission

In a few minutes we will begin with the transmission.
1:13 PM2 days ago

In a few moments we will share with you the Brighton vs Leicester City live starting lineups, as well as the latest information from the Falmer Stadium. Keep an eye on the action with VAVEL's minute-by-minute live online coverage.
1:08 PM2 days ago

How to watch Brighton vs Leicester City live on TV and online?

If you want to watch streaming it, your option is: Peacock

What time is the Brighton vs Leicester City match?

This is the start time of the game Brighton vs Leicester City of September 19, 2021 in several countries:

Daniel Amartey stands out for scoring the winning goal in a 2-1 victory in the last visit to Falmer Stadium.
12:48 PM2 days ago

Belgian player Leandro Trossard is coming off the back of a goal in his team's 1-0 win over Brentford and will be looking to add more goals to his squad.
12:43 PM2 days ago

History between Brighton and Leicester

Brighton has not been able to beat Leicester since 2014 and has lost five of the last six games played between the two, a red balance for the home side and favorable for the visitors, a situation that forces the home side to change that negative streak against the foxes.
12:38 PM2 days ago

Leicester, looking to regain points on the road

The foxes have had an irregular start, winning two out of four games played and losing two, a situation that places them temporarily in ninth place with six points and forces them to recover points away from home.
12:33 PM2 days ago

Brighton will be looking to maintain the good level

Brighton have had their best start to a season since they have been in the Premier League, with three wins and just one defeat in four games at the start of the season.
12:28 PM2 days ago

The match will be played at the Falmer Stadium

The match between Southampton and Manchester United will be played at St Mary's Stadium, located in Falmer, it has a capacity for approximately 30.750 people. 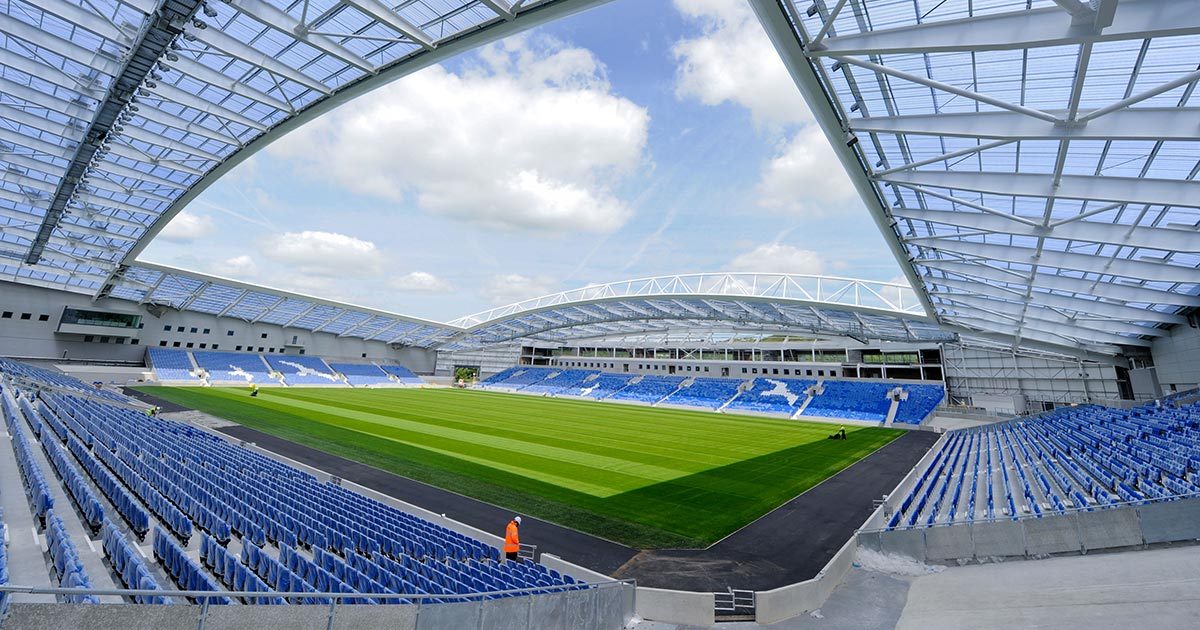 Hello! Welcome to the coverage of the Brighton vs Leicester City match, corresponding to matchday 5 of the 2021-22 Premier League season.

My name is Daniel Castilla and I will be your host for this match. We will bring you pre-match analysis, score updates and live news here on VAVEL.