We hope you enjoyed the Levante vs Celta de Viego matchday six of La Liga. Keep checking back on VAVEL.COM for updates throughout the day.
5:51 PMa month ago

The match ends at the Estadio Ciudad de Valencia, after a great storm, Celta de Vigo got their first win of the season.

At the beginning, the duel started very evenly, with both teams making some chances, but they were left in the last step to break the zero on the scoreboard.

In the second half, Iago Aspas would appear to put the visitors on top and give them a pure breath of hope in unfamiliar territory. It didn't take long for Levante to respond, however, a missed penalty would sink the team's spirits and consequently Celta de Vigo's second would fall to seal the Celeste's victory. 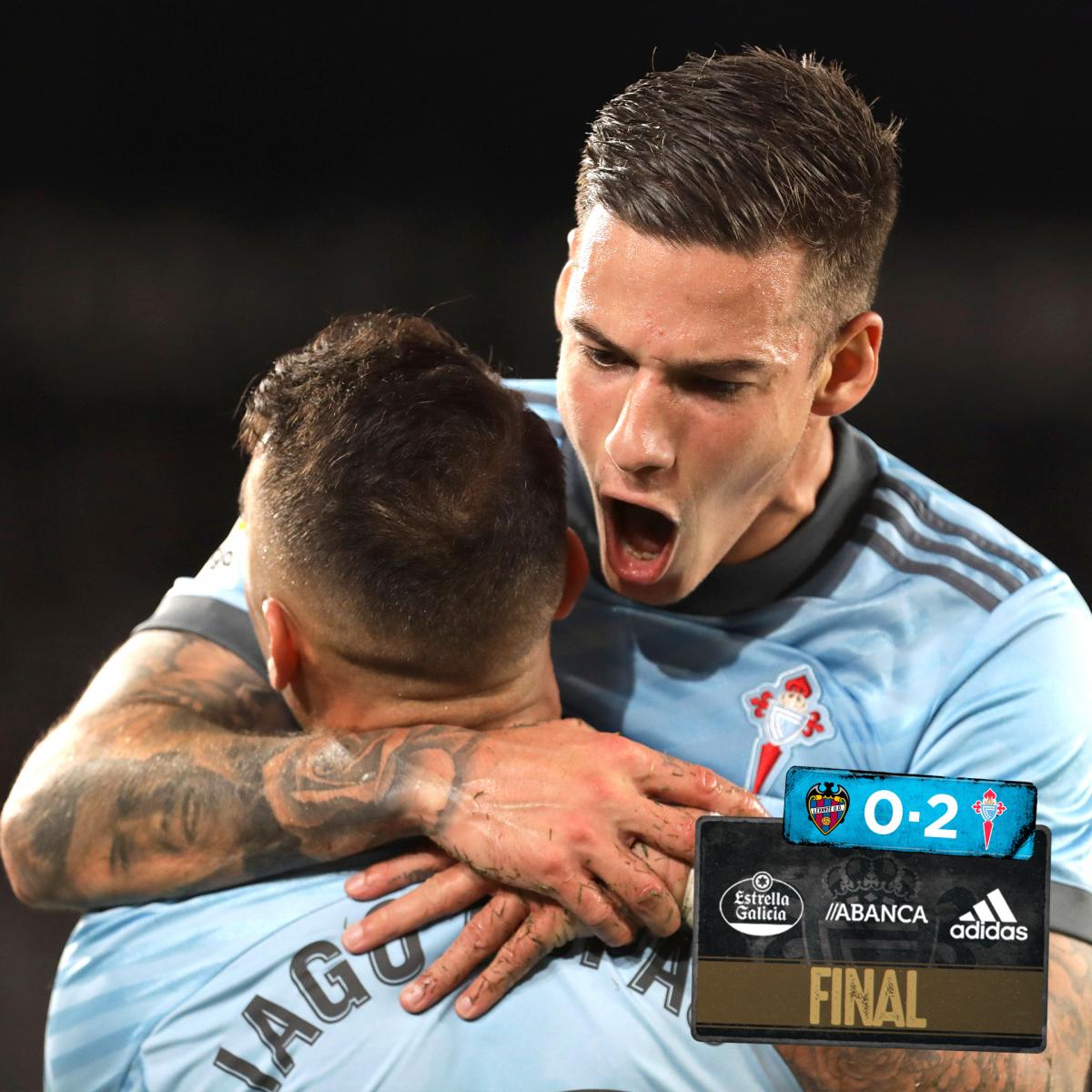 Celta de Vigo comes close! Iago Aspas took a shot looking to score the goal that will end the match.
5:30 PMa month ago

WHAT LEVANTE MISSED! Roger misses the penalty that could have meant the tie.
5:28 PMa month ago

Iago Aspas is painted yellow for handling the ball.
5:23 PMa month ago

Jorge Miramón is shown the yellow card.
5:10 PMa month ago

THE ONE THAT LEVANTE MISSED! Roger had it in front of goal and sent it over the crossbar.
5:03 PMa month ago

The second half begins, so far both teams are still tied.
4:47 PMa month ago

The first half is over in Valencia, Levante UD draws goalless with Celta.
4:45 PMa month ago

Levante free kick goes over the crossbar
4:38 PMa month ago

Celta was back on the scoreboard! In a sea of rebounds, Celta Vigo tried to get the shot that would put one on the scoreboard, however, most of them crashed into the defender's legs and ended up in the goalkeeper's hands.
4:31 PMa month ago

Levante comes close! Franquesa sent a cross shot that was touched inside the box by Pablo Martinez but the shot went wide.
4:27 PMa month ago

Once again Levante came close. Morales takes a powerful shot but deflected wide of the goal.
4:20 PMa month ago

Levante comes close! Jorge Miramón sent in a dangerous cross that was poorly controlled by Morales.
4:16 PMa month ago

Admonishment! Now it was Roger Martí who saw the yellow card.
4:09 PMa month ago

Santiago Mina was getting to the edge of the area but the referee marks offside. The ball is in Levante's hands.
4:07 PMa month ago

Admonishment! Renato Tapia is yellow-carded early in the match.
4:02 PMa month ago

The match between Levante and Celta de Vigo kicks off, both teams are going for the victory.
3:50 PMa month ago

In a couple of minutes we will start with the match: Levante vs Celta de Vigo, duel corresponding to the 6th round of the Spanish League.
3:39 PMa month ago

This is what the pitch at the Ciudad de Valencia Stadium looks like for today's match, simply spectacular! 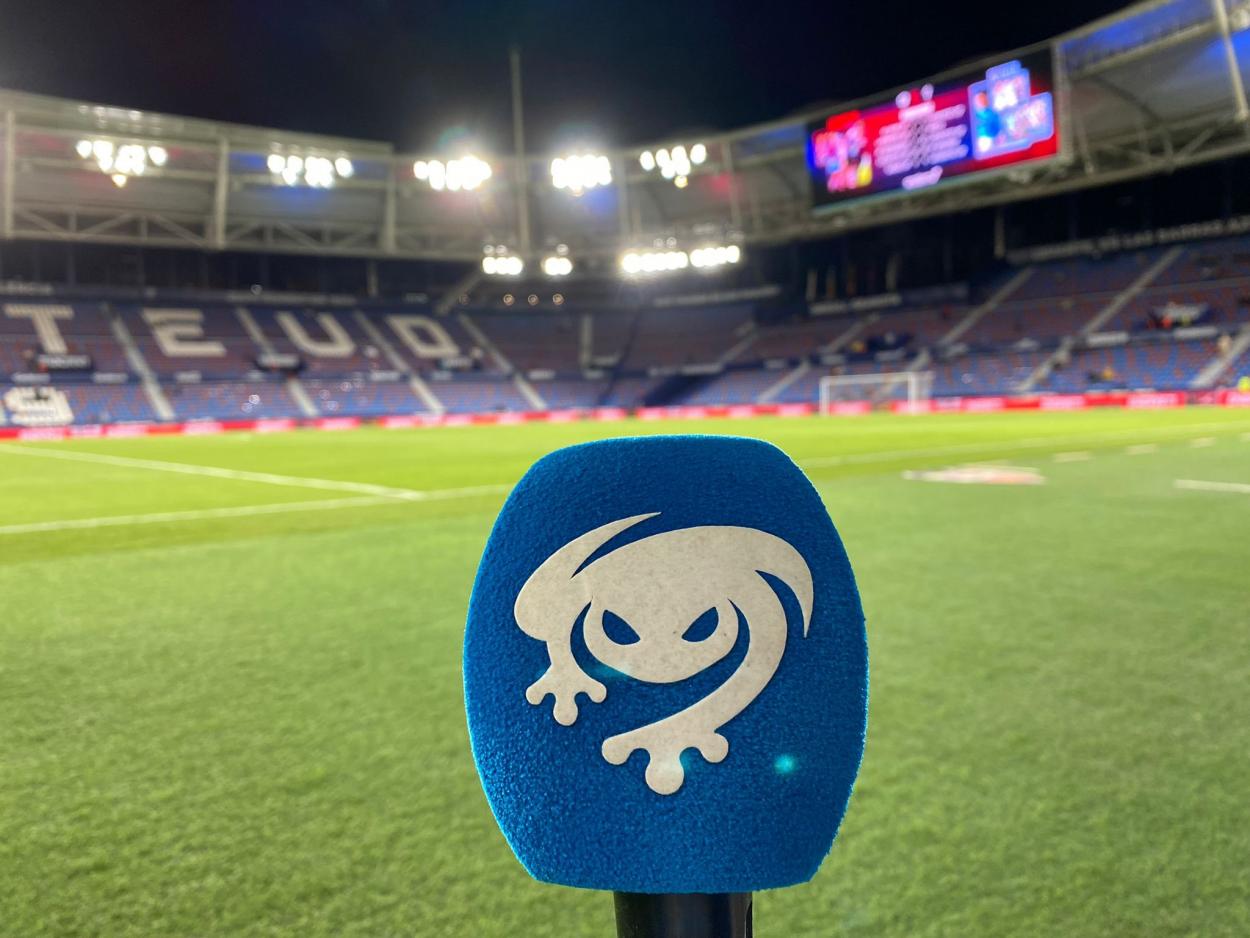 This is how Celta Vigo left their hotel!

In this way and surrounded by fans, Celta de Vigo left their hotel to start the trip to the Ciudad de Valencia stadium.

In this way, the Celtic team will take the field looking to achieve the feat and get the three golden points to get out of the relegation zone. 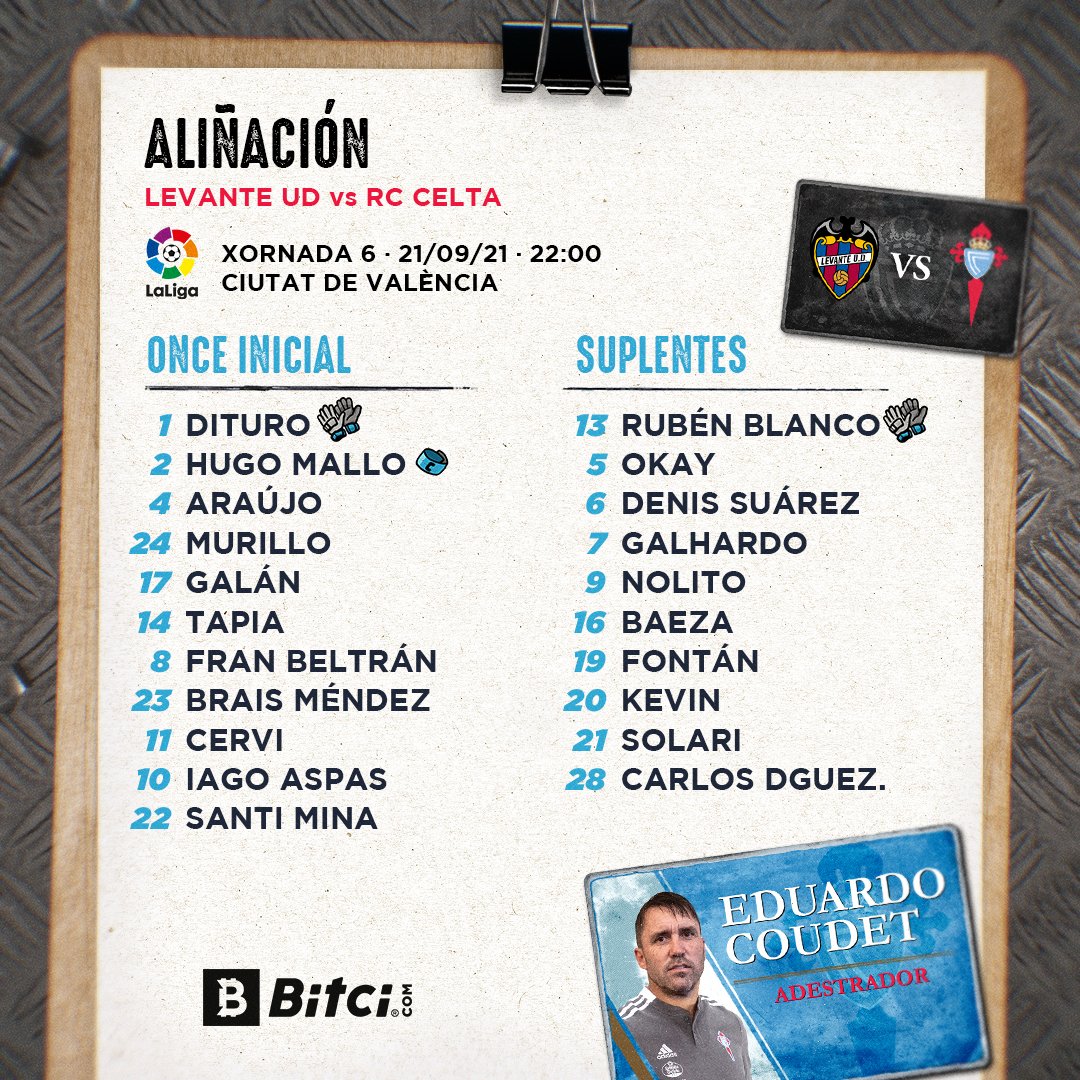 This is how Celta arrives to this match

Celta de Vigo arrived at the midweek matchday after losing 1-2 against Cádiz at their stadium. In this way, Coudet's team suffered their third consecutive defeat after losing to Real Madrid and Athletic. The Galicians have not been able to find their pattern of play in a start of the season reminiscent of last year and, with only one point in their locker, they are in the relegation places. This forces them to travel to Valencia with the only mentality of coming out victorious from a match in which the Celtiñas will not be able to count on Aidoo, who is the only confirmed absence for today's game.
3:05 PMa month ago

This is how Levante takes the field! 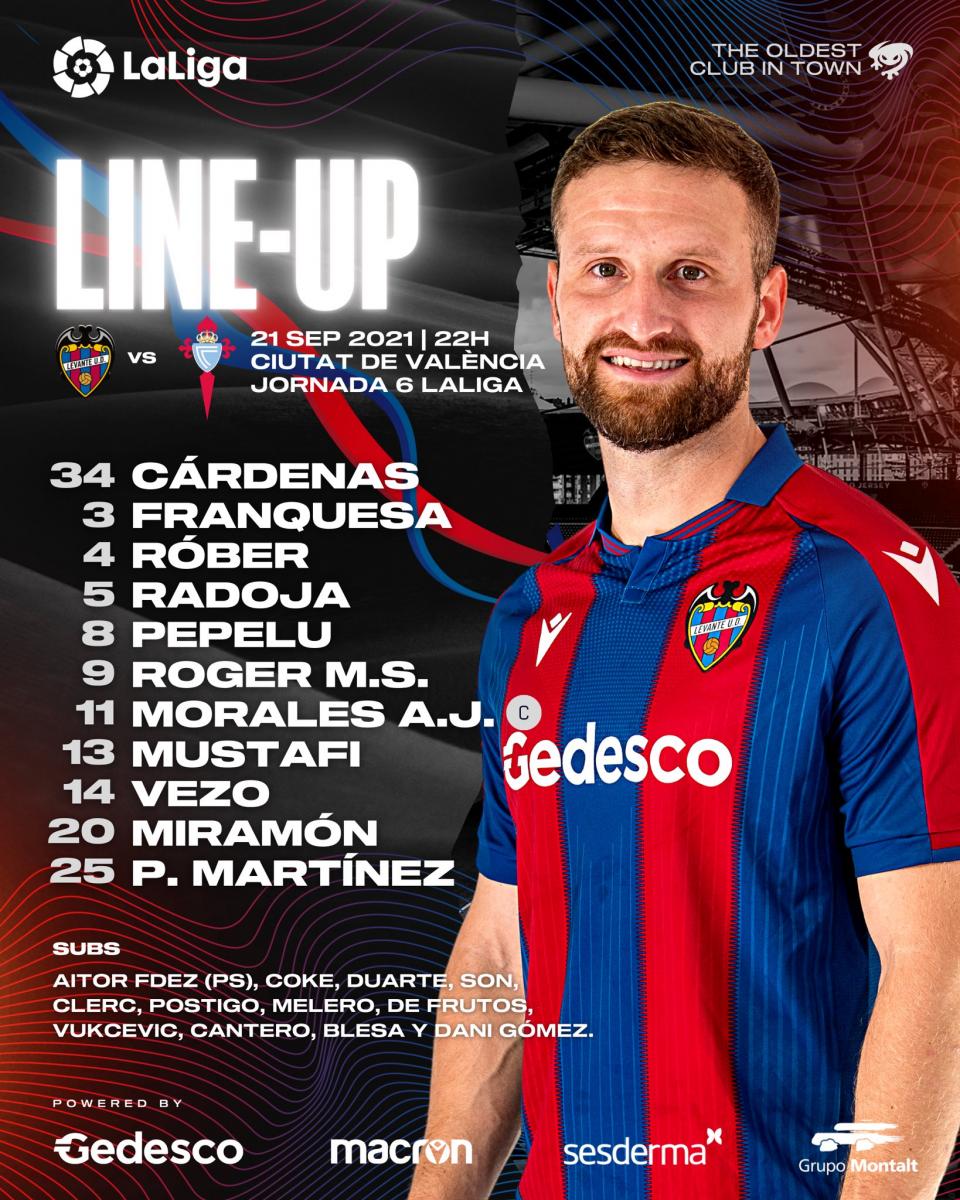 This is how Levante arrives

Levante continues to show many doubts in a start of the season where they have not shown the level they can reach. Paco López's team has yet to win in the five games played so far, scoring a total of four points out of a possible 15. They still have time to turn the situation around and we will see if after drawing 1-1 in their visit to Elche they can get their first win of the season against an opponent that is also being very irregular. The home side will be without Bardhi, Roberto Soldado and José Campaña, while De Frutos, Malsa and Morales have recovered from their respective injuries.
3:01 PMa month ago

There will be no more waiting. Today kicks off another day in the Spanish League between Levante and Celta de Vigo, the locals are currently better positioned in the general table, however, the difference with the visitor is not much so a win or a loss could set the tone in the path of these two clubs.
1:50 PMa month ago

Do not miss a detail of the match with the live updates and commentaries of VAVEL. Follow along with us all the details, commentaries, analysis and lineups for this Levante vs Celta de Vigo match.
1:45 PMa month ago

What time is Levante vs Celta de Vigo match for LaLiga?

This is the start time of the game Levante vs Celta de Vigo of 21th September in several countries:

He is the team's standard bearer and at one point became part of the Spanish national team, Iago Aspas, the killer of the Celtic team and one of the most beloved players of the fans will be the player to follow for this match. Since his arrival in 2015 to the Celtic team, Iago has played almost 20,000 minutes with the blue jersey, he has appeared 236 times as a starter and 116 times he has broken the net, he has also collaborated with 43 assists during his stay, so Iago could be the player who tips the balance in favor of the visiting team. He is also a temperamental player, having received 51 yellow cards and only 2 expulsions. 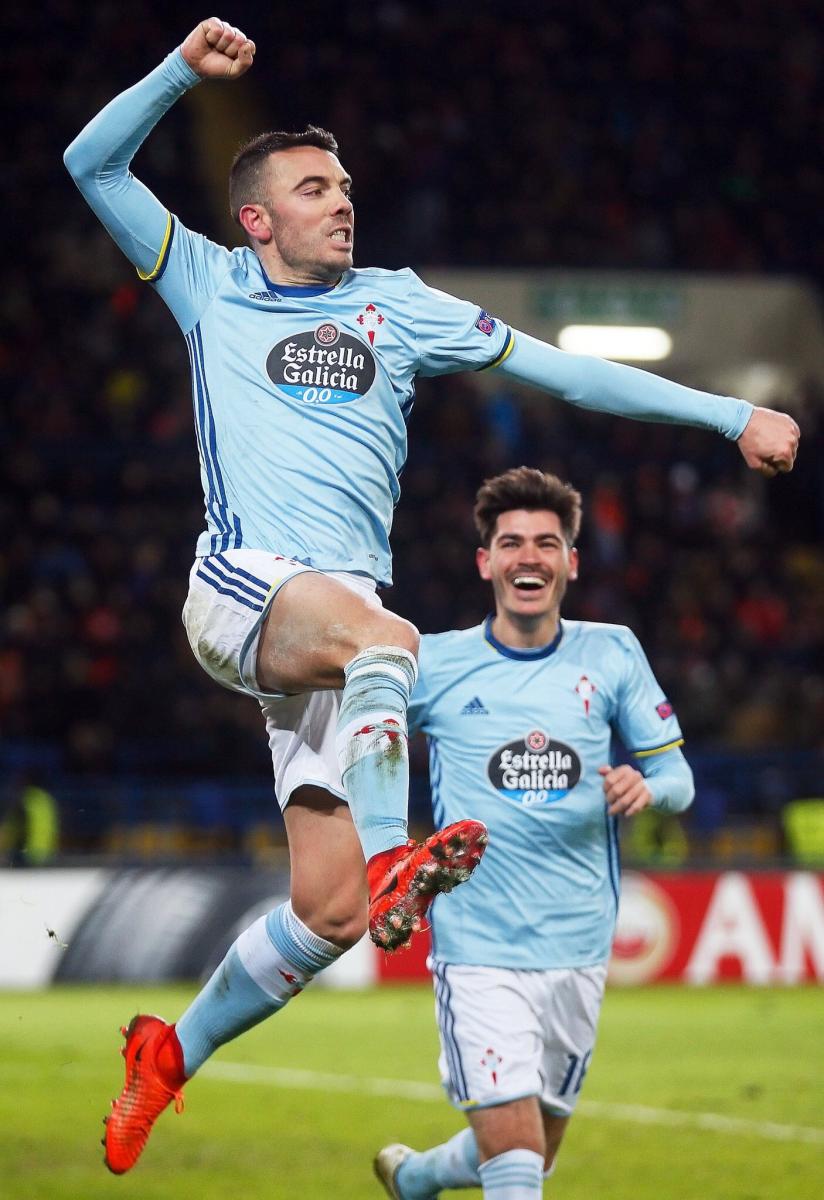 Since his arrival in 2013, José Luis Morales has become a reference and idol of the Levante fans. The Spaniard has played around 17,000 minutes with the Granotes, has appeared 223 times as a starter and on 50 occasions has managed to break the net to score his name on the scoreboard, in addition, he has contributed with 26 assists during his stay at the club, also, he has seen the yellow card on 28 different occasions and only once he has had to leave the game.

Levante and Celta de Vigo have met a total of 28 times (6 wins for Levante, 8 draws and 14 wins for Celta de Vigo) where the scales are tipped by a wide margin in favor of the Celeste side. Similarly, it is the Celta team who have the advantage in goals scored as the balance is in their favor with 46 goals while the locals have 33. Their last meeting dates from the 34th matchday of the 2020-21 season where the Celtista team won over Levante by a score of 2-0. 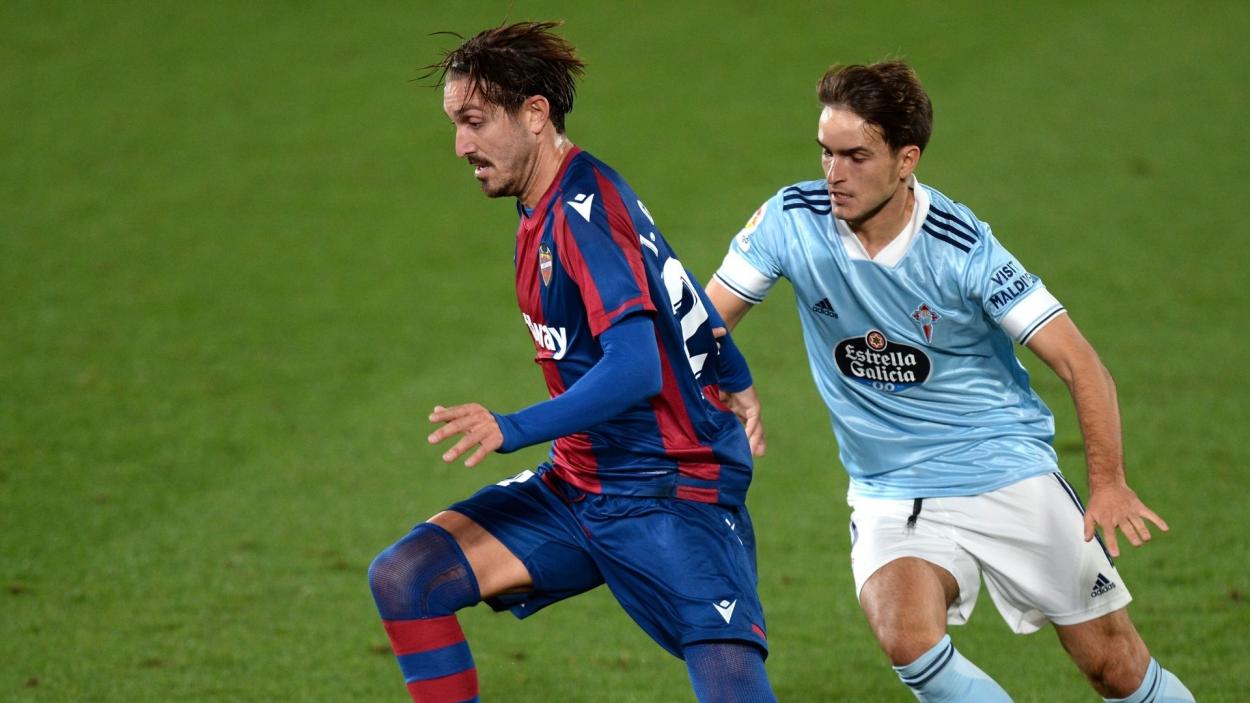 For this match, Jorge Figuero Vásquez. In the VAR, referee Jesús Gil Manzano will be in charge of monitoring any questionable play inside the area or that merits a red card.
1:10 PMa month ago

In need of three points

For their part, Celta de Vigo are at the bottom of the general table, being the penultimate team in the competition with 1 point. However, despite not occupying one of the places at the top or in the middle of the table, they may cause a surprise at home, because despite having lost last matchday, the factor of not wanting to be relegated from the maximum circuit could favor them and make them play their best soccer for this match and be able to take home three golden points. 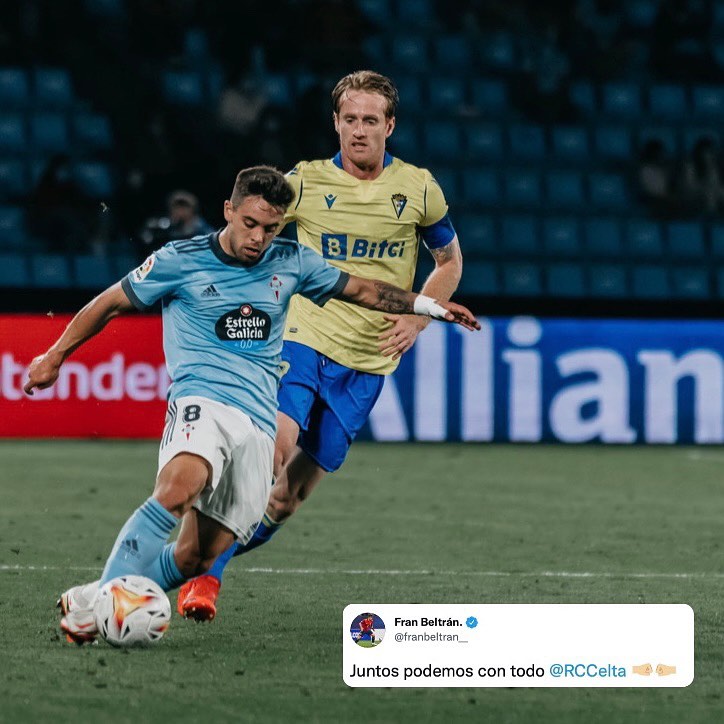 The Granotes have been characterized for being a mid-table team in the Spanish football competition, they have a modest squad but enough to stay in the maximum circuit of the country. Currently, the team coached by Paco López is in the fourteenth place with 4 points, however, it is of vital importance to start getting three points from three because the difference is not much with the teams that are sunk at the bottom, a defeat in this match day could put them to think about not being relegated. 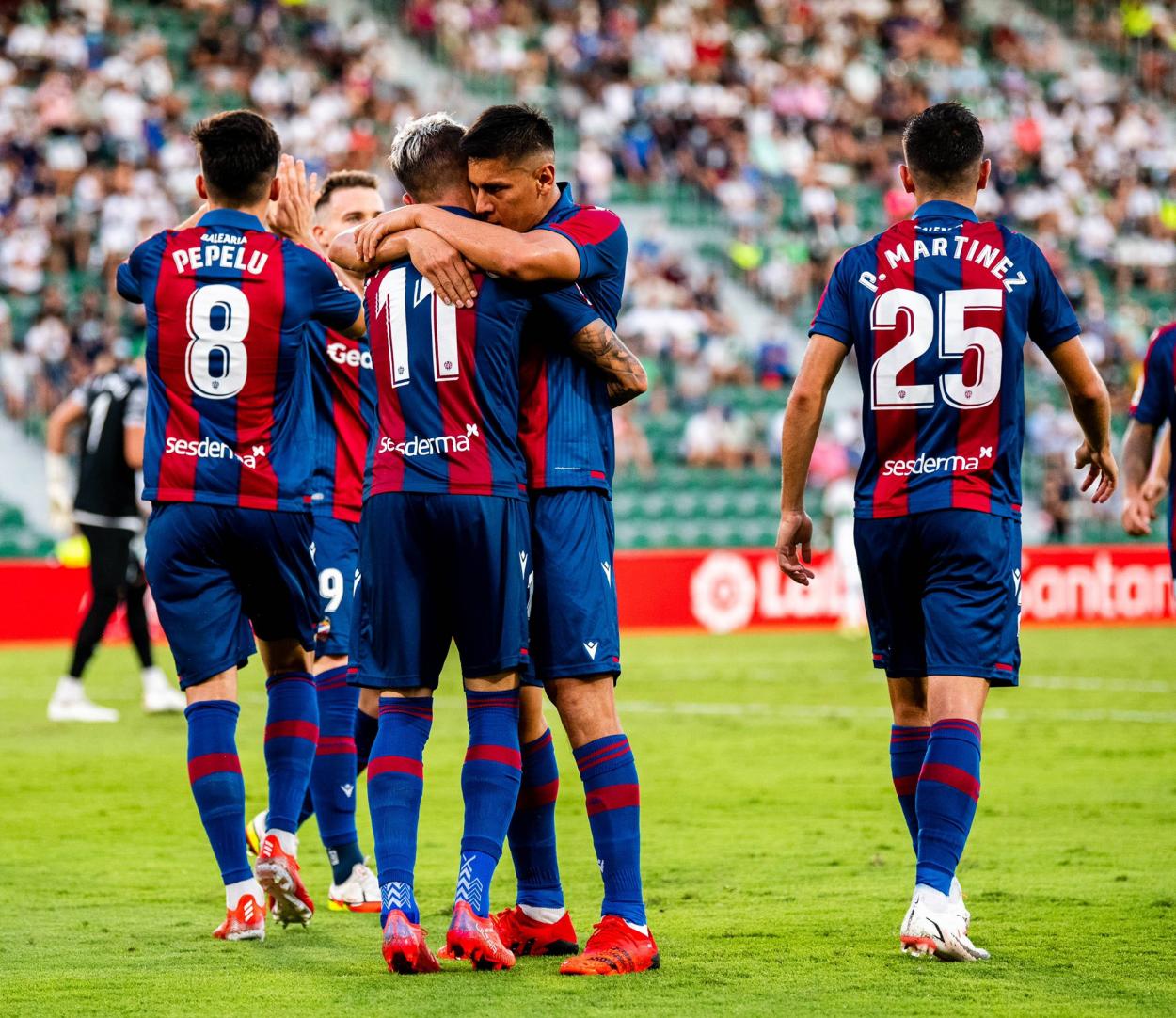 They already have to start winning

The sixth date of LaLiga will bring us a clash of similar realities when Levante receives Celta de Vigo at the Estadio Ciudad de Valencia, on the one hand, the locals are in the fourteenth place of the general table with 4 points that have been the result of 4 draws and one defeat so far this season. On the other hand, the Celta de Vigo team is in 18th position with 1 point so far this season and contrary to their rival, they have 4 defeats and only 1 draw, so they are in need of a victory this matchday.
12:55 PMa month ago

The Levante vs Celta de Vigo match will be played at Ciudad de Valencia Stadium, in Spain, Valencia. The kick-off is scheduled at 16:00 pm ET.
12:50 PMa month ago

Welcome to VAVEL.com’s LIVE coverage of the 2021 LaLiga: Levante vs Celta de Vigo!