Thank you for following the broadcast of the game between Osasuna and Real Betis for the sixth round of LaLiga.
3:21 PM23 days ago

Betis obtained its second away win and lengthened Osasuna's winless streak at home this season.
3:16 PM23 days ago

José subtly passes the ball over Sergio Herrera and increases the difference.

Jose's half-turn that covers the defensive.
3:01 PM23 days ago

In comes Carvalho and out comes Fekir, Betis' last change.
2:51 PM23 days ago

Torres and Torro come out

The VAR reviews the play and gives as valid the goal by Jiménez that counts on the scoreboard 2-1.

Osasuna's Brasanac has been cautioned. A goal against Betis, Jimenez, was previously disallowed for a previous handball.
2:31 PM23 days ago

Avila gets to work and fires the shot that goes just wide.
2:26 PM23 days ago

Moncayola and García come out.

Iglesias and Ruibal come out

Sergio Herrera is complaining of some discomfort, but it seems that he will be able to continue.
2:01 PM23 days ago

Rodriguez with a shot from outside the area that Sergio Herrera.
1:56 PM23 days ago

Nacho Vidal with the service contained in Claudio Bravo.
1:51 PM23 days ago

A lot of intensity, but little clarity from both teams at the start of the second half.
1:46 PM23 days ago

Kike García's cross across the area was not finished off by Kike García.
1:41 PM23 days ago

García's powerful shot is blocked by the green and white defense.
1:36 PM23 days ago

The second half begins between Osasuna and Betis.
1:31 PM23 days ago

Kike García, inside the area, shoots with a long shot and puts the ball inside the post to make it 1-1.

Iglesias, in a one-on-one situation, was unable to score because Herrera was able to deflect the ball with his foot.
1:16 PM23 days ago

Canales' shot was deflected by Herrera to save his goal.
1:11 PM23 days ago

Kike García's shot from outside the area that Claudio Bravo makes his run to keep the ball.
1:06 PM23 days ago

Fekir makes the drive, but he hits it too weak and easily reaches the goalkeeper.
1:01 PM23 days ago

David García cuts off the play and has been painted yellow by Osasuna.
12:56 PM23 days ago

Kike Hermoso gets the ball from the penalty spot and shoots across the face of goal to make it 1-0.

Montoya's cross is blocked by the Osasuna defense.
12:46 PM23 days ago

García's shot from mid-distance is easy for the goalkeeper's hands.
12:41 PM23 days ago

Kike steals the ball inside his own penalty area and rejects the ball.
12:36 PM23 days ago

The game starts between Osasuna and Real Betis.
12:31 PM23 days ago

In a few minutes, the game between Osasuna and Betis will kick off, with the objective of climbing to the top of the general table.
12:26 PM23 days ago

Osasuna and Betis are currently finishing their warm-up and will enter the dressing rooms to get ready for this league match.

Neither to the bank

Mexican Diego Lainez has not yet recovered from the injury suffered in Tokyo 2020, but coach Manuel Pellegrini confirmed that he is already working alongside his teammates and is expected to be called up for some of the games next week, with the aim of giving him more playing time.
12:06 PM23 days ago

A few minutes ago, Osasuna arrived in search of their first home victory.

This is what the Pamplona stadium looks like to host this game, in addition to this will be the armband used by Betis for this game. 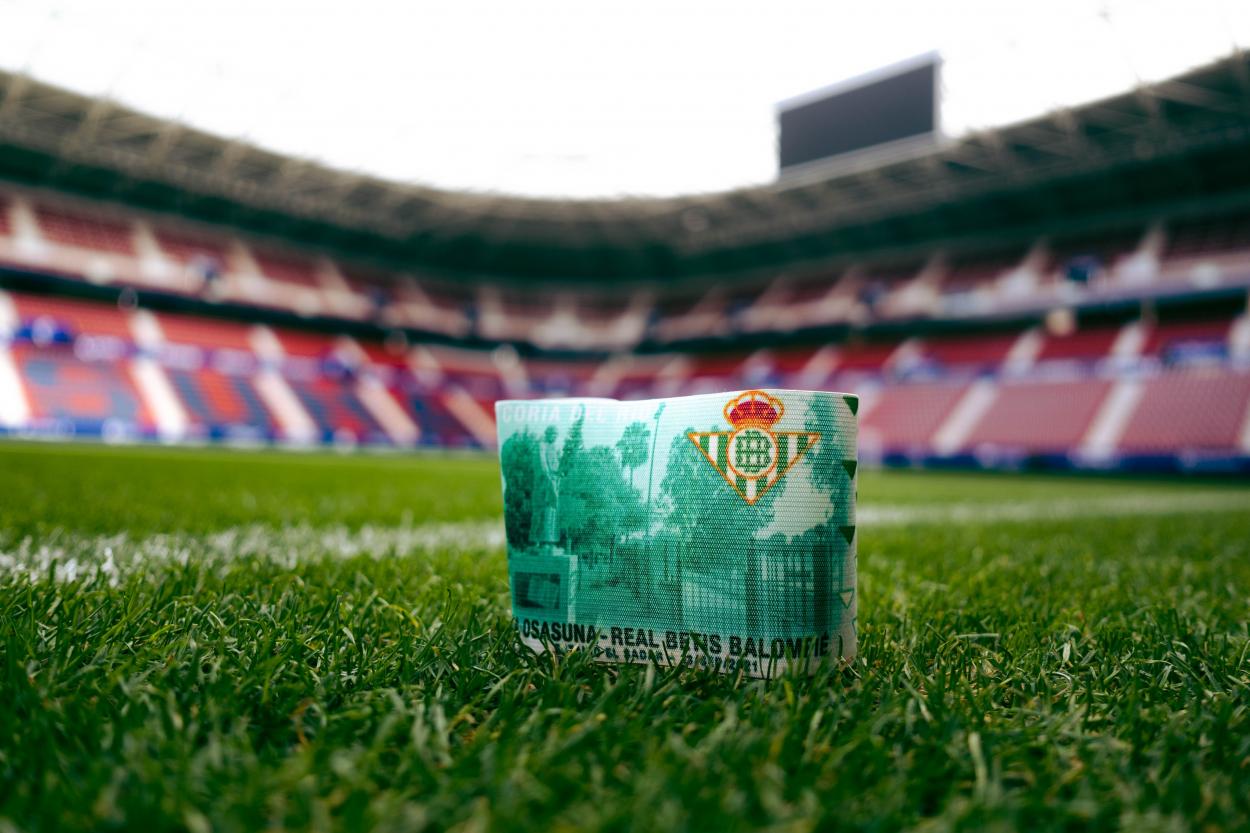 Should Osasuna be able to make their home advantage count, they would move up to fourth place in the table with 11 points, while Betis could climb to seventh or eighth, depending on the goal differential in their possible victory.
11:41 AM23 days ago

The midweek matchday continues in the Spanish LaLiga with the clash between Osasuna and Betis of Mexican players Andrés Guardado and Diego Lainez. We begin with coverage of the game.
11:36 AM23 days ago

Do not miss a detail of the match with the live updates and commentaries of VAVEL. Follow along with us all the details, commentaries, analysis and lineups for this Osasuna vs Real Betis for the LaLiga.
11:31 AM23 days ago

What time is Osasuna vs Real Betis match for LaLiga?

This is the start time of the game Osasuna vs Real Betis of 23rd September in several countries:

Betis has got the measure of Osasuna due to the fact that they have four wins and a draw in the last five games, plus they have not lost since 2014.

Although he has alternated starts, Mexico's Andres Guardado continues to provide experience and leadership in the midfield, now becoming a good recovery player who still has that vision to be able to filter passes, as he did in the beginning of his career. 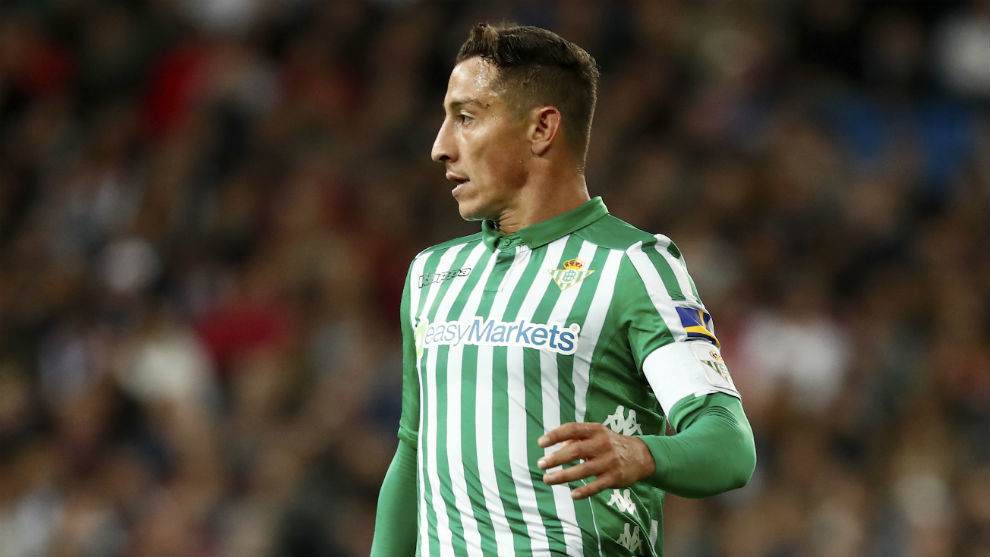 Roberto Torres is the goal hope of the Pamplona team and, in addition, he arrives inspired after scoring one of the goals in last Saturday's 2-0 victory over Deportivo Alaves. 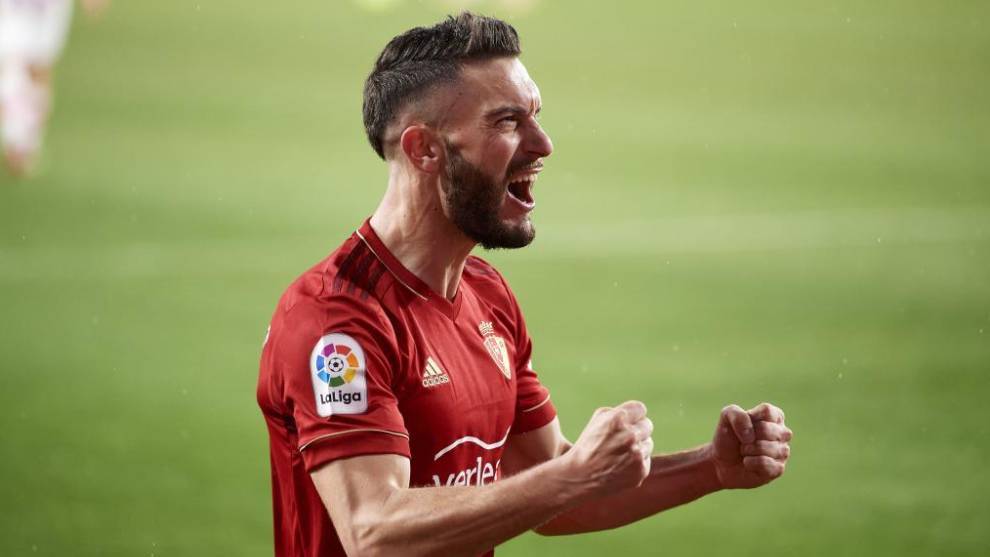 Betis: on a roll

Three unbeaten games between league and Europa League mean that Betis arrives to this game with morale high and with the objective of continuing to add victories to climb positions in the general classification, after only six points out of a possible 15; their only victory came as a visitor 2-1 against Granada.
10:56 AM23 days ago

The Osasuna team has been able to collect eight points in the first five dates, however, they have the pending task of winning at home, since they have not done so in the first three matches, having drawn 0-0 against Espanyol and Celta de Vigo, in addition to losing 4-1 against Osasuna 15 days ago.
10:51 AM23 days ago

The Osasuna vs Real Betis match will be played at the El Sadar Stadium, in Pamplona, Spain. The kick-off is scheduled at 1:30 pm ET.
10:46 AM23 days ago

Welcome to VAVEL.com’s LIVE coverage of the LaLiga: Osasuna vs Real Betis!

Maryland Bobcats FC vs Chicago House AC preview: How to watch, kick-off time, predicted lineups, and ones to watch 12 hours ago
//