It's over! Napoli wins and remains undefeated.
2:19 PMa month ago

Good through ball by Elmas, but the defense cuts the ball off.
2:15 PMa month ago

Close to the fifth! Mário Rui fails to control the ball in front of goal and ends up missing the chance for the fifth.
2:14 PMa month ago

Candreva's shot, but Ospina keeps the ball.
2:03 PMa month ago

Sampdoria's cross, but the defense ends up rejecting the ball.
1:51 PMa month ago

Goal, goal, goal for Napoli! Piotr Zielinski takes advantage of Lozano's delayed diagonal and shoots into the net to put the ball just inside the post.
1:47 PMa month ago

Sampdoria seeks to open the scoring, but Napoli rejects the balls.
1:41 PMa month ago

Goal, goal, goal for Napoli! Osimhen finishes off Lozano's pass to score the third and his brace.
1:36 PMa month ago

The second half gets underway at the Luigi Ferraris
1:19 PMa month ago

Goal, goal, goal for Napoli! Insigne's delayed ball for Ruíz, the latter shoots from the half-moon and the second arrived.
1:11 PMa month ago

Goalkeeper! Audero dived and prevented Insigne's shot from going in to increase the lead.
1:04 PMa month ago

Lozano's dangerous shot, but the ball is deflected wide.
1:01 PMa month ago

Lozano was on the edge of the box, but Damsgaard was on hand to keep him out of the net.
12:52 PMa month ago

A save by Ospina! The visiting goalkeeper reacts well and prevents the equalizer.
12:50 PMa month ago

Lozano's very untidy cross ends up going over the goal.
12:43 PMa month ago

Goal, goal, goal for Napoli! Isigne's service is headed by Osimhen, the goalkeeper tries to clear the ball, but it had already gone in for the first goal.
12:40 PMa month ago

What a failure! Great pass from Isigne to Oshimen, the latter shoots, but the ball crashes into Audero.
12:32 PMa month ago

The actions start at the Luigi Ferraris
12:29 PMa month ago

Both Sampdoria and Napoli have already taken to the pitch ready to get ready for the start of the match that is just around the corner.
12:18 PMa month ago

Sampdoria have already arrived at home, where they will play another edition of this match against Napoli and will be looking for a win at all costs. 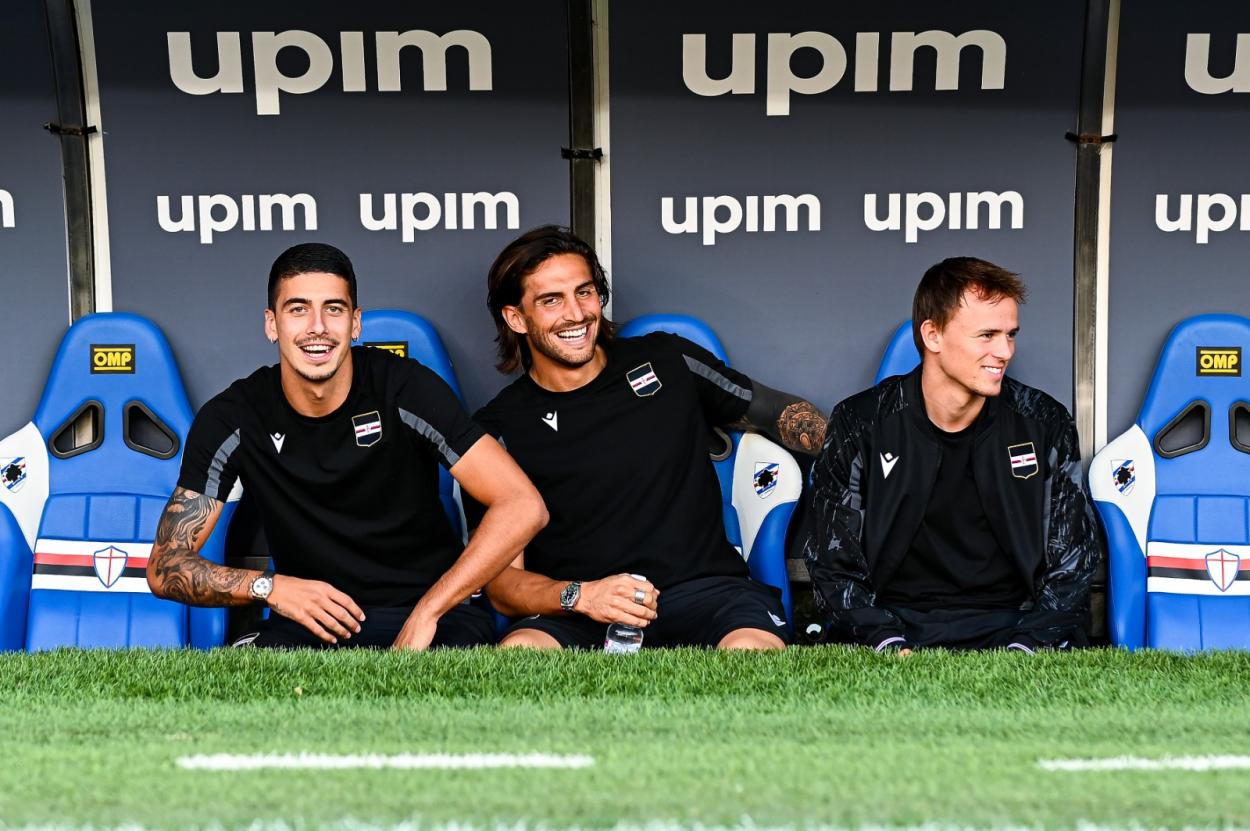 Napoli, with Spalletti at the helm, arrived at the Genoa stadium, ready to look for one more victory in this competition.
12:09 PMa month ago

Of the fifty-four previous matches that took place in Genoa between these teams; Sampdoria accumulated 21 wins, 17 draws and 16 defeats.
12:04 PMa month ago

This is the 109th meeting between the two teams and the 55th time the match has been played at Sampdoria's home ground.
11:59 AMa month ago

The referees are ready

These are the referees who will officiate the match.

Sampdoria last won at home against Napoli on September 2, 2018, this match culminated three goals to nil.
11:49 AMa month ago

Have a good trip!

Napoli arrived in Genoa yesterday, looking to be ready, well rested to face this duel. 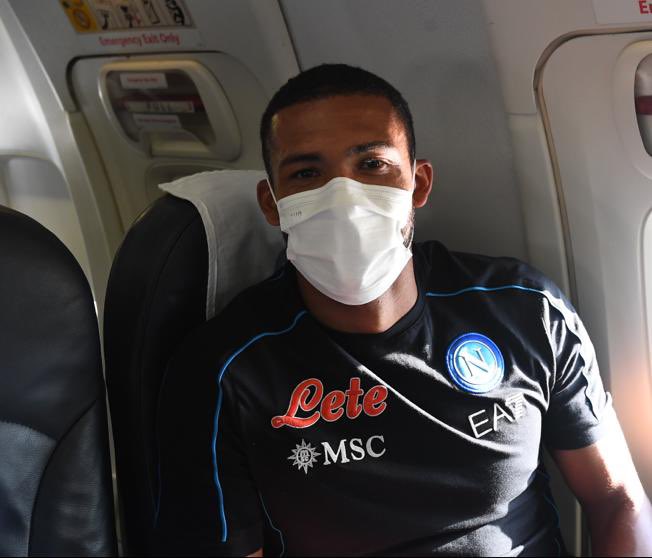 The last match between these teams took place in this building, the score was two goals to zero in favor of Napoli.
11:39 AMa month ago

Stay tuned for the Sampdoria vs Napoli live stream.

In a few moments we'll share with you the starting lineups for Leon vs Seattle live, as well as the latest information from the Stadio Luigi Ferraris. Keep an eye on the action with VAVEL's minute-by-minute live online coverage.
11:34 AMa month ago

How to watch Sampdoria vs Napoli Live Stream on TV and Online?

If you want to watch the game Sampdoria vs Napoli live on TV, your options is: ESPN.

Lucas Spalletti spoke ahead of this match: "There were important signs in the Europa League match, we are reaching an important awareness. We are a team on the pitch and tonight we saw it. Every player does his part and is decisive, like Insigne in the lob leading to Osimhen's goal They make the difference, but in addition to individuality you need a team attitude, when it comes it's the best. Koulibaly and Fabian Ruiz did very well. Koulibaly when he elevates creates inhuman damage for opponents. Fabian has gone soft after 3-0, until then he had turned the ball over with a quality that only someone like him has."

"Our reference is not the other teams but the history of Napoli, what happened in the past. Making great leagues and playing great games, when Napoli won the championship. The teams that are with us at the top of the standings are strong teams. In addition to the usual seven, I also include Fiorentina, who have done very well so far."

Roberto D'Aversa, coach of the home side, spoke ahead of the clash against Napoli: "They have the best defensive record and have conceded more shots than any other team this season. It might seem that they don't have any weaknesses, but it will be a challenge for us to try to identify any shortcomings in their game. We know we can't make mistakes, but we also have to bring intensity and determination."

"We didn't make the best start, and even after taking the lead we missed several scoring chances, which would have allowed us to close out the game. We can't afford to do that against top teams like Napoli. We need to be more focused and clinical and make sure we make the most of the few chances that come our way."

To stay on the top

Napoli arrives after beating Udinese four goals to nil, the team coached by Spalletti has four wins and is in third place with twelve points. 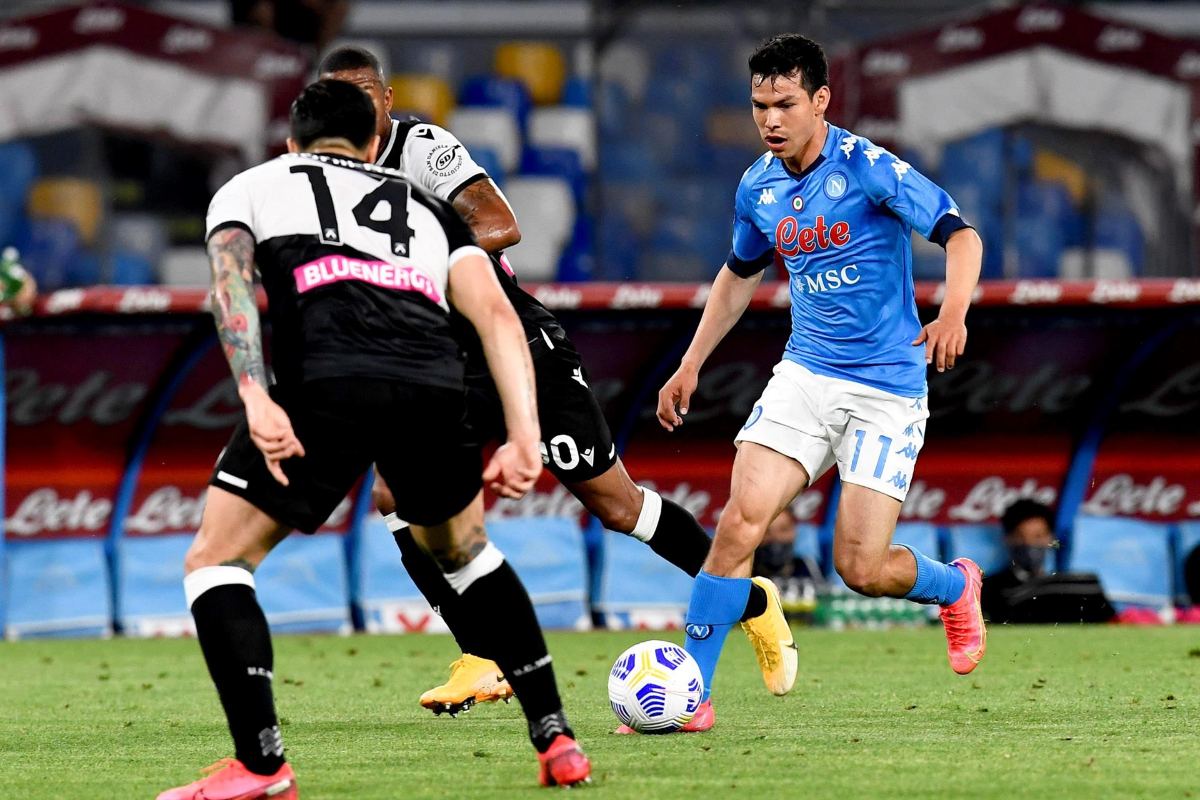 Sampdoria is in twelfth place in the overall Serie A table, with one win, two draws and one defeat. In their last match they defeated Empoli by three goals to zero. And in this match they will be looking for a victory. 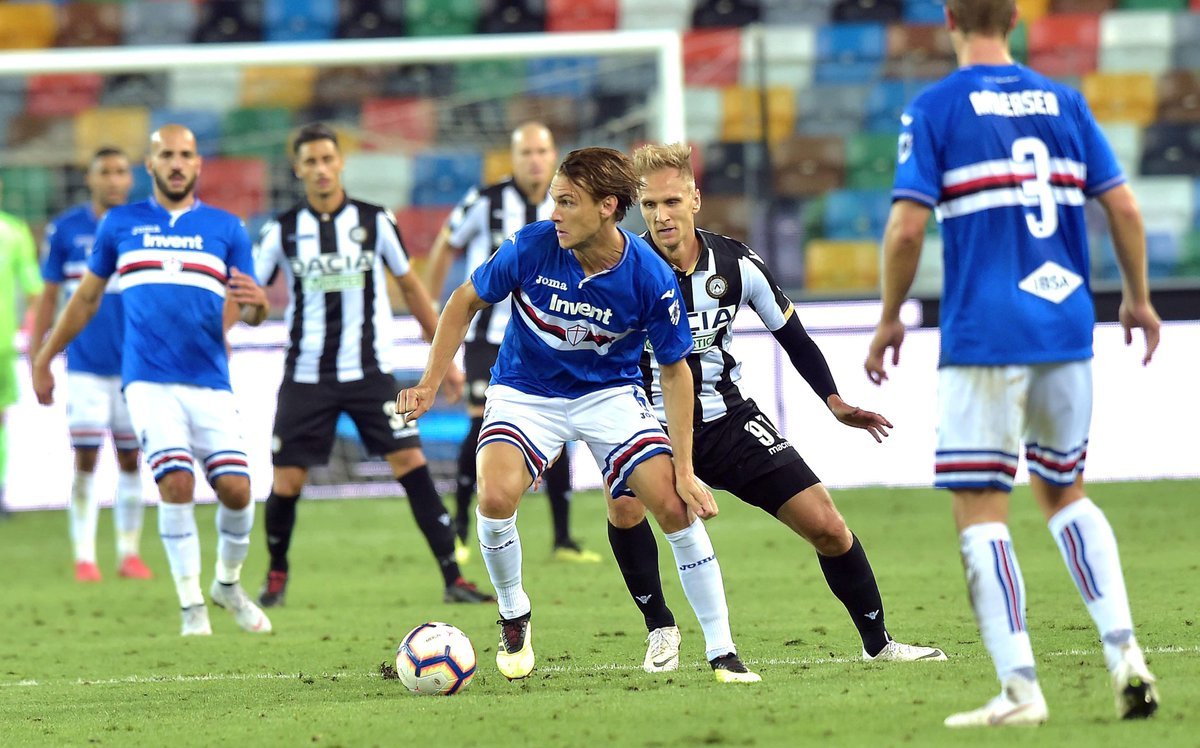 The Sampdoria vs Napoli match will be played at the Stadio Luigi Ferraris, located in Genoa, Italy; with capacity for 36,599 people. 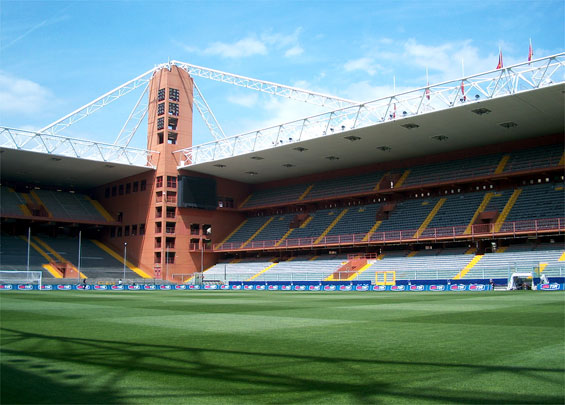 Welcome to VAVEL.com’s coverage of the 2021 Serie A match: Sampdoria vs Napoli Live Updates!