It's over! Morelia wins by the slimmest of margins at home
9:52 PMa month ago

A good move by Acosta, who plays to Barragán, but the latter ends up sending his shot wide.
9:50 PMa month ago

Gómez's shot ended up on the crossbar of Ramírez's goal.
9:48 PMa month ago

Excellent save by Alcaráz, after Acosta's dangerous arrival to his goal.
9:43 PMa month ago

Barragán came close to scoring his second, but the ball went just wide.
9:39 PMa month ago

Sergio Vergara brought the ball down well, but the defense deflected the shot.
9:25 PMa month ago

Vergara's shot, but Alcaráz intervenes and deflects the ball.
9:22 PMa month ago

Change of Morelia. Jesús Ramírez comes on for Diego Abella.
9:16 PMa month ago

Josué Gómez's shot ended up going over the side of the goal.
9:11 PMa month ago

Reyes' service to Hurtado, but the latter fails to control the ball and it falls into the hands of Ramirez.
9:06 PMa month ago

The whistle is blown and action resumes for the second half.
8:49 PMa month ago

At the end of the first half, Morelia leads by the minimum.
8:44 PMa month ago

The ball to Vergara, but Alcaráz anticipates and ends up keeping the ball.
8:36 PMa month ago

Vallejo's cross, but the home keeper brought the ball down well.
8:36 PMa month ago

The match is back and forth, with a few chances for each side.
8:26 PMa month ago

Eduardo del Ángel's shot from outside the area crashes against the crossbar.
8:21 PMa month ago

Goal, goal, goal for Morelia! Jesús Ramírez controls inside the box and ends up pumping the ball in to score the first.
8:16 PMa month ago

Cruz's shot, but the ball arrives safely in the hands of Ramírez.
8:10 PMa month ago

The match between Morelia and Alebrijes gets underway in Michoacan.
7:57 PMa month ago

The team coached by Valiño is already at the Morelos Stadium, and in this match they will be looking to return to victory and give the fans some joy on their return to the stadium.
7:42 PMa month ago

The visitors are already at the Michoacán stadium, where they will play a new match of the Apertura 2021.

Both defensive lines have conceded eight goals, a situation they must resolve in order to score more points.
7:29 PMa month ago

Atlético Morelia has accumulated 13 points in this competition, seven of them from a single player; on the other hand, Alebrijes has only seven goals, and is in the penultimate position.
7:26 PMa month ago

Martín Barragán is the current Apertura 2021 scoring leader with seven goals, the only player with this amount. Alebrijes will have to pay close attention to the Mexican.
7:16 PMa month ago

Javier Ledezma, Diego Martínez and Gael Acosta are players who currently play for Atlético Morelia, although they have played for Alebrijes.
7:11 PMa month ago

The last time Alebrijes visited the Morelos was in the Guard1anes 2021, despite Alebrijes taking the lead in the first few minutes, Morelia ended up turning it around and winning 6 goals to 3.
7:06 PMa month ago

For this match, the fans will once again be present at the Morelos Stadium, as they had not had the opportunity to see the yellow-and-red team this season due to the pandemic.
7:01 PMa month ago

Stay tuned for the Atletico Morelia vs Alebrijes live stream.

In a few moments we'll share with you the starting lineups for Atletico Morelia vs Alebrijes live, as well as the latest information from the Estadio Morelos. Stay tuned to VAVEL's minute-by-minute live online coverage of the match.
6:56 PMa month ago

How to watch Atletico Morelia vs Alebrijes Live Stream on TV and Online?

If you want to watch the game Atletico Morelia vs Alebrijes live on TV, your options is: TUDN.

Julio Cruz, Alebrijes' forward, spoke prior to the match against Morelia: "My team will always be the favorite, because I believe we work well, we go with a lot of desire, a lot of faith, so hopefully we can get the victory, whoever works the best will win".

"It's a very complicated match, I think Morelia is a great team, they have great players at a very high level, we are going with the mentality of playing our soccer, of being able to press, we know that the match is not easy, but we will go for the victory and work on what we did during the week with the coach".

"It's no secret that we haven't had a good tournament, we didn't expect it, the way the team was put together, the players who arrived, but we are eager to get back on our feet and these are things that happen in soccer, but we have to keep working, last tournament was different."

"It is always nice to have people in the stadium, the fans are much needed, they are very nice fans, we respect them a lot and we hope they can have a good show".

Finally, he spoke about the current situation of Martín Barragán, Morelia's striker: "The level of the players is important, I believe that the league grows with this type of player, we know that he and others are very important, they make a big difference, we are going to try to cancel out what they can do".

Alebrijes has not had a good tournament, and after eight matchdays, they barely managed their first victory against Mineros, two goals to one. The team coached by Óscar Torres is in second to last place in the general table with seven points. 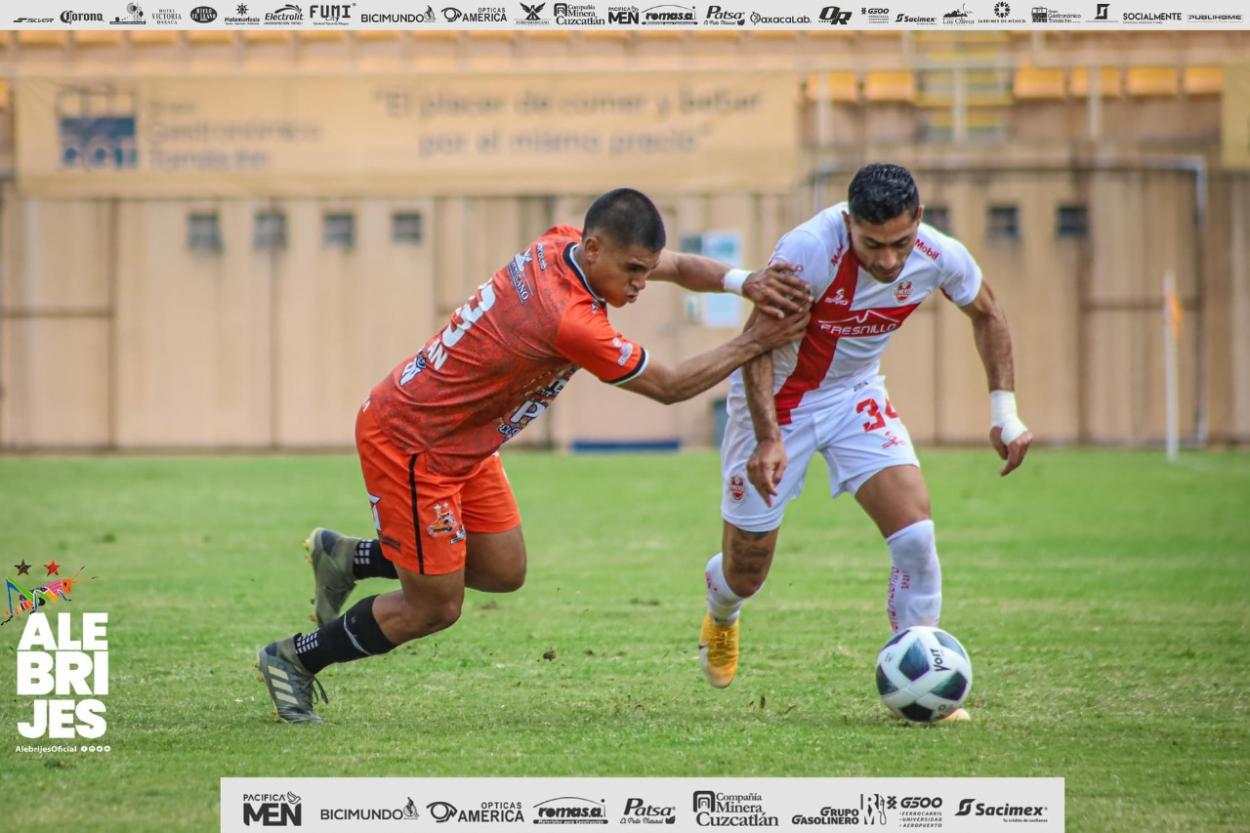 Back on the right track

Morelia arrives at this match after losing for the first time in the tournament against Venados by the minimum score, prior to the match; the team coached by Valiño had accumulated 4 wins and two ties and are in fourth place.
6:36 PMa month ago

The Atlético Morelia vs Alebrijes match will be played at the Estadio Morelos, located in Morelia, Michoacán; with capacity for 36,000 people. 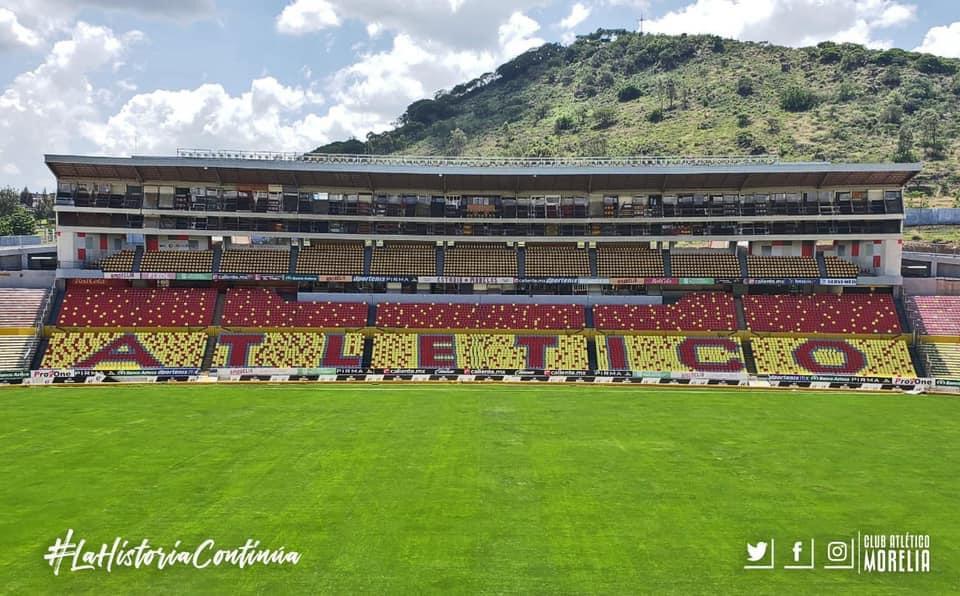