We hope you enjoyed this Liga MX Femenil matchday 10 game. Stay tuned to VAVEL for much more soccer.
10:53 PMa month ago

The match ends with Gonzalez shooting outside the area.

Goalless draw on the scoreboard!

A great cross from Perez to Palacios, who shot but the ball went wide of the goal when she was all alone in the area.
10:45 PMa month ago

Farías cut back and shot in the area that almost ended in a goal.
10:39 PMa month ago

Lagunes enters in the injured woman's place.
10:38 PMa month ago

Another tough injury on the field, now it is Sandoval who has to leave the field due to a hard stomp.
10:28 PMa month ago

Corner kick that goes in close but Zárraga fists the ball away.
10:16 PMa month ago

Ribeira sends another cross into the area but Cuevas does not finish well.
10:04 PMa month ago

The second half of the match begins.
9:49 PMa month ago

The first half ends goalless at Kraken Stadium.
9:48 PMa month ago

Close corner kick that ends up being saved by América's goalkeeper.
9:24 PMa month ago

Terrible injury on the field, in a defensive play Burgess' foot gets stuck in the grass and he ends up with a serious injury and has to be replaced.
9:18 PMa month ago

A mistake by América and Cuadrado's shot outside the box is well saved by Masciarelli.
9:14 PMa month ago

Rivero's shot was excellently saved by Zárraga.
9:13 PMa month ago

Orejel's header goes wide of the goal.
9:09 PMa month ago

America presses in the home side's half but still can't find a shot on goal.
9:03 PMa month ago

America is already out

The visiting team's aspirations in the tournament are very high and they will want to go all out for the playoffs in the best possible position. 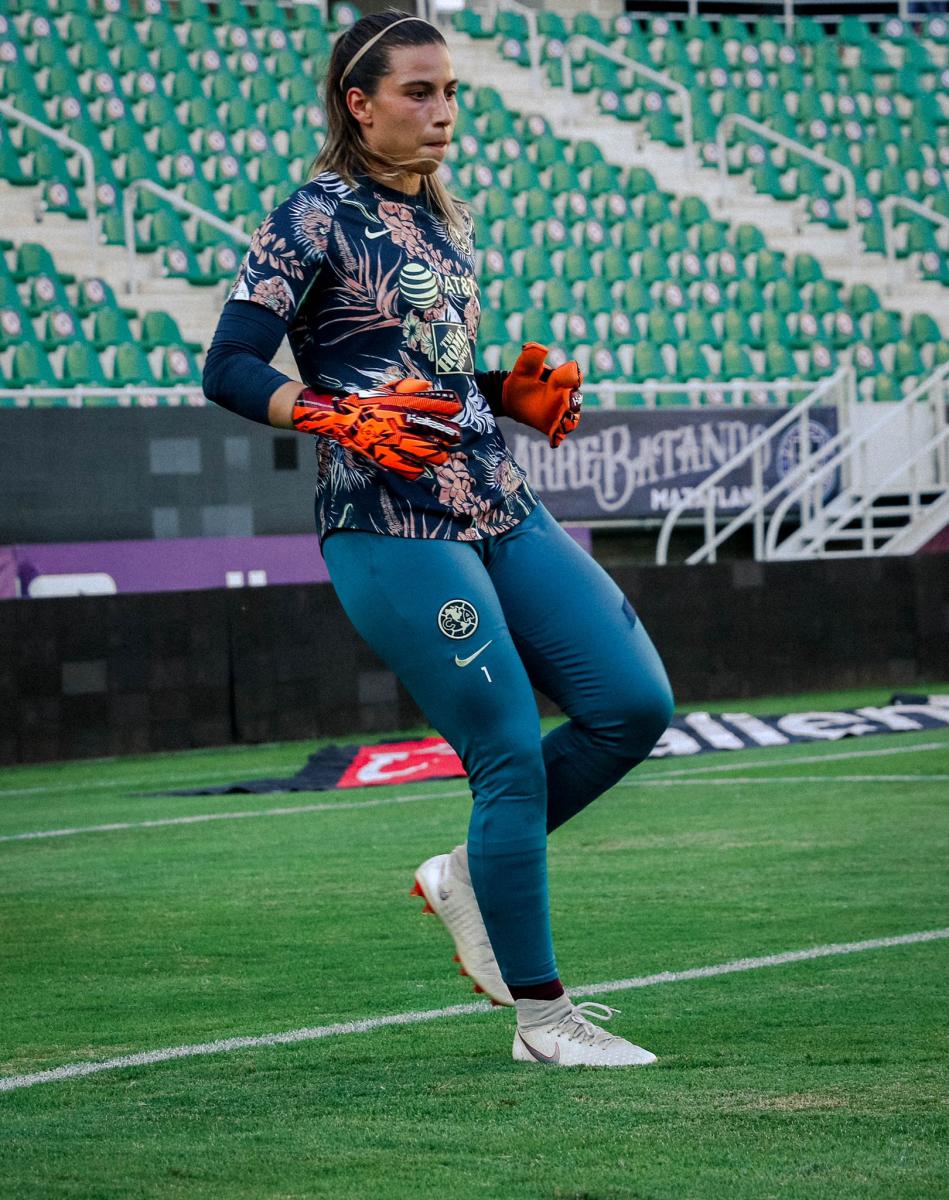 Mazatlan Women's team is warming up

The players are already warming up for tonight's game, which they will undoubtedly have to approach very seriously.
8:30 PMa month ago

These are América's players to face this matchday 10:

These are the 11 players that will start for the home team to try to break the bad season:

The Coapa team has a total of 20 points, and they are such a balanced team that they have 10 points at home and the other 10 away, so they hope to keep on scoring tonight.
8:11 PMa month ago

The home team has a total of 24 goals conceded in nine games, a statistic that will most likely be a factor in tonight's result, however, it remains to be seen how the Mazatlecas will approach the game defensively.
8:07 PMa month ago

In a few minutes we will present you all the details and the minute by minute of the match.

Stay tuned to VAVEL because the lineups are coming!

In a few moments we will have all the information and details of this Mazatlán vs América live from Kraken Stadium.
Stay tuned to VAVEL!
11:41 AMa month ago

How and where to watch Mazatlan vs America

The match will be not broadcasted for USA.
If you want to follow it live online, VAVELUSA is your best option.
11:36 AMa month ago

In the last loss to Necaxa, these were the players who started the game:

These were the players who took the field in the draw against Juárez:

It will be necessary to have a strong maraca when facing Daniela Espinosa, who currently has a total of five goals for the season, in addition to leading the team in attack. 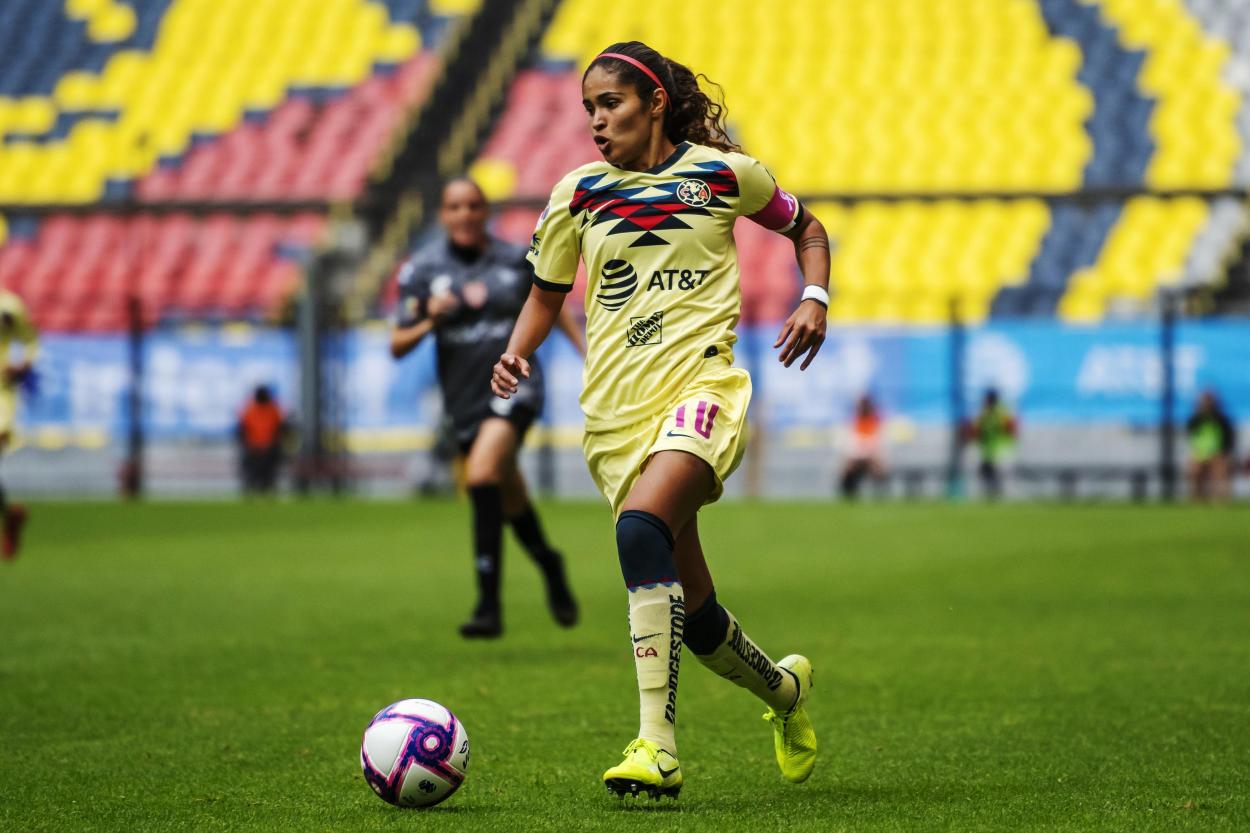 Despite Mazatlan's poor performance, there is one player who can change the team's face by coming on in the second half.

Norma Priscila Gaitan, who despite being on the bench, has already scored one of the team's four goals in total. 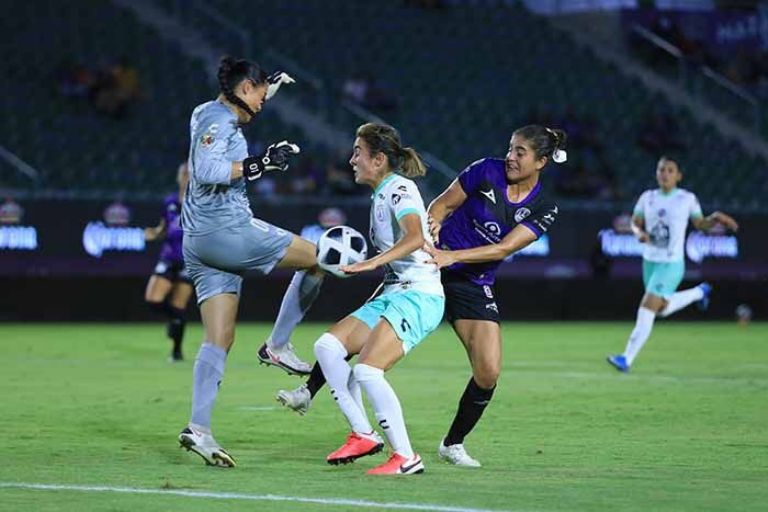 With 20 points and positioned in fifth place in the overall standings, the Coapa women's team wants to improve their position in the qualification standings.

In their last game, they tied Juárez to one goal, which is why they will want to win at all costs against a faded Mazatlán Femenil.

The worst moment for Mazatlan

The home team has had the worst start to the tournament in its history with a total of eight defeats and only one draw.

Mazatlán has not stopped losing, just look at the previous game when they were defeated 3-0 by Necaxa at the Estadio Victoria.

The match will be played at the Kraken Stadium

The Mazatlan vs America match will be played at the Kraken stadium in Mazatlán, Mexico with a capacity of 25,000 people.

It is a soccer stadium located in the city of Mazatlán, Sinaloa, was inaugurated on July 27, 2020 and only 20,195 seats have been used.

It is the home of Mazatlán FC and Mazatlán Women, who play in Mexico's First Division starting in the Apertura 2020 Tournament.

Today there will be a disparity on the field; on one hand, America has the advantage in the overall standings as they are in fifth place with 20 points.

Meanwhile, Mazatlan has not been able to see the light and is at the bottom of the table with only one point in nine games played.