Our coverage of the match between Everton and Norwich on Matchday 6 of the 2021-22 Premier League comes to an end. Thanks for joining us! Stay tuned to VAVEL.com to keep up to date with the world of sport.
11:54 AMa month ago

The game ends at Goodison Park. Everton have won at home without much to spare. Goals from Townsend and Doucouré to seal a return to winning ways for Rafa Benítez's side.
11:49 AMa month ago

Five more minutes will be played in the match.
11:48 AMa month ago

Michael Keane's headed a cross from the right, and Ben Godfrey appared for shot  in the six-yard box, but the Dutch goalkeeper made a superb save.
11:44 AMa month ago

Tom Davies' shot deflected off an opponent.
11:43 AMa month ago

Brandon Williams was cautioned in Norwich.
11:42 AMa month ago

Pierre Lees-Melou was cautioned in Norwich.
11:37 AMa month ago

Demarai Gray led a counter-attack and laid the ball off for Abdoulaye Doucouré, who crossed for another goal for the Toffees.
11:36 AMa month ago

The visitors have Everton pinned back in their own half, but they are unable to score often.
11:20 AMa month ago

Normann's shot went over the goal. The away team gives a warning to Everton's confusion in the last minutes.
11:17 AMa month ago

Ben Gibson tried to head in a cross from the right, but failed to connect and the ball went wide of Pickford's goal.
11:16 AMa month ago

Lucas Digne was cautioned in Everton.
11:14 AMa month ago

Ozan Kabak was cautioned in Norwich.
11:13 AMa month ago

Pukki fought a ball up top alone and found support from a teammate, the Norwegian Mathias Normann appeared to shoot from half distance and the Everton goalkeeper made a good save to send it to the corner kick.
11:08 AMa month ago

The second half of the match is underway.
10:48 AMa month ago

The first 45 minutes are over. Everton partially wins with Townsend scoring from the penalty spot.
10:46 AMa month ago

Two more minutes will be played in the first half.
10:45 AMa month ago

Mathias Normann's shot hit the right post and Jordan Pickford reacted well to save and send it for a corner kick.
10:42 AMa month ago

40' Final stretch of the first half

Few arguments have been shown by Norwich during the match. Everton could accelerate and increase the score, but for the moment, they remain calm after the 1-0.
10:36 AMa month ago

Everton keep possession of the ball. Norwich not doing much to try to equalize for now.
10:34 AMa month ago

Iwobi's shot, but Kabak got his head to it and deflected it for a corner kick.
10:30 AMa month ago

Andros Townsend's left-footed shot to the right post, Krul played to his left and the score was opened before the half-hour mark.
10:28 AMa month ago

A play in which Allan fell in the area is reviewed. It may be a penalty for Everton.
10:22 AMa month ago

Demarai Gray crossed from the right and the ball sailed across the front of the box with no one to push it in.
10:20 AMa month ago

Iwobi crossed the ball in from the left, then it was left loose for Salomon Rondon to pass to Andros Townsend, who shot, but the ball fell into the hands of Tim Krul.
10:16 AMa month ago

No difference between the teams at the moment. The score remains 0-0 at Goodison Park, with no scoring options.
10:11 AMa month ago

10' Everything remains the same

Everton is not clear in their play so far. Norwich tries to pass through the midfield to look to do damage, but so far, there are no options from any of them.
10:06 AMa month ago

The game does not have a dominator at the beginning, although Everton is the most insistent, looking for the opponent's area, but ends up committing fouls.
10:01 AMa month ago

The match between Everton and Norwich gets underway.
10:56 AMa month ago

Teams to the field

Everton and Norwich players take to the field at Goodison Park.
9:53 AMa month ago

Goodison Park, ready for this game

“Everton is, for me, a top class side with top players and they will definitely finish in a really good position at the end of the season; they have high quality individual players and a very experienced coach. If you have this combination, then it’s quite likely that you finish in a really good position; their results in the first games were top class".

"They will be a bit disappointed with their last game, and in the cup they played with many changes, so this happens. I’m pretty sure they’re highly motivated to show a reaction, especially to the Aston Villa game in terms of results. All in all, you have to say, in terms of points, they’ve had quite a good start. I’m pretty sure it’s a difficult task for us and they will finish in a top position. We will travel pretty respectful but also fully aware that we have a chance."

"[Rafa Benitez and I] We haven't met before, if I'm honest. I haven't had the pleasure of meeting him personally so far, but his CV speaks for itself. He has won a lot of big games during his career and he has a lot of experience. His teams are always incredibly difficult to beat, they are well structured and it is not easy to open them up to create chances. He was able to lift the Champions League and had a lot of success. I have great respect for what he has done so far as a coach."

“We are in a good position and I am quite optimistic we will stay there, that we will stay close to the top for a long time"

“Two strikers who scored goals last year are not available but we have to think about the whole season, not just two or three games. We have a short term problem and have to find a short- term solution. Tuesday was not easy, we were really upset. It was an opportunity to do well and progress in the competition. But we have to move forward, so the main thing is to make sure the players available are ready for Norwich".

"It is a really important match. I am quite pleased with everything, the attitude of the players and way we are playing. Especially at home, I think the fans appreciate the intensity and offensive football. Norwich are more dangerous than people think. But, hopefully, if we play at the same level and intensity of the past home games, we can win without conceding and suffering”.

We are now ready to bring you the action from this match between Everton and Norwich in the sixth round of the Premier League.
9:08 AMa month ago

In a few moments we will share with you the starting lineups for the Everton vs Norwich live match, as well as the latest information from Goodison Park. Don't miss a single detail of the live match updates and commentary from VAVEL's coverage.
9:03 AMa month ago

How to watch Everton vs Norwich Live Stream on TV and Online?

The game Everton vs Norwich will not be broadcast on TV.

If you want to watch directly stream it, your option is Peacock.

What time is Everton vs Norwich match for Premier League?

This is the start time of the game Everton vs Norwich of 25th September 2021 in several countries:

In the canaries, the main figure is Teemu Pukki. The Finn stands out for his influence in the team's attack, scoring two goals in five matches he has played with the team in the Premier League.

Domenic Calvert-Lewin is Everton's main card. The 24-year-old English striker has shown effectiveness in his first games of the season, scoring three goals in three games.

In total, these two teams have met 59 times. The numbers are in favor of Everton, who have won 23 of these matches, while Norwich won 17, leaving a balance of 19 draws.

Speaking only of the Premier League, 52 matches have been played between these two teams, with the advantage going to the Toffees, who have won 19 of them, while the Canaries have won 15, for a total of 18 draws.

Norwich need a win to get back on track

The team coached by Daniel Farke has had a worrying start to the season, as they have not managed to get any victory. In addition, they come from two defeats at home, against Watford in the Premier League and Liverpool in the Capital One Cup. Being at the bottom of the table, the Canaries urgently need a run that will take them out of the relegation zone to change the air in the squad.
8:33 AMa month ago

Everton wants to return to the top of the table

Rafa Benítez's team are coming off the back of two heavy blows: a 3-0 defeat against Aston Villa in the league and another against Queens Park Rangers in a penalty shootout in the third round of the Capital One Cup. It will be a great challenge for the Toffees against the bottom of the table to regain the confidence and the good path they had started on.
8:28 AMa month ago

The match will be played at Goodison Park

The match between Everton and Norwich will be played at Goodison Park. This stadium, located in the port city of Liverpool, England in the United Kingdom, has a capacity of 40,157 spectators.
8:23 AMa month ago 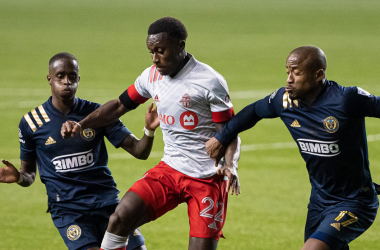 Toronto FC vs Philadelphia Union preview: How to watch, team news, predicted lineups and ones to watch 11 hours ago 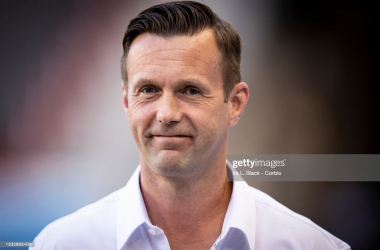