WAS0
END10 hours ago

Thank you for listening to this Bundesliga match. Have a good afternoon and see you next time!
2:27 PM21 days ago

And we have substitutions at Dortmund: Wolf and Reinier come in for Malen and Meunier. And at Gladbach Benes came on for Hofmann.
2:06 PM21 days ago

In a corner kick taken in the penalty area Embolo managed to get a header, but it went to the right side of the goal.
2:03 PM21 days ago

Substitution in Gladbach: Koné is out, Kramer is in.
1:50 PM21 days ago

Koné tried to fake a penalty and got a yellow card for it.
1:48 PM21 days ago

Substitution in Dortmund: Moukoko is out and Knauff is in.
1:47 PM21 days ago

Kobel, after a shot from the right, from Hofmann's back line, deflected it away! And then, in a play with two light-cutters, Netz hit and hit the defense.
1:37 PM21 days ago

Moukoko gets his first touch on the ball and it rolls into the second half of the match!
1:36 PM21 days ago

The teams appear on the field to start the second half. And for Dortmund Pongracic is out and Hazard is in.

With a goal from Zakaria, M'Gladbach go into the break winning the match!
1:20 PM21 days ago

Yellow for Netz, for a foul on Moukoko on the edge of the area. Guerreiro took the free-kick and sent it over the goal.
1:13 PM21 days ago

And now Dahoud came in strong in the backfield, fouled him and got yellow. But he already had one, so he was sent off!
1:11 PM21 days ago

Zakaria had the ball on the edge of the box, tried his first shot and was stopped, winning the rebound inside the box to send it into the back of the net to Kobel's right corner!
1:07 PM21 days ago

Now it was Pongracic's turn to catch Embolo hard in midfield, receiving a yellow for the foul.
1:06 PM21 days ago

Yellow card to Stindl, for a strong foul in the Dortmund backfield.
1:03 PM21 days ago

In the confusion inside the area Embolo managed to get a shot off and goalkeeper Kobel saved, but the shot was already offside.
12:52 PM21 days ago

On the cross coming from the right Kobel got the ball on Elvedi's near deflection in the small area!
12:48 PM21 days ago

Moukoko - who is only 16 years old - received the ball inside the box and tried to shoot, but it went off the left side of the goal!
12:43 PM21 days ago

Yellow for Dahoud, for bringing down the M'Gladbach striker on the edge of the box. Koné takes the free-kick and hits the wall.
12:40 PM21 days ago

Hummels headed a cross from the right into the net, but he was already offside and the goal was disallowed.
12:33 PM21 days ago

Embolo makes the first touch on the ball and it rolls into the first half of the match!
12:33 PM21 days ago

The players leave the field to finish warming up in the locker rooms and then take the field for the ball to roll!
12:07 PM21 days ago

And still today we had Leipzig beating Herta Berlin mercilessly: 6-0. And the match between Borussia is isolated in the schedule, closing the Saturday of games.

The sixth round of the Bundesliga started yesterday, with Bayern beating Greuther Furth 3-1. Earlier today Hoffenheim beat Wolfsburg by the same score.
12:02 PM21 days ago

Dortmund is lined up for the match and comes with: 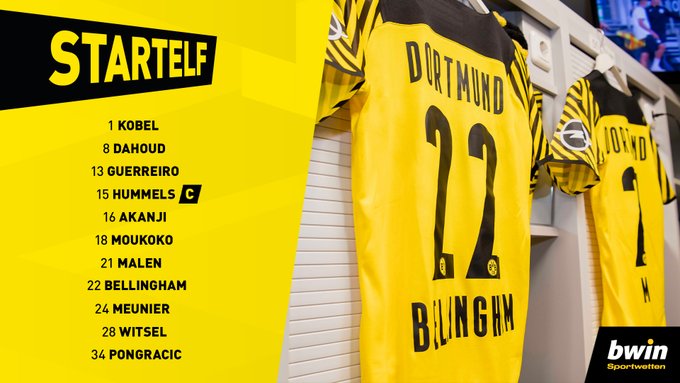 Gladbach is lined up for the match and comes with: 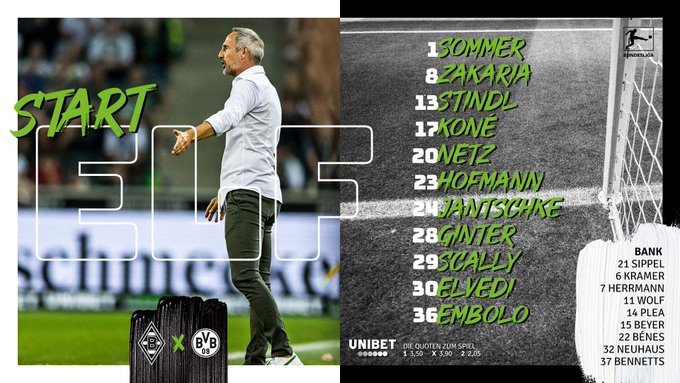 The broadcast of the Bundesliga match between Monchendgladbach and Dortmund now begins!
11:34 AM21 days ago

Do not miss a detail of the match with the live updates and commentaries of VAVEL. Follow along with us all the details, commentaries, analysis and lineups for this Monchendgladbach vs Dortmund match.
11:29 AM21 days ago

If you want to watch the game Monchendgladbach vs Dortmund live on TV, your options is: none.

What time is Borussia Monchendgladbach vs Borussia Dortmund match for Bundesliga?

This is the start time of the game Borussia Monchendgladbach vs Borussia Dortmund of 25th September 2021in several countries:

The last time the two teams met Gladbach won at home, on January 22, 2021. Elvedi opened the scoring, Haaland equalized and turned the match, then Elvedi, Bensebaini, and Thuram scored, making the score 4-2. 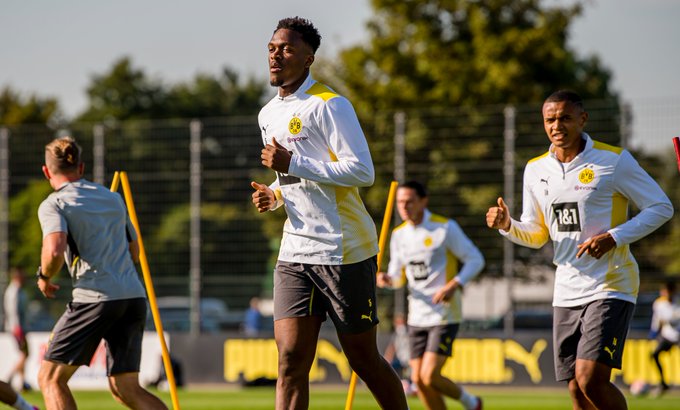 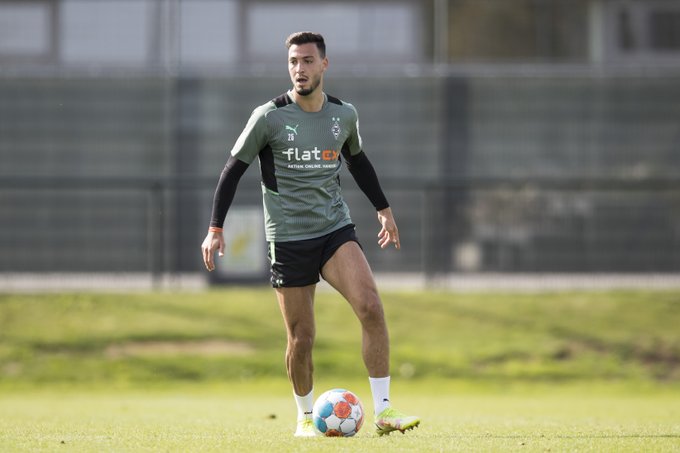 Gladbach will still have problems starting their team, as Thuram, Lainer and Doucoure are out, while Hofmann is doubtful. Meanwhile Dortmund also have a tough time with an even longer list, with Coulibaly, Morey, Schmelzer, Zagadou, Can, Reyna, Brandt and Tigges out.
10:59 AM21 days ago

With only four points from five games, Monchendgladbach is in 16th position, the first team inside the relegation zone, but is tied on points with Leipzig, Arminia, Stuttgart and Frankfurt, all positions above. Dortmund is in third place with 12 points, four behind Bayern, which leads the competition, and one behind Woflsburg, second, and two ahead of Leverkusen and Mainz 05, which are just behind, in fourth and fifth place.
Standings provided by SofaScore LiveScore
10:54 AM21 days ago

Dortmund have won two of their last two matches, one of them in the Bundesliga and one in the Champions League. Against Union Berlin, last Sunday (19), came the 4-2 victory. Guerreiro opened the scoring, Haaland equalized in the first half. In the second Friderich increased the score, against himself. From the penalty Kruse reduced the score, Voglsammer gave hope for an equalizer, but Haaland, as always, scored and closed the scoring.
10:49 AM21 days ago

Gladbach comes in after one loss and one win in the last two games they played, both being in the Bundesliga. Last Saturday (18), against Augusburg, away from home, came the defeat, by 1-0, with a solitary goal from Florian Niederlechner. And on Sunday (12) of the previous week came the victory at home, against Arminia. Stindl opened the scoring and Okugawa equalized in the first half. In the second Stindl equalized and Zakaria closed the score 3-1.
10:44 AM21 days ago

Maryland Bobcats FC vs Chicago House AC preview: How to watch, kick-off time, predicted lineups, and ones to watch 10 hours ago
//