It's over! The game concludes in the Primeira Liga with a victory for Benfica, who started the match as favorites from the beginning and quickly took advantage of it. With this result they accumulate 7 consecutive victories.
2:50 PMa month ago

The last minutes of the game are running out and the desperation of the local team is evident as the minutes go by. Time is running out.
2:44 PMa month ago

Goal by Bruno Silva. The locals find a ball and define in a good way to rescue the goal. We have a game.
2:34 PMa month ago

Gooooool! by JoãoMário (Benfica) right footed shot from the center of the box to the bottom left corner. Assisted by Rafa following a counterattack.
2:29 PMa month ago

Surprisingly, there were no changes at the time of the meeting. It seems that the last 20 minutes will be to modify pieces.
2:09 PMa month ago

Once again, fouls are repeated on the field of play. Play in the midfield.
2:04 PMa month ago

In the first moments of the second half, it was the home team that wanted to move the ball in search of cutting the lead.
1:59 PMa month ago

Everything ready for the second half

Both teams will be looking for a positive result.
1:54 PMa month ago

The forty-fifth minute of the first half is over. Benfica win it with some ease by taking advantage of the chances they had.
1:49 PMa month ago

We insisted with the spaces that the local team was leaving to the rival team and Benfica's second goal was already on the scoreboard.
1:44 PMa month ago

The locals were hit by the goal and they are trying to make sure that the advantage cannot increase. But the rival defense is attentive.
1:39 PMa month ago

Benfica goal Yaremchuk right footed shot from the center of the box to the right side of the goal. Assisted by Jan Vertonghen.
1:34 PMa month ago

The first half hour of the match was a game of fouls. Nobody wants to give in and so they try to get the ball.
1:29 PMa month ago

Once again, Benfica's machinery begins to do damage to the opponent. Silva tried but his ball went wide in another attempt by the visitors.
1:24 PMa month ago

The home side began to look dangerous. Estupiñán made a shot that went wide of the goal but already warned of possible danger.
1:19 PMa month ago

The home side became desperate to get the ball and with repeated fouls they stopped the Benfica attack, which was in the penalty area looking for a chance to score.
1:14 PMa month ago

The first half got off to a lively start for the rival in search of a goal that would ensure peace of mind. They were already caught offside in the first moments.
1:09 PMa month ago

The game is expected to be an offensive game.
1:04 PMa month ago

A good day to play soccer

This is how the visitor team warmed up and will be looking to do the honors and defeat the best team in the current competition.
12:59 PMa month ago

Confirmed lineups. Both teams are already out on the field to be able to recognize it
12:44 PMa month ago

In the last 51 meetings, Vitoria Guimaraes have won 7 times, there have been 7 draws and SI Benfica have won 37 times. The goal difference is 91-32 in favor of SI Benfica.
12:39 PMa month ago

In a few moments we will share with you the starting lineups Guimaraes vs Benfica  live, as well as the latest information Afonso Henriques Stadium. Stay tuned for up-to-the-minute live coverage of the match on VAVEL.
12:29 PMa month ago

How yo watch Guimaraes vs Benfica Live Stream on TV and Online?

If you want to watch the game Guimaraes vs Benfica live on TV, your options is: Gol TV Español

If you want to directly stream it: Gol TV

Ricardo Quaresma has scored one goal in these six matches at the beginning of the season, so he knows that getting back on the scoresheet will be fundamental for the home team to get the win on the scoreboard. 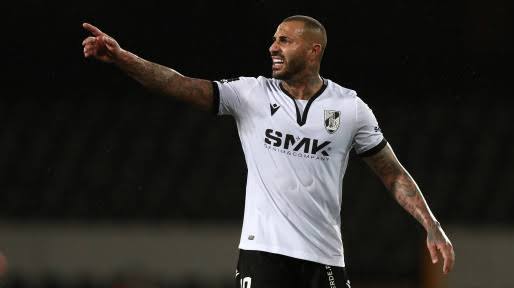 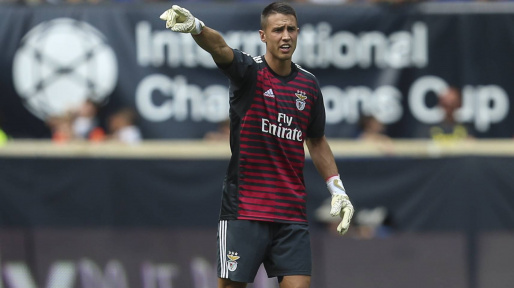 In the last encounter, the team that will be the home team was finally able to win. Prior to that match, they had four draws and one defeat in their record. Now for this match they will look for the goal difference to be in their favor and be able to take advantage of it
11:59 AMa month ago

Benfica: To keep up the perfect pace

For the visitors, it will be the perfect opportunity to continue proving that the six consecutive victories are no coincidence. The visitors will be playing in a familiar ground and will be looking to get as many goals as possible.
11:54 AMa month ago

The Guimaraes vs Benfica match will be played at the Afonso Henriques in . The kick-off is scheduled at 13 pm ET.
11:49 AMa month ago

Welcome to VAVEL.com’s LIVE coverage of the 2021 Primeira Liga: Guimaraes vs Benfica