It's over!!! Atletico Madrid turned it around and won the matchday 2 match.
4:55 PMa month ago

Goal, goal, goal for Atlético Madrid! Luis Suárez shoots from the penalty spot and scores the winning goal for the visitors.
4:53 PMa month ago

Penalty for Atlético Madrid! The ball is between Lemar and Kalulu and the Milan player ends up touching the ball with his hand.
4:50 PMa month ago

Goalkeeper! Mike dives to save a right-footed shot from Joao Felix that was heading for the back of the net.
4:47 PMa month ago

Florenzi's shot from outside the area, but the ball ends up passing very close to the goal, over the goal.
4:43 PMa month ago

Goal, goal, goal for Atlético Madrid! Griezmann receives a cross and with the ball in the air, he hits it to shoot into the goal.
4:40 PMa month ago

Milan changes. Bennacer and Saelemaekers are replaced by Florenzi and Kalulu.
4:39 PMa month ago

The match is a back-and-forth affair, with Atletico Madrid looking for a draw, while Milan want to maintain their lead.
4:31 PMa month ago

Correa's shot, but Maignan ends up deflecting the ball.
4:26 PMa month ago

The second leg of the match between Milan and Atlético Madrid kicks off.
4:05 PMa month ago

First half ends, Milan leads with one down at halftime.
3:48 PMa month ago

Suárez came close to scoring after volleying the ball, but it did not take direction.
3:44 PMa month ago

Tonali arrived with danger, but no one was with him and he ended up giving the ball away.
3:41 PMa month ago

Change of Milan. Ante Rebic is replaced by Sandro Tomali.
3:30 PMa month ago

He's leaving! The referee sends off Franck Kessié after a foot strike on Llorente.
3:27 PMa month ago

Goalkeeper! Excellent intervention by Oblak who ends up saving his goal after Rebic's shot.
3:13 PMa month ago

Calabria arrived with great danger to Oblak's area, but he advanced the ball too much and the defense ends up taking the ball away.
3:10 PMa month ago

Theo arrived with danger, but Llorente got in the way and saved the ball.
3:07 PMa month ago

Good intervention by Giménez, preventing Díaz from shooting at goal.
3:01 PMa month ago

The match kicks off at the San Siro.
3:01 PMa month ago

Pioli and Co. are already at the San Siro and AC Milan will be looking to mark their return to their home ground with a win in this competition. 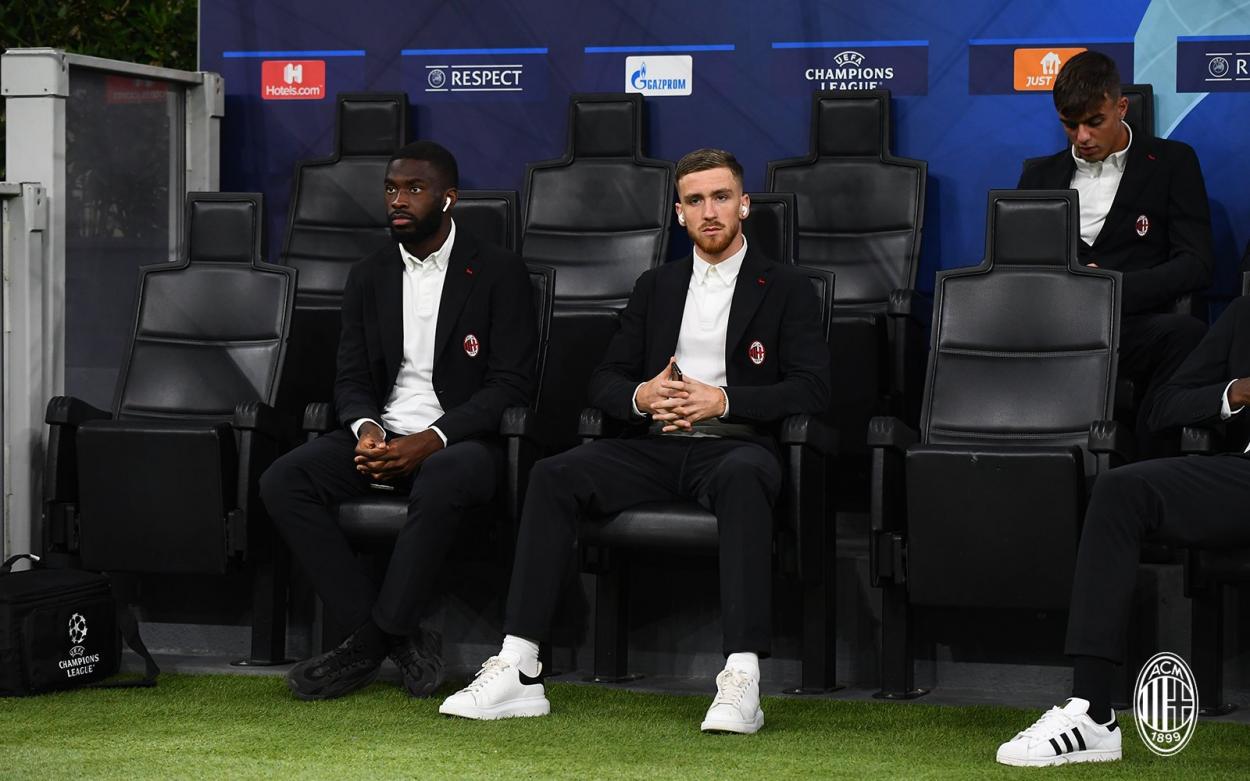 Atlético Madrid is already at the San Siro, the team coached by Diego Simeone will be looking to return home with the three points.

This is what AC Milan's dressing room looks like, the Italian team will debut at home this tournament, which marks their return to the Champions League. 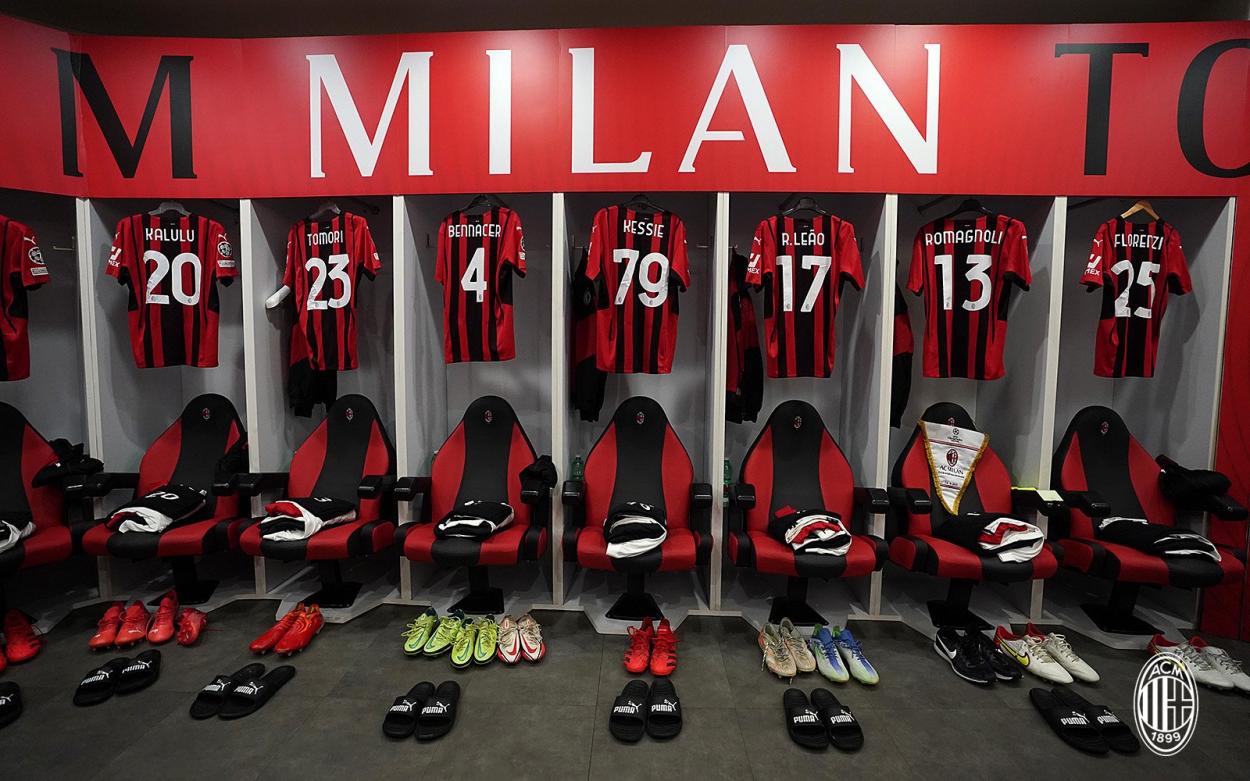 "We will play with tranquility".

Prior to this match, Diego Simeone attended to the media: "We are facing a strong and confident team that plays in a very dynamic way. Playing again against a great team like AC Milan is fantastic. They have grown a lot in recent years and are a strong opponent who did well in their visit to Liverpool. However, we will play calmly and we will have to give our all."
2:23 PMa month ago

"The bar is higher in the Champions League".

Stefano Pioli spoke ahead of the match against Atletico: "We have to play our best from a technical point of view and be focused from the start until the final whistle. The bar is higher in the Champions League and the small details make the difference. In Liverpool we conceded goals because of lapses in concentration; we have to play simple and quick soccer, without making the wrong decisions. It will be an important game, but not decisive. We have four games after tomorrow's, but we want to take points".
2:18 PMa month ago

AC Milan has only one win in its last 17 matches against Spanish teams in European competitions, that match was in February 2013 when it beat Barcelona 2 goals to 0.
2:15 PMa month ago

It has only happened once that Atlético de Madrid failed to win its first two Champions League matches with Simeone at the helm, this occurred in the 2017-18 season and it was with a goalless draw against Roma and a loss to Chelsea.
2:10 PMa month ago

On the way back

Milan had not played a UEFA Champions League match since February 2014, when they lost narrowly to Atlético Madrid.
2:05 PMa month ago

AC Milan have gone 9 matches without conceding a goal in the last ten home matches in European competitions.
2:00 PMa month ago

In a few moments we will share with you the AC Milan vs Atletico Madrid live starting lineups, as well as the latest information from the San Siro Stadium. Keep an eye on the action with VAVEL's minute-by-minute live online coverage.
1:55 PMa month ago

How to watch AC Milan vs Atletico Madrid Live Stream on TV and Online?

If you want to watch the game AC Milan vs Atletico Madrid live on TV, your options is: TUDNxtra.

Diego Simeone had a conference after losing against Alavés: "Every time we come here it is very difficult. It has always been difficult for us historically. I always think that teams that lose are very dangerous because they have to win sometime and today it was their turn against us".

"I don't think it's because of the system. It could be concentration. It doesn't matter with five or with four, their chances came when the team was divided. The goal comes down to concentration. When you score goals from set pieces, it's because there's a weakness in that area. We'll work to improve that facet, as we've already conceded two goals from set pieces and they condition the match".

Goalkeeper Oblak spoke to the media: "We conceded the goal too quickly, it was our fault. It's been happening to us often lately, it's a trend that we need to reverse immediately. We lack concentration and personality, we need to be more lucid in all phases of the game. Alavés also played well and we couldn't do what we wanted to do ".

"There are many players in the squad, not just the eleven who start. We conceded a goal early because of our mistake and then it doesn't matter who comes in or who you play against. In the first division all the teams know how to play and make it difficult for you".

"That's in our heads, we have to show from the first second, from the locker room, that we want to win, that we want to fight for first place, not just go out and play soccer. We have to improve and bring out the personality that I know we have. If we do that, the results will come".

Atletico Madrid arrives at this duel after losing for the first time in the LaLiga competition against Alavés by the minimum; however, their first match against Porto in the Champions League was a goalless draw, so in this match they will be looking for a victory at all costs. 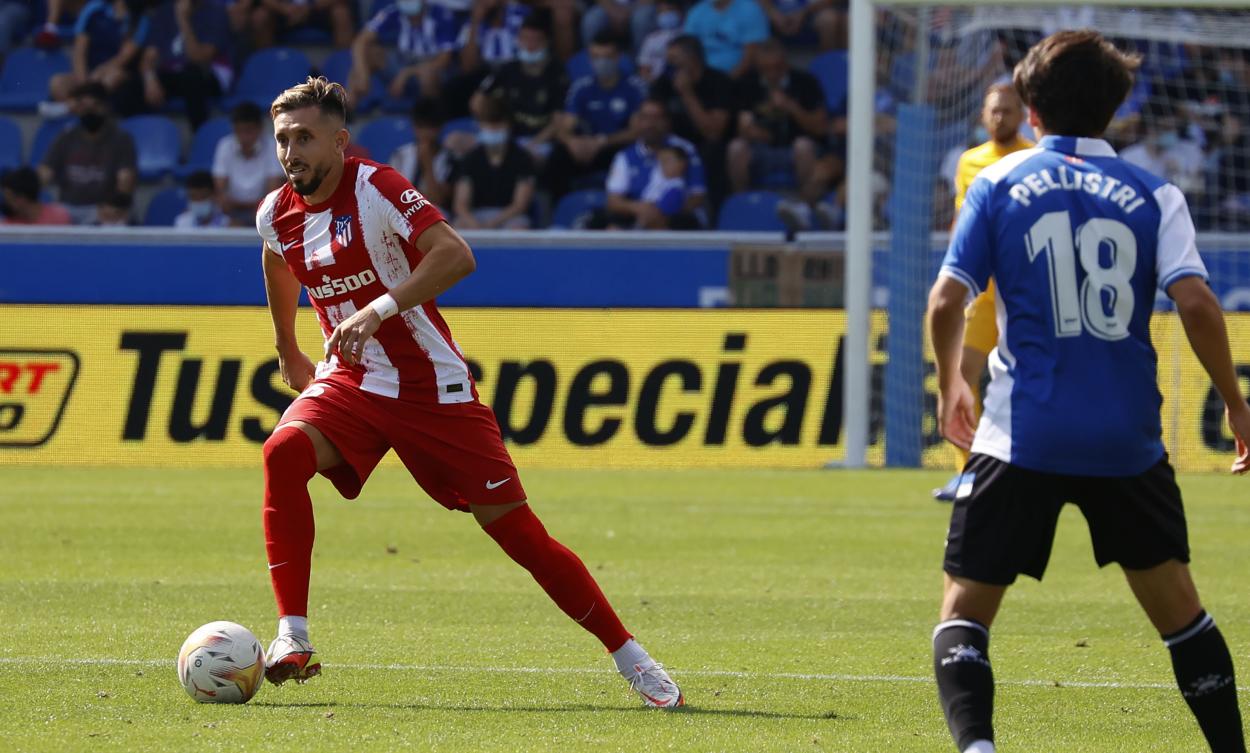 Aiming to make it three out of three

AC Milan comes to this duel after beating Spezia two goals to one in Serie A; however, in the Champions League they did not start well and lost to Liverpool 3-2, a situation they will try to compensate with a victory. 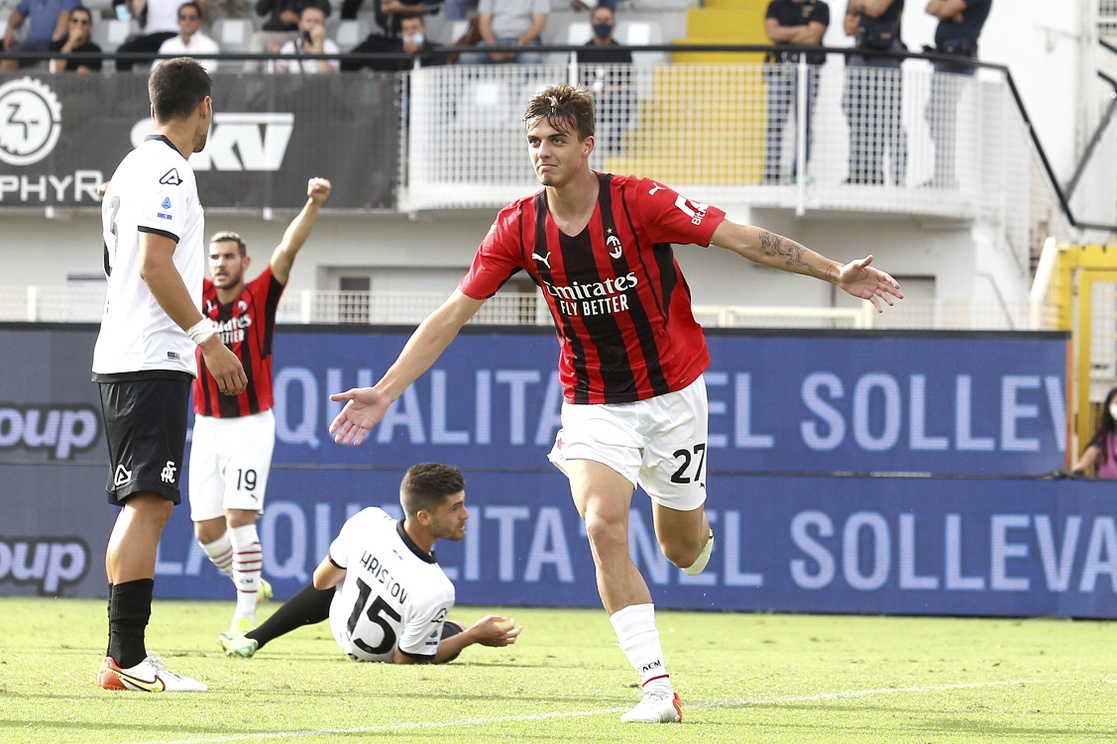 The AC Milan vs Atlético Madrid match will be played at the San Siro Stadium, located in Milan, Italy; with capacity for 80,018 people. 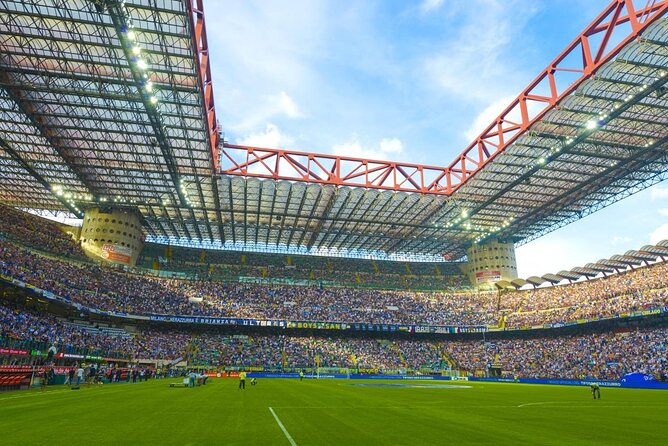