PORTER! A shot that falls into the hands of the Puebla goalkeeper.
10:53 PM2 months ago

Reyes' cross, but Segovia crosses and prevents the play from growing.
10:52 PM2 months ago

Julio Furch's cross is blocked by the defense.
10:44 PM2 months ago

Quiñones arrived with danger, but did not talk to his teammates and ended up missing a clear opportunity.
10:41 PM2 months ago

Jacques ends up intervening and prevents the red-and-black striker from shooting at goal.
10:37 PM2 months ago

The ball is very tight in the midfield, both teams are looking for a goal.
10:29 PM2 months ago

Puebla is looking for the second, the game is in favor of the visitors.
10:19 PM2 months ago

Change of Puebla. Gustavo Ferraréis is replaced by Amaury Escoto.
10:17 PM2 months ago

He saved it! Antonny Silva prevents the match from being tied after Rocha's penalty kick.
10:14 PM2 months ago

Penalty for Atlas! Ozziel Herrera was looking for the ball to shoot, but Ferraréis ends up hitting him with his knee and the referee awards the penalty.
10:10 PM2 months ago

Change per team. Brayan Trejo comes off for Atlas in place of Julio Furch. Puebla sends Pablo Parra off and Diego de Buen on.
9:53 PM2 months ago

At the end of the first half, Puebla wins by the minimum at the Jalisco.
9:52 PM2 months ago

Goal, goal, goal for Puebla! Tabó's shot ends up surprising Vargas and goes into the home goal.
9:50 PM2 months ago

Quiñones tries to generate danger, but the ball ends up going over the back line.
9:45 PM2 months ago

Ozziel Herrera tries to set up a dangerous play in Silva's area, but the defense blocks the ball.
9:39 PM2 months ago

Barboza's cross that Herrera fails to finish.
9:33 PM2 months ago

He's leaving! The referee sends George Corral out of the match and leaves Puebla with ten men.
9:32 PM2 months ago

VAR! A strong tackle by Corral on Aldo Rocha is reviewed.
9:30 PM2 months ago

The ball goes back and forth as Puebla and Atlas look to open the scoring.
9:23 PM2 months ago

Ozziel Herrera's shot ended up going into the side of Silva's goal.
9:16 PM2 months ago

A back-and-forth match, both teams are looking to do damage to their opponents' goal.
9:11 PM2 months ago

Tronyanski's shot, but it doesn't hit the right direction.
9:02 PM2 months ago

The match kicks off at the Jalisco Stadium.
8:58 PM2 months ago

Puebla has accumulated three consecutive victories against the Red and Blacks in the regular tournament; a situation they will be looking to continue.
8:47 PM2 months ago

Puebla, with Larcamón at the helm, is already in Jalisco and will be looking to emerge triumphant in this complicated venue.
8:36 PM2 months ago

Javier Salas accumulated 155 games in Liga MX in his last match against Puebla. The player played for Atlas from the Apertura 2016 to 2017.
8:31 PM2 months ago

This is how the jersey that the red-and-black team will be wearing tonight looks as they look to add another victory to their tally. 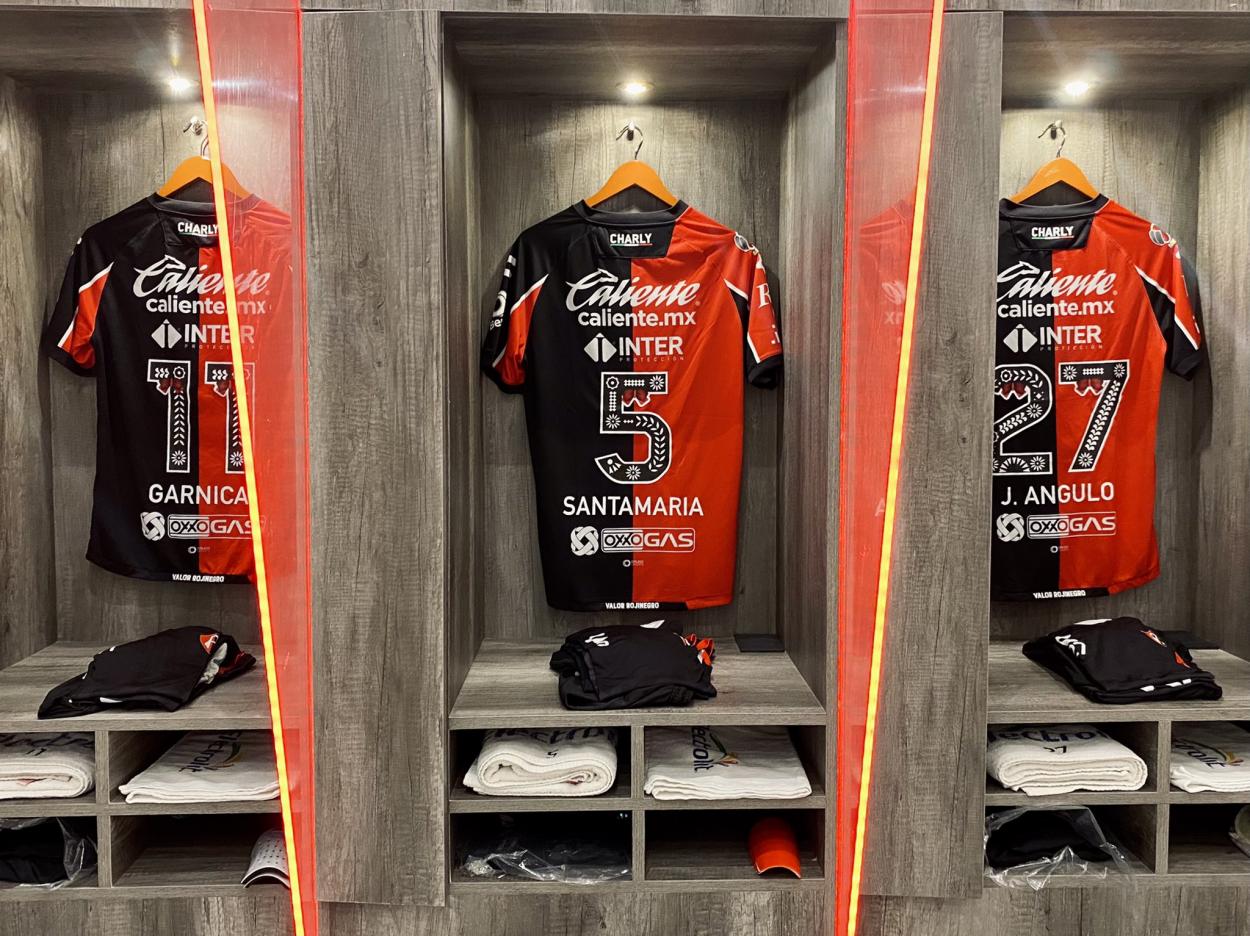 Diego Barbosa, Anderson Santamaría and Aldo Rocha had a great game against León on Saturday, which is why Liga MX chose them to be part of the ideal eleven for Matchday 10.
8:21 PM2 months ago

The twelfth guest has arrived!

The fans are already present at the Jalisco stadium, both teams will be looking for the three points, but it will be a complicated task for the visitors.
8:16 PM2 months ago

This is what the Jalisco stadium looks like tonight, the building will host the eleventh game for both teams in this Apertura 2021. 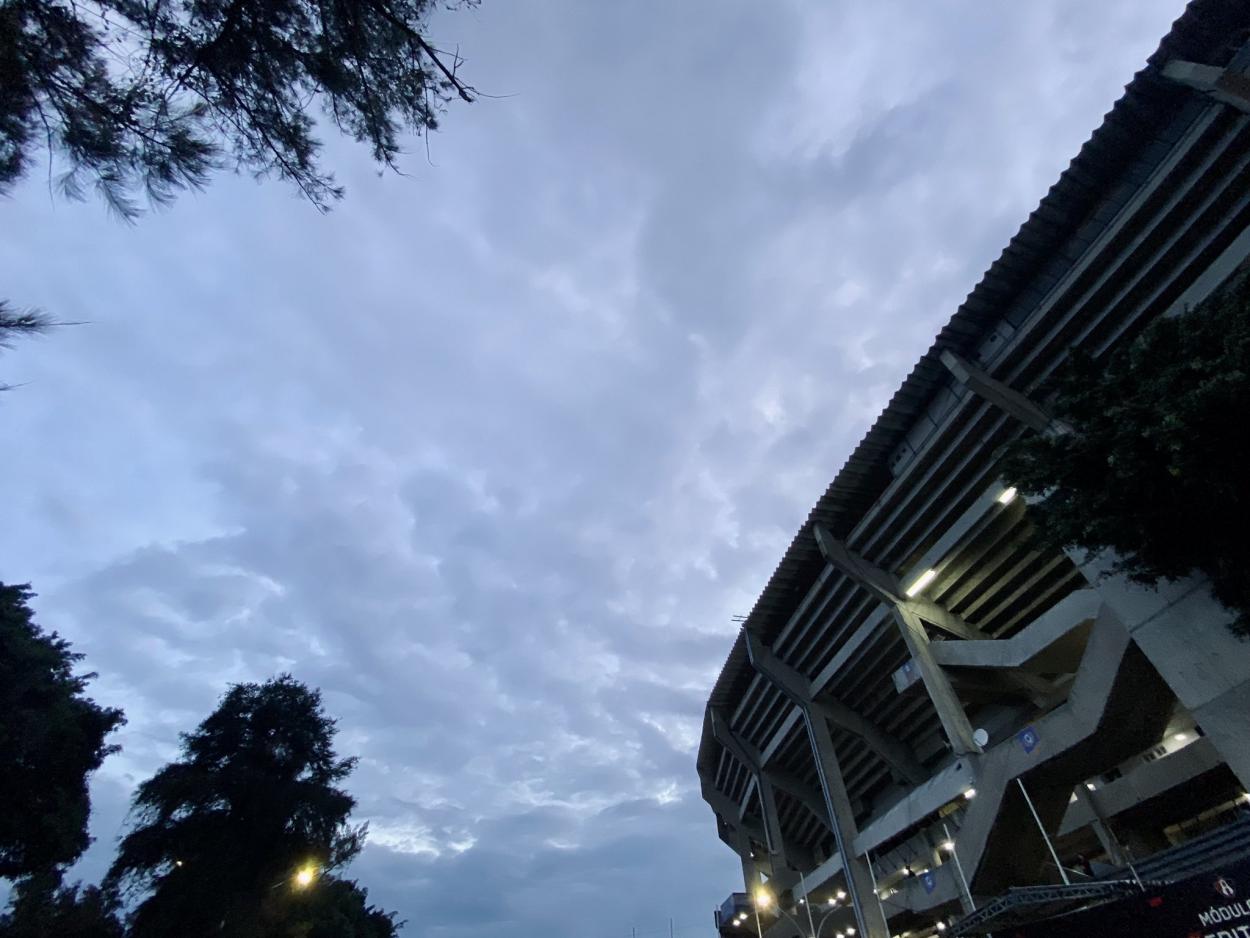 The Puebla saga will have to pay close attention to Julio Furch, after his recovery, the striker has been in great form, scoring and contributing in the opponent's zone.
8:06 PM2 months ago

Stay tuned to follow Atlas vs Puebla live on TV.

In a few moments we'll share with you the starting lineups for Atlas vs Puebla live, as well as the latest information from the Estadio Jalisco. Keep an eye on the action with VAVEL's minute-by-minute live online coverage.
8:01 PM2 months ago

How to watch Atlas vs Puebla Live Stream on TV and Online?

If you want to watch the game Atlas vs Puebla live on TV, your options is: TUDN.

Javier Berges, Puebla's assistant coach, spoke after the team's draw against Cruz Azul: "We are thinking about the group; Fideo is an important player for us, and God willing he will play on Tuesday.

"We deserved the three points, we were superior and the clearest, we know the hierarchy they have, last season we treated the rival with respect and tried to win them."

"The feeling is of a lot of anger, we lose two points that we deserved. Losing points on the hour is a mistake, there are always things to adjust. We'll keep the positive things we did today".

"The match had gone as planned".

Diego Cocca spoke after the victory against León and prior to this duel: "Beyond the fact that the result was good, beating León was not easy. I would like to highlight the attitude, the dedication, the fight, the union, the confidence in the work and the approach. They did their best and that's where the results are. Tomorrow we have to think about Puebla.

"We believe in growth. We can lose and make mistakes. The key is not to do it again. We want to press high, attack. The team is working very well. It looks solid, compact, tough, convinced, convincing. We are on the right track.

"We want them to believe that we are doing things seriously. Not just for a couple of games. It has cost us since we arrived. Now we have seen the results and more than ever we have to get on the same side. We need the fans. We have to be convinced and strong".

The team coached by Nicolás Larcamón has still not found the consistency it used to have. In their last match, they drew 1-1 against Cruz Azul, and have only one win in the current tournament, six draws and three defeats.
7:41 PM2 months ago

Atlas is coming after surprisingly defeating León with a convincing two-nil win. The red-and-black team is in fourth place with five wins, four ties and one loss, reaching 19 points. 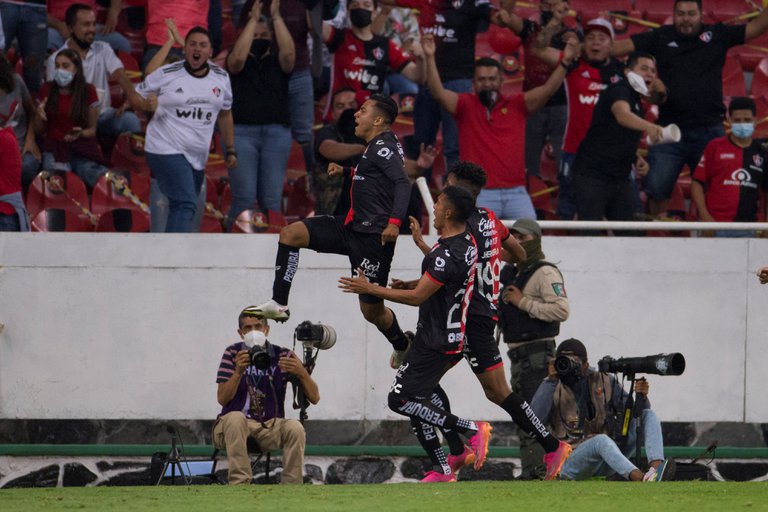 The Atlas vs Puebla match will be played at the Jalisco Stadium, located in Guadalajara, Jalisco; with capacity for 55,020 people. 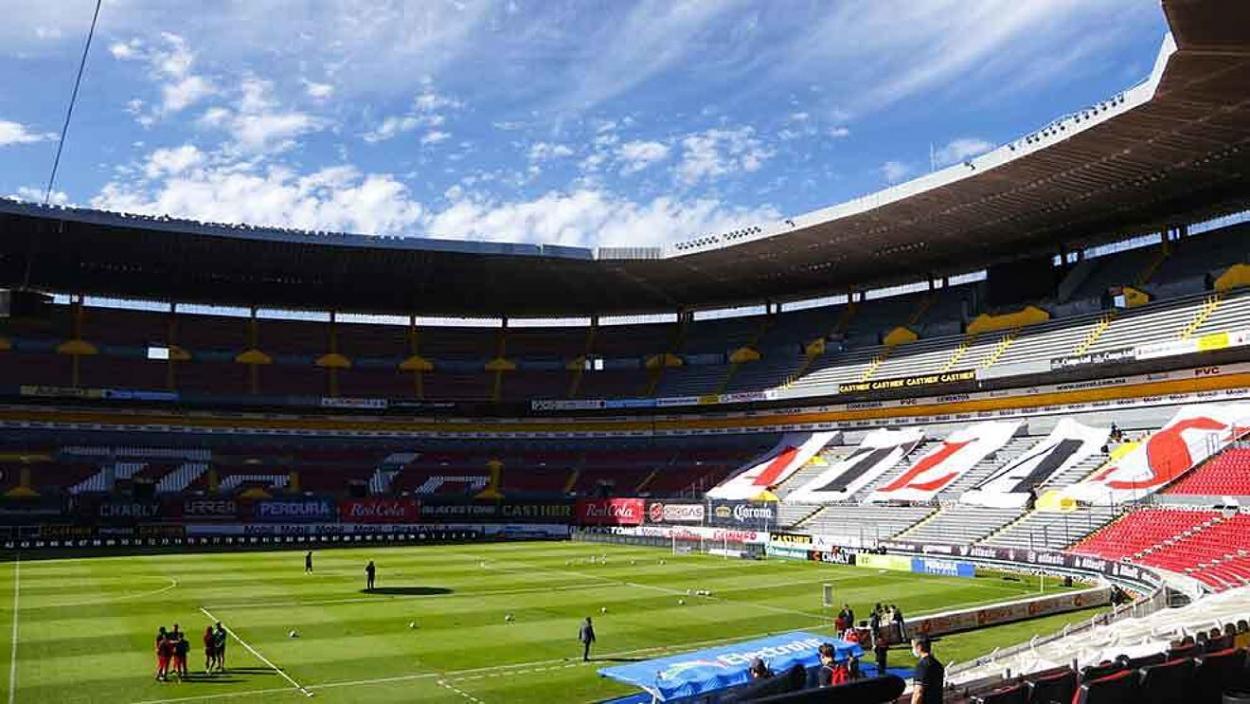 My name is Lore Solórzano and I’ll be your host for this game. We will provide you with pre-game analysis, score updates, and news as it happens live here on VAVEL. Please stay tuned to know the most important information of this match.