Thank you for following the broadcast of the Liga MX Date 11 match between San Luis and Tigres. See you next time.
7:57 PM8 months ago

After four games without a win, Tigres got back to winning ways by beating San Luis away from home and climbed to fifth place overall.
7:52 PM8 months ago

Yellow for Chávez and three more minutes are added.
7:42 PM8 months ago

Gonzalez came off and Cruz came on, and Chaka Rodriguez was also cautioned for Tigres.
7:32 PM8 months ago

Berterame's free kick goes over the goal.
7:27 PM8 months ago

Gonzalez's long-range shot goes over the top of the goal.
7:22 PM8 months ago

Vigón and Quiñones come out

Carlos González scores in front of the goalkeeper to increase the score to 3-0.

Juan Pablo Vigón takes advantage of the goalkeeper's mistake and sends the ball into the back of the net to increase the lead to 2-0.

A cross to the far post was disallowed for offside.
6:57 PM8 months ago

Waller rushes and sends the shot over the top of the goal.
6:47 PM8 months ago

The second half begins between San Luis and Tigres.
6:37 PM8 months ago

Another long-range shot from Carioca goes wide without any major problems.
6:22 PM8 months ago

Vombergar's header goes wide of the goal.
6:17 PM8 months ago

Berterame's shot inside the area is saved by Nahuel.
6:12 PM8 months ago

Fulgencio's shot hits directly into the hands of goalkeeper Barovero.
6:02 PM8 months ago

A cross to the far post, which Quiñones finishes off with a first-time shot to make it 1-0.

Another erroneous touch in the final third of the field, which is long for González, and Tigres, despite dominating the ball, does not reflect this in arrivals.
5:52 PM8 months ago

Carioca's long-range shot from Carioca, but it goes well over the top of the goal.
5:47 PM8 months ago

Chaka Rodriguez's cross is chested down by Unai Bilbao.
5:42 PM8 months ago

Berterame's shot with a defensive deflection that Nahuel Guzmán manages to save on the line.
5:32 PM8 months ago

Gonzalez's cross was looked for by Gonzalez and was blocked by the defense at the far post.
5:27 PM8 months ago

A very long touch for Fulgencio and the ball goes to the back line.
5:22 PM8 months ago

The game between San Luis and Tigres of Date 11 of Liga MX kicks off.
5:12 PM8 months ago

Under Liga MX protocol, San Luis and Tigres take the field, both in their alternate uniforms.
5:07 PM8 months ago

Jorge Isaac Rojas Castillo will be the referee for this match and the match between Atlético de San Luis and Tigres will kick off in a few minutes.
5:02 PM8 months ago

As difficult as it may seem, Frenchman André-Pierre Gignac will be on the substitutes' bench and the man in goal for this afternoon will be Paraguay's Carlos González.
4:57 PM8 months ago

This is the history in short tournaments between Atlético de San Luis and Tigres, where the balance favors the Monterrey-based team. 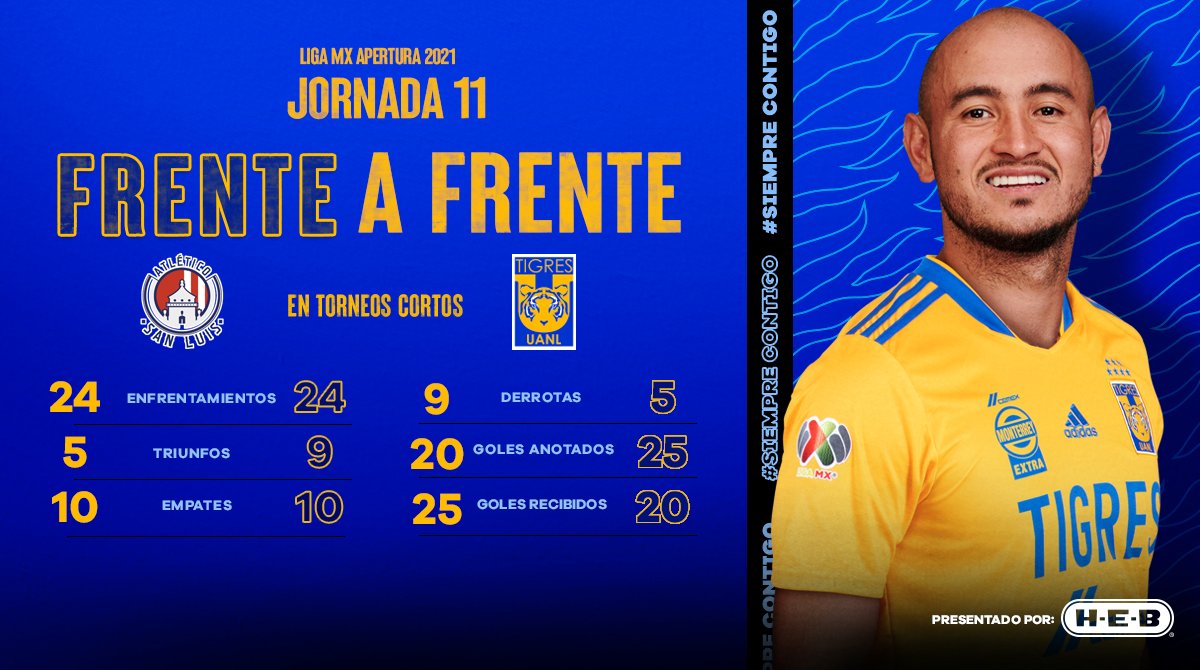 One of the best in the league

Unai Bilbao and Diego Reyes have become key players in their respective defenses in order for them to perform well, highlighting that both are dangerous in set pieces. 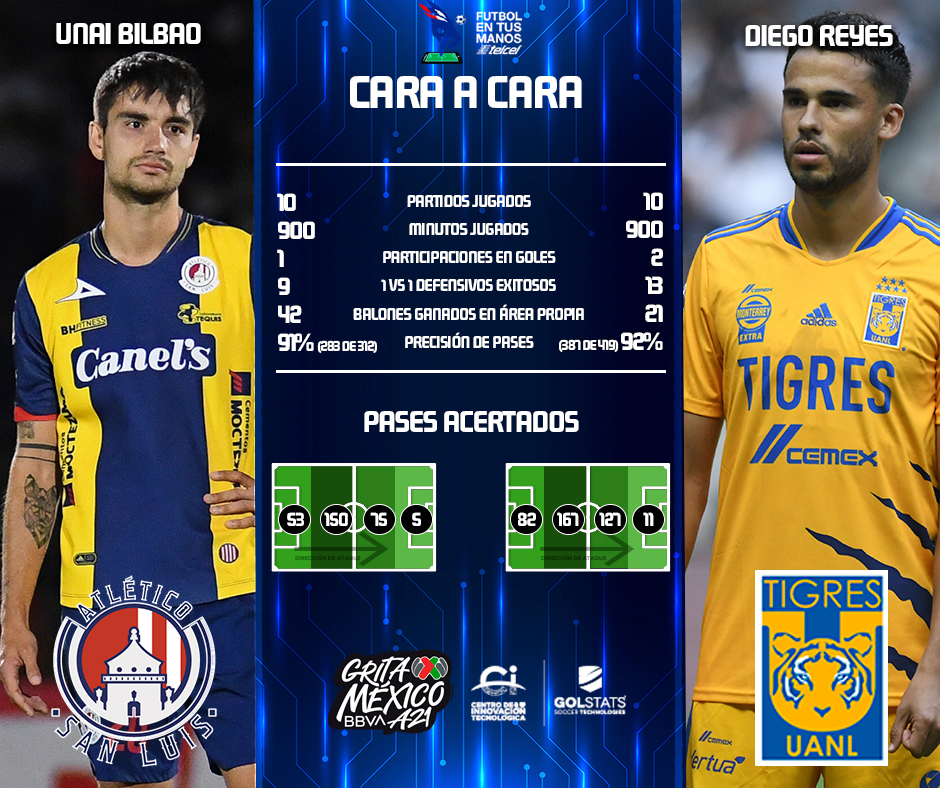 The felines have arrived

Half an hour ago, the felines arrived at the Alfonso Lastras Ramírez Stadium.

Tigres under Miguel Herrera have stagnated by not winning in the last four games, but with a victory they would move up to fifth place with 17 points.
4:17 PM8 months ago

Still on a roll

San Luis has only lost one of its last six games and is coming off a 2-1 away win over runner-up Toluca. They are currently fifth with 16 points and a multi-goal win could catapult them into fourth place.
4:12 PM8 months ago

Liga MX Matchday 11 activity continues when the surprising Atlético de San Luis seeks a victory that will catapult them into the top four when they host Tigres de la UANL, who have not won in recent matches. We begin our coverage.
4:07 PM8 months ago

Do not miss a detail of the match with the live updates and commentaries of VAVEL. Follow along with us all the details, commentaries, analysis and lineups for this Atletico San Luis vs Tigres match in Liga MX.
4:02 PM8 months ago

What time is Atletico San Luis vs Tigres match for Liga MX?

This is the start time of the game Atletico San Luis vs Tigres of 29th September in several countries:

The felines have dominated the last five games, noting that the Potosinos under their current name have never been able to beat the Regios in Liga MX, with a balance of two defeats and three draws.

The seasons go by and the work of Nahuel Guzmán continues to be fundamental for the felines to achieve good results; on Saturday alone, he saved several shots that were goal-bound to avoid defeat at home against Pumas UNAM. 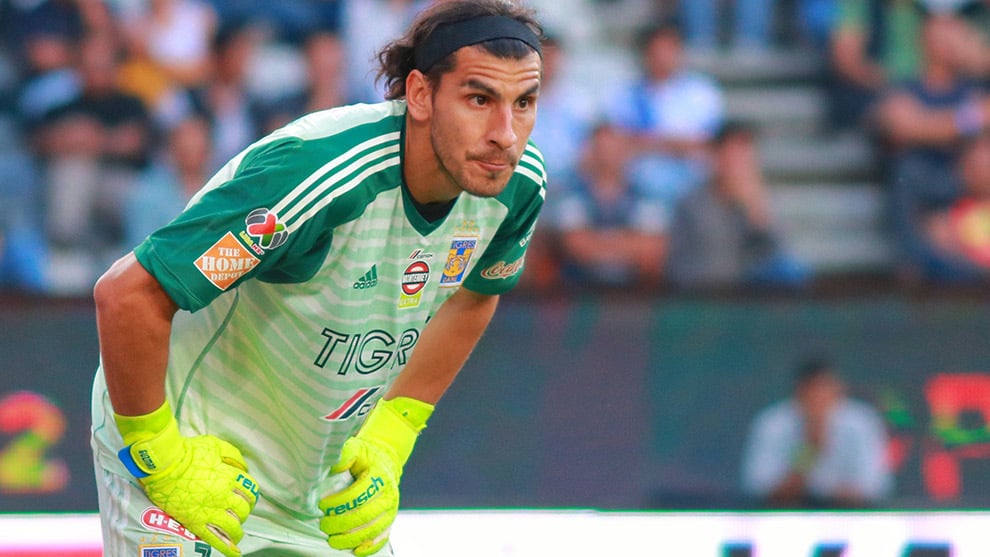 Germán Berterame is having his second wind with the Potosinos and, in fact, he played a key role with a brace to help the Potosinos take the three points from El Infierno last Sunday against the Diablos Rojos. 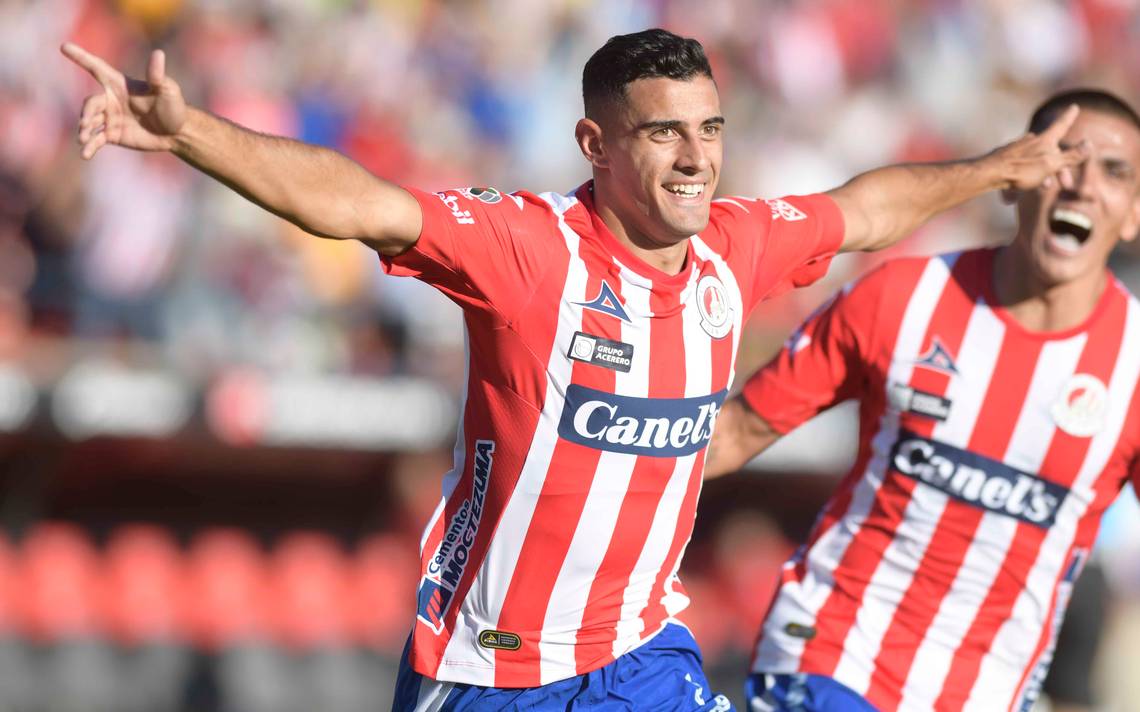 Tigres have now gone four games without a win and are beginning to consolidate their position as one of the kings of draws, having drawn three of their last four games (the last one on Saturday against Pumas UNAM), in addition to losing the Clasico Regiomontano.

Miguel Herrera, the team's coach, indicated that he is not worried about the lack of goals from the forwards and, on the contrary, that the squad has given them confidence so that they can get out of the bad streak.

"We need to recover Andres (Gignac) and Carlos, they are the team's strikers, André has had two consecutive posts, we will work with them, they need to recover their goals", he indicated in a press conference at the end of the game against the universitarios.

Atlético de San Luis, to the surprise of all and sundry, has positioned itself among the best teams in the championship despite having a new project and the renewal of a large part of the squad. In addition, they are in high spirits as they defeated Xolos de Tijuana at home last time and are coming off the back of a 2-1 away win over Toluca.
3:22 PM8 months ago

The Atletico San Luis vs Tigres match will be played at the Alfonso Lastras Stadium, in San Luis, Mexico. The kick-off is scheduled at 6:00 pm ET.
3:17 PM8 months ago

Columbus vs LAFC, and weather; lose 0-2 at home 6 hours ago