It's over! Columbus beats Cruz Azul two goals to zero and is crowned with the Campeones Cup.
9:54 PM25 days ago

Otero's header, then Giménez appears, but in both cases the goalkeeper saves the ball.
9:49 PM25 days ago

Otero tried to send a shot from outside the area, but the defense intervened.
9:47 PM25 days ago

Cruz Azul seeks, but fails to generate danger in the opponent's goal.
9:37 PM25 days ago

Goal, goal, goal for Columbus! Jonathan Mensah's header and the Mexican goalkeeper can't keep out the second.
9:31 PM25 days ago

Good anticipation by the home team, preventing Giménez from shooting at goal.
9:22 PM25 days ago

Poste! Orbelin Pineda's cross is struck by Escobar, but hits the post.
9:14 PM25 days ago

Nothing! The referee rules that there is no handball by the Columbus player.
9:13 PM25 days ago

VAR! A possible handball by Columbus in their area is reviewed.
9:12 PM25 days ago

The second half gets underway at Lower.com Field.
8:51 PM25 days ago

A hard-fought game in the midfield, both teams searched intensely for the opponent's goal.
8:42 PM25 days ago

Rivero saves his goal with a header that prevents the ball from going in.
8:34 PM25 days ago

VAR! A possible foul in favor of Cruz Azul in the opponent's area was reviewed, but the referee signals for the match to continue.
8:31 PM25 days ago

Romo's cross, but the defense ends up clearing the ball.
8:22 PM25 days ago

Goalkeeper! Rivero's shot on goal is blocked by the Columbus keeper.
8:19 PM25 days ago

A very tight game in midfield, with both teams looking for the opponent's goal.
8:07 PM25 days ago

Goal, goal, goal for Columbus Crew! Angulo combs the ball out of play, but ends up putting it in his own net.
8:06 PM25 days ago

The light blue team is already at the stadium where the Champions Cup match will take place.
7:43 PM25 days ago

The Columbus Crew is already at Lower.com Field, ready to play the duel that will define the champion between the Mexican and U.S. leagues.

"The team has not been at its best".

Roberto Alvarado, Cruz Azul player, spoke prior to this duel: "We have to be focused from minute one, the team has not been at its best moments but little by little we are doing things right, it is important to keep adding trophies, cruz azul deserves one more, we will fight for all the championships to come".
7:25 PM25 days ago

Jonathan Rodríguez and Santiago Giménez will be looking to score in the opponent's goal to give Cruz Azul another title and continue to bring joy to their fans.
7:22 PM25 days ago

Cruz Azul's dressing room looks like this, with all the clothes and jerseys ready, the light blue team will be looking to take home the trophy. 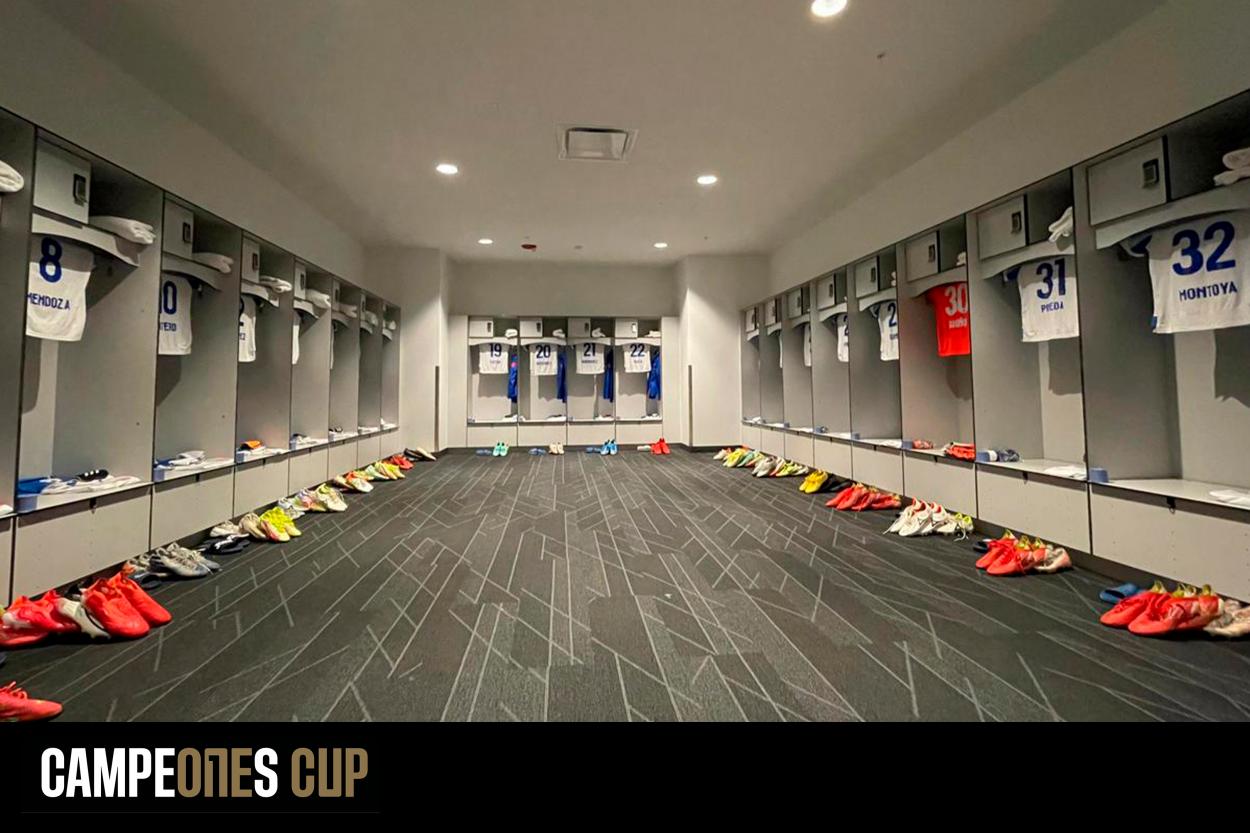 Looking for the best in the area!

Tonight, the Liga MX champion and the MLS champion will have a direct confrontation looking for the best team in the zone.
7:10 PM25 days ago

This will be the trophy that the victorious team will take home tonight in Columbus. 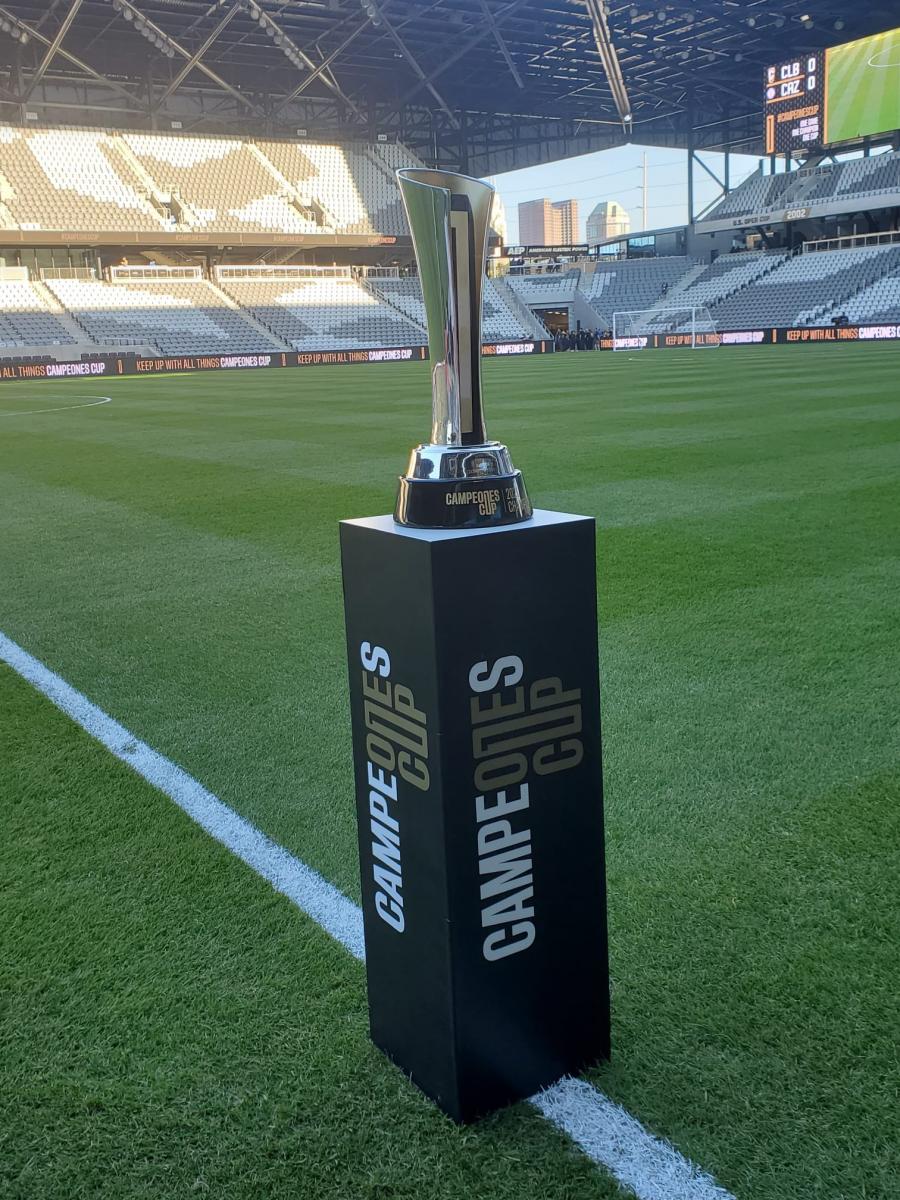 Shaggy' Martínez, Ignacio Rivero and Adrián Aldrete have taken over the Celestes' midfield, and this afternoon they will be looking to generate danger and cause damage in the opponent's area.
7:00 PM25 days ago

Stay tuned for the Columbus vs Cruz Azul live stream.

In a few moments we will share with you the Columbus vs Cruz Azul live starting lineups, as well as the latest information from Lower.com Field Stadium. Don't miss any details of the match with VAVEL's minute-by-minute live online coverage.
6:55 PM25 days ago

How to watch Columbus vs Cruz Azul Live Stream on TV and Online?

If you want to watch the game Columbus vs Cruz Azul live on TV, your options is: TUDN.

Juan Reynoso, coach of Cruz Azul, spoke prior to this duel: "We have to reinvent ourselves to optimize the times, I was pleased to hear from Santi and Roberto that they like to play, we are reinventing everything to play better each time, it is not easy because an institution like this one is in a hurry to get results, in the present between national team trips and tournaments if we do not rely on science and if we are not close to the players and their emotional issue, they can collapse".

"Every time I see them better and the coexistence is better, we have had few trainings together, sometimes there are better results than performance and vice versa. We arrived much better than for the CONCACAF match and Monterrey took advantage of that moment and that we were not in the best condition".

Santiago Giménez, Cruz Azul striker, spoke to the media before facing Columbus: "For us, the more matches we have the better, Cruz Azul is a club that needs to play for everything and fight for everything. We are happy to fight for one more title in this year that has gone so well for us".

"The rivalry between MLS and the Mexican league is growing, they are very competitive leagues we see it for us, we are a big club, we have the opportunity to be champion again and we want that title."

Columbus Crew's MLS tournament has not been very good, they are in ninth place in the Eastern Conference table and have accumulated 34 points, their last match they defeated Montréal 2 goals to 1. 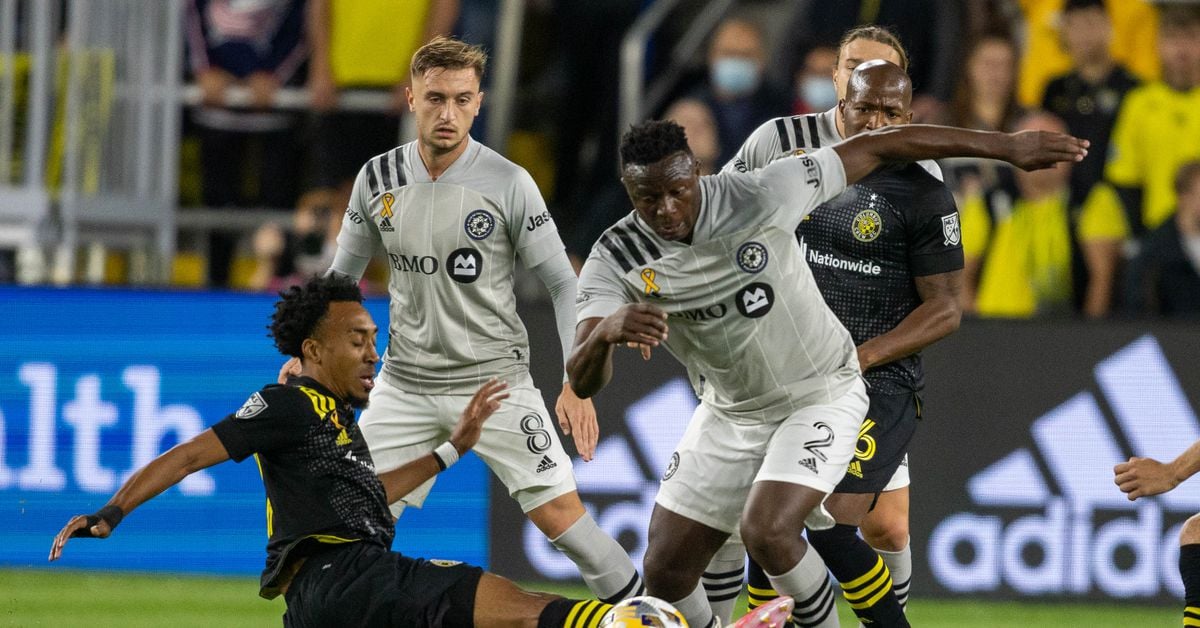 Without a good tournament

Cruz Azul arrives to this match after tying against Puebla, although they previously defeated Querétaro two goals to zero, the sky-blue team is still not convincing its fans to continue with the past path, they have had a tournament with many ups and downs. 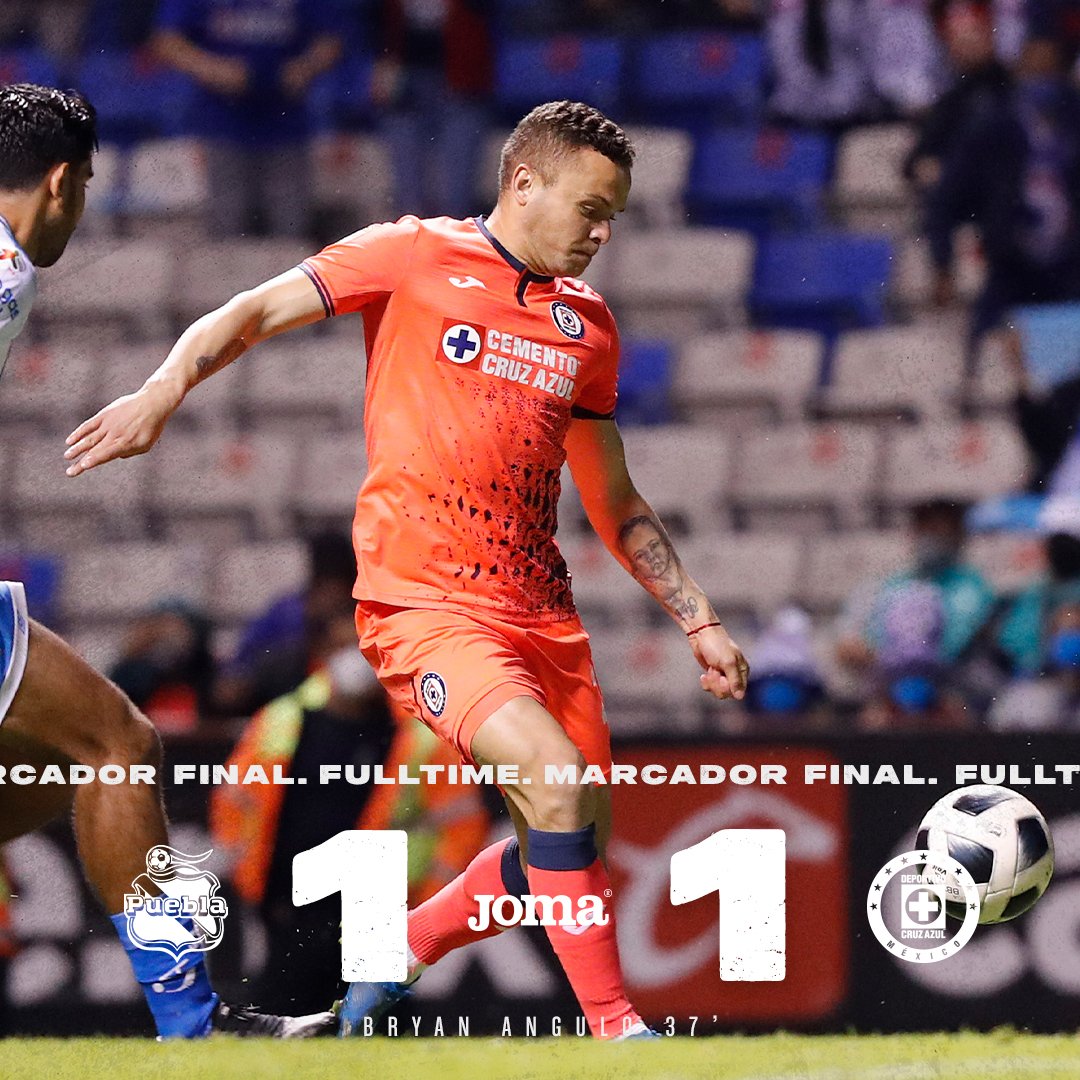 The match will be played at Lower.com Field Stadium.

The Columbus vs Cruz Azul match will be played at the Lower.com Field Stadium, located in Columbus, Ohio; with capacity for 20,011 people. 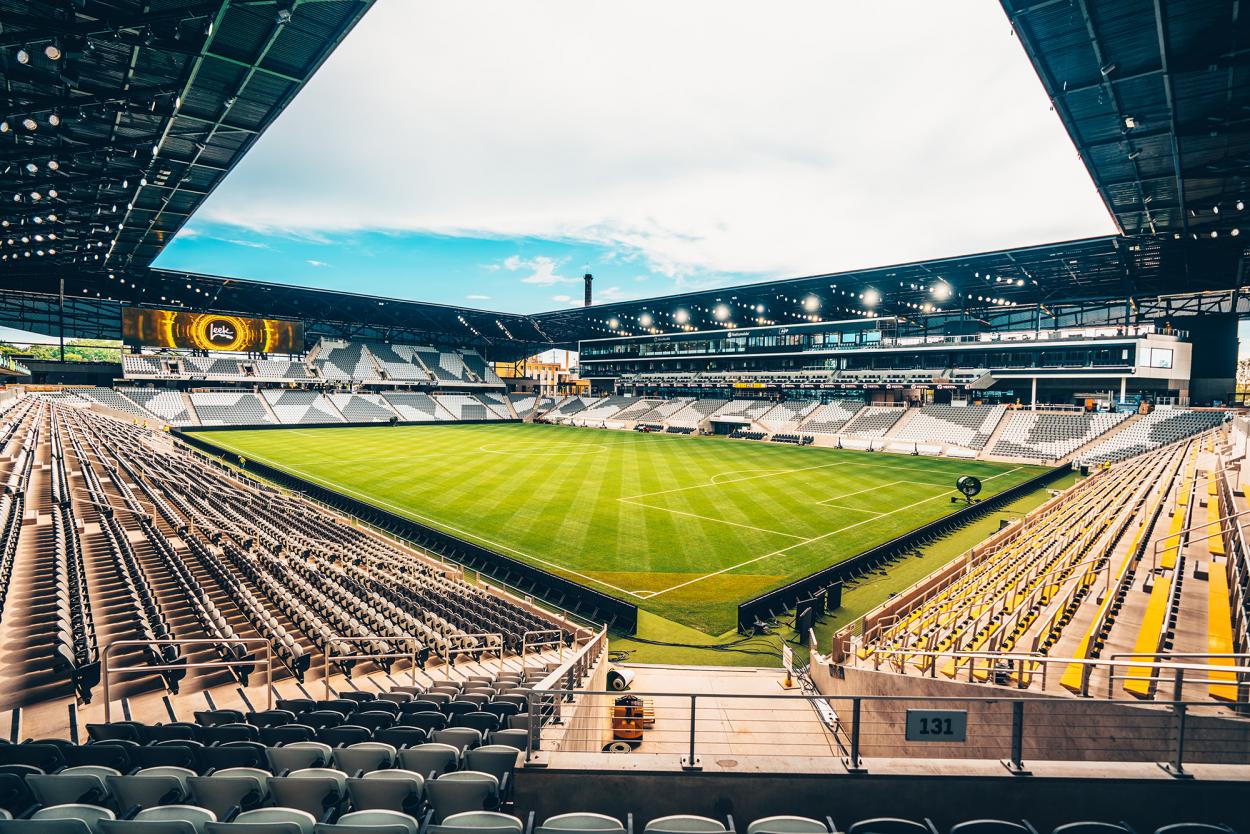