Martín Barragán's header, but the defense ends up deflecting the ball.
10:29 PM8 months ago

Baltazar's shot, but Santiago Ramirez makes a good save and prevents the home team from scoring.
10:24 PM8 months ago

Close! A shot that ends up crashing into the crossbar of Ramírez's goal.
10:14 PM8 months ago

Goal, goal, goal for Leones Negros! A cross from Villalobos that Baltazar stretches inside the box and ends up tying the match.
10:07 PM8 months ago

Mario Trejo makes an excellent save to prevent Rentería from shooting.
10:04 PM8 months ago

Leones Negros came close to scoring the equalizer, but Cortés and Santiago Ramírez got in the way.
9:58 PM8 months ago

The match is resumed for the second half.
9:58 PM8 months ago

At the end of the first half, Morelia leads by the minimum.
9:37 PM8 months ago

Go.... ANNULLED! Marco Granados tied the game, but the referee flagged for a handball and disallowed the goal.
9:37 PM8 months ago

Rentería's shot, but Santiago Ramírez deflects the ball to the back post.
9:37 PM8 months ago

Diego Cortés' cross that Felipe López ends up holding back
9:21 PM8 months ago

Morelia substitution due to injury. Ulises Zurita comes off for Diego Cortés.
9:17 PM8 months ago

Due to the rain, the game is very tight in the midfield, with split balls.
9:07 PM8 months ago

Leones Negros tied the match, but the referee annulled the play.
9:01 PM8 months ago

Goal, goal, goal for Morelia! Arturo Ledezma gets up and sends an accurate header that ends up in the back of Lopez's net.
8:57 PM8 months ago

A great play between Jesús Ramírez and Vergara, the latter tries a back-heel shot, but the home defense clears the ball.
8:50 PM8 months ago

After a considerable delay, the action at the Jalisco stadium got underway.
8:37 PM8 months ago

Both Leones Negros and Morelia are already on the field warming up before kickoff.
8:10 PM8 months ago

The match between Leones Negros and Atlético Morelia will kick off fifty minutes later.
7:55 PM8 months ago

The match will not start at the scheduled time, there is a lot of rain in Guadalajara.
7:26 PM8 months ago

Leones Negros needs to tighten up in these matchdays, the team led by Sosa is located in the penultimate position of the league table.
7:16 PM8 months ago

Morelia comes into this match with 14 goals scored, while they have 9 goals against, so the Michoacán team will be looking to continue increasing the number of goals scored.
7:11 PM8 months ago

Leones Negros youth player Paul Bellón has shown great solidity in defense and will be looking to prevent the visitors' offense from entering the box.
7:06 PM8 months ago

Only two matches have been played between these teams, one of which ended in a win for Atlético Morelia and the other in a draw.
7:01 PM8 months ago

In a few moments we'll share with you the starting lineups for Leones Negros vs Atletico Morelia live, as well as the latest information from the Estadio Jalisco. Keep an eye on the action with VAVEL's minute-by-minute live online coverage.
6:56 PM8 months ago

How to watch Leones Negros vs Atletico Morelia Live Stream on TV and Online?

If you want to watch the game Leones Negros vs Atletico Morelia live on TV, your options is: TUDN.

Ricardo Valiño spoke after the victory against Alebrijes: "I'm happy because the fans returned to the field, that we gave them a win, we generated many goal opportunities, we're close to the leader and we're still strong at home".

"Jesús Ramírez had a head contusion, he did not lose consciousness but the third doctor indicated his change, in the case of Perea he had a discomfort in the right schiotibial, tomorrow we will see how he evolves after spending 24 hours".

"We have to work on the definition, we are finding a balance, they no longer convert us so easily, I think that today was the match in which we generated more opportunities."

"Leones Negros since the change of coach has been a tactical team that arrives little but converts, it will be a difficult match but we will not change our model we will go looking for the match from the first moment".

Alfonso Sosa attended to the media after beating Cancún and prior to this match: "It was a match with many ups and downs the team started well, we matched the advantage that gave us the win, we recovered the ball, we had other goal opportunities, then we had the refusal to run after the ball".

"We always try to take advantage of the input, with the change of coach the player is motivated and wants to show".

"We found a very positive dynamic and we have shown it with these results."

Leones Negros arrives at this match after a win against Cancún by the minimum score; although the Guadalajara team has not had a great tournament and the recent arrival of Alfonso Sosa, the coach who will seek to return Leones to the top positions. 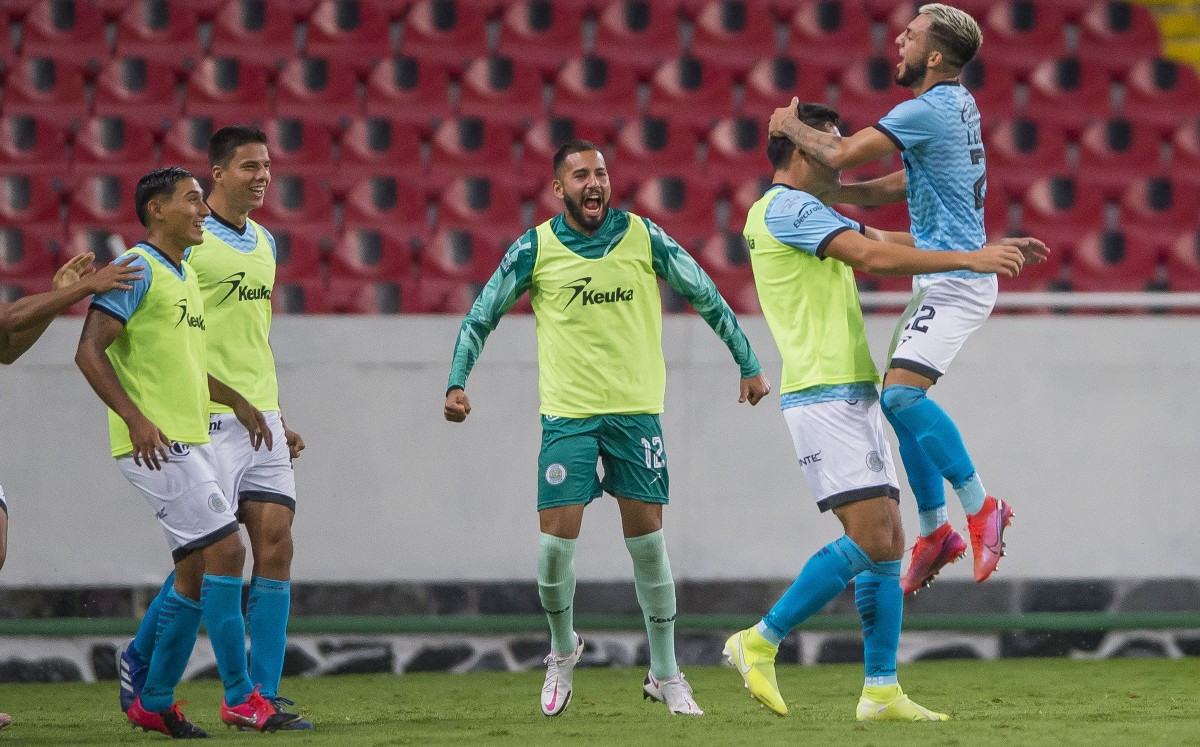 Atlético Morelia arrives at this duel after beating Alebrijes by the minimum, accumulating five wins, one draw and four defeats in the current tournament. The Michoacanos are in third place with 19 points and will be looking for four points on the road. 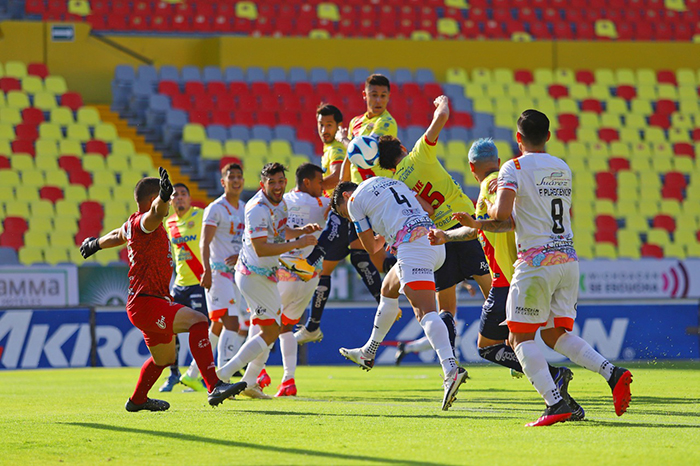 The Leones Negros vs Atlético Morelia match will be played at Estadio Jalisco, located in Guadalajara, Jalisco; with a capacity for 55,110 people. 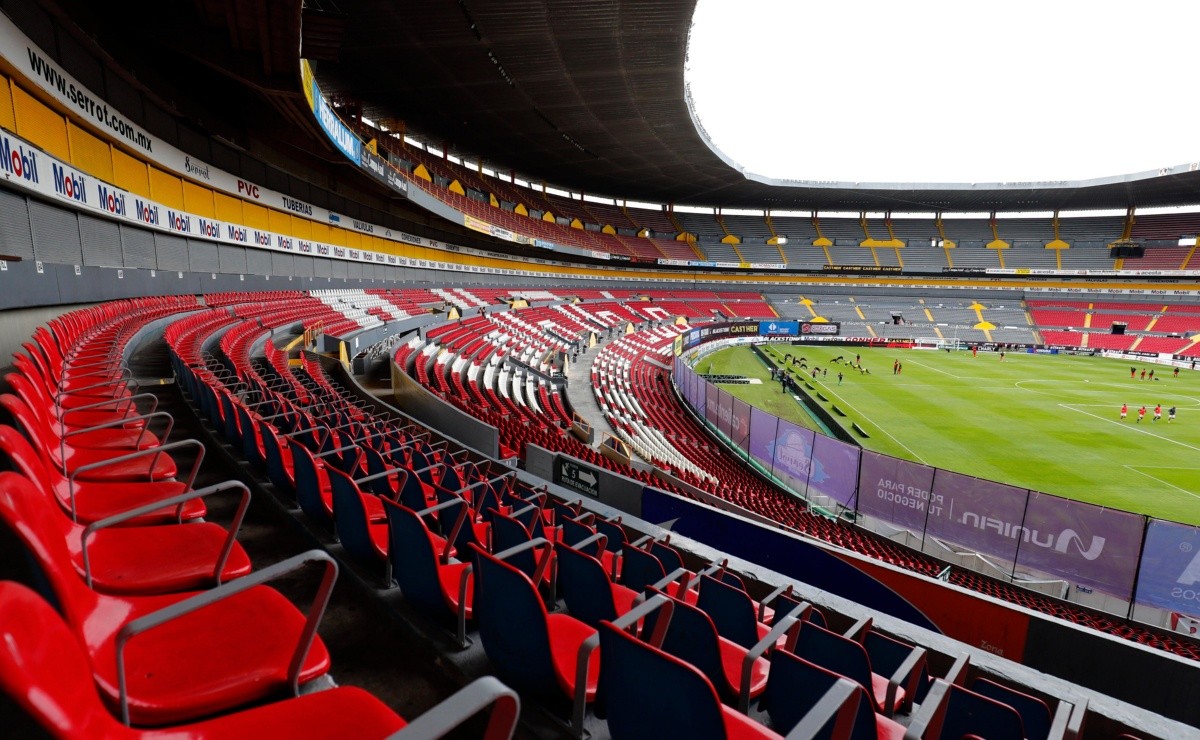