There was no more time for the game, in which 5 minutes of extra time were added for the second half. With just enough, Napoli asked for the win and extend their winning streak of 7 games in a row.

Fiorentina fell into the game of desperation and I don't see any way they can score a goal that could give them the equalizer.
1:50 PM23 days ago

In the final stretch of the match, Fiorentina made three changes in an attempt to freshen up the starting eleven.
1:45 PM23 days ago

Now it is Napoli who are looking for danger inside the field. They dominate the ball, but their attempts pass close to the home team's defensive backline, which holds off the onslaught.
1:40 PM23 days ago

Napoli's Rui received a yellow card for dangerous play on the field.
1:35 PM23 days ago

Fiorentina is not giving up and is already looking with plays for the crossbar to be able to get the equalizer inside the field. Back and forth game.
1:30 PM23 days ago

Amir Rrahmani de (Napoli) header from the center of the box to the right side of the goal and scores. Assisted by Piotr Zielinski with a cross following a set piece situation
1:20 PM23 days ago

The only thing that Napoli had in the beginning of the second half was a corner kick that was wasted. Scattered ball on the pitch.
1:15 PM23 days ago

Fiorentina and Napoli want to break the tie.
1:10 PM23 days ago

Great back and forth game. Many emotions await us for the second half of the match between the two teams for the three .
1:05 PM23 days ago

Hirving Lozano (Napoli) right footed shot from the right side of the six yard box to the center of the goal following a set piece situation.
1:00 PM23 days ago

We constantly reiterated this. Fouls were the most common thing on the pitch, and Napoli's Bonaventura already has a yellow card for dangerous play.
12:55 PM23 days ago

Lucas Martinez Quarta de (Fiorentina) right footed shot from the center of the box following a corner.
12:50 PM23 days ago

Watch out for what Napoli tried to do. A header that almost guarantees a goal.
12:45 PM23 days ago

In these first minutes. Fiorentina is master of the ball, but still manages a play that can really disturb the visitor's goal.
12:40 PM23 days ago

Fiorentina had a single shot that went too wide to be dangerous. At the moment, the repetition of fouls is what we have seen the most during the match in dispute.
12:35 PM23 days ago

Fiorentina is the one that starts mind a little more the leg and already concedes the ball with this kind of actions to the rival that is Napoli.
12:30 PM23 days ago

A great afternoon for playing soccer.

Less than 10 minutes to go until kick-off of this match, which on paper promises to be an offensive game with plenty of goals. 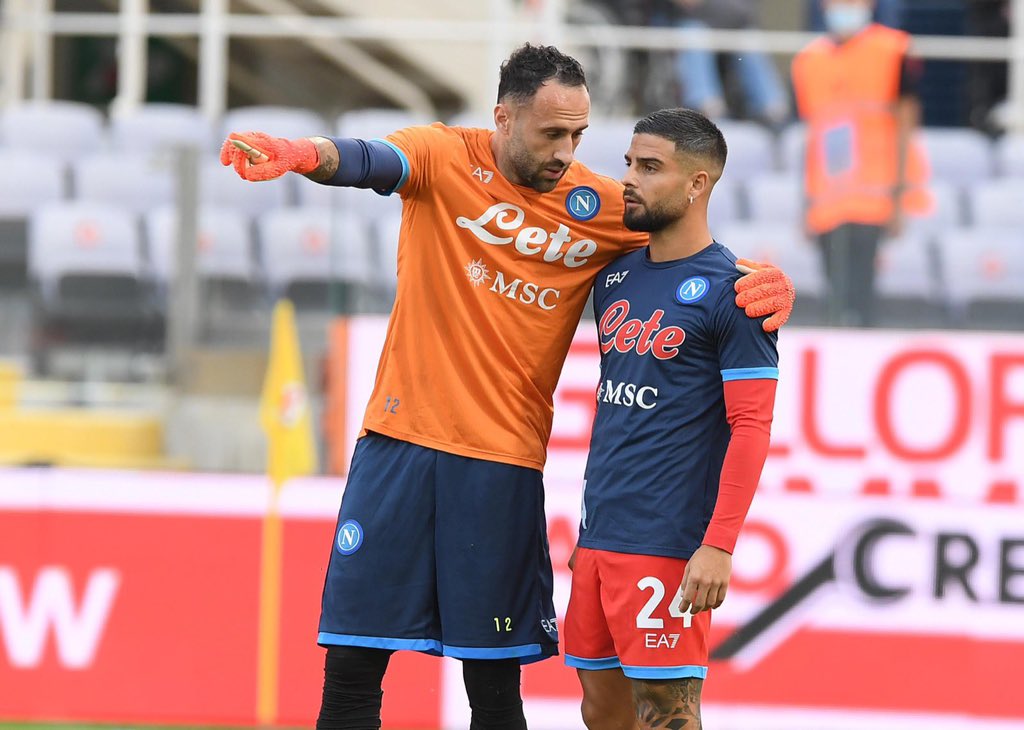 Will be out for the match 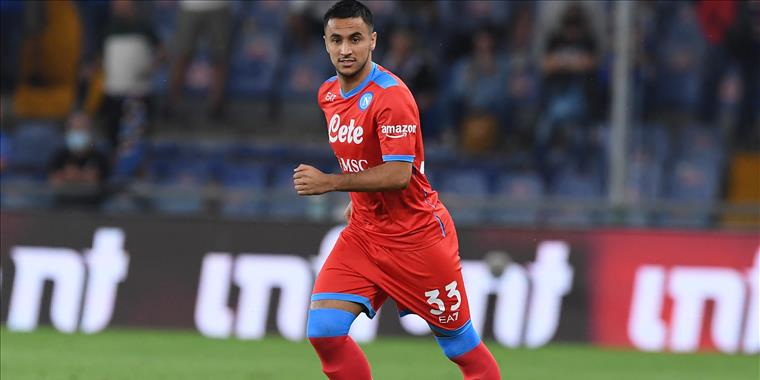 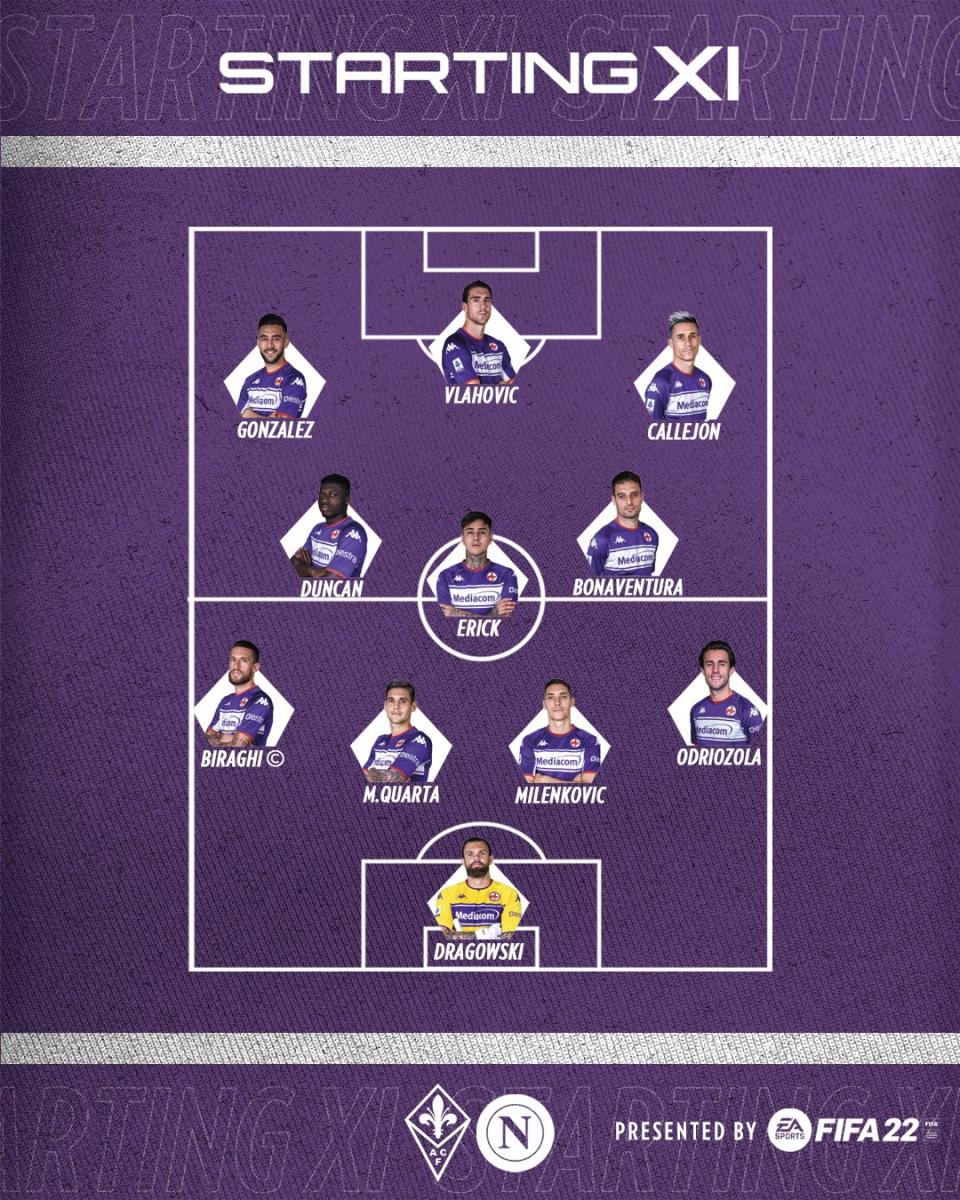 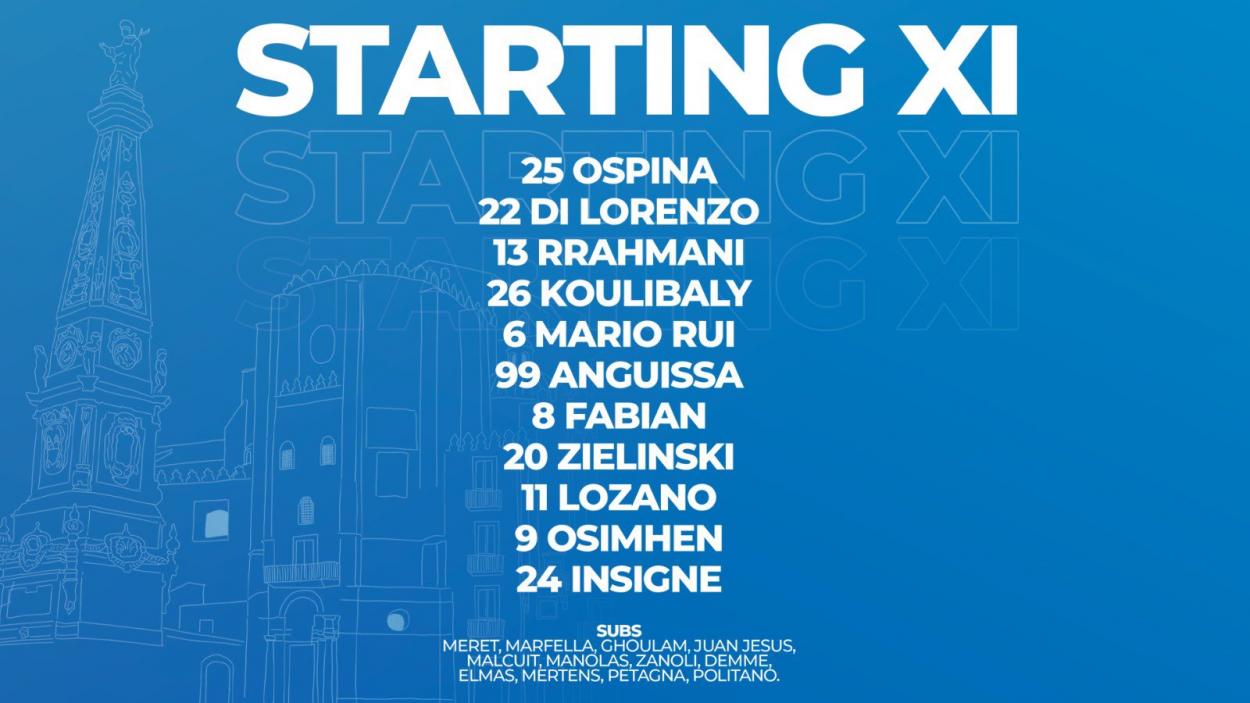 Two in a row

Napoli last season they won the two duels that were in dispute against Fiorentina, the first at home by a score of 6-0, and the second 2-0 away. They will be looking for their third consecutive win.
11:50 AM23 days ago

Tune in here Fiorentina vs Napoli Live Score in Serie A

Do not miss a detail of the match with the live updates and commentaries of VAVEL. Follow along with us all the details, commentaries, analysis and lineups for this Fiorentina vs Napoli match for the Serie A
11:45 AM23 days ago

What time is Fiorentina vs Napoli match for Serie A?

This is the start time of the game Sassuolo vs Inter of 3nd october in several countries:

Pietro Terracciano is a 31-year-old experienced player who defends the colors of Fiorentina and plays as goalkeeper for the Italians. His performances have him as one of the most reliable men of the home team for the match. 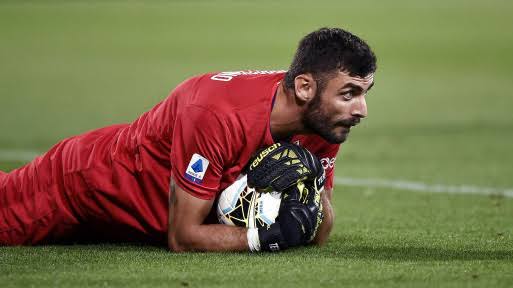 David Ospina, is all security for Napoli, for the Colombian national team will leave everything to arrive in good shape to the next FIFA date. It is fundamental the affection he has with the defense of the Italians with whom he teams up. 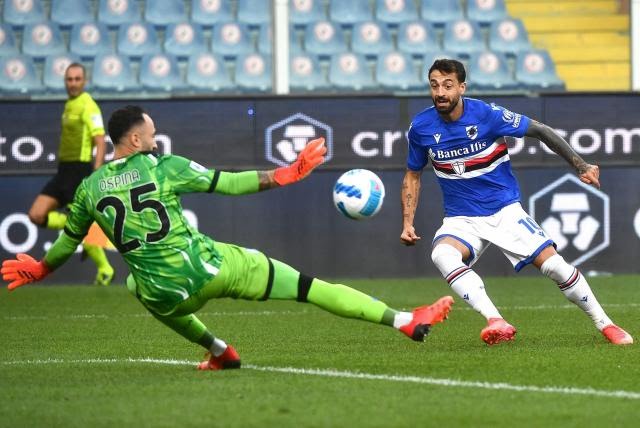 For the Fiorentina team the tournament has not been all bad, the only difference they have had are the two losses in a total of six matches played, one of them the last one at home in which they had to play with one less against Inter, who did not spare them and defeated them with a two-goal difference.
11:15 AM23 days ago

One of the sensation teams in Serie A, Napoli is a team that has been well found on the field and in its record of matches in the current competition has six straight games with a win, a streak that it will not want to cut short. In their last home game they defeated Cagliari 2-0 with a good performance
11:10 AM23 days ago

In Serie A, things are pretty even and no one will want to give an advantage. In this match we will see a duel of leaders and serious candidates for the title. A few days have already gone by in the competition and the profiles of each team are beginning to be certain.
11:05 AM23 days ago

The Fiorentina vs Napoli match will be played at the French Stadium, Italy. The kick-off is scheduled at 12:00 pm ET.
11:00 AM23 days ago

Welcome to VAVEL.com’s coverage of the 2021-22 Serie A match: Fiorentina vs Napoli Live Soccer!