Germany rescues victory in the last minutes of the game and beats Romania 2-1
4:38 PM8 months ago

Romania creates the chance for the equalizer but Goretzka gets in the way and avoids it.
4:30 PM8 months ago

GOAL. Thomas Müller scores the winner when he connects with his right foot from Goretzka's cross.
4:14 PM8 months ago

Free kick for Germany. Andre Ratiu gets a yellow card.

GOAL. After searching for the equalizer in the first half, the goal came for Germany through Gnabry.
3:55 PM8 months ago

Romania injury change. Andrei Burca is out, Cristian Manea is in.
3:53 PM8 months ago

Corner kick for Romania to end the first half
3:27 PM8 months ago

Puscas makes a half-turn in the area but his last touch is off the mark
3:22 PM8 months ago

Gnabry's lively cross-shot ends up in the hands of goalkeeper Nita
3:19 PM8 months ago

Gnabry surprises with a diagonal run down the right side of the field, but Timo Werner does not settle in the half turn. Goalkeeper Nita avoids the equalizer in the second play.
3:13 PM8 months ago

Germany continues to try for the equalizer but is not convincing in front of the net. Romania settles down to look for a counterattack.
3:04 PM8 months ago

Gnabry looks for a shot lying in the box in front of the goalkeeper but the ball goes over the line to the visitors' good fortune.
3:01 PM8 months ago

Germany tries to penetrate into the area on the right flank with Gnabry and Werner but the diagonal does not go far enough.
2:56 PM8 months ago

GOOOOOL. Hagi takes advantage quickly and with a great personal play on the counter that gets the 0-1.
2:54 PM8 months ago

The referee's decision is overturned. There is no penalty and the match is restarted.
2:53 PM8 months ago

Timo Werner is flagged for a penalty kick for Germany, VAR reviews it
2:49 PM8 months ago

Germany vs Romania kicks off
2:29 PM8 months ago

Germany and Romania have won all their knockout matches after scoring first, but have lost every game when they conceded the first goal.
2:29 PM8 months ago

Leroy Sané's resurgence currently represents one of the biggest talking points in Germany, having been involved in 14 goals in his last 11 appearances at club and international level (six goals and eight assists). Nicolae Stanciu scored Romania's last away goal -- he has scored his last seven club and international goals from the 50th minute onward.
2:27 PM8 months ago

Some German players were caught signing items from the fans in attendance tonight in the stands of the Volsparkstadion. 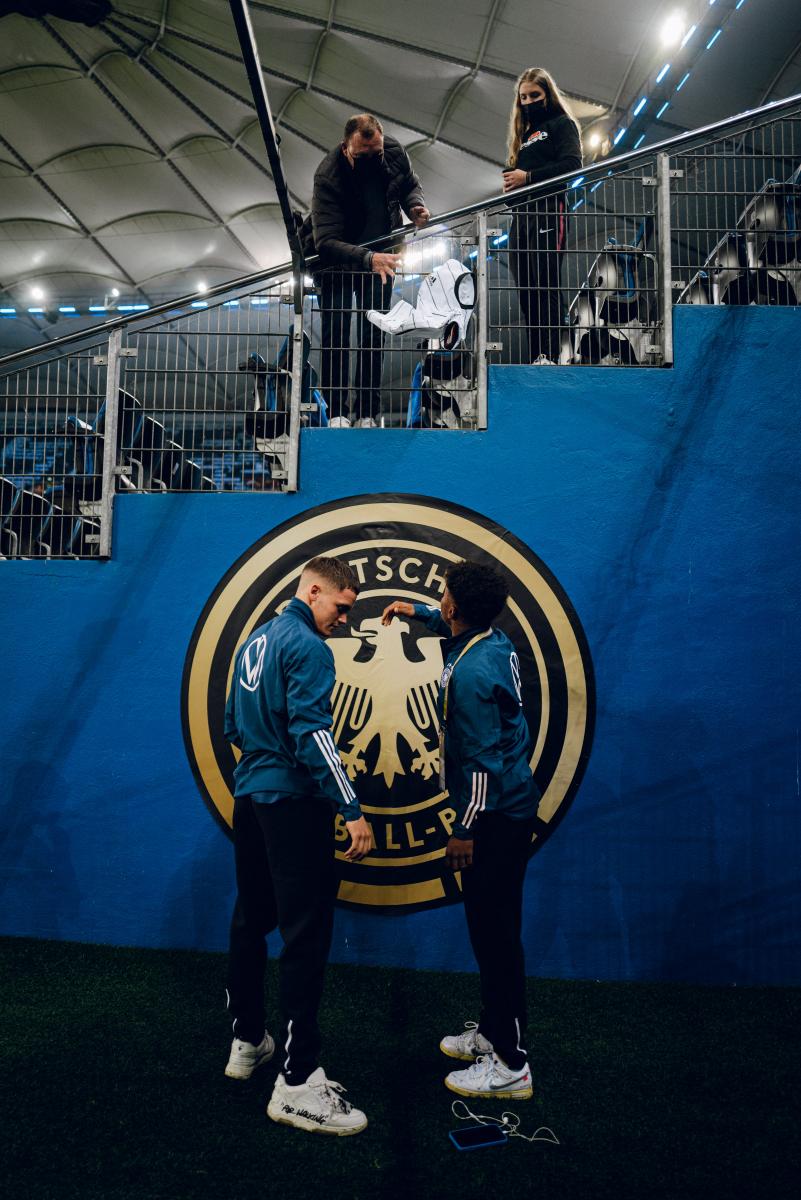 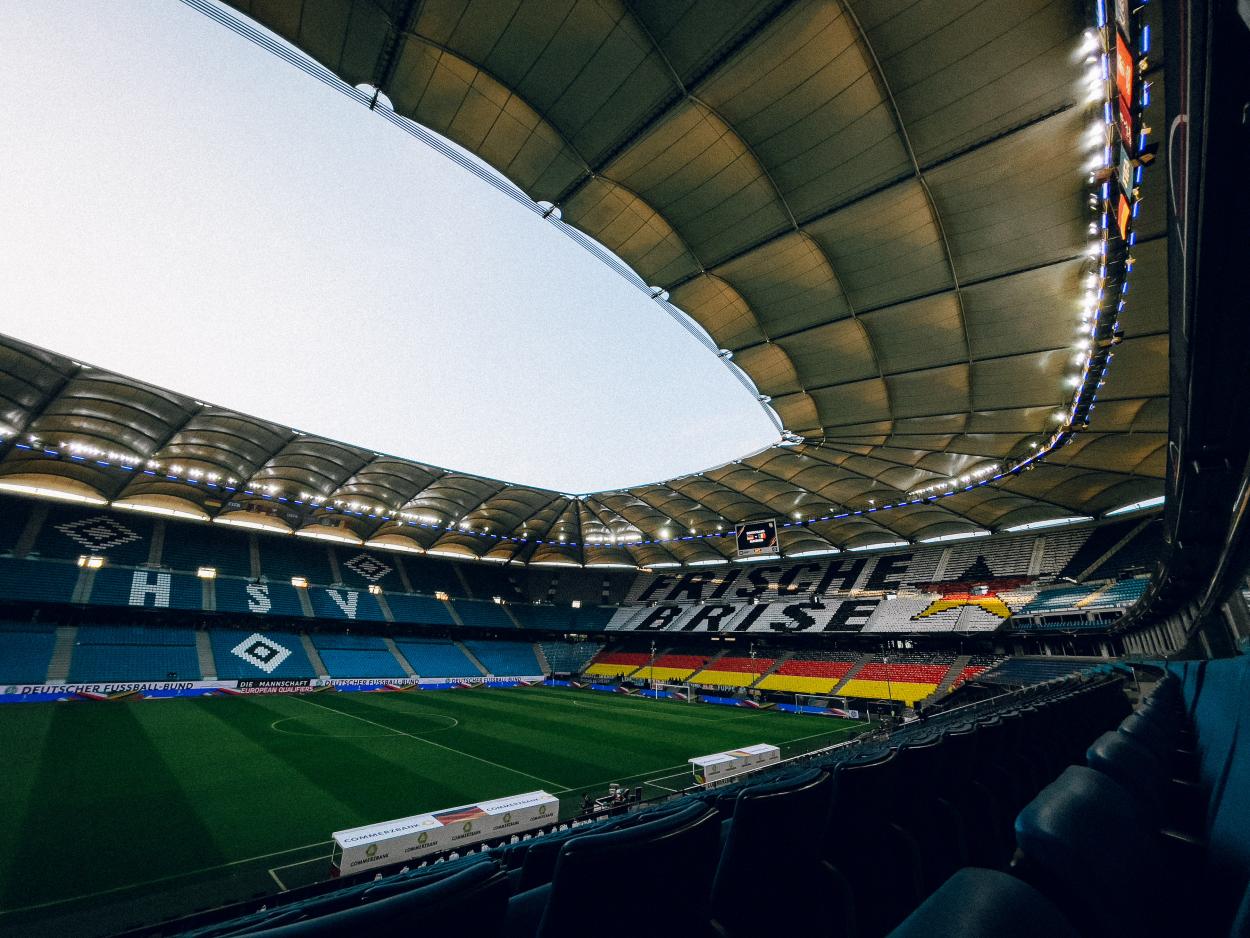 This is what the dressing room of Die Manschaft at the Imtech Arena looks like. 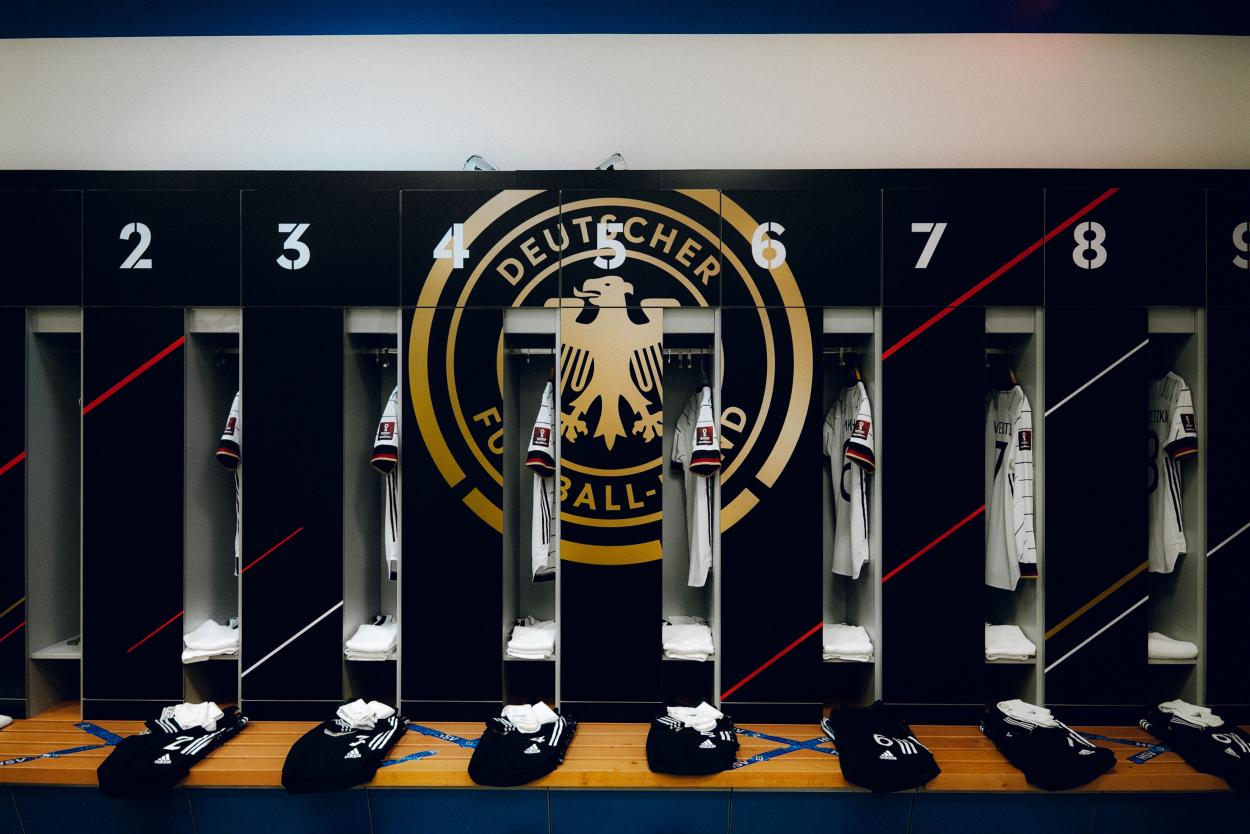 Do not miss a detail of the match Germany vs Romania live updates and commentaries of VAVEL.
1:47 PM8 months ago

How to watch Germany vs Romania Live Stream on TV and Online?

If you want to watch the game Germany vs Romania  live on TV, your options is: Sky Sports.

If you want to directly stream it: Streaming services and UEFA TV app.

This is the start time of the game Germany vs Romania of 8th October 2021 in several countries:

This is the start time of the game Germany vs Romania of 8th October 2021 in several countries:

Germany leads Group J with 15 points, five wins and one loss, seventeen goals scored and only two conceded.
In second place is Armenia with eleven points, three wins, two draws and one loss, they have scored seven goals and conceded nine.
In third place is Romania with 10 points, three wins, one draw and two defeats, with nine goals scored and six conceded. In fourth place is North Macedonia, who have won two of their six matches, drawn three and lost one, for a total of nine points. They have 11 goals scored and six conceded.
At the bottom of the standings are Iceland and Liechtenstein in fifth and sixth place, respectively. The former have just four points and have conceded 14 goals and scored only six.
At the bottom of the group is Liechtenstein with just one point, fifteen goals conceded and two goals scored. They are the only nation that has not managed to secure a win.
1:32 PM8 months ago

Imtech Arena is one of the most impressive sports stadiums in Germany. Rebuilt in 1998, it seats over 45,000 spectators and offers standing room for a further 10,000. The stadium hosted the 2006 FIFA World Cup Final and is currently the home stadium of the Hamburger SV soccer team, as well as being a great venue for major concerts. The VIP boxes are particularly good for group entertainment. The most famous match to have taken place here was the legendary 1974 FIFA World Cup match between West and East Germany. It was the first time these two teams played against each other, and to everyone's amazement, the East Germans won 1-0. 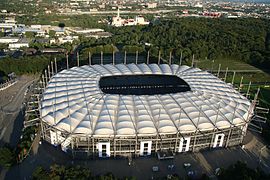 On the other hand, the Romanian team has ten points in the same matches, that is, out of eighteen points played, they have only obtained a little more than half of them and are still aiming to secure their appearance in the playoffs.
Romania 3-2 North Macedonia
Romania 0-1 Germany
Armenia 3-2 Romania
Romania 2-0 Liechestein
North Macedonia 0-0 Romania
1:12 PM8 months ago

Germany has not missed a World Cup in the last fifty years and for the Qatar 2022 edition the streak will not be broken, as in this match against Romania they may end up getting closer to qualification. Die Mannscharft have 15 points from six matches played.
Germany 3-0 Iceland
Romania 0-1 Germany
Liechstein 0-2 Germany
Germany 6-0 Armenia
Iceland 0-4 Germany
1:07 PM8 months ago