Thank you for following the Juárez vs Querétaro Liga MX Date 10 telecast.
9:59 PM8 days ago

Juarez with an extra player and Queretaro with a penalty kick could not hurt each other and ended in a draw at the border.
9:54 PM8 days ago

Pedro's half back hits the defensive wall.
9:44 PM8 days ago

Rolán's shot at the near post goes over the top of the goal.
9:34 PM8 days ago

Fernandinho has now been cautioned.
9:24 PM8 days ago

Hernández and Torres come in

Ramírez and Vera come out

Rolán's cross that Pedro Raúl fails to finish at the far post.
9:14 PM8 days ago

Sosa's long-range shot attempts to surprise Gonzalez, but the goalkeeper makes his run to save his goal.
9:09 PM8 days ago

Pedro Raúl's shot was saved by Aguerre with one hand.
8:54 PM8 days ago

Juárez's shot from outside the area goes over the top of the goal.
8:49 PM8 days ago

Fernandinho's shot hits the defense and there will be a corner kick in favor of Juárez.
8:34 PM8 days ago

A shot from half distance that easily reaches Aguerre's hands.
8:29 PM8 days ago

Rolán's shot from outside the area goes straight into the stands.
8:24 PM8 days ago

Acosta and Intriago come out

Juárez and Querétaro start the second half.

Rolán's volley is deflected and the ball ends up in the corner.
7:54 PM8 days ago

Olivera's goal was disallowed because a foul was called inside the penalty area.
7:49 PM9 days ago

González saves the penalty kick, but Olivera manages to send the ball into the back of the net on the rebound to make it 1-0.

The penalty kick will be retaken because the goalkeeper stepped forward.
7:39 PM9 days ago

He missed it. Olivera missed the penalty and, although he took it with power, Hugo González saved it with a saving hand.
7:34 PM9 days ago

The VAR and the referee, after reviewing the play, ruled a penalty kick.
7:29 PM9 days ago

One injured Querétaro player remains in the opponent's penalty area.
7:24 PM9 days ago

Garcia with a shot that hits the net on the outside of the net.
7:19 PM9 days ago

Querétaro have got into a defensive mess and Rolán's shot goes wide.
7:14 PM9 days ago

Pedro's powerful cross shot is blocked by the defense on one side.
7:09 PM9 days ago

Rolán controls at the far post and takes a shot that goes wide in a great miss.
7:04 PM9 days ago

The VAR reviews the play and decides to send off Querétaro's Jonathan dos Santos.
6:59 PM9 days ago

Now the yellow card goes to Cervantes for a clear handball that cuts off the offensive play.
6:54 PM9 days ago

Rolán was entering the area, but the goalkeeper and the defender pressured him to steal the ball and burst it.
6:49 PM9 days ago

Pedro Raúl has been cautioned early in the game.
6:44 PM9 days ago

The match between Juárez and Querétaro begins.
6:39 PM9 days ago

We are minutes away from the start of the game between Juarez and Queretaro from the border.
6:34 PM9 days ago

The Querétaro Roosters are finishing their warm-up process and will soon take the field in search of their first away victory.

This is what the Estadio Olímpico Benito Juárez looks like to host the only Liga MX game this week:

Gabriel Fernández is the top scorer for the Borderers with three goals, while for Los Gallos it is Jonathan dos Santos with just two goals.
5:59 PM9 days ago

The entire Bravos stadium has complied with the health protocol and the fans will be back for the match against Querétaro.

The pending match of Day 10 of Liga MX will take place this Friday when the in-form Bravos of Ciudad Juárez will host the Gallos Blancos of Querétaro. We begin with the coverage.
5:44 PM9 days ago

Do not miss a detail of the match with the live updates and commentaries of VAVEL. Follow along with us all the details, commentaries, analysis and lineups for this Juarez vs Queretaro match in Liga MX.
5:39 PM9 days ago

What time is Juarez vs Queretaro match for Liga MX?

This is the start time of the game Juarez vs Queretaro of 8th October in several countries:

The series has been very even in the last five matches, with the balance favoring the feathered team with a record of three wins and two defeats.

Despite no longer having the speed of yesteryear, Pablo Barrera's ability in the midfield, especially on the flanks is still vital as he has the experience and vision that could generate damage for this game. 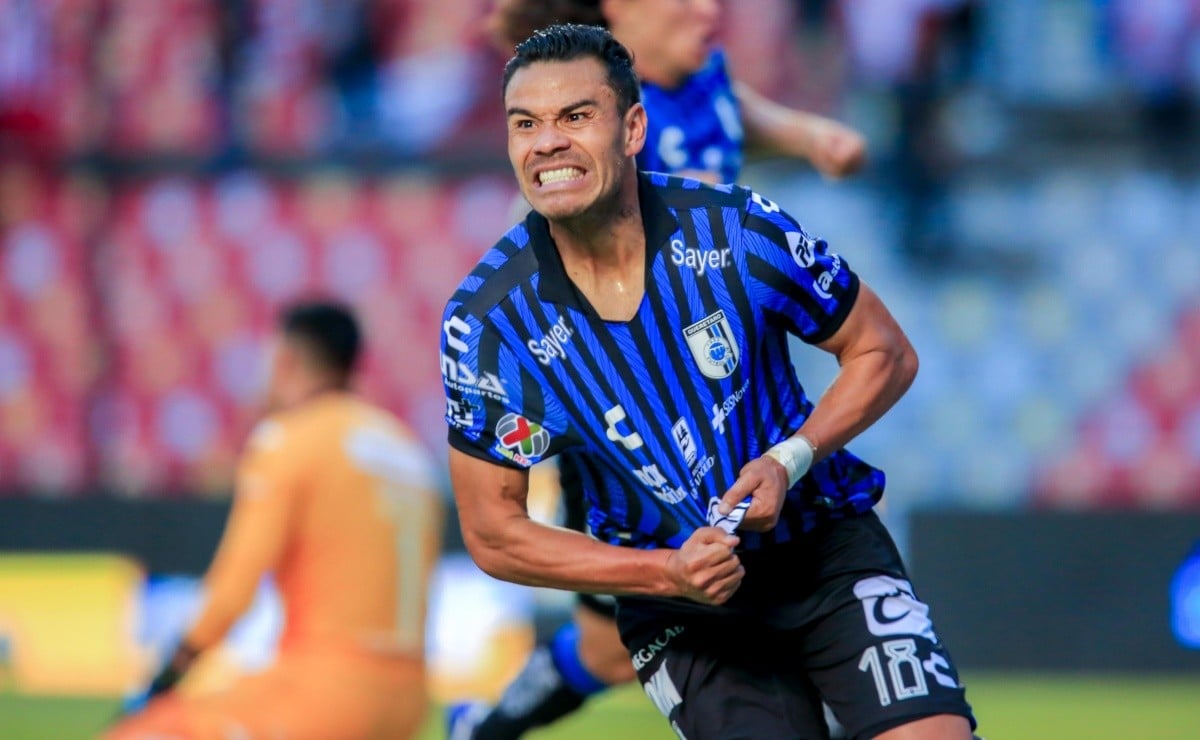 The return of Diego Rolán has been a great success for the border team, which is gradually beginning to take shape, as evidenced by last Friday's 3-1 victory over Rayados, with a goal by the South American striker. 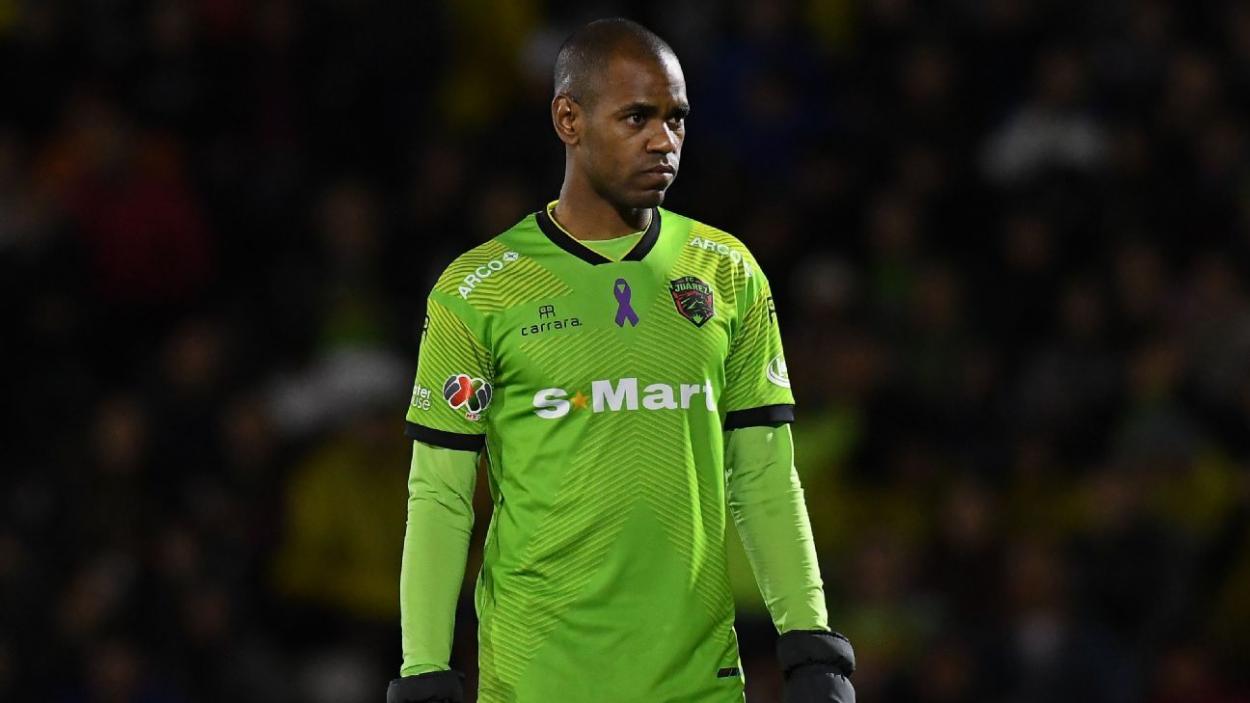 Querétaro: singing away from the Corregidora

One of Querétaro's unfinished business in recent seasons has been that they have been unable to win on the road and, this Friday, they will be looking to break that inertia after three draws and three defeats. They have just defeated Chivas Guadalajara at home by the minimum and tied last Sunday 1-1 against Toluca, where they came close to stealing the entire spoils.
5:04 PM9 days ago

The Bravos de Juárez have had a great response after a bad start to the season in which they have won four of their last five and are currently in 13th place with 14 points, with the possibility of moving up to eighth if they win at the border.
4:59 PM9 days ago

The Juarez vs Queretaro match will be played at the Olimpico Benito Juarez Stadium, in Ciudad Juarez, Mexico. The kick-off is scheduled at 8 pm ET.
4:54 PM9 days ago

Welcome to VAVEL.com’s LIVE coverage of the 2021 Liga MX: Juarez vs Queretaro!