It's over! Chile beats Venezuela and closes the day with a victory.
9:50 PMa day ago

Galdames is encouraged to shoot from distance, but the ball is deflected.
9:46 PMa day ago

Richard Celis' header, but the ball goes wide of the goal.
9:43 PMa day ago

Changes in Chile. Nicolás Díaz and Pablo Galdames are substituted by Sebastián Vegas and Diego Valdés.
9:40 PMa day ago

Goalkeeper! Aristeguieta's shot is saved by Bravo.
9:40 PMa day ago

Changes in Venezuela. Fernando Aristeguieta and Bryan Hurtado are substituted by Eric Ramírez and Darwin Machis.
9:33 PMa day ago

Goal, goal, goal for Chile! Brereton drove into Fariñez's area and shot into the goal to score the third.
9:31 PMa day ago

Meneses' cross, but the defense deflects the ball.
9:27 PMa day ago

Change in Venezuela. Eduard Bello comes off for Richard Celis.
9:19 PMa day ago

Brereton's service that ends up being rejected by Ferraresi
9:14 PMa day ago

Excellent intervention by Isla, preventing Peñaranda from taking the ball and shooting at the Chilean goal.
9:11 PMa day ago

Diego Valdés's shot, but the ball ends up hitting the post.
9:08 PMa day ago

The second half begins, Venezuela will look to score.
8:49 PMa day ago

It's over! The first half ends with the score in Venezuela's favor.
8:48 PMa day ago

Ramirez's shot, but the ball only passes close to Bravo's goal.
8:48 PMa day ago

The ball is being hotly contested, the Venezuelans are looking for the goal.
8:41 PMa day ago

Machis is encouraged to shoot at goal and the ball goes over.
8:39 PMa day ago

Erick Ramírez's shot goes over the goal.
8:28 PMa day ago

Jiménez's shot, but Fariñez saves his goal by keeping the ball.
8:26 PM2 days ago

Brereton's header, but Ferraresi deflects the ball.
8:23 PM2 days ago

Goal, goal, goal for Chile! Erick Pulgar's header goes into the back of Fariñez's net.
8:14 PM2 days ago

Gary Medel came close to scoring the first after a shot that went just wide of the goal.
8:13 PM2 days ago

The match is very hard-fought by both teams, who are looking for the opponent's goal.
8:06 PM2 days ago

The match between Chile and Venezuela gets underway.
8:06 PM2 days ago

Both teams are out on the field looking to get ready for the final match of this FIFA matchday.
7:48 PM2 days ago

The Chileans are also at home and will be looking to take all three points from this match.
7:43 PM2 days ago

The Venezuelan National Team is already at the stadium where the match against Chile will take place. 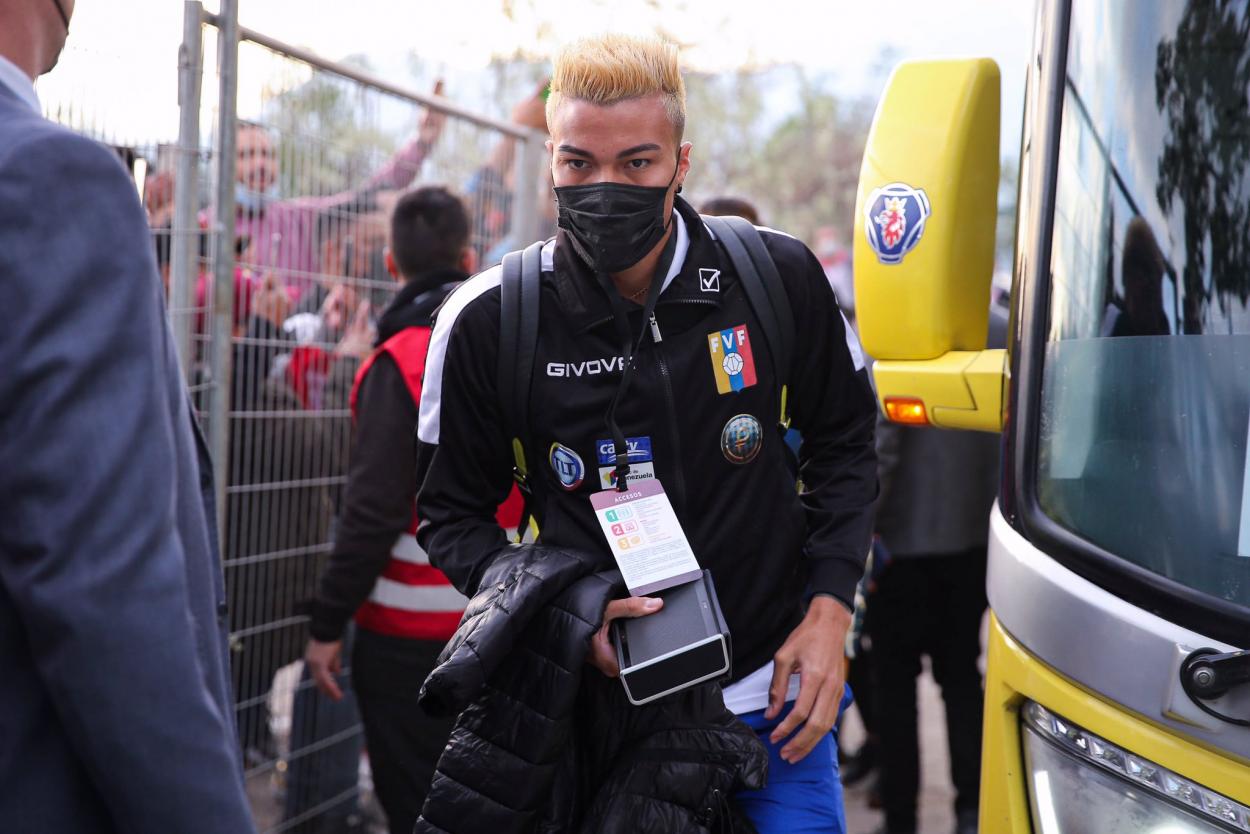 Venezuela will not be able to count on Jhon Chancellor for this match, the player has personal issues with his club and Junior Moreno has to serve his suspension for accumulation of yellow cards.
7:33 PM2 days ago

To improve their numbers

Chile comes into this game with 10 goals scored and 18 conceded, numbers it will be looking to improve this afternoon.
7:28 PM2 days ago

With the support of its people, Venezuela set off for the stadium where it will seek victory in this closing match of the FIFA matchday.

Striker Alexis Sanchez did not finish the last training session of the Chileans. Everything indicates that the player showed muscle overload.
7:18 PM2 days ago

Yeferson Soltedo will not play this afternoon against Chile, however there are two versions of his absence. The first one is from the federation itself, which argues physical discomfort; however, local journalists in Venezuela mention that he was separated for indiscipline.
7:13 PM2 days ago

Venezuela denounced that the Chilean authorities did not allow him to leave for his training yesterday. He argued on twitter that all the tests were presented and all were negative.
7:08 PM2 days ago

Stay tuned for the Chile vs Venezuela live stream.

In a few moments we will share with you the Chile vs Venezuela live starting lineups, as well as the latest information from the San Carlos de Apoquindo Stadium. Don't miss any details of the match with VAVEL's minute-by-minute live online coverage.
7:03 PM2 days ago

How to watch Chile vs Venezuela Live Stream on TV and Online?

If you want to watch the game Chile vs Venezuela live on TV, your options is: Skysports.

Leonardo González, coach of Venezuela, spoke after his team's victory: "We had been following him for a while. He had important minutes in previous matches and today, thank God, he scored a goal. He is a young kid who has to keep working, doing things well".

"In the previous triple date the team showed important things, but unfortunately with the adversities we could not get a positive result. We came to this triple date again and we played a very good match against Brazil, 70 very good minutes, and in the last minutes some lapses of concentration did not allow us to do our job as we should have done. Today, thank God there were no injuries and all the changes were managed to get a result that was important for us".

Martín Lasarte, Chile's coach, spoke after beating Paraguay: "There are matches that are similar to today's, like the ones against Brazil and Bolivia. The truth is that we are very happy because the team performed very well, defensively, in the transitions and in the goals".

"I am very satisfied and proud of the work of the boys, it is to take my hat off to them. There was an important line of motivation. I'm looking forward to seeing the issue of personal duels, Paraguay usually wins in that facet, but this time it seems to me that we did it."

"I leave happy with these three points, we think we can give the fight until the end, this does not assure anything."

"Bren Brereton is a strange phenomenon. From the sporting point of view, not to mention, but he has a special angel with the people, everyone loves him. In soccer he doesn't give anything away, I've even seen him improve technically, you can see that he has progressed in this time and that he has grown in his team".

Venezuela surprisingly won its last match against Ecuador by two goals to one, the first match in which it achieved a victory; however, Gonzalez's team is placed in the tenth position of the qualifiers' table, so in this match they will try to continue surprising. 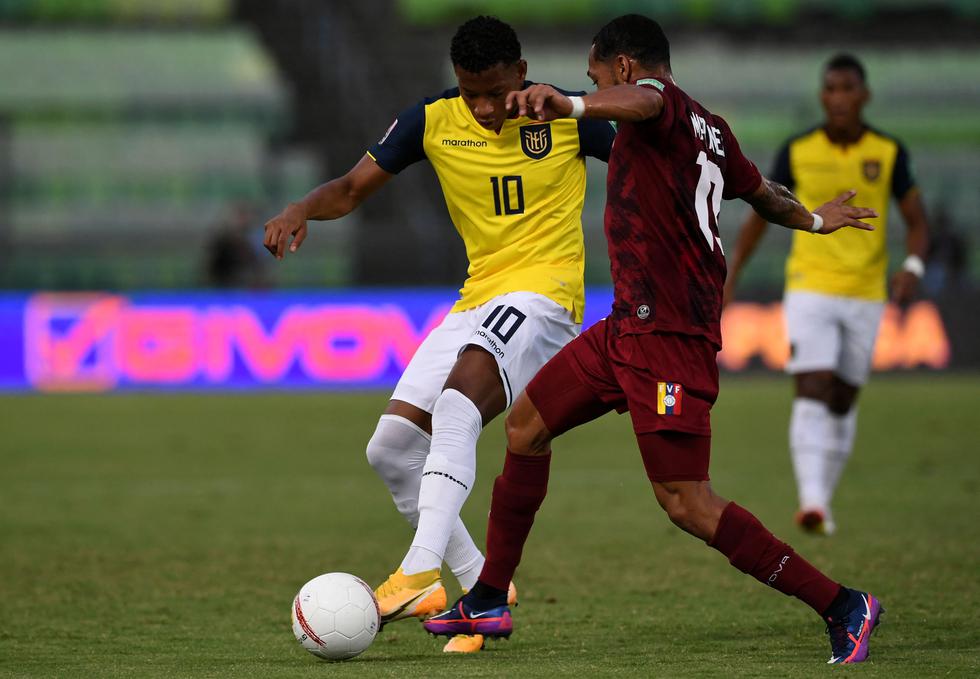 Chile arrives after defeating Paraguay by two goals to zero, however in the general table they are in eighth position, so in this match they will try to climb positions. 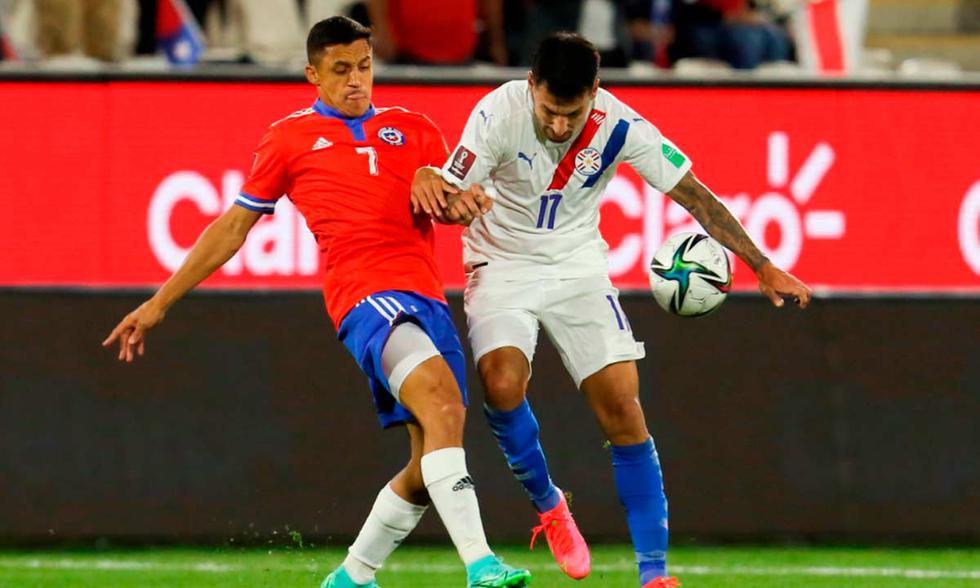 The match will be played at the San Carlos de Apoquindo Stadium.

The Chile vs Venezuela match will be played at the San Carlos de Apoquindo Stadium, located in Santiago, Chile; with capacity for 16,000 people. 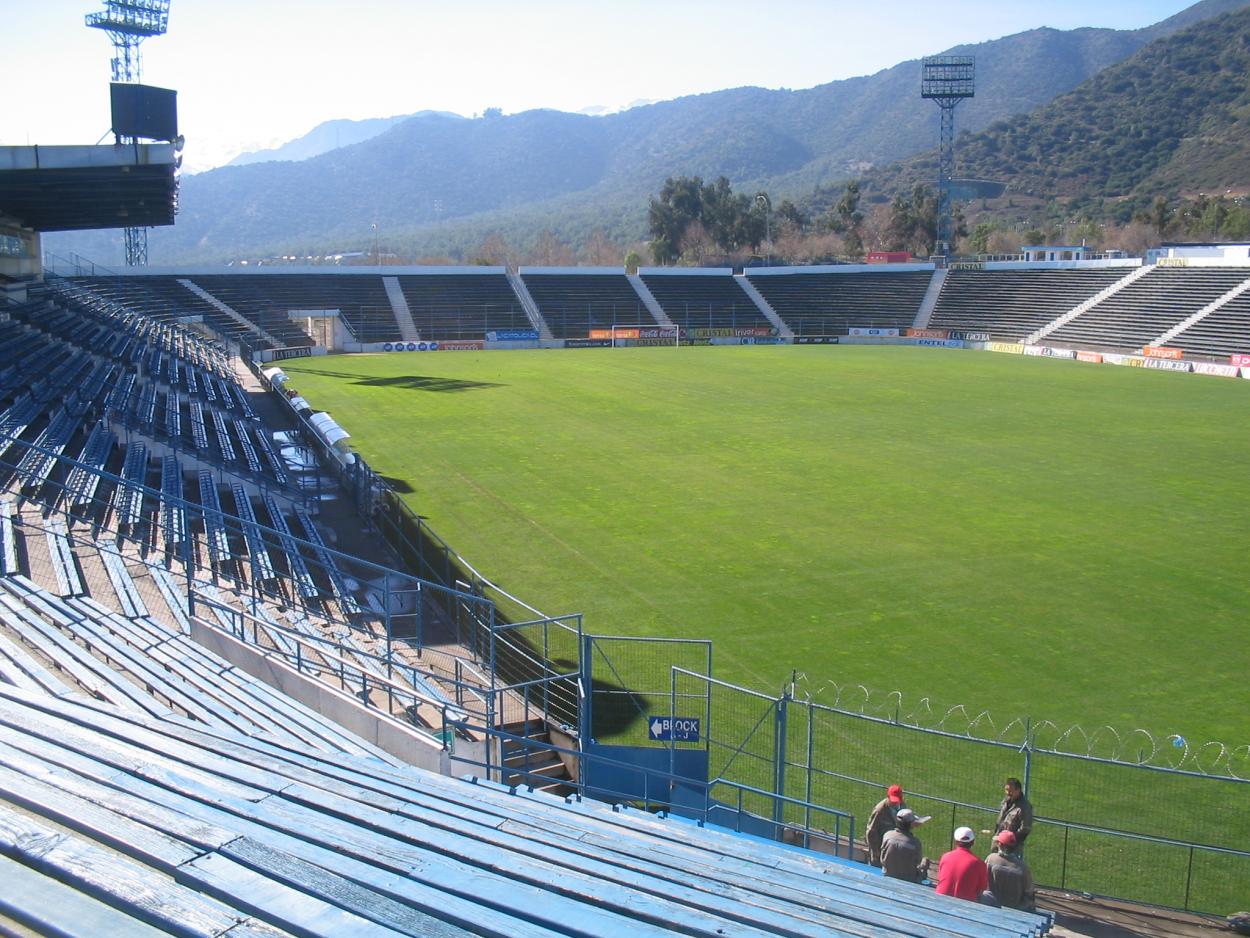 Maryland Bobcats FC vs Chicago House AC preview: How to watch, kick-off time, predicted lineups, and ones to watch 8 hours ago
//