We hope you enjoyed the Manchester City vs Burnley matchday five of the Premier League. Keep checking back on VAVEL.COM for updates throughout the day.
10:55 AM2 months ago

The match ends at the Etihad Stadium, Manchester City is placed in second place overall after getting the triumph at home and with their people.
The first half started off very tight, with chances for both teams, however, Burnley gradually faded away while Manchester City grew stronger as the minutes went by, resulting in a lead on the scoreboard.

In the second half, the Citizens continued to dominate but could not find the goal that would end the game, it was not until Kevin De Bruyne scored in the 70th minute to seal the victory for the Citizens over the visitors.

FULL-TIME | Goals from @BernardoCSilva and @DeBruyneKev seal the three points! 💪

last 10 minutes of the match! City win it at the Etihad and a comeback from the visitors looks very difficult.
10:39 AM2 months ago

That's how the second goal was scored!

This is how Manchester City's second goal was scored.

Kevin De Bruyne strikes a left-footed shot from the center of the box into the bottom left corner and into the back of the net.

Attempt blocked. Ashley Barnes (Burnley) right footed shot from the centre of the box is blocked. Assisted by Matthew Lowton with a cross.
10:17 AM2 months ago

Burnley almost surprised! Wood was heading alone towards goal but the offside flag ended the play.
10:11 AM2 months ago

Bernardo Silva tried to make it 2-0 with a left-footed shot that hit the goalpost, but the ball went wide.
10:08 AM2 months ago

The second half kicked off at the Etihad Stadium, with Pep Guardiola's team currently leading by the minimum.
9:51 AM2 months ago

End of the first half, Manchester City wins it so far by the minimum against Burnley.
9:35 AM2 months ago

WHAT MAHREZ MISSED! The right winger was all alone in the box with a clear scoring opportunity but his shot went over the crossbar.
9:28 AM2 months ago

Attempt missed. Maxwel Cornet left footed shot from the right side of the box is close, but misses the left post.
9:20 AM2 months ago

That's how the first one fell!

This is how the first goal for the citizens was scored.

CLOSE TO THE SECOND! Cancelo shot from the left but Nick Pope made a good save.
9:14 AM2 months ago

Manchester City opens the scoring with a good definition of Bernardo Silva inside the six-yard box and takes the lead on the scoreboard.

Cancelo put in a dangerous cross to the penalty spot but the Burnley defense managed to deny him correctly, however, controversy arrived at the stadium as a penalty was called for a handball inside the area.
9:06 AM2 months ago

Mahréz tried to surprise Nick Pope with a long-range shot but the English goalkeeper lies well to his left and keeps the ball.
9:05 AM2 months ago

They were calling for a penalty! Phil Foden receives inside the box but falls into it and the citizens were asking for a penalty, however, the central defender continued with the actions.
9:02 AM2 months ago

The ball rolls from the Etihad Stadium, Manchester City receives Burnley looking to leave home with the three points.
8:50 AM2 months ago

In a couple of minutes we begin with the broadcast of the match: Manchester City vs Burnley, match corresponding to date 8 of the Premier League from the Etihad Stadium.
8:42 AM2 months ago

How did they fare in the last match they played against each other?

I've given flowers to their opponents!

"Burnley have been in the same situation many, many times and they always survive - why? Because they don't give up. That's why Sean Dyche is an excellent coach," Guardiola told a press conference.

"I am a great admirer. Always true to his principles. That's why he has been with the team as long as he has and has a new multi-year contract ahead of him," the Spaniard said of his great admiration for Dyche.

For this match, the team coached by Pep Guardiola will be without Ferran Torres, due to injury. Gabriel Jesus and Ederson, who were in the Brazil-Uruguay qualifier on Thursday, will also be absent.

I hope they can be back against Brugge in the Champions League," Guardiola told a press conference ahead of Tuesday's clash in European competition.

How is Manchester City coming?

Regarding Manchester City and their home results, they have won twice and drawn once in three games played so far, making them a very difficult team to beat when playing at their stadium. On the other hand, Burnley have been defeated twice in their three games played, which are figures that do not give an overly optimistic balance for the match against Manchester City.
8:17 AM2 months ago

How are Burnley coming along?

On the away side, Burnley had to settle for a 0-0 draw against Norwich City during the last game, so they come into the match with the illusion of recovering points that were left on the road. So far, of the team's seven Premier League matches, they have won zero of them with five goals scored and 11 conceded.
8:07 AM2 months ago

This is how City will go out! 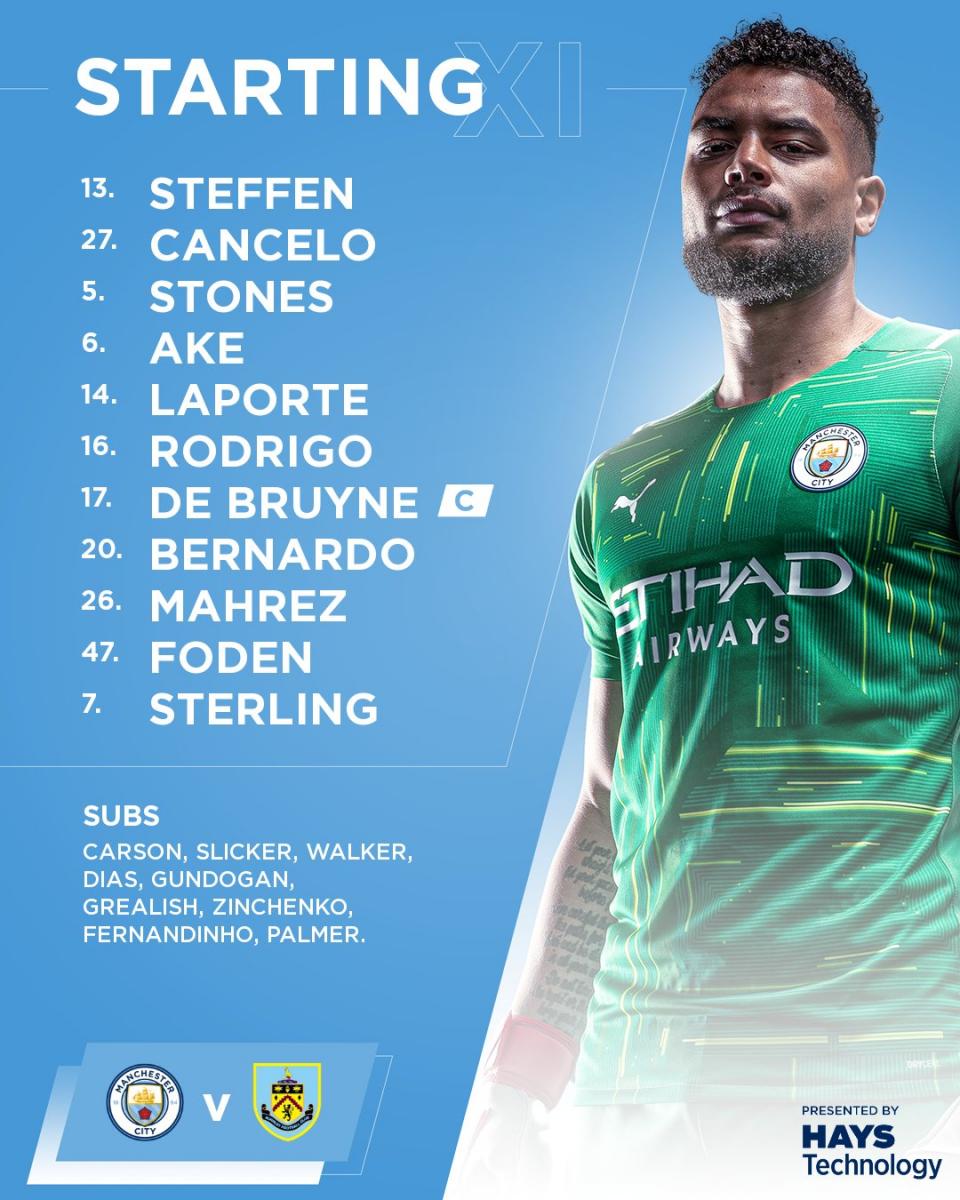 Pep Guardiola's men are already at the Etihad Stadium to face Burnley. The current Premier League champions will be looking for the three points today.

Let's get to it! 💪#ManCity pic.twitter.com/bfRnVNh3Ax

Manchester City enter the eighth matchday of the competition hosting Burnley this Saturday at the Etihad Stadium looking to improve their position after drawing the last match against Liverpool. Since the start of the competition, the home side have won four of their seven Premier League games to date, scoring 14 goals and conceding three.
8:01 AM2 months ago

No more waiting, today the Premier League returns to the Etihad Stadium with the duel between the Citizens and the Vinotinos. On the one hand, the locals are at the top of the table looking to continue shortening the road to the leadership and position themselves first overall, while Burnley will seek to do the feat by taking the three points away and be able to move away from the bottom of the general as it is currently in relegation positions.
2:48 PM2 months ago

Do not miss a detail of the match with the live updates and commentaries of VAVEL. Follow along with us all the details, commentaries, analysis and lineups for this Manchester City vs Burnley match.
2:43 PM2 months ago

What time is Manchester City vs Burnley match for Premier League?

This is the start time of the game Manchester City vs Burnley of 9th October in several countries:

From England to the world, Nick Pope will be the player to watch for this match. From 2016 onwards, the Englishman has played 10,044 minutes with the vinotinto jersey in which he has become an authentic reference under the three posts with 133 saves and 39 clean sheets, he also has 112 appearances in Burnley's starting lineup. Also, on 5 occasions he has received the yellow card and only once he was sent off with a straight red card, Pope could be the unbalancing factor that puts the balance in favor of the visiting team. 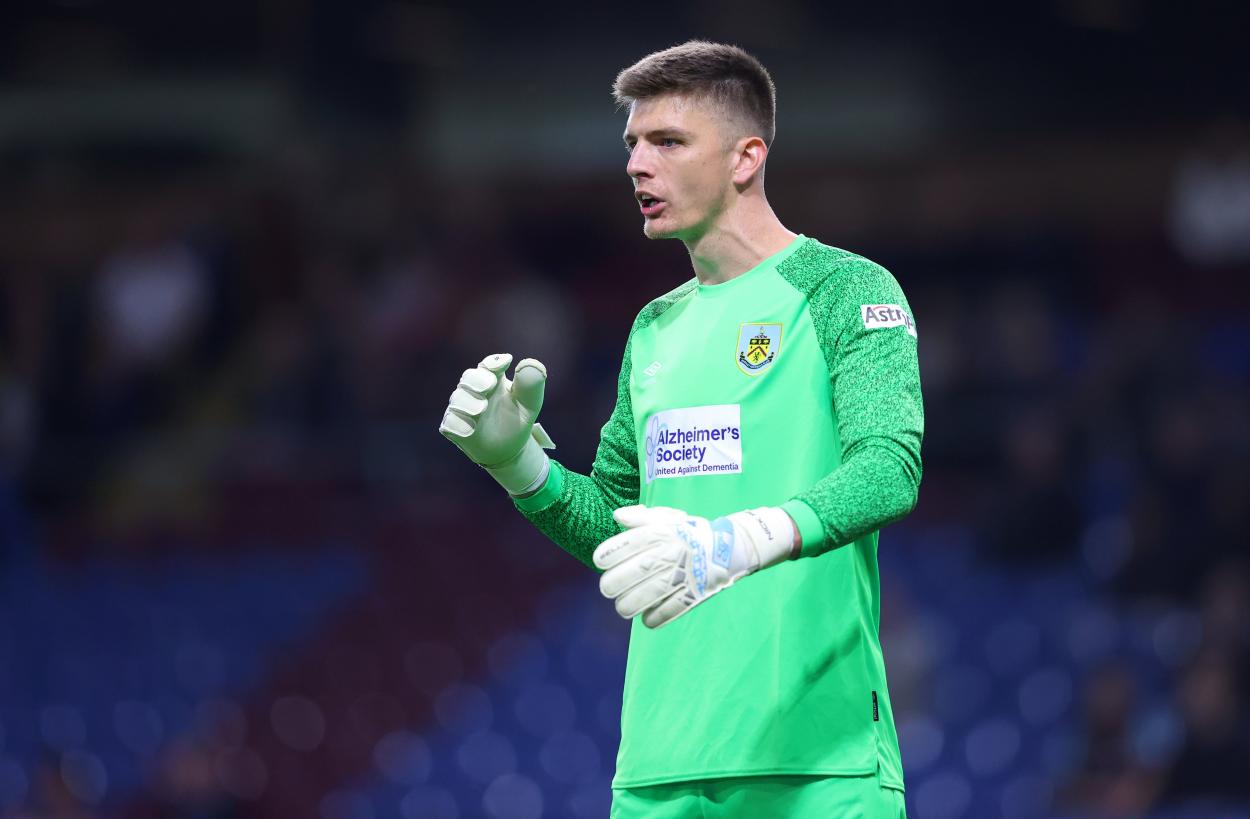 Joao Cancelo has become one of the fundamental pieces in Pep Guardiola's possession, the right-back has gone from strength to strength since his arrival in the Premier League being an undisputed starter and increasing much more and much more his value in the transfer market. Last season he was selected in the best eleven of the English league where he stood out for playing 28 games as a starter, scoring 2 goals and contributing with 3 assists, also, he is one of the most experienced figures of the Portuguese national team so for this match, Cancelo will be the player to follow for the possible problems he could cause Tottenham when attacking. 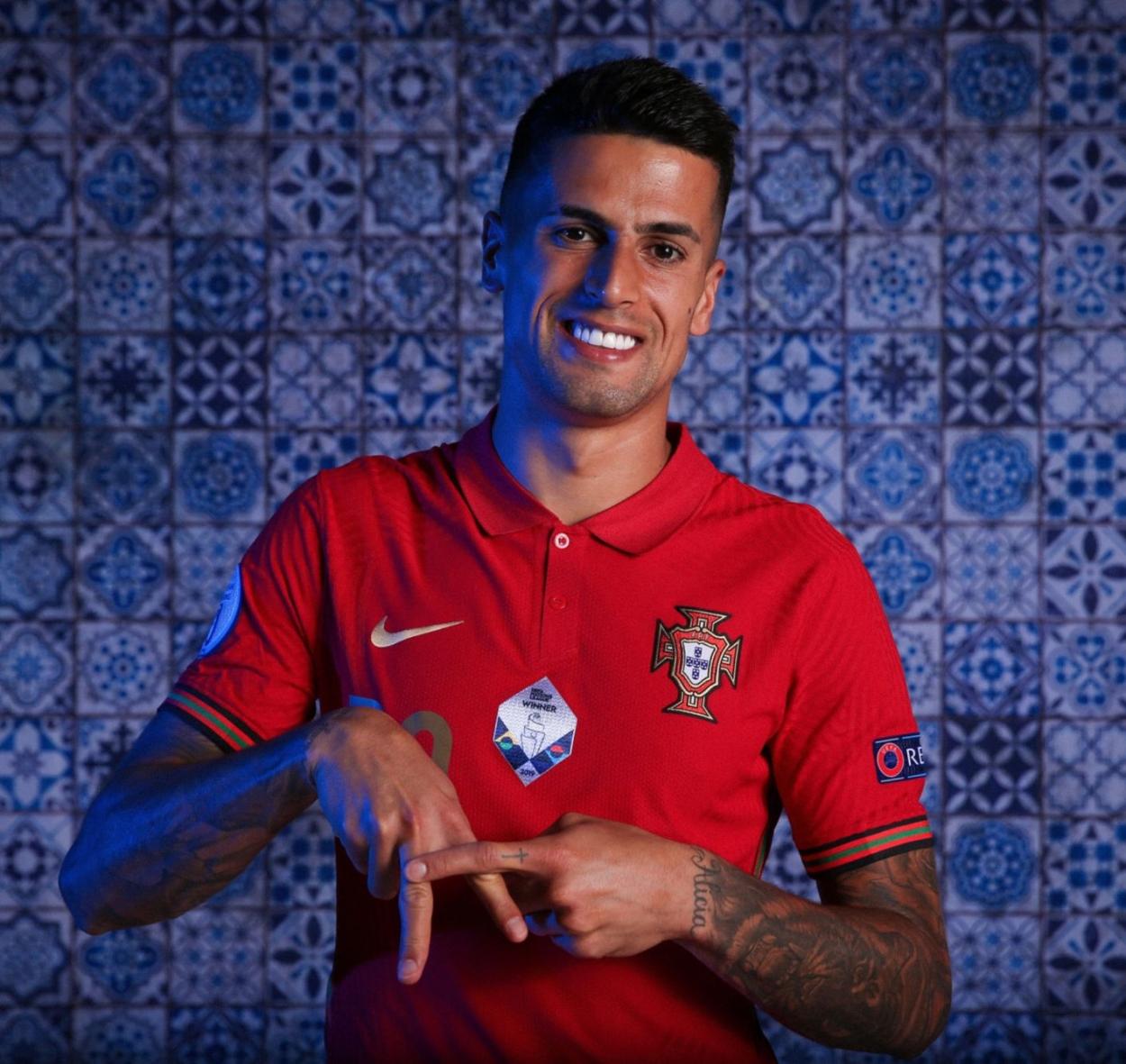 Citizens and Vinotintos have met a total of 105 times (51 wins for Manchester City, 24 draws and 30 wins for Burnley) where the scales are tipped by a wide margin in favor of the team led by Pep Guardiola. Similarly, it is the current champions who have the advantage in goals scored as the balance is in their favor with 210 goals while the visitors have 134. Their last meeting dates from the 22nd matchday of the 2020-21 season where Burnley lost to Manchester City by a score of 0-2.
2:13 PM2 months ago

For this match, Anthony Taylor will be the central referee, accompanied by Gary Beswick and Adam Nunn as assistants 1 and 2 respectively, and Craig Pawson will be the fourth referee. In the VAR, referees Stuart Attwell and Constantine Hatzidakis will be in charge of monitoring any dubious play inside the box or that merits a red card.
2:08 PM2 months ago

For their part, Burnley are at the bottom of the table with 3 points, which places them in 18th place overall, the result of 3 draws and 4 defeats so far this season. However, despite the poor results obtained at the beginning of the season, they are not sunk in the last place, as Newcastle and Norwich are below them and at risk of going to the silver division. With a win they could move up places and gradually move away from the relegation drama zone.

In search of the lead

The Citizens have had a great start to the tournament with 4 wins, 2 draws and a loss that keeps them with 14 points out of a possible 21 in 3rd place overall, however, they were not the only ones who started the championship with great intensity as Liverpool and Chelsea have managed to complicate the leadership of the Premier as they have been placed ahead of them. Likewise, they are in high spirits because in the last game they gave a lesson on how to play soccer in a thrilling 2-2 game against Liverpool, a match where Pep's pupils showed that they have the level and the squad to fight for the championship this season.

The boys are back! 🤩🙌#ManCity pic.twitter.com/znMHD1Jpvy

The eighth date of the Premier League will bring us a clash of realities when Manchester City receives Burnley at the Etihad Stadium, on the one hand, the pupils led by Pep Guardiola are in third place in the Premier League with 14 points, however, the tight competition at the top against Chelsea and Liverpool, who are league leaders. On the other side, Burnley are in 18th position with 3 points so far this season and have only managed to get a draw, so facing City will be a difficult but not impossible mission.
1:53 PM2 months ago

The Manchester City vs Burnley match will be played at the Etihad Stadium, in Manchester, England. The kick-off is scheduled at 10:00 am ET.
1:48 PM2 months ago

Welcome to VAVEL.com’s LIVE coverage of the 2021 Premier League: Manchester City vs Burnley!