The match is over! Great win for Dorados, who clings to the first place in the general table of the Expansion League.
10:54 PM2 months ago

The added time is played at Estadio Banorte.
10:49 PM2 months ago

Out of desperation, Raya2 fell into Dorados' game and accumulated two cards in the final minutes of the match.
10:44 PM2 months ago

Dorados goal! The home side already put the fourth, which looks like the nail in the coffin for the visitors.
10:39 PM2 months ago

Dorados must be careful because they already have three yellow cards, and a lack of concentration could leave them with one less player on the field.
10:34 PM2 months ago

Raya2 wastes the opportunities it has pre-fabricated and does not put the opponent's goal in danger.
10:29 PM2 months ago

Both teams try to move the ball quickly in order to generate dangerous plays, but make mistakes.
10:24 PM2 months ago

The second half began

Dorados seeks to maintain the lead in order to win.

The first half is over! A comfortable victory for the Aurinegros, who kept trying throughout the match.
10:09 PM2 months ago

The last minutes are already being played. Defensive errors made the game currently have four touchdowns.
10:04 PM2 months ago

What a feast for the aurinegro! The visiting defense is a loaf of bread and they were already surprised with the third goal of the home team. Dorados is winning the game on the wing against Raya2's team.
9:59 PM2 months ago

Zuñiga scores a goal that wakes up the fish tank. Dorados again takes the lead by beating the goalkeeper alone, the opponent's defense falls asleep on the two goals of the black-and-white team.
9:54 PM2 months ago

In a dangerous play, Zuñiga tried to turn but his shot was off target and he missed the chance.
9:49 PM2 months ago

Goal by Raya2! We had been warning about the danger of the visitors and they scored the equalizer at Estadio Banorte.
9:44 PM2 months ago

Despite the goal, the visitors continued to dominate the flanks and create danger on the field.
9:39 PM2 months ago

Goal by Dorados de Sinaloa! The locals are already in front with a nice goal that the Sinaloans were putting together.
9:34 PM2 months ago

In the first few minutes of the match, the visitors dominated the game, and a couple of interventions by the home goalkeeper kept the game tied in Sinaloa.
9:29 PM2 months ago

Dorados tried to surprise their opponents by breaking free, but Raya2's defense did a good job at the time.
9:24 PM2 months ago

Raya2 already had the first shot saved, from a corner kick, but the young local goalkeeper was attentive.
9:19 PM2 months ago

The match kicks off at the Banorte!

Dorados de Sinaloa and Raya2 for the three points.

Of the 11 rounds that have been played in the Expansion League this season, the Sinaloa team has finished first in the overall standings in 6 of them. A great match full of goals is expected. 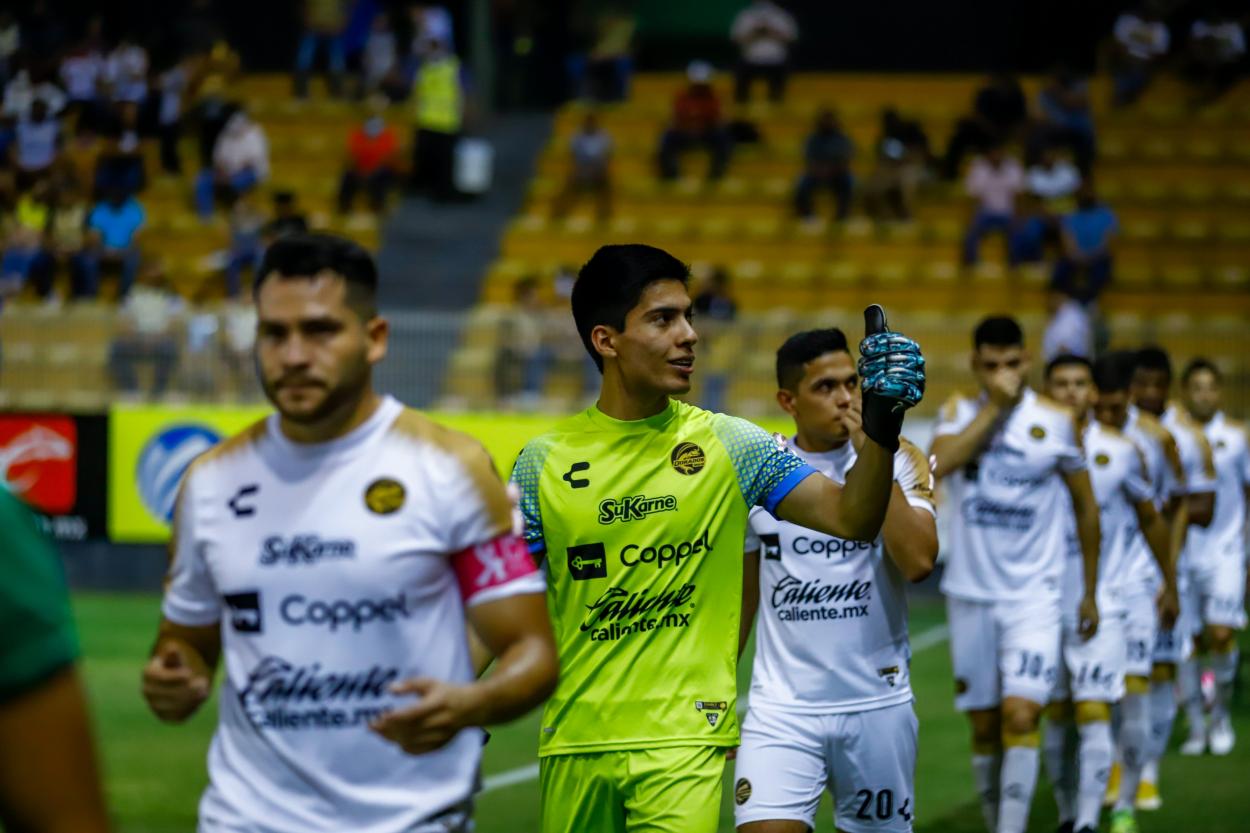 This is how Raya2's painting warmed up!

They are going for the victory that will make them move up in the general table.

Everything ready from the field for the match. 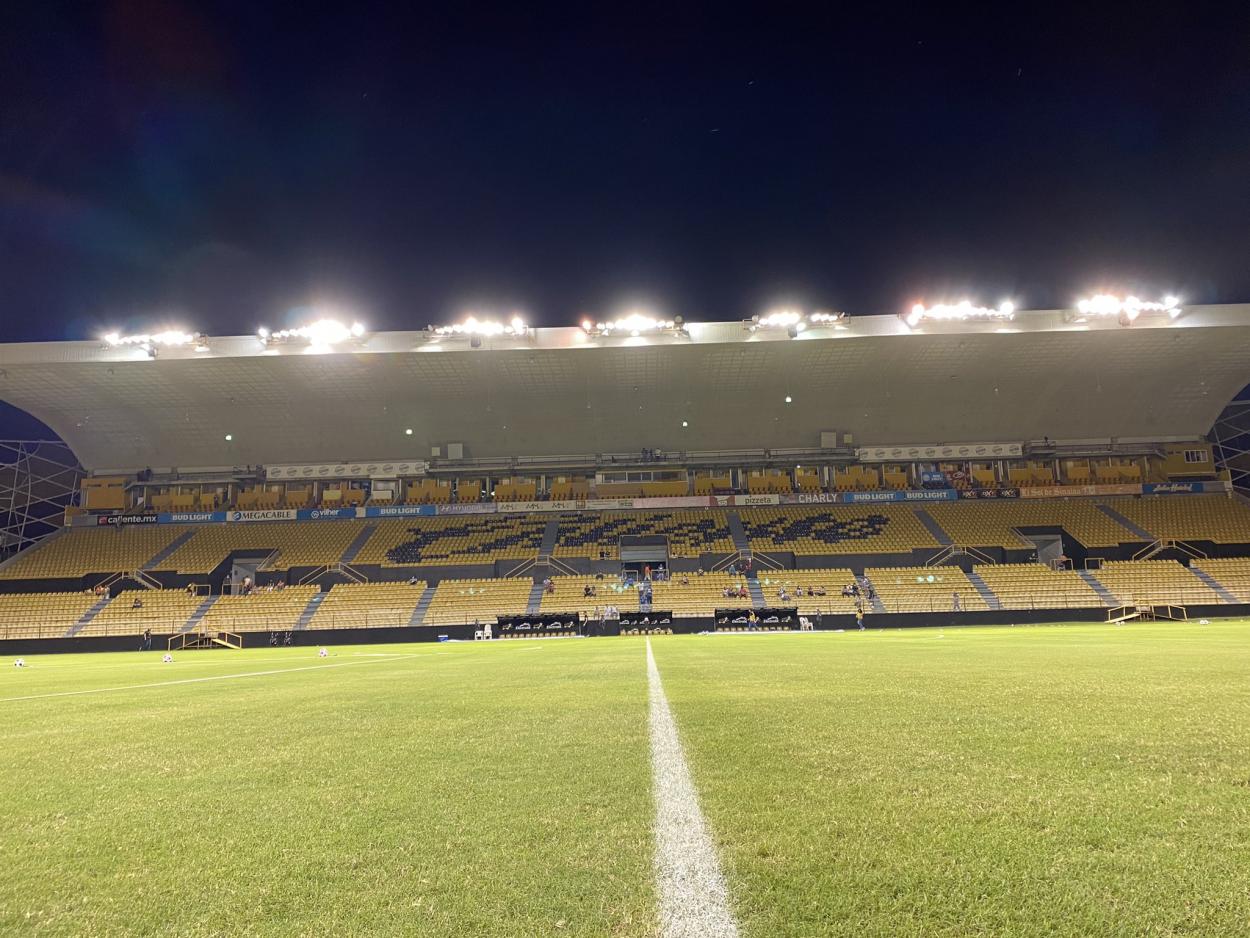 This is how the Raya2 painting arrived!

The visitors are already present in Sinaloa. 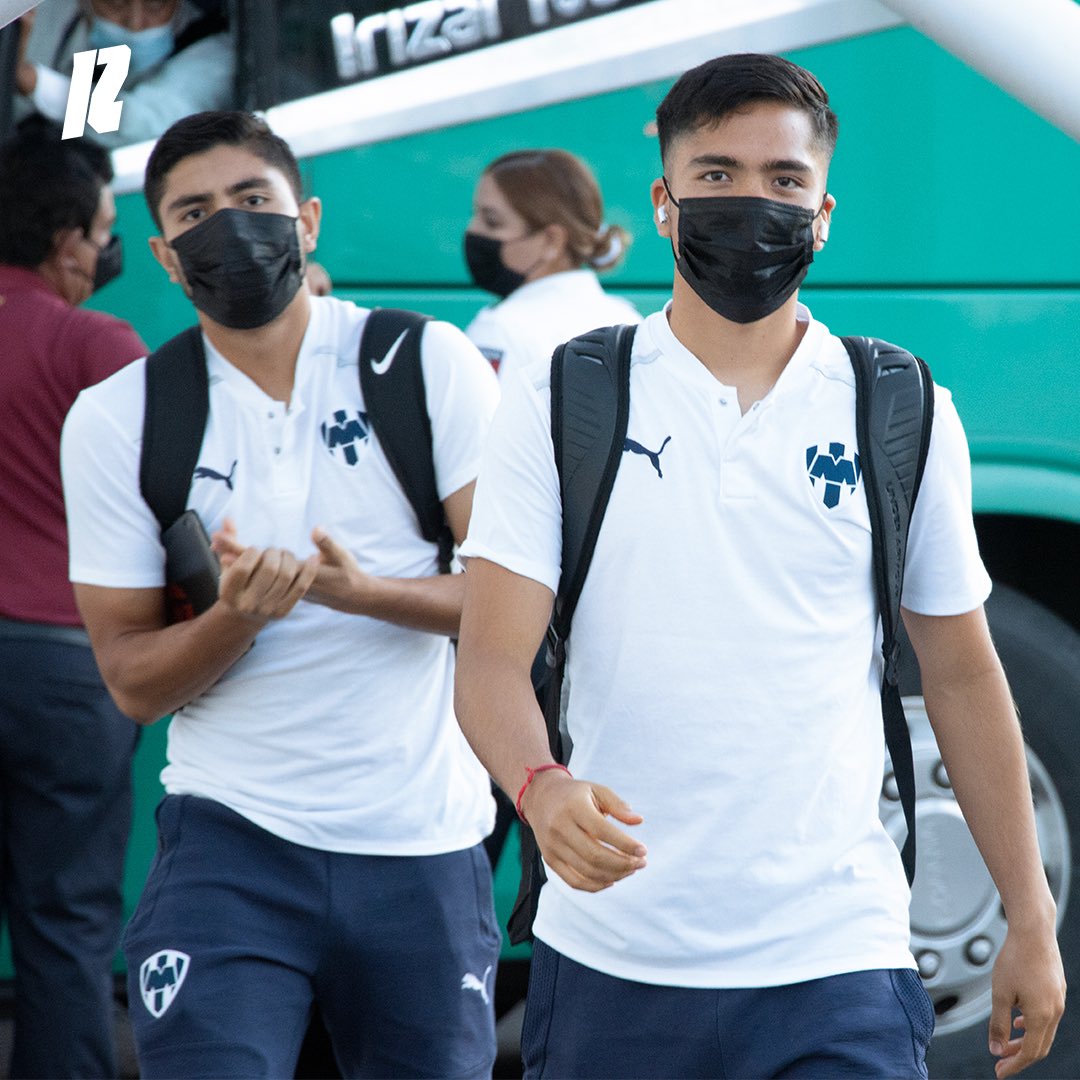 The locals are already at Mexico's largest fishbowl, ready to receive the 12th date of the Expansion League championship.

This will be the first time that Dorados de Sinaloa and Raya2 will face each other on the field. The most similar duel between the Sinaloa team was the one they had against Monterrey's first team when the "Gran Pez" played in the Mexican first division.
8:34 PM2 months ago

Do not miss a detail of the match with the live updates and commentaries of VAVEL. Follow along with us all the details, commentaries, analysis and lineups for this Dorados vs Raya2 match in Liga Expansion.
8:29 PM2 months ago

What time is Dorados vs Raya2 match for Liga Expansion?

This is the start time of the game Dorados vs Raya2 of 15th October in several countries:

Luis "Pipe" López is in charge of the Dorados de Sinaloa team, with his young age (21 years old), for the Mexican goalkeeper it is essential to continue gaining experience in a league where most of the goalkeepers are older. One of the characteristics of the Sinaloa representative is his play in the penalty area. 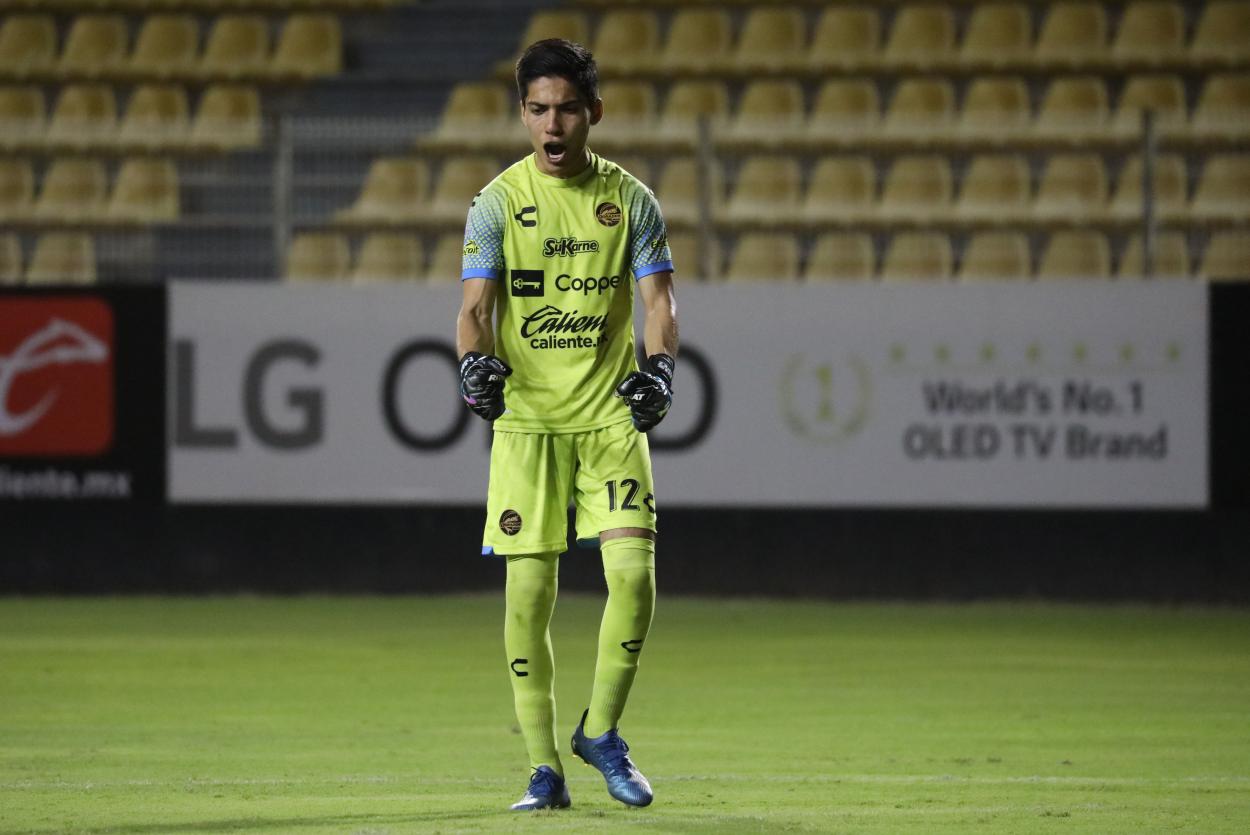 Humberto Suazo, who has already made his debut in the Expansion League with a goal in the last few days, will want to continue adding victories in the division. For the 40-year-old veteran, these could be his last matches in his soccer career, so it will be essential to enjoy the remaining matches and play good soccer. 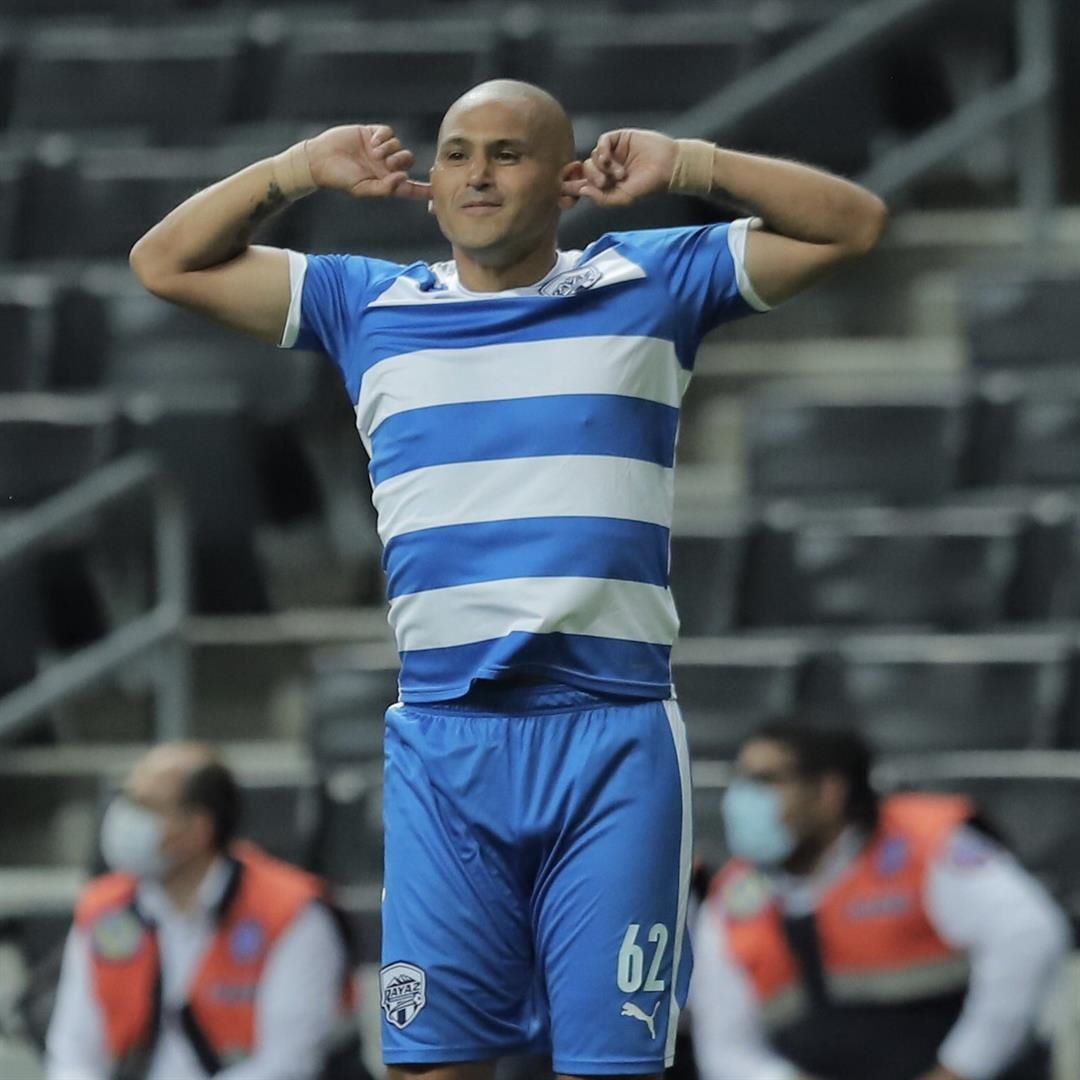 Dorados: A fish with its fins up high

The Dorados team knows that the good tournament they are having is a symbol of the good team they are achieving in the dressing room, which is why keeping the lead will be fundamental in their aspirations for the final stretch of the tournament that awards an extra distinction for that position. As for the other teams, the overall standings are getting tighter and no one will want to give up points in the Expansion pack. 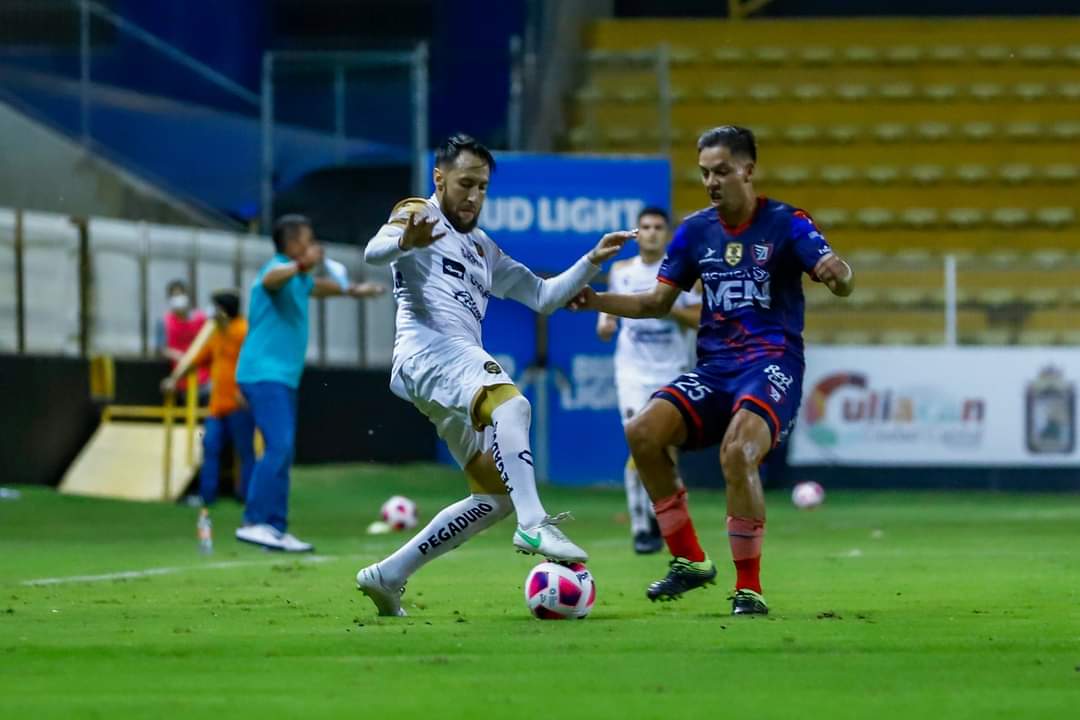 The Nuevo Leon team has had an uneven start to the current campaign with four wins, four draws and three defeats. The arrival of Humberto Suazo injected another idea into the Monterrey squad that has them quite motivated to get good results in the Expansion League. 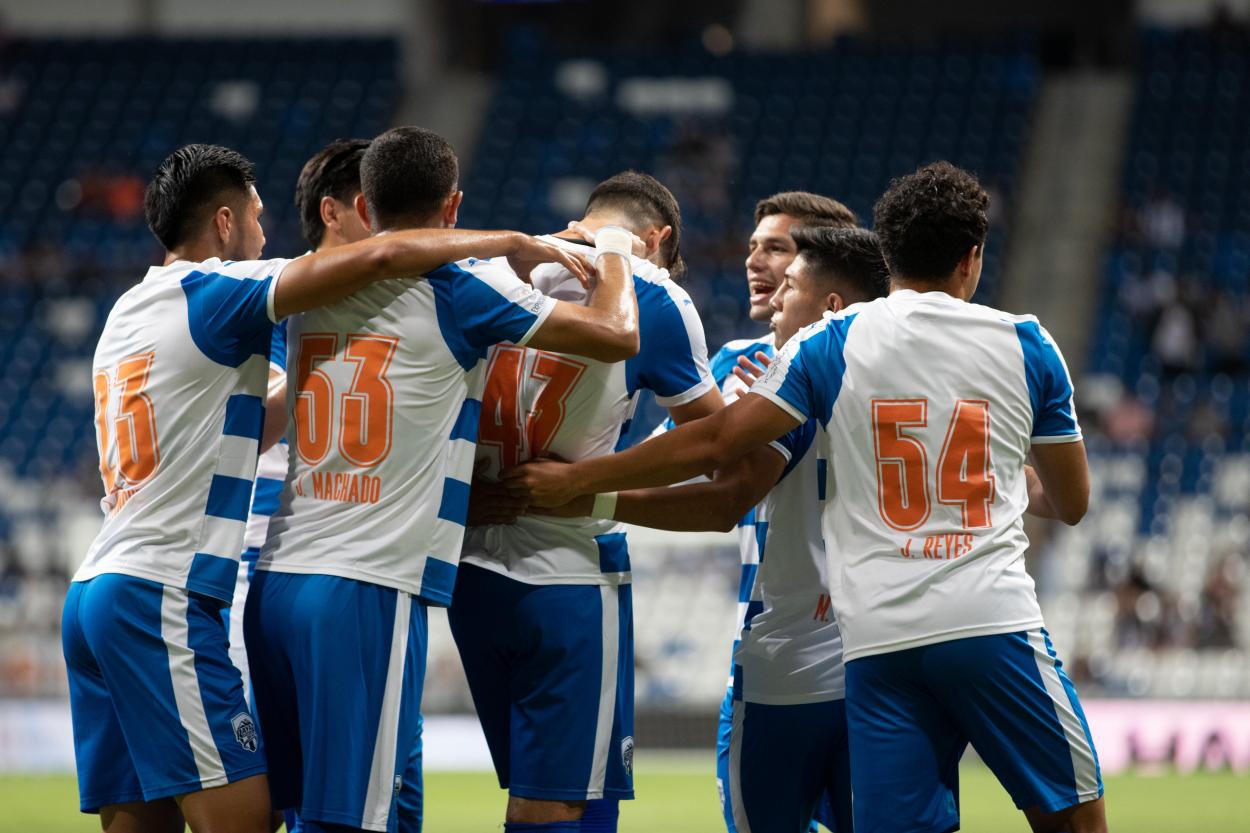 The Dorados de Sinaloa vs Raya2 match will be played at the Dorados Stadium, in Sinaloa, Mexico. The kick-off is scheduled at 10 pm ET.
7:49 PM2 months ago

Welcome to VAVEL.com’s LIVE coverage of the 2021 Liga MX: Dorados vs Raya2!

My name is Claudio Amelco and I will be your host for this game. We will provide you with pre-game analysis, roster updates, and news as it happens live here on VAVEL USA.