Thanks for following this match on VAVEL USA. Until the next time!
3:59 PMa month ago

On the following matchday, Barcelona will host Real Madrid while Valencia will do the same with Mallorca.
3:52 PMa month ago

The referee adds three minutes to the match.
3:50 PMa month ago

Barcelona: Dest is out and Sergio Agüero is in.
3:47 PMa month ago

Piqué! Soler's cross into the area on the end line where Piqué deflects to prevent the equalizer.
3:34 PMa month ago

Valencia: Guedes and Foulquier leave the field; Cherysev and Musah enter the field.
3:32 PMa month ago

Cillessen deflects the ball away from De Jong's cross from the left!
3:22 PMa month ago

Yellow card for Foulquier after a foul on Gavi.
3:21 PMa month ago

GUEDES! Great save by Ter Stegen that prevented the second goal after a shot by Guedes.
3:15 PMa month ago

SOLER! A shot from the Valencian inside the area that hits the post.
3:11 PMa month ago

Ansu Fati! Great save by the goalkeeper where after a series of passes in the area, Cillisen deflects to prevent the third.
3:04 PMa month ago

The second half starts!
2:47 PMa month ago

The referee awards a penalty kick to Barcelona.
2:40 PMa month ago

Ansu Fati! A cross into the area where Ansu Fati was looking to close the pincer.
2:32 PMa month ago

In the first half hour of the match, Barcelona continued to attack the opponent's area.
2:20 PMa month ago

Yellow card for Gavi for a foul on Soler.
2:17 PMa month ago

This was Barcelona's goal

The medical assistants come in to attend to Soler.
2:13 PMa month ago

GAYA FROM THE DISTANCE!

Close to an equalizer! A cross into the area where Dest was looking to close the gap, but Gayá got across correctly to deflect for a corner kick.
2:07 PMa month ago

The return of Ansu Fati

11 months and 10 days later, Ansu Fati is back in the starting lineup for FC Barcelona and will see minutes today against Valencia.

We are just minutes away from kick-off at Camp Nou Stadium. The players finish warming up and head to the dressing room. 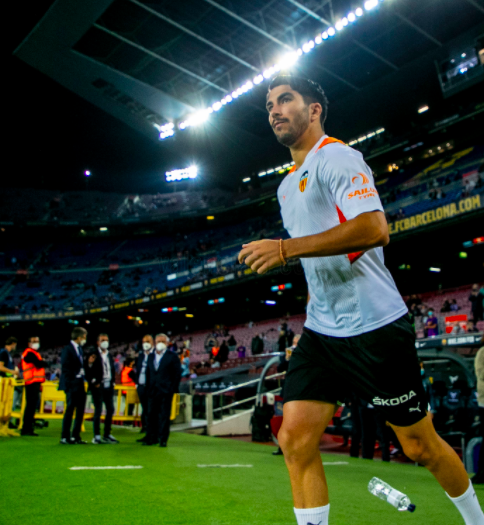 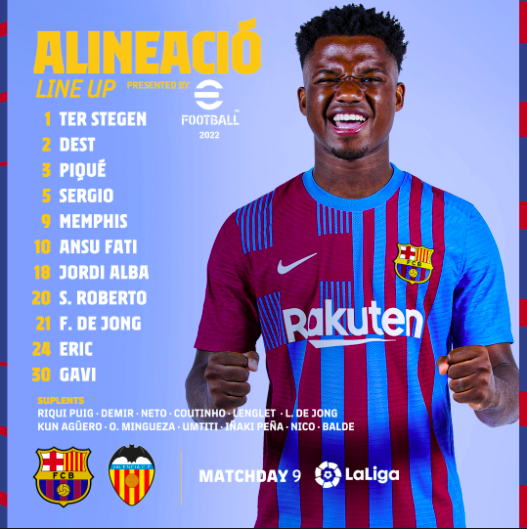 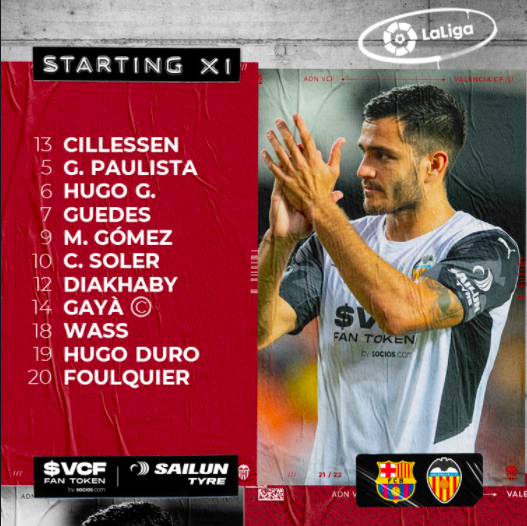 This is what the Camp Nou Stadium looks like minutes before kick-off. The fans begin to applaud Ansu Fati while both teams are on the pitch doing warm-up exercises. 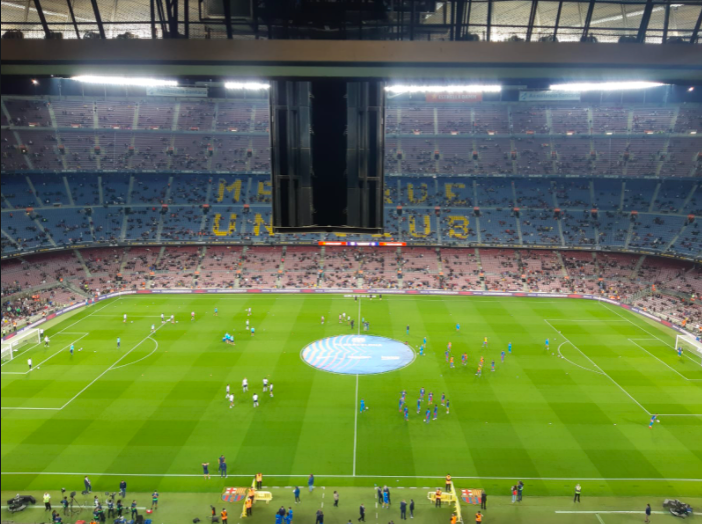 On the other hand, the Koeman-led squad has options for today's game such as the return of Ansu Fati and the league debut of Kun Agüero, both of whom were injured and are just making progress in their recovery.
1:29 PMa month ago

The Valencians have several important absentees such as Thierry Correia, Toni Lato, Cristiano Piccini. In addition, Carlos Soler, the current scorer of the club, is doubtful as well as Denis Cheryshev. José Gayá, who is expected to return, can occupy the left back position.
1:27 PMa month ago

Valencia have not been able to win at Camp Nou since 2016. On that last occasion, the Valencians won at the home of Barcelona by a score of 1-2 with an own goal by Rakitic and a goal by Santi Mina.
1:19 PMa month ago

With the respective sanitary measures, both teams are already at the Camp Nou Stadium to play this afternoon's match corresponding to the 9th matchday of LaLiga. 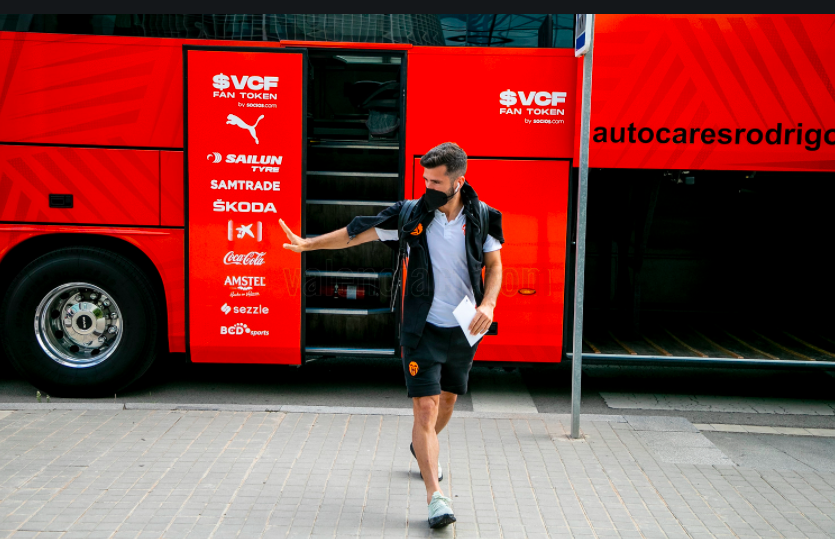 The statistics of the last five meetings between these two teams are very even. Two wins for Barcelona, two draws and only one win for Valencia. In the most recent meeting, the azulgrana won the away game by a score of 2-3.
1:10 PMa month ago

The Camp Nou Stadium hosts the soccer matches of FC Barcelona's first team since September 1957 and is located in the city of Barcelona, Spain. It has a capacity of 99,354 people and is currently the largest stadium in Europe. 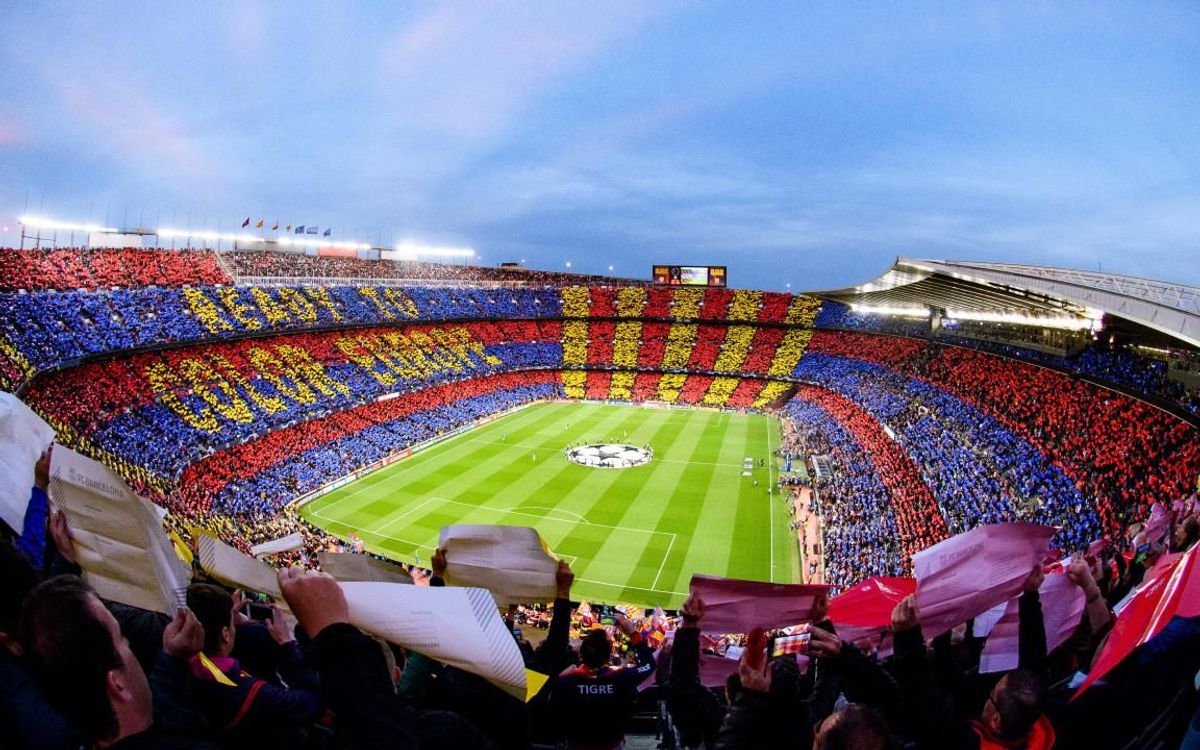 We are just minutes away from the start of the match between Barcelona vs Valencia at Camp Nou Stadium. Will the Culés be able to return to victory or will the Chés ruin their plans? Be sure to follow our coverage on VAVEL Mexico.
10:32 PMa month ago

Do not miss a detail of the match Barcelona - Valencia with the live updates and commentaries of VAVEL. Follow along with us all the details, commentaries, analysis and lineups for this match.
10:27 PMa month ago

How to watch Barcelona - ValenciaLive Stream on TV and Online?

If you want to watch the game Barcelona vs Valencia live on TV, your options are: ESPN+

Carlos Soler | The Spanish midfielder is the orchestrator of Valencia's midfield and is currently his team's top scorer with three goals. With teammate Denis Cherysev unable to recover from injury, Soler will have to carry his team. 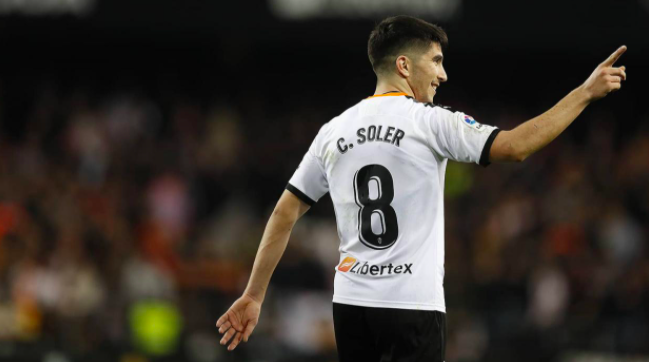 Memphis Depay, striker | The Dutch player arrived as a reinforcement for the Blaugrana and comes after a great performance for his national team during the FIFA matchday. After Messi's absence, Depay has had to carry the offensive line for Barcelona and has scored three goals this season. 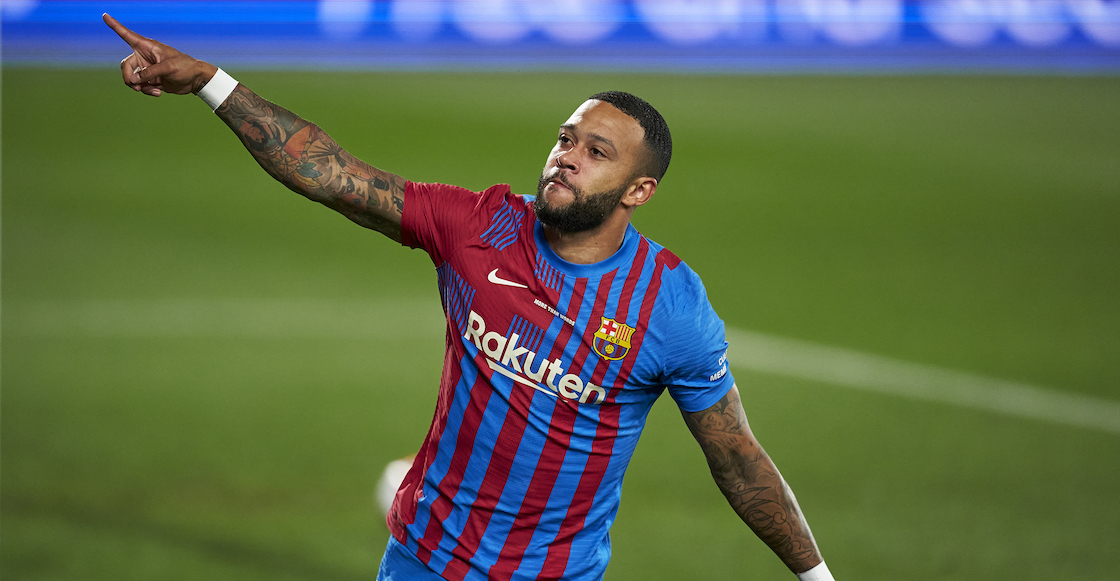 Who will be the referee?

The central referee for this Barcelona vs Valencia will be Jesús Gil Manzano; the VAR will be Munuera Montero.
9:57 PMa month ago

Valencia: Back to winning ways

On the other hand, the Valencian team coached by José Bordalás will be looking to start stringing positive results to continue stalking the leaders and move into Champions League positions. Los Chés are coming from a 0-0 draw against Cádiz, where they have now gone their fourth game without a win (two defeats and a couple of draws). Valencia have the same points as tonight's opponent (12 pts) and are in eighth place in the overall standings. 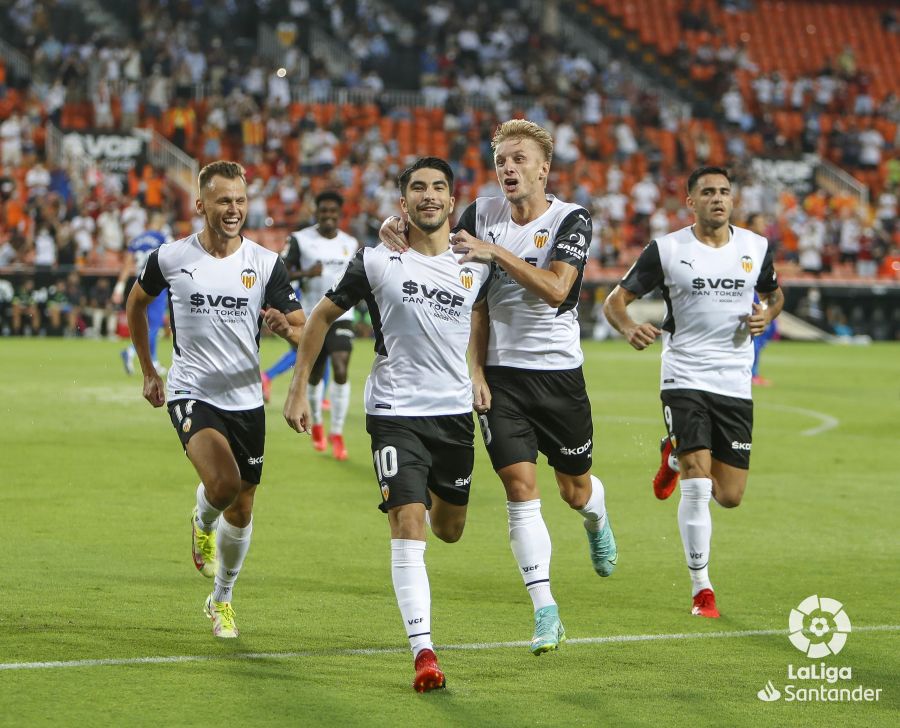 Barcelona: In search of consistency

The azulgrana squad, led by Ronald Koeman, continues to miss the presence of Lionel Messi and, so far this season, has not been able to find its way. This irregularity is evident since Barcelona has won only one of its last six matches in all competitions; in the most recent match they lost 2-0 against Atlético Madrid. After this result, the Culés are in ninth position with 12 points from three wins, three draws and one defeat. They also have a match pending against Sevilla. 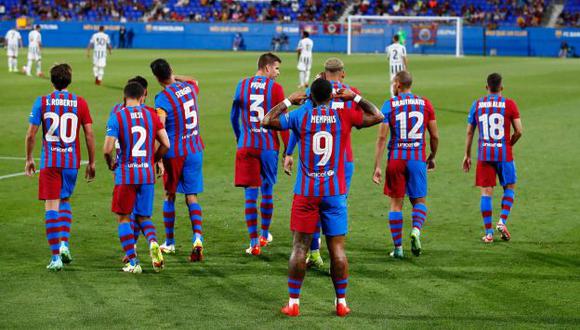 The Barcelona vs Valencia match will be played at the Camp Nou Stadium, in Barcelona, Spain. The kick-off is scheduled at 3 pm ET.
9:42 PMa month ago

This afternoon, Sunday's matchday 9 activity ends with a game in which two teams in need of three points will seek to return to winning ways. On the one hand, Barcelona will need to take advantage of their home advantage against Valencia, who, like them, are in the middle of the table.
9:37 PMa month ago