End of the match. Cruz Azul and Tigres tie at one goal in Matchday 13
10:59 PMa month ago

Central announces that 5 minutes will be added
10:51 PMa month ago

Tigres change. Luis Quiñones is out, Raymundo Fulgencio is in.
10:47 PMa month ago

Luis 'El Chaka' Rodríguez tries to surprise Corona but the move does not represent any danger for the Celeste team.
10:35 PMa month ago

Close! Cruz Azul weaves a dangerous move on the counterattack and Orbelín Pineda arrives behind the halfway line to attempt a shot that passes just inches past Guzmán's post.
10:25 PMa month ago

Jonathan Rodriguez gets close to Guzman's goal again but can't hit the ball properly and ends up falling.
10:21 PMa month ago

Santiago Giménez's shot is well anticipated by Nahuel Guzmán and he keeps the ball without any problem.
10:11 PMa month ago

The second half of the match begins. Last 45 minutes between La Máquina and Tigres.
9:55 PMa month ago

The first half is over. Cruz Azul and Tigres draw by the minimum score
9:54 PMa month ago

One minute of added time is added
9:53 PMa month ago

Great defensive work by Santiago Giménez, who sweeps perfectly to prevent Gignac's shot on goal after winning the one-on-one from three-quarters of the field.
9:47 PMa month ago

Jonathan Rodriguez tries a long distance shot but the ball goes high over the goal line.
9:35 PMa month ago

They missed it! The Tigres had a counterattacking play that the feline defense solved well at the last minute.
9:34 PMa month ago

Dangerous play in the visitors' area. Santiago Giménez filters the ball for Guillermo Fernández but the play does not go through.
9:27 PMa month ago

GOAL! André-Pierre Gignac quickly equalized for the visitors with a direct free kick to make it 1-1.
9:25 PMa month ago

Goal! Cruz Azul takes the lead after a mistake by the northern defense. Hugo Ayala makes it 1-0 for the home side with an own goal.
9:22 PMa month ago

Ignacio Rivero serves the ball to Rodriguez and Gimenez but neither striker is able to finish the ball and Cruz Azul misses the first danger.
9:17 PMa month ago

First approach by the visiting team, Gignac tries to score from outside the area but the ball goes wide of the goal defended by Corona.
9:15 PMa month ago

The match kicks off at the Azteca Stadium! First 45 minutes between Cruz Azul and Tigres
9:06 PMa month ago

A few minutes to go!

Liga MX protocol begins, everything is ready for the start of the match.
8:50 PMa month ago

Cruz Azul and Tigres are one place and one point apart in the overall standings. La Máquina is in seventh place with 17 points, while Tigres has 18 points and is sixth overall.
8:34 PMa month ago

The teams have taken to the field for warm-up exercises prior to the opening whistle. 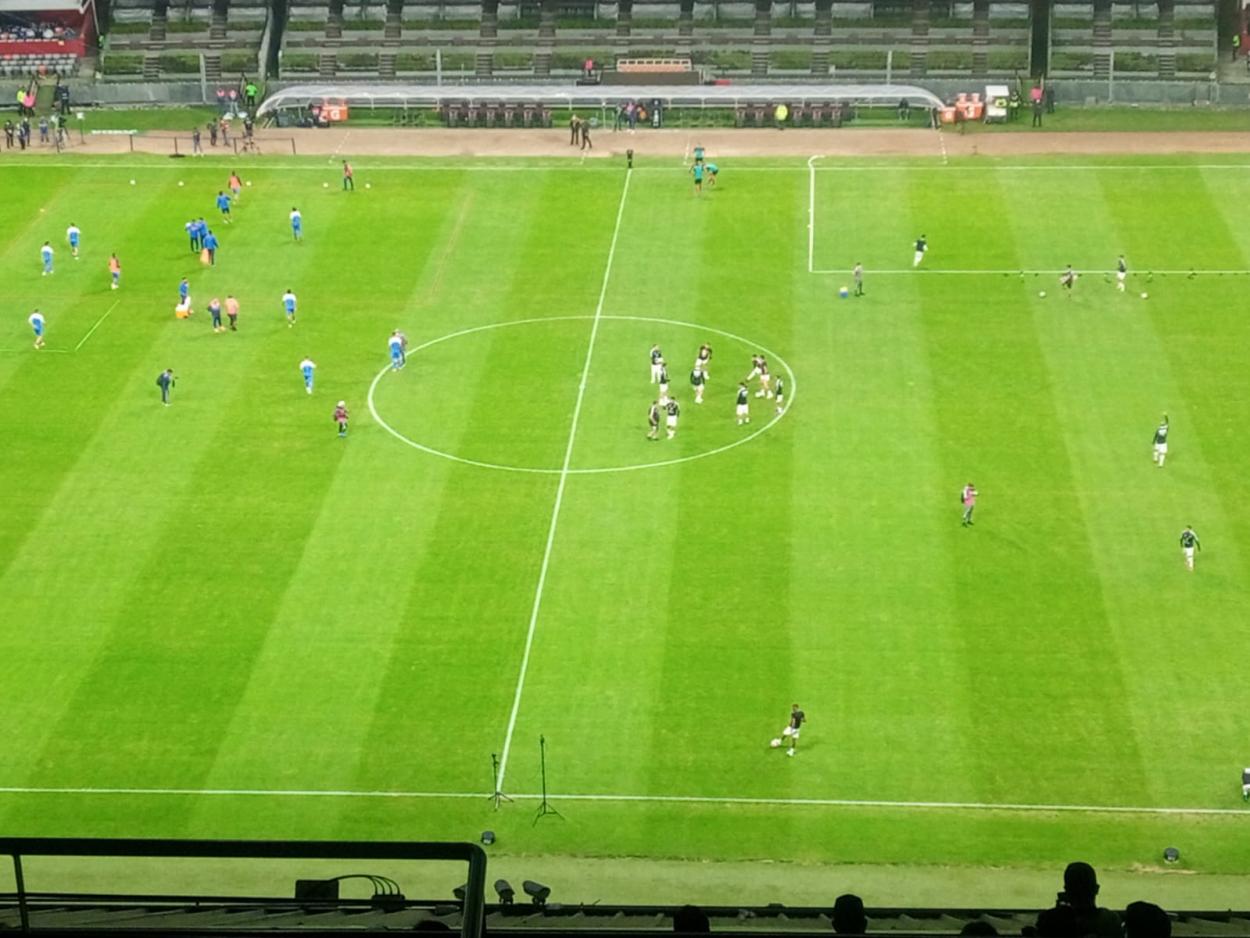 We are back on the field at the Estadio Azteca, 'La Máquina' welcomes the felines of the Universidad Autónoma de Nuevo León, who usually feel comfortable on this field as visitors and today, under the guidance of Miguel Herrera, they want to take the three points.
8:09 PMa month ago

Do not miss a detail of the match Cruz Azul vs Tigres live updates and commentaries of VAVEL.
8:04 PMa month ago

How to watch Cruz Azul vs Tigres Live Stream on TV and Online?

If you want to watch the game Cruz Azul vs Tigres live on TV, your options is: TUDN.

What time is Cruz Azulvs Tigres match for Liga MX?

This is the start time of the game Cruz Azul vs Tigres of 16 th October 2021 in several countries:

The statistics indicate that goals will be present in this duel, considering that Cruz Azul has not drawn 0-0 in any of its last 23 official home matches in any competition (G14, E4, P5).
7:49 PMa month ago

Carlos González will be looking to spoil the party -- the last two times he scored, Tigres won exactly 3-0 in away matches. 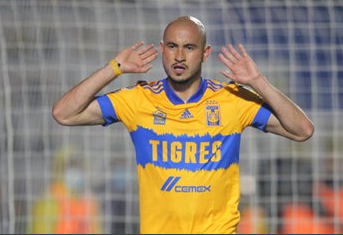 Luis Romo has a goal and an assist in his last two appearances for LMX -- both contributions came in the first half, and if he recovers from his injury suffered during the FIFA training camp, he will be a key player in Prof. Reynoso's approach. 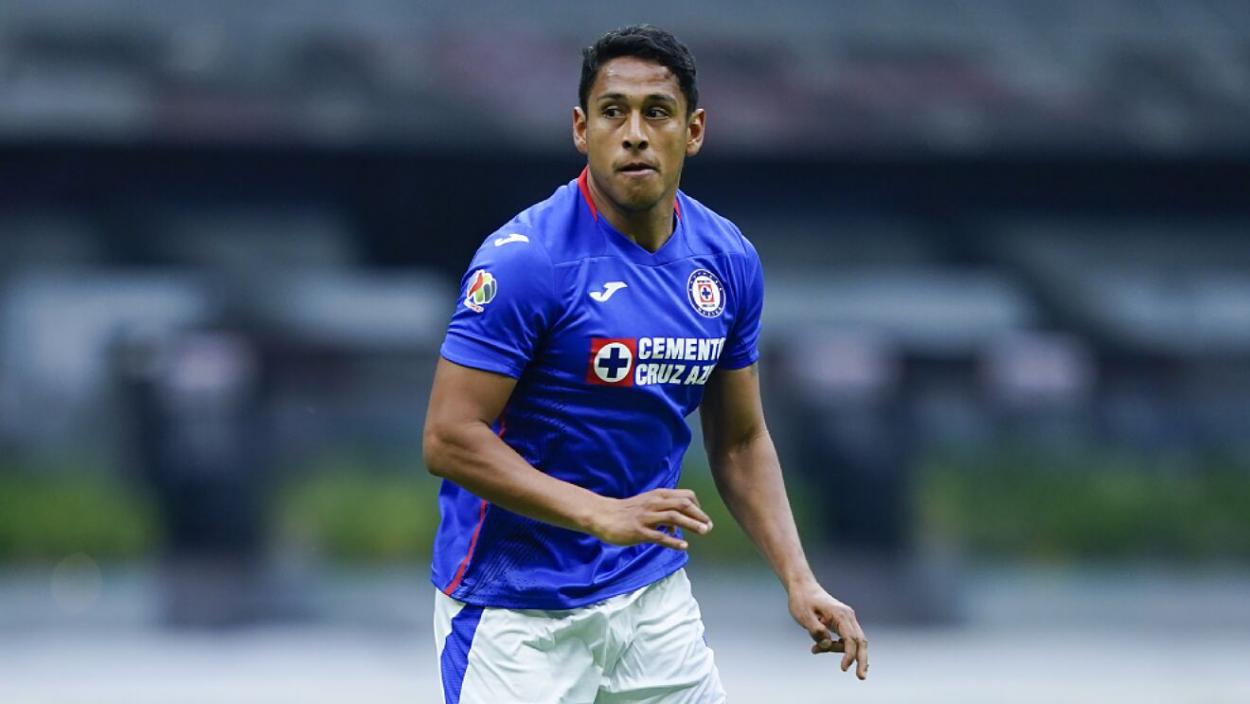 Looking to extend the number of minutes without conceding goals, which so far stands at 270 official minutes in LMX, the "Felino" team knows that hurting the opponent's goal is a given -- they are the third team with the highest number of goals (GF: 17 - 1.41 per match), and have also scored in 70% of their last 10 official away matches (G5, E1, P4).
To preserve the transitional advantage, Tigres should not be too worried about going into halftime trailing, as they have become accustomed to recovering -- although they have not won when this has happened, they have managed to draw 75% of the time (E3, P1).
7:34 PMa month ago

The home side has the advantage, having played one game less (G4, E5, P2) -- they have lost only one of their last five matches in this competition (G2, E2), keeping clean sheets in both victories, as has been the case in each of their last three home wins in the competition.
7:29 PMa month ago

Cruz Azul and Tigres will face each other in the quarterfinals of the Liga MX, as a win would temporarily place them in the top four places in the standings for a ticket to the fight for the title.
7:24 PMa month ago