The meeting is over! Great victory for LAFC, which is now in the playoffs, the goal difference will be important, so scoring goals generates confidence. On the away side, with a dismal performance, it looks like the tournament is starting to slip through San Jose's fingers.
4:54 PM2 months ago

Yellow card for Judson of the San José team for dangerous play.
4:49 PM2 months ago

Yellow card for Marco Farfan of LAFC for dangerous play.
4:45 PM2 months ago

LAFC goal! It was the third goal for the home team, who already won by a wide margin.
4:41 PM2 months ago

San José is encouraged to search for the equalizer but falls into desperation as time is running out to get it.
4:37 PM2 months ago

LAFC Substitution: Brian Rodríguez in, Danny out
4:25 PM2 months ago

The game drops in pace due to repeated fouls on the ball. The game is played in the middle of the field waiting for the right time.
4:20 PM2 months ago

LAFC takes the initiative but their attempts are met with offside on the pitch.
4:15 PM2 months ago

The first half ended in the same tone as the second half. Now the repetition of fouls is again present on the field.
4:10 PM2 months ago

The meeting is over! Although there were few opportunities for the home side, they were able to channel them and already have an advantage on the scoreboard, giving them a hopeful three points.
4:00 PM2 months ago

In the final stretch of the game, fouls are a constant to slow down the progress of the game. Even James of the visiting team received a yellow card for dangerous play.
3:55 PM2 months ago

LAFC goal. Arango converts the penalty and makes it 2-0 in favor of the home team.
3:50 PM2 months ago

The center of the box has become a constant for the home team, which is already pressing on the edge of the area in order to increase its lead on the scoreboard.
3:45 PM2 months ago

After the goal, the home team was confident on the field and moved the ball around the midfield in search of an opportune dangerous play.
3:40 PM2 months ago

LAFC goal! The home team is up early and has already beaten the visitors.
3:35 PM2 months ago

Another great week to enjoy the MLS. 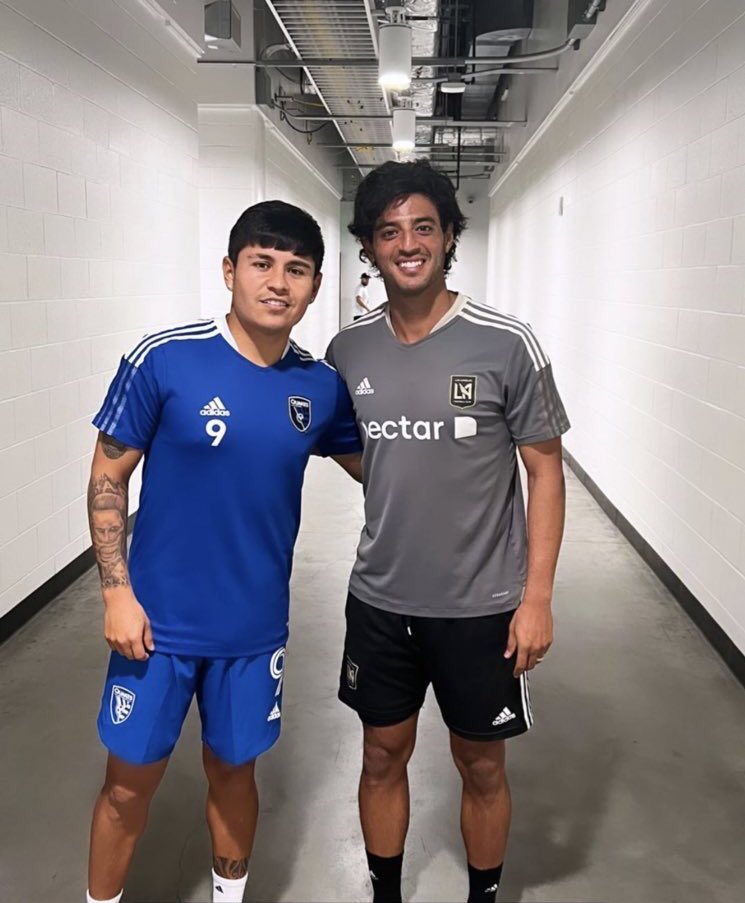 This is where the MLS match will be played. Look for the number of goals to be what we see for this match.
3:10 PM2 months ago

In the last 10 meetings, Los Angeles FC have won 6 times, there have been 0 draws and San Jose Earthquakes have won 4 times. The goal difference is 27-14 in favor of Los Angeles FC.

In the last 10 meetings, Los Angeles FC have won 6 times, there have been 0 draws and San Jose Earthquakes have won 4 times. The goal difference is 27-14 in favor of Los Angeles FC.
3:00 PM2 months ago

Do not miss a detail of the match with the live updates and commentaries of VAVEL. Follow along with us all the details, commentaries, analysis and lineups for this LAFC vs San Jose match for the MLS
2:55 PM2 months ago

What time is LAFC vs San Jose Earthquakes match for MLS?

This is the start time of the game LAFC vs San Jose of 16th October in several countries:

A 'Vela' of opportunities will be what LAFC will need to decorate an opponent that looks favored to win the match. In a match so evenly matched in the general table, the goal is a distinction that will have to occupy the Los Angeles team to be able to reduce the result in their favor, so if Carlos Vela sees action he will have great qualities in front of the offense. 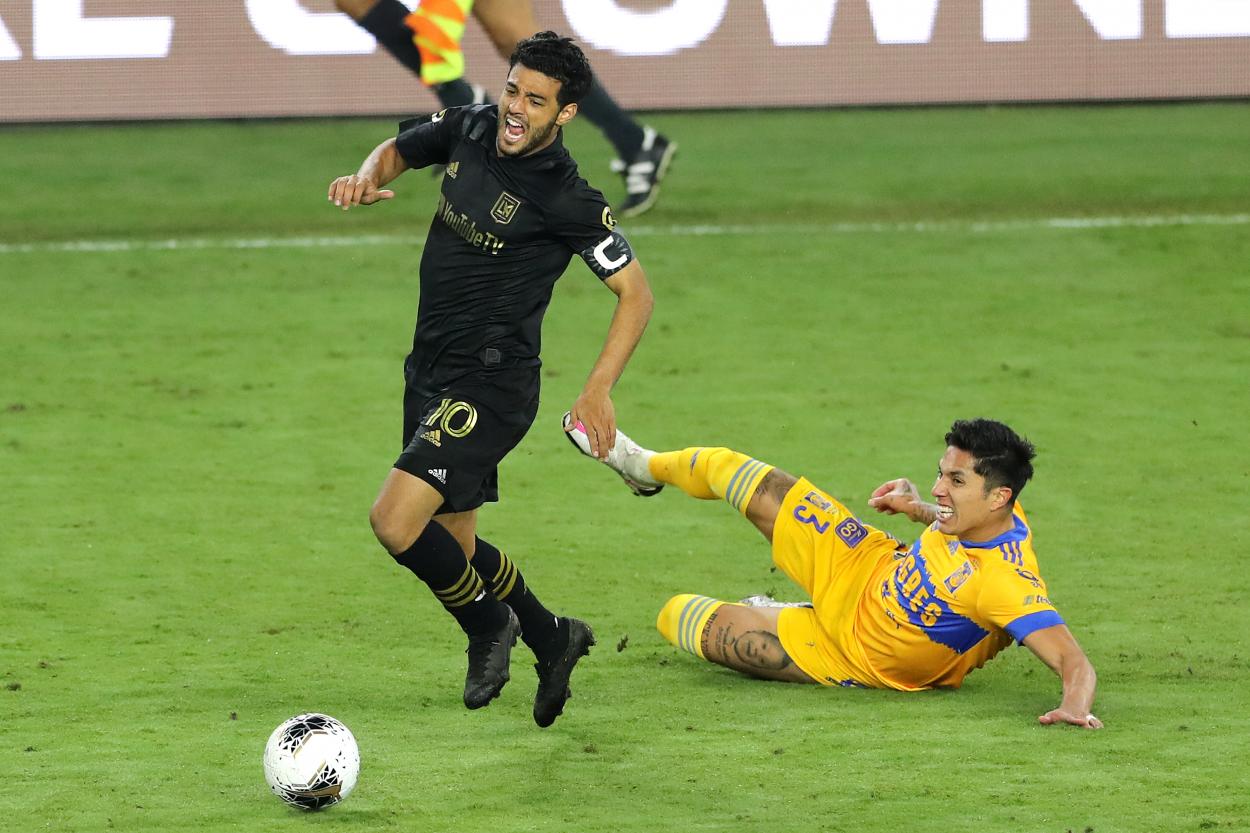 Eduardo Lopez, 'Chofis' player of San José will have in his feet the opportunity for the visiting team to take advantage of the scoreboard in a comfortable way that will lead the game in their favor. For the Mexican striker it will be fundamental to go for a good port to be considered in the National Team for the World Cup qualifiers 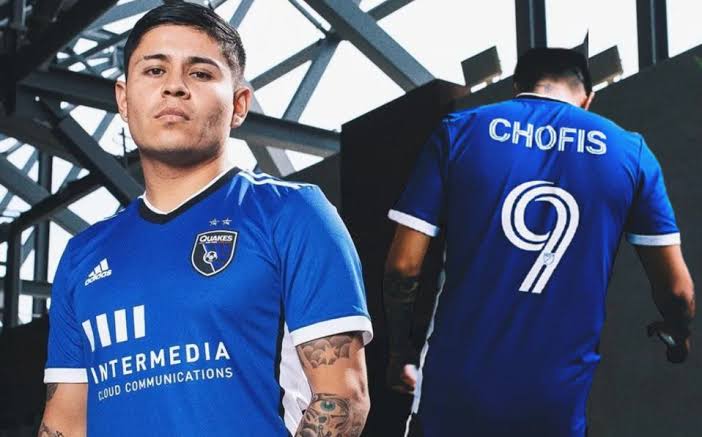 LAFC: Dropping points is not an option

The locals have a complicated path to the next round if they don't get three points, they are four points behind the qualification group and they know that it will not be an option to let the victory slip away from them on the field. For this match, it is expected that the Angelina forward can go ahead with a wide advantage in the match.
2:25 PM2 months ago

The visitors know that if they don't get the three points, they could be eliminated from the next round of the MLS conference. San Jose is located in the 10th position with 33 points, one place below the opponent they will face.
2:20 PM2 months ago

The  LAFC vs San Jose match will be played at Banc of California Stadium. The kick-off is scheduled at 3:45 pm ET.
2:15 PM2 months ago

Welcome to VAVEL.com’s LIVE coverage of the MLS: LAFC vs San Jose!

My name is Claudio Amelco and I will be your host for this game. We will provide you with pre-game analysis, roster updates, and news as it happens live here on VAVEL USA.

Portland Timbers claim the Western Conference; Will Host MLS Cup 2021 a day ago

Philadelphia Union hit by COVID protocols; three brought in through Extreme Hardship for Eastern Final against NYCFC 2 days ago

New England vs NYCFC preview: How to watch, team news, predicted lineups and ones to watch 7 hours ago

Colorado vs Portland preview: How to watch, team news, predicted lineups and ones to watch 11 days ago