We hope you enjoyed this Tuesday's match, corresponding to matchday 14 of the Apertura 2021.

The match ends in a scoreless draw at the Jalisco!
10:57 PMa month ago

Orbelín's attempt at a shot on goal ended up not being able to make good contact and it all ended up in Vargas' hands.
10:51 PMa month ago

The game had a lot of fouls in the last minutes, and little precision in soccer.
10:41 PMa month ago

A very good cross for Barbosa but the ball goes close to goal.
10:39 PMa month ago

Great play by "Cabecita" who gives the ball to Angulo in the area, but after a cutback he cannot finish it off in a good way.
10:24 PMa month ago

The referee had flagged a penalty for a slip by Quiñones in the area, but he disallowed it in a good way after reviewing it in the VAR.
10:23 PMa month ago

Another play by Atlas that after a poor start by Cruz Azul found Furch in the area, who shot and Corona made a great save.
10:21 PMa month ago

Yellow card for Brayan Angulo for claiming a foul.
10:13 PMa month ago

The second half begins at the Jalisco Stadium!
9:56 PMa month ago

The first half ends at the Jalisco stadium still goalless.
9:50 PMa month ago

Barbosa's shot in the area but the ball is cleared off the line by Escobar with his head.
9:49 PMa month ago

Rodriguez's shot in the area is well blocked by Angulo Uriarte.
9:37 PMa month ago

Yellow for Yotún who loses the ball and pulls Barbosa to prevent him from escaping on the counterattack.
9:34 PMa month ago

Yellow card for Jairo Torres for a hard foul in the midfield.
9:33 PMa month ago

Corner kick that Aguilar ends up taking with difficulty in the area.
9:25 PMa month ago

Yellow card for Santamaría for a foul on Rodríguez entering the area.
9:21 PMa month ago

A good cross into the Atlas area that Rivero ends up making a good save.
9:16 PMa month ago

Cruz Azul tries to come out touching the ball, but the Atlas defense is staggered very well and recovers on every play.
9:10 PMa month ago

Jorge Isaac Rojas blows the whistle to start the match at the Jalisco Stadium!
8:50 PMa month ago

They will be in charge of tonight's match:

Both teams are already doing their warm-up exercises prior to the matchday 14 game.

The most difficult team to pass when defending is none other than the Red and Blacks, who have conceded only six goals in 13 games played, making them the best defense in the championship.
8:39 PMa month ago

Tonight, the Machine will take the field with these men:

These are the 11 players with which the home team will take the field:

Spectacular sunset at the Jalisco

With this beautiful postcard, fans and players are arriving at the Jalisco stadium! 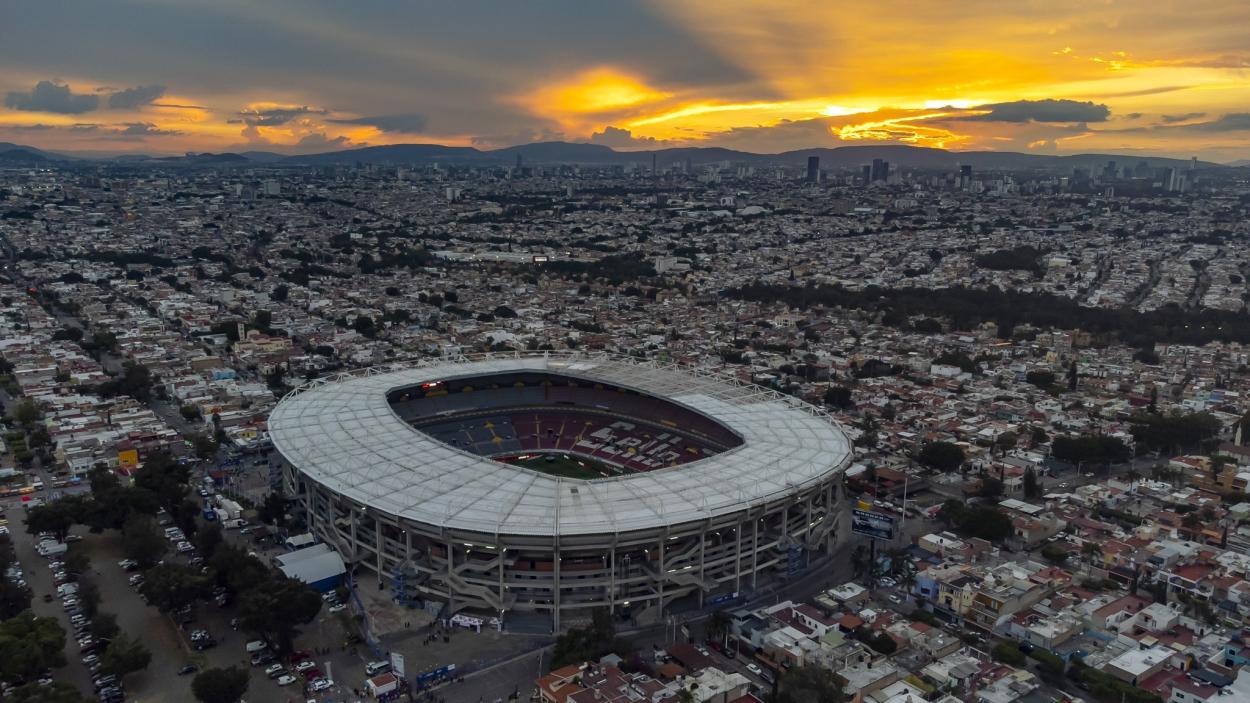 In terms of goals, the team led by Juan Reynoso is one of the best, with a total of 15, and their ability with the ball at their feet is such that they have an 80% pass success rate so far in the Apertura 2021.
8:12 PMa month ago

Atlas will take the field with this pink jersey, as part of the campaign that supports the fight against breast cancer in this month of October. 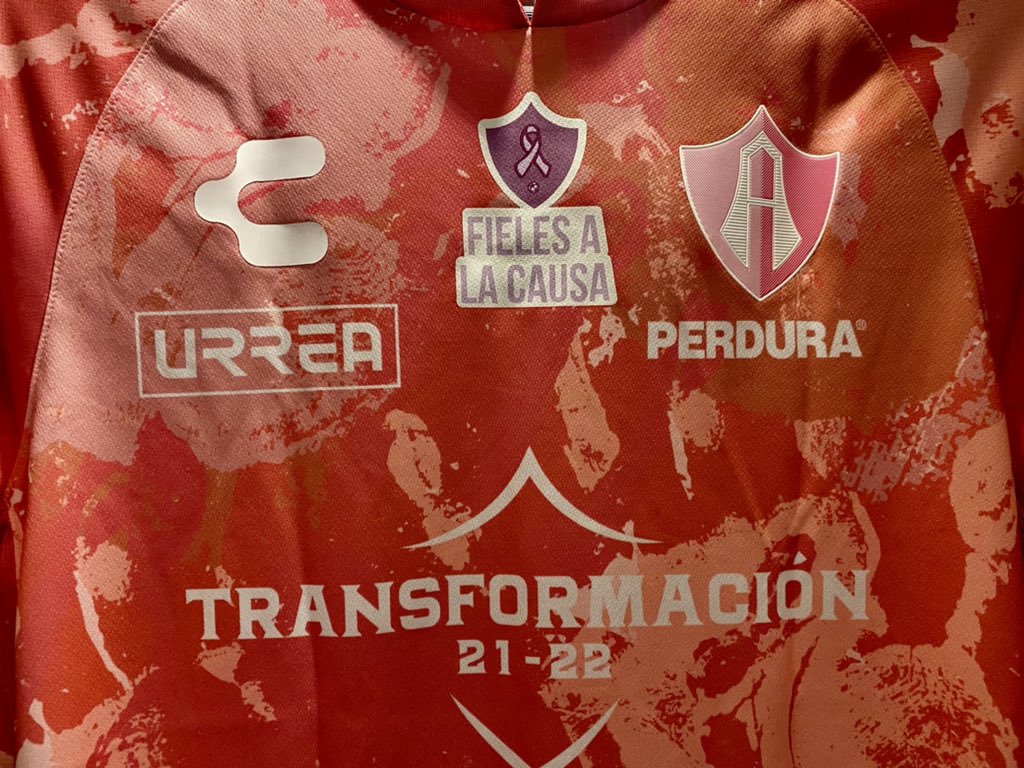 The match is about to start and we have all the details, data and lineups ready for you, stay with us for this and much more on VAVEL.
9:56 PMa month ago

In a few moments we will present the match lineups, news and all the details of this Atlas vs Cruz Azul.
Stay with us on VAVEL!
9:51 PMa month ago

How and where to watch Atlas vs Cruz Azul

The match will be broadcast on the TUDN USA channel.

If you prefer to follow the match LIVE on the internet, remember that VAVEL USA is your best option.

La Máquina played with this starting 11 in its match against Tigres:

These were the Red and Black players that Diego Cocca sent to the field for the previous match:

The Cementero team has struggled defensively, but one of the best players of the season has been center back Julio César Domínguez.

The experienced Cruz Azul player, who has also been called up to the National Team recently, should be a factor in stopping the home team's attack tonight. 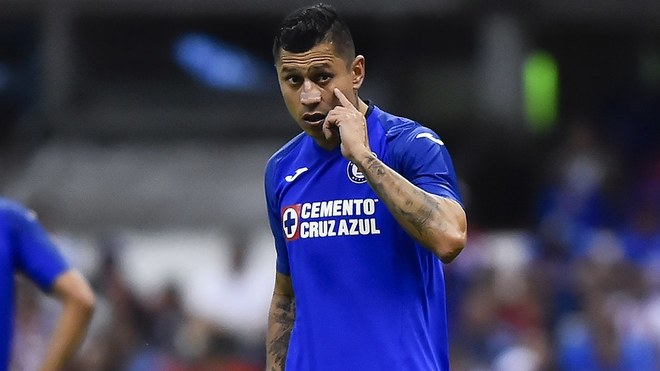 Julio Furch has scored four goals so far this season, in addition to setting up two assists.

This makes him one of the most dangerous players for the red and black team this season. 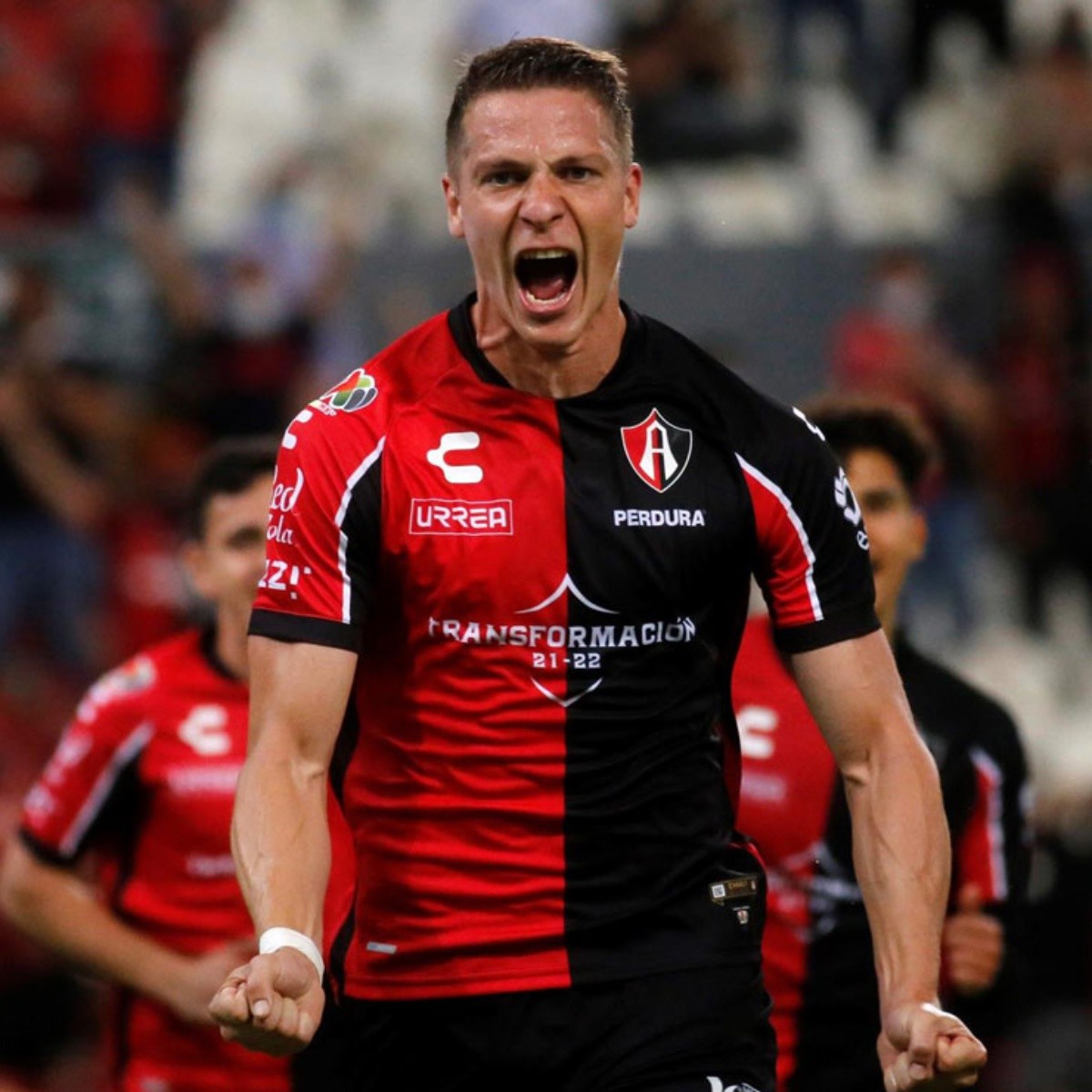 Cruz Azul has not performed

The team from the CDMX has not found the performance it had hoped for in this tournament and calls to the national team have not allowed it to have a full squad for the entire season.

They are currently in seventh place in the general table, seeking direct qualification with 18 points.

Atlas remains in a good area

The Guadalajara team has had a good tournament despite the surprising loss over the weekend against Mazatlán.

They are currently in the direct classification zone, in second place with a total of 22 points.

The match will be played at the Jalisco

The Atlas vs Cruz Azul match will be played at the stadium Jalisco, in Guadalajara, Mexico with a capacity of 55,110 people.

It's the home of the teams Atlas, of the First Division, the Leones Negros of the University of Guadalajara of the Liga de Expansion MX and Deportivo Cafessa of the Liga Premier Serie A.

It's currently the third largest stadium in Mexico after Estadio Azteca and Estadio Olímpico Universitario.

The current Mexican soccer champion is in an unstable moment in the season and will face the Rojinegros, who despite having lost the previous day's match, have been accumulating a good amount of points.

Reynoso's men will be looking to win again in order to qualify for the top four in the overall standings, the zone in which the home team is currently located.