GET0
END6 hours ago

We hope you enjoyed the Inter Miami vs Toronto matchday 31 of the MLS 2021 regular season. Continue to visit the VAVEL website to stay up to date with all the information that will be released throughout the day.
8:31 PMa month ago

The match is over in Miami, Inter takes it by a goal and gives a joy to their fans in this difficult season they have faced.
At the beginning, both teams started with high revolutions, however, it was Inter Miami who took the lead first and from then on, they started to take control of the match. Later, before the end of the first half, they scored their second goal of the night to knock Toronto out of the game.

In the second half, Inter finished off the match with another goal to take the three points on matchday 31.

LAST 10 MINUTES! Inter Miami is close to add one more victory to its stats.
8:12 PMa month ago

Goalkeeper's save! Pozuelo's left-footed shot from the edge of the box was excellently saved by Marsman.
8:08 PMa month ago

In the last 20 minutes of the match, Inter Miami continues to be far superior to its rival, while Toronto is still looking to take at least one goal before the end of the match.
7:59 PMa month ago

Eriq Zavaleta sends the ball into the back of the net after a good header that surprises the goalkeeper.

Toronto came close! Okello looked to put in a dangerous cross into the goal defended by Marsman but the home keeper made a good save.
7:40 PMa month ago

The second half kicks off from Miami, Inter Miami leads Toronto 2-0 so far.
7:26 PMa month ago

Inter Miami goes to the break on top, Toronto will have to go for the kill or die for the second half.
7:24 PMa month ago

After a well taken corner kick, the ball falls at the feet of Makoun, who does not hesitate to take a shot and send the ball into the back of the net.

A second almost came! Vassilev took a half-scissors kick inside the box after a corner for Inter Miami, but his shot was deflected by the defender for a corner.
7:12 PMa month ago

Lawrence's header goes just wide of the post. Toronto continues to look for the equalizer
7:08 PMa month ago

Toronto is on top looking for the equalizer, however, the attacks have been neutralized in a good way by the local defensive saga.
7:00 PMa month ago

Controversy returns to the match with Toronto's claims for a penalty not scored on Soteldo.
6:57 PMa month ago

This is how the goal was scored

The goal for Inter Miami was scored in this way.

Toronto's goalkeeper makes another mistake and Gonzalo Higuain takes advantage of it and sends the ball into the back of the net to put Inter Miami ahead on the scoreboard.

Goalkeeper save! Mullins entered the area alone and sent a dangerous shot that was caught by the goalkeeper at close range.
6:45 PMa month ago

There was danger, Gonzalo Higuain entered the area to take a shot that was well covered by the defense.
6:41 PMa month ago

THERE IS CONTROVERSY! The referee disallows the goal scored by Gonzalo Higuain due to offside.
6:39 PMa month ago

The match between Inter Miami vs Toronto FC kicks off, both teams are looking for three points for pride.
6:14 PMa month ago

In a couple of minutes we will start the broadcast of the match: Inter Miami vs Toronto FC, corresponding to Matchday 31 of the MLS Regular Season.
6:09 PMa month ago

Toronto's average ball possession in the championship is 48.62%; that is, the team usually fails to come up with the style of play of the match and has a rather reactionary style. That can be good for the team, which plays away from home. Since, in these situations, the home team is expected to take the initiative in the plays, thus freeing the spaces that the rather reactionary teams need to counterattack.

Individually, the most outstanding player so far in the competition is Jonathan Osorio. The midfielder has already scored 4 times in the current season and has helped Toronto to a positive result on several occasions.

The statistics show that Gonzalo Higuaín is Inter Miami's most outstanding offensive player. The striker has scored 10 goals so far in the competition, a figure that shows he is one of the main reasons for his team's good results so far this season.

Inter Miami's average ball possession in the championship is 46.66%; that is, the team usually fails to create actions in the match and has a rather reactionary style of play. For this Inter Miami vs Toronto 2021 match the team should make an effort to achieve more ball possession and manage to attack their opponents.

This is how Inter Miami will take the field to try to get the three points today.

Our #InterMiamiCF Starting XI vs Toronto FC at #DRVPNKStadium ⚽

Here's how Toronto is coming!

Toronto is coming off a 2-0 home loss to Atlanta United FC, and has won five of its last six matches. In the 2021 regular season, Toronto has recorded six wins, seven draws and 16 losses, with midfielder Soteldo, who has scored three goals and dished out three assists, leading the team this campaign.
5:49 PMa month ago

Inter Miami will return home to DRV PNK Stadium on Wednesday to take on Toronto FC in the final meeting between the two sides in the 2021 regular season.

Inter Miami's squad is coming off a four-game road trip and will face Toronto FC in what will be the third and final meeting between the two sides this season, with Inter Miami having defeated Toronto 3-1 at DRV PNK Stadium in August and then winning 1-0 away at BMO Field in September.

Inter Miami is already at the stadium for their match against Toronto FC. 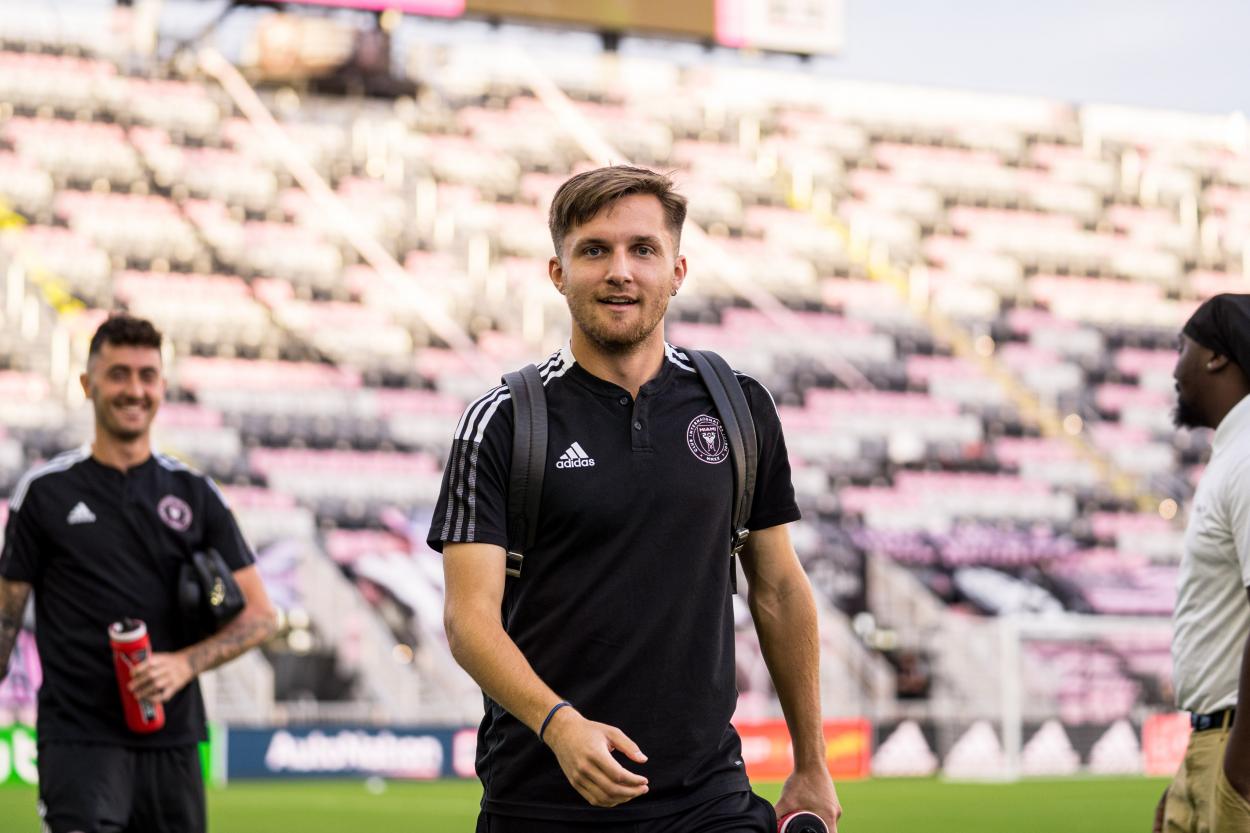 There will be a special event at the Stadium!

Inter Miami will also host 'DRVPNK Night' presented by AutoNation to help fight cancer. Fans are invited to wear pink to the game; the first 12,000 fans to enter the stadium will receive a free pink towel. In addition, fans can purchase raffle tickets for a chance to win merchandise that has been signed by the entire team to raise additional funds for breast cancer research. In addition, for every pink item purchased at the team stores inside the stadium, 10% of the proceeds will be donated to the Breast Cancer Research Foundation.
5:29 PMa month ago

¡The Wait is over!

The wait is over! MLS actions continue with the duel between Inter Miami vs Toronto, both teams have had a season that leaves much to be desired in MLS, however, they will be looking for three points in the name of saving the team's pride.
5:24 PMa month ago

Do not miss a detail of the match with the live updates and commentaries of VAVEL. Follow along with us all the details, commentaries, analysis and lineups for this Inter Miami vs Toronto match.
5:19 PMa month ago

What time is Inter Miami vs Toronto match for MLS?

This is the start time of the game Miami vs Toronto of 20th October in several countries:

Watch out for this Toronto player:

The idol of the fans in general, a representative in the old Stars and Stripes, the New Jersey native, Michael Bradley will be the player to follow for this match, the American has played a total of 22,171 minutes with the Toronto FC jersey in which, he has appeared 248 times in the starting lineup, has scored 14 times and assisted 19 times, also, in 52 times he has been cautioned, however, he has never seen a red card with Toronto. Bradley could be the player who makes the difference in this match and gives his team the victory. 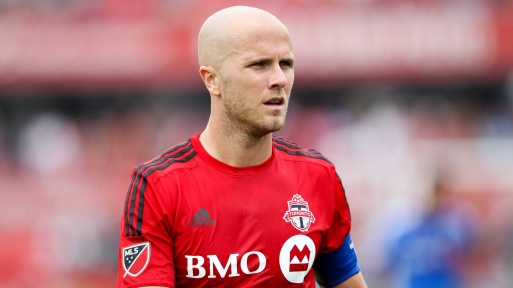 Watch out for this Inter Miami player:

One of the players with the shortest career in MLS and one of the best known by international football fans, Gonzalo Higuain, the Argentinean has earned the respect and admiration of several soccer lovers for his great performance in every match. With Inter Miami he has played 2,930 minutes of which he has stood out in 35 games in the starting lineup, he has scored 11 times and assisted 5 times, he has also received the yellow card 3 times and only once he has been sent off. 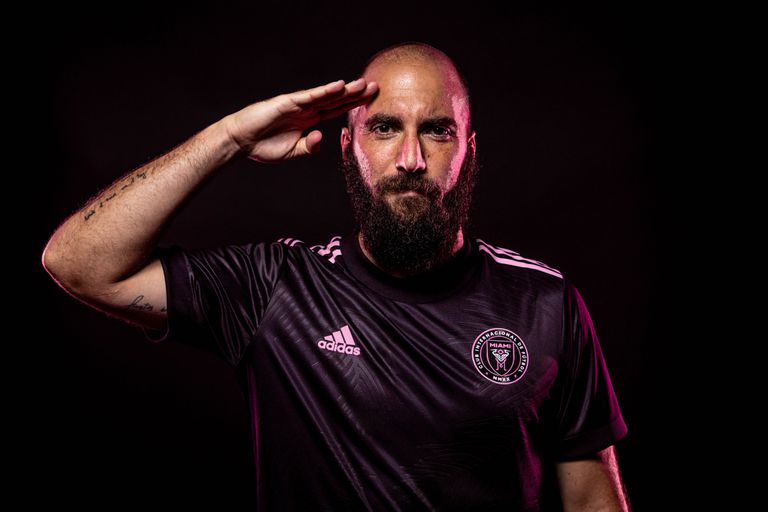 Inter Miami and Toronto FC have met on a total of 3 occasions (2 wins for Inter Miami, no draws and 1 win for the visitors) in which the scales have been tipped with a slight advantage for the home side. Despite being one of the youngest encounters, all three games played have produced goals, with 5 goals for Miami and 3 for Toronto. Their last meeting dates back to September 14 of this year, when Inter Miami won by the narrowest of margins over Toronto on the road.
4:49 PMa month ago 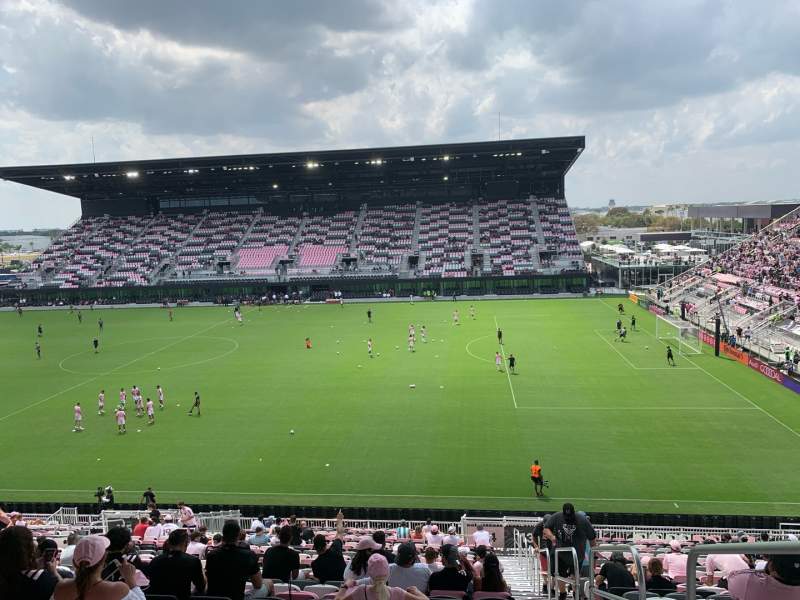 On the other hand, Toronto FC is still not getting up so far this season and everything seems to indicate that they will fight for the end of the regular season not to be last in the Eastern Conference, also, they are in a bad mood after losing at home against Atlanta United, so it will be a difficult mission to recover and get the three points against Inter Miami. Currently, the team is in 13th place overall, second to last in the conference with 25 points from 6 wins, 7 draws and 16 losses. They also have 34 goals scored and 56 conceded, making them the worst defensive team in the conference, so they will have to guard their goal on Wednesday night in Miami.
4:39 PMa month ago

The Inter Miami squad has not had a good season since its inception, so far they have struggled to shine in their conference, being one of the teams that are at the bottom of the overall table. Currently, they are in 11th place out of 14 with 29 points, which are the result of 5 wins, 5 draws and 15 losses. They also suffer a lot in their defensive zone, having conceded 48 goals and scored only 31 in favor of David Beckham's club. Despite going through a bad moment, Inter Miami is in a better mood than their rival, so they could take advantage of it to win at home and with their people.
4:34 PMa month ago

A new matchday will start for Inter Miami and Toronto FC, so far in the Eastern Conference everything is going as it was a few days ago, however, that is not relatively good for these two teams as they are located at the bottom of the general table of their conference being 11th (Inter Miami) and 13th (Toronto FC), also, both teams are among the highest scorers in MLS, so this will be a duel where the best defense can give the victory to their team.
4:29 PMa month ago

The Inter Miami vs Toronto FC match will be played at DRV PNK Stadium, in Toronto, Canada. The kick-off is scheduled at 19:30 pm ET.
4:24 PMa month ago

Welcome to VAVEL.com’s LIVE coverage of the 2021 MLS: Inter Miami vs Toronto!