CAN0
END3 hours ago

We hope you enjoyed this match between Diablos and Rayos that ended in a draw.

Stay tuned to VAVEL for more from Liga MX.

The match ends with a tie on the scoreboard and one goal per team!
8:54 PMa month ago

Lopez's shot is well blocked by the Necaxa defense.
8:46 PMa month ago

Aguirre's header in the open goal area but the ball goes wide.
8:39 PMa month ago

This was the header in the box by Vanegas to immediately tie the match.

Yellow card for Óscar Vanegas for stopping a Necaxa counterattack.
8:29 PMa month ago

Canelo crosses to Gonzalez on a counterattack and the latter misses.
8:26 PMa month ago

Zendejas' shot is strong and the Rayos' play is very good.

Quiroga's shot in the area with his heel, which he uses as a resource and almost scores a wonderful goal.
8:21 PMa month ago

Sambueza's long cross into the box from a free kick, and Vanegas finds him in the area to head home the equalizer.
8:20 PMa month ago

Red card for Hernán Cristante for complaining loudly to the referee.
8:18 PMa month ago

Aguirre's long cross from the left finds Zendejas entering the box and he shoots a first-time shot to the far post.
7:52 PMa month ago

The first half ends with the score tied!
7:49 PMa month ago

Alexis Canelo's shot in the box goes out for a throw-in.
7:47 PMa month ago

Yellow card for Medina for a hard foul on Lopez.
7:42 PMa month ago

After a VAR review, the referee shows the red card to Óscar Ortega for a very strong foul outside the area.
7:35 PMa month ago

Yellow card for Ortega for a hard foul on the edge of the area.
7:30 PMa month ago

Sambu's shot from the right side of the box but the ball goes hard into the path of Malagon.
7:26 PMa month ago

Headed shot by Gonzalez but the ball goes wide of Malagon's goal.
7:16 PMa month ago

The match began to fall into a series of errant passes, so there was no clear play in the areas.
7:06 PMa month ago

Yellow card for Gonzalez for a hard sweep in the midfield.
7:03 PMa month ago

Raul Lopez volley after a rebound from a free kick but the ball passes close to the goal.
7:01 PMa month ago

This is the refereeing quartet

They will be in charge of tonight's match between the Diablos and Rayos.

These are the 11 players who will take the field for the visiting team:

The "Inferno" is already heating up

The Toluca team is already warming up before this afternoon's game, in a stadium that normally plays at 12:00 noon, but today will be at 8:00 pm ET.

These are the 11 elements that Cristante will send to the field with a 3-5-3 lineup:

Although the Aguascalientes team has conceded 17 goals in the statistics, they have also gone several times without conceding any, with a total of five matches.
6:26 PMa month ago

Good gesture by the locals

The Toluca Devils will wear their traditional red jerseys, but this time with pink details for the campaign against breast cancer. 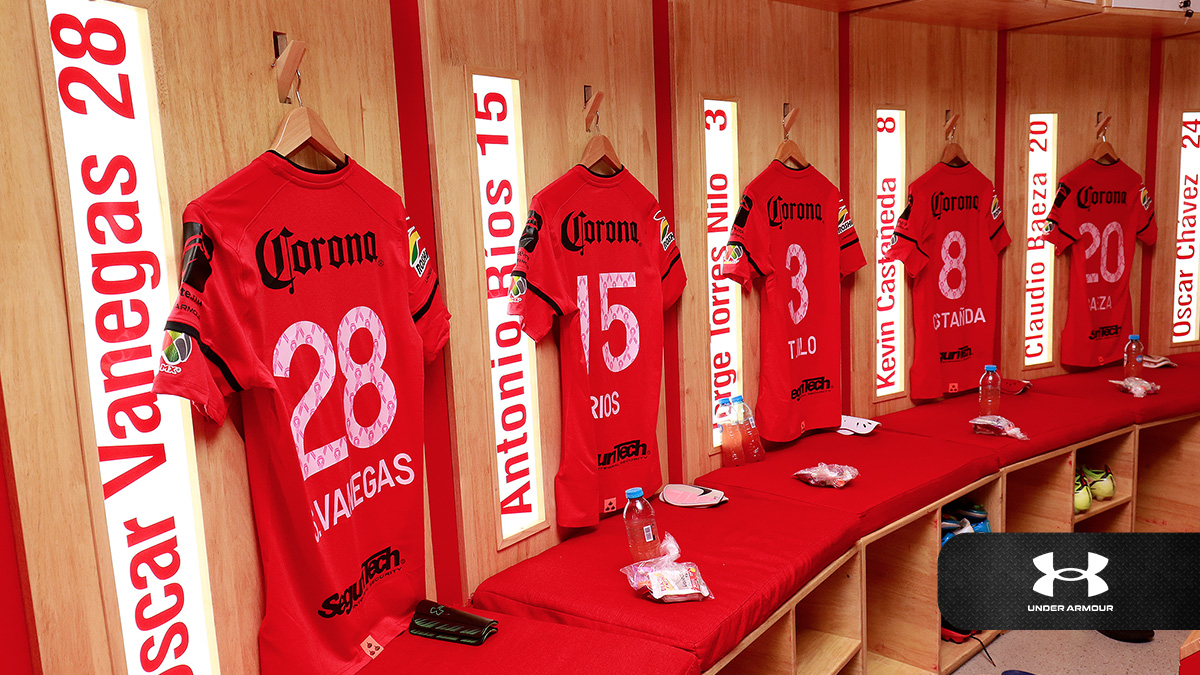 The home team has scored a total of 19 goals so far in the Apertura 2021 tournament, making it one of the best offenses in the championship, but in recent matches, with some defeats, the defense has conceded 18 goals, with a difference of only +1.
6:16 PMa month ago

In a few moments we will have the Toluca vs Necaxa match minute by minute, do not miss any detail and stay here because the lineups of the match are coming.
6:11 PMa month ago

In a moment we will be back with all the facts and statistics of the match, as well as the best minute-by-minute broadcast on VAVEL.
6:06 PMa month ago

How and where to watch Toluca vs Necaxa

The match will be broadcasted on TUDN app.

Pablo Guede's team came out with this lineup in the defeat against Puebla the previous day:

Despite the bad moment Necaxa is going through, Alejandro Zendejas is the most outstanding player in the squad and has scored a total of 4 goals this season.

To a great extent, the qualification of the Hidro-Rayos will depend on what he can do at the end of the tournament. 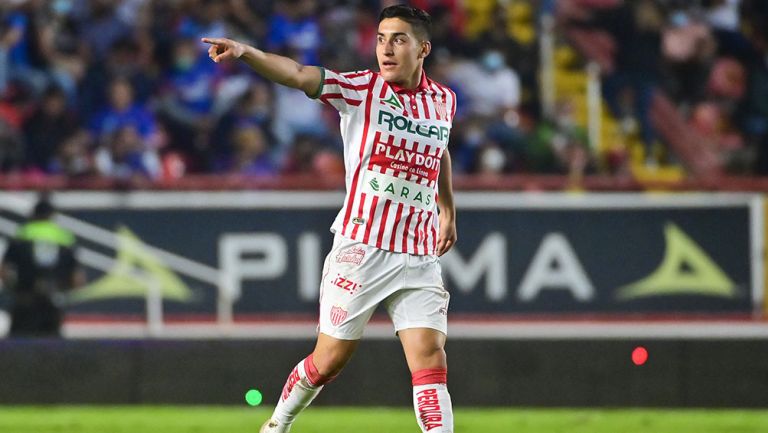 In the last match, Alexis Canelo had several chances on goal but was unable to score, so he will have to be more focused on this occasion.
He has not had the level he showed as a goal scorer in the previous tournament, but at any moment he can break through with goals and become the reference point that the team from the State of Mexico is looking for. 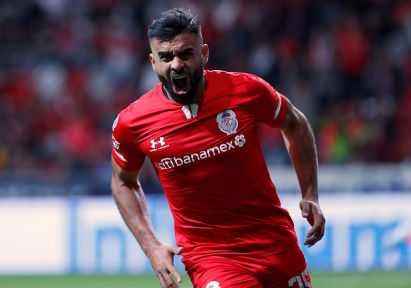 With four games to go, the Aguascalientes team must seek victory at all costs.

They are in 15th place in the general table, with 13 points, and if they want to be in the playoff zone they must win this match, otherwise they could be left with very few possibilities in the statistics.

Cristante's men are currently in the direct qualification zone; however, they have a total of four consecutive matches without a win, with three defeats and a draw.

In their previous match they lost against Guadalajara with a final score of 2-0.

The match will be played at the Nemesio Diez

The Toluca vs Necaxa match will be played at the Nemesio Diez stadium in Toluca, Mexico with a capacity of 31,000 people.

The stadium of Club Deportivo Toluca was officially inaugurated on August 8, 1954, later called "Héctor Barraza", then "Luis Gutiérrez Dosal", followed by "Toluca 70", then "Toluca 70-86", then with its current name "Nemesio Diez Riega", but popularly it has always been identified as "La Bombonera".

A match that in the general table statistics looks quite uneven but in recent matches has reflected parity in terms of soccer.

Both teams have only one win in their last five games, so this afternoon they will want to get the three points either way to improve on their record.