Thank you for following the Premier League game between Manchester City and Brighton.
1:22 PMa month ago

Manchester City squeezed Chelsea and climbed to second place in the Premier League after beating Brighton by a landslide.
1:17 PMa month ago

Mahrez inside the penalty area sharpens the goal and sentences the away goal.

Folden misses a clear one-on-one inside the box that he smashes past the goalkeeper.
12:57 PMa month ago

City change: Jesus goes off and Mahrez comes on.

Goalkeeper Ederson has been cautioned.
12:47 PMa month ago

Mac Allister takes the penalty with power that, despite the goalkeeper's deflection, the ball ends up inside the three posts for the discount.

The referee has awarded a penalty in favor of Brighton.
12:37 PMa month ago

Change for the home team, Grob came off and Mac Allister came on.

Leandro Trossard's cross-shot is sent for a corner by Ederson. Brighton is already better on the field.
12:12 PMa month ago

Cancelo's ill-timed tackle and he is shown the yellow card.
12:07 PMa month ago

Trossard's mid-range shot was saved by the goalkeeper under the three posts.
12:02 PMa month ago

Burn and Maupay came on

Pascal Gross' left-footed shot on the turn and Ederson made a great save to save his goal.
11:52 AMa month ago

Now Folden with a mid-range shot that goes wide.
11:42 AMa month ago

Cancelo with a mid-range shot that is deflected by the defense and a corner kick is awarded.
11:37 AMa month ago

The second half begins between Birghton and Manchester City.
11:32 AMa month ago

Foden's powerful shot is saved by the goalkeeper.

Two more minutes will be added.

March's mid-range shot was saved by Ederson.
11:17 AMa month ago

Dangerous cross from a corner kick that goes all over the Manchester City area without being able to be finished.
11:12 AMa month ago

Dangerous service to the front post that Ederson controls without giving rebounds.
11:07 AMa month ago

Gabriel Jesus takes advantage of the rebound inside the box and sends the ball into the net for 3-0.

Great service for Grealish who sets up Folen to increase the deficit.

Walker is booked for a hard tackle and is cautioned.
10:52 AMa month ago

Jesus' left-footed shot that Sanchez leans back to save his goal.
10:47 AMa month ago

Foden cannot get rid of the goalkeeper who, with his feet, stole the ball from him.
10:42 AMa month ago

Gundogan takes advantage of the rebound to score the first from a foul on the goalkeeper by Jesus.

Gabriel Jesus' shot was saved on the line by the defender and the first goal of the match was almost scored.
10:27 AMa month ago

Cancelo's long-range shot was saved by Sanchez, who was unable to keep it out for a corner kick.
10:22 AMa month ago

Brighton's promising breakthrough is negated by an offensive hand.
10:17 AMa month ago

The match between Brighton and Manchester City kicks off.
10:12 AMa month ago

We are minutes away from the start of the match between Brighton and Manchester City for Matchday 9 of the Premier League.
10:07 AMa month ago

The Falmer Stadium pitch is in impeccable condition and there will be no problems with the weather conditions for the clash between Brighton and Manchester City.
10:02 AMa month ago

Manchester City have not had a clear goal scorer at the start of the season as the distribution has been very even, with Gabriel de Jesus, Bernanrdo SIlva and Kevin de Bruyne all scoring twice.
9:47 AMa month ago

Brighton's Dan Burn could not hide his happiness that they are facing the best players and teams on the planet, so they want to give their best to show that they too have a good level:

Led by their coach Pep Guardiola, Manchester City will try to score their sixth victory of the championship to reach 21 points.

Stopping off for the Seagulls! 🚌#ManCity pic.twitter.com/lyTmszMSIH

After the midweek 5-1 thrashing of Club Brugge in the Champions League, Manchester City is more than motivated for this match with the mission to get the victory and not to move away from Chelsea, who already won this morning.
9:22 AMa month ago

The big surprise at the start of the season that has been Brighton, seeks to give a blow of authority and prove that it has not been the work of chance against the all-powerful Manchester City. We begin with coverage of the game.
9:17 AMa month ago

Do not miss a detail of the match with the live updates and commentaries of VAVEL. Follow along with us all the details, commentaries, analysis and lineups for this Brighton vs Manchester City match for the Premier League.
9:12 AMa month ago

What time is Brighton vs Manchester City match for Premier League?

This is the start time of the game Brighton vs Manchester City of 23rd October in several countries:

The "Citizens" have dominated the last five games with a balance of four wins and one loss, although the defeat occurred in the most recent match in which they met.

There is no doubt about the talent that the Belgian Kevin De Bruyne possesses, who with just his presence on the pitch changes the dynamic of City's midfield, in addition to having a presence in the rival area and highlighting that he collaborated with a goal in last Saturday's 2-0 victory over Burnley. 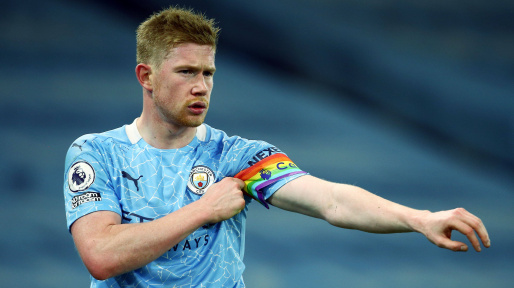 French striker Neal Maupay has also been one of the pleasant revelations along with the whole team, because he has contributed with five goals and his deployment and movements in the attacking area have left very good sensations. 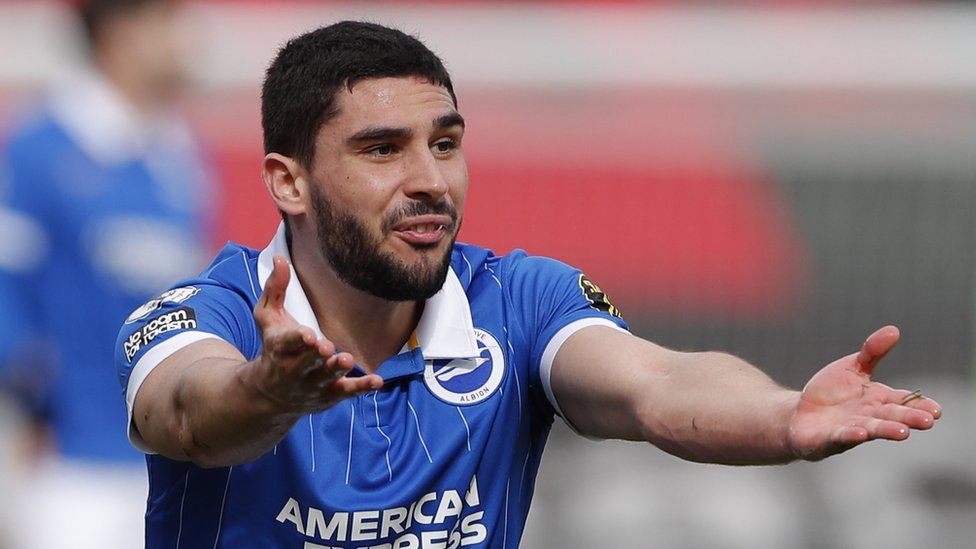 While Manchester City has had the expected good start of the campaign and is third with 15 points, but against a direct rival they want to give a blow of authority in order not to move away from Chelsea and Liverpool.
8:37 AMa month ago

Brighton: the surprise of the season

Brighton is being the surprise of the Premier League, after eight matchdays they are in fourth place with 15 points and only one defeat, although they have already accumulated three draws in a row, the last of them goalless against Norwich; their only defeat took place at home against Everton.
8:32 AMa month ago

The Brighton vs Manchester City match will be played at the Falmer Staium, in Birghton, England. The kick-off is scheduled at 12:30 pm ET.
8:27 AMa month ago

Welcome to VAVEL.com’s LIVE coverage of the Premier League: Brighton vs Manchester City!