Thank you for following the Monterrey vs. Necaxa Liga MX Date 15 telecast.
7:12 PMa month ago

Monterrey lost again, this time in the final stretch against a Necaxa team that is keeping alive its hopes of qualifying for the playoffs.
7:07 PMa month ago

Funes Mori, who was looking for the equalizer, misses the ball.
6:57 PMa month ago

Zendejas and Aguirre came out

Rodrigo Aguirre's header secures the away win for Necaxa.

Cárdenas' header is saved in the back by Cárdenas to prevent the first goal of the game.
6:42 PMa month ago

Luis Malagón is lying on the field and is being assessed.
6:32 PMa month ago

Batista's cross to the far post misses incredibly when it looked like the first.
6:22 PMa month ago

Funes Mori called for a deflection, but the ball ended up going over the back line.
6:07 PMa month ago

Rodriguez falls in the area and the referee indicates that there is nothing.
6:02 PMa month ago

Gutiérrez and Kranevitter leave the company.

Medina and Ortiz are substituted.

Gonzalez's shot that hits paint off the goalkeeper's left post.
5:37 PMa month ago

Gutiérrez, of Monterrey, has been cautioned.
5:32 PMa month ago

A bouncing ball inside the box and a play escapes the Rayados.
5:22 PMa month ago

The second half begins.
5:17 PMa month ago

Aguirre's shot goes over the goal.
5:07 PMa month ago

Four more minutes are added in BBVA.
5:02 PMa month ago

Salas' volleyed shot is too much and the ball goes over the top.
4:52 PMa month ago

Aguirre's double shot was blocked by the goalkeeper and the defense, although it had already been ruled offside.
4:47 PMa month ago

Once again Duván Zapata is left lying on the field after receiving a heavy head butt.
4:37 PMa month ago

Rodrigo Aguirre after VAR review has been cautioned.
4:32 PMa month ago

Duván Zapata was left lying on the field and medical assistance had to go in to assist him.
4:27 PMa month ago

Aguirre is fouled on the edge of the box and Necaxa will be awarded a direct free kick.
4:17 PMa month ago

Zapata tried to break through, but the Necaxa defense stopped him by bursting the ball.
4:12 PMa month ago

Vergara makes a mistake and takes a shot that Quintana saves with his defensive sweep.
4:07 PMa month ago

The match between Monterrey and Necaxa kicks off at BBVA Stadium.
4:02 PMa month ago

We are minutes away from the start of the game between Rayados de Monterrey and Rayos del Necaxa.
3:57 PMa month ago

Duván Zapata is Rayados' top scorer with four goals in 13 games and Alejandro Zendejas is the top scorer for Necaxa, having scored five times in 14 games.
3:52 PMa month ago

Necaxa fans are everywhere and today they were present at the Steel Giant to support their Rayos to keep their hopes of advancing to the playoffs alive. 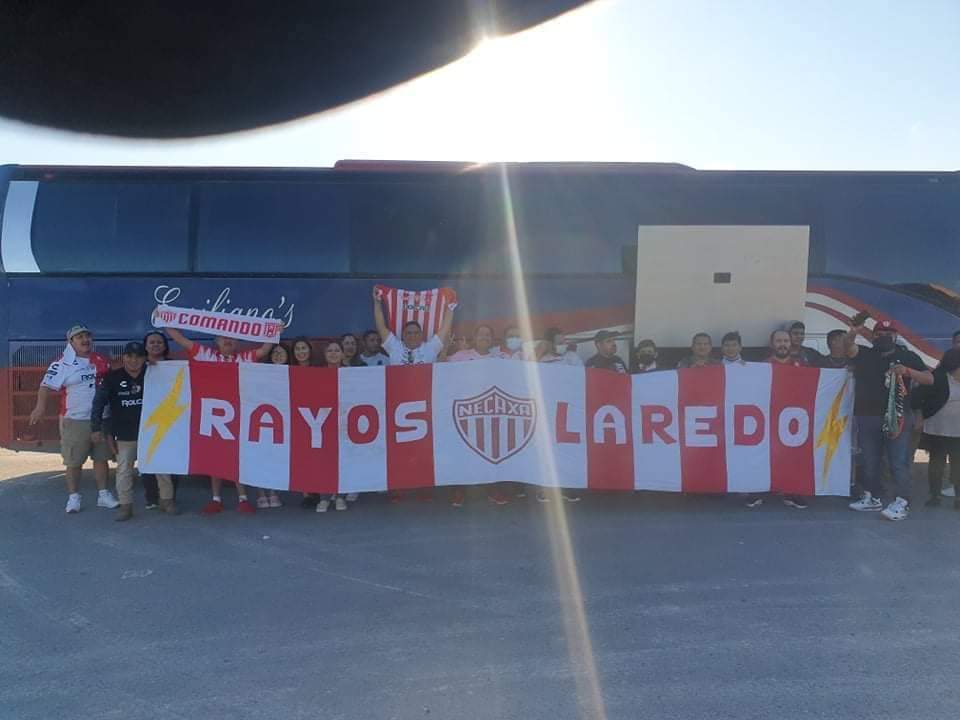 To leave everything in the field

Monterrey wants to put its poor run of results behind it and win to get closer to its goal of qualifying for the top four in the championship.

What happens if Necaxa wins?

Necaxa is in 16th place with 14 points, but a win would send it to 12th place and a chance of qualifying with two more games to go.
3:17 PMa month ago

What happens if Monterrey wins?

Despite the losing streak, Monterrey could climb to second place overall with 23 points with a win, especially if Atlas loses.
3:12 PMa month ago

Rayados de Monterrey seeks to return to winning ways against a Necaxa team that will have its last call to qualify. We begin with coverage of the game.
3:07 PMa month ago

Do not miss a detail of the match with the live updates and commentaries of VAVEL. Follow along with us all the details, commentaries, analysis and lineups for this Rayados Monterrey vs Necaxa match in Liga MX.
3:02 PMa month ago

What time is Rayados Monterrey vs Necaxa match for Liga MX?

This is the start time of the game Rayados Monterrey vs Necaxa of 23rd October in several countries:

The balance in the last five matches favors Rayados with a record of two wins and three draws, although, curiously, they have drawn three in a row.

Despite the fact that they are at the bottom of the table, but Luis Malagon's performance has been one of the highlights of the team with his good saves that have caused the Rayos to take points or not receive a higher amount of goals. 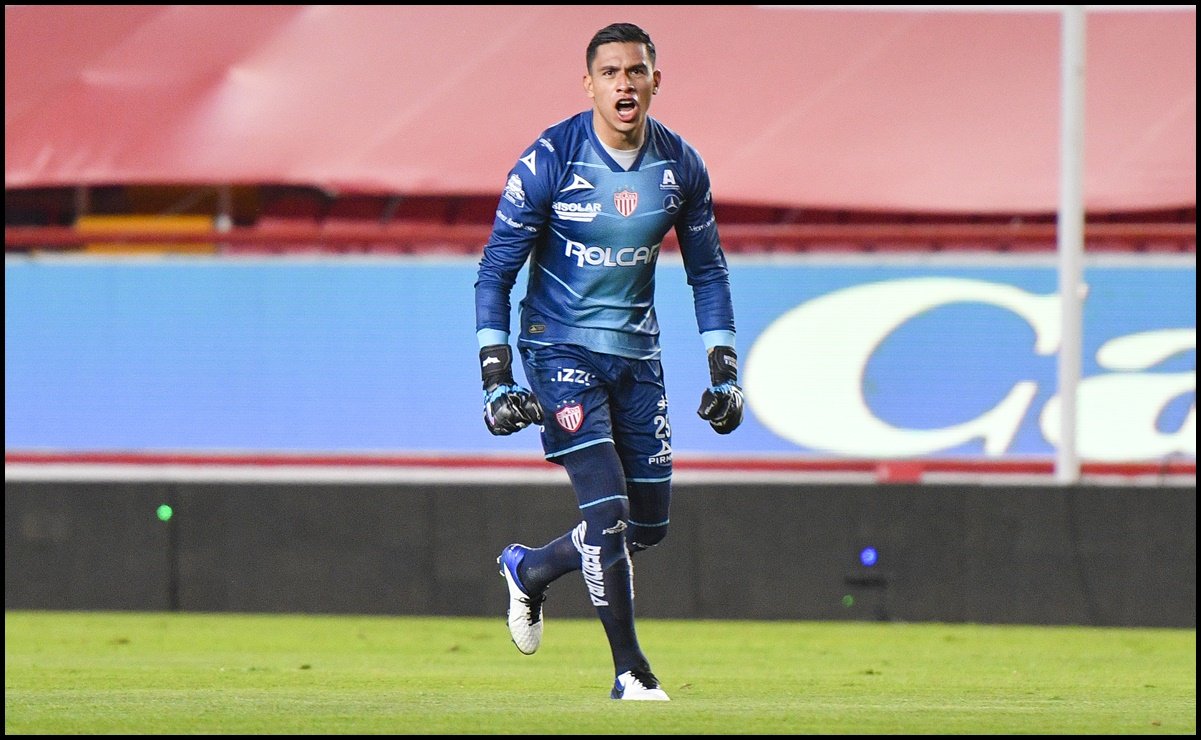 He has not been at his best in recent months, but Rogelio Funes Mori, the top scorer in the history of the Rayados and who has four goals in this Apertura 2021, can never go unnoticed. 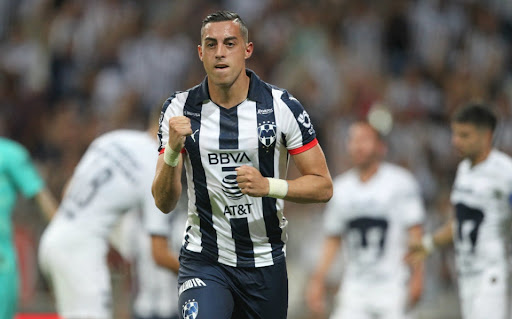 If Necaxa still wants to aspire to qualify for re-qualification, they will have to win this match, because after that they will only have six points left and staying alive would seem very complicated; on Wednesday they tied 1-1 at Toluca's home where they could not leave with the full booty despite having an extra man.
2:27 PMa month ago

"Vasco" Aguirre confessed that part of the team's mistakes are also due to his own fault, so he will have to work on soccer and emotional issues in order to get back to winning ways:

"I have not been able to touch some emotional fiber of the player, maybe this apathy of the match with Leon is attributed to me, I could not convince them that you have to play 90-minute matches. Today the opponent, offensively, let's say that we didn't suffer too much defensively, but we scored a goal quite easily, they are mistakes of lack of concentration and basically the irregularity shown by the team is my fault, it's something I have to define well", he commented at the press conference after the game against Querétaro.

Monterrey: to get out of the bad streak

The Rayados de Monterrey are facing their worst crisis since Javier Aguirre's arrival with three consecutive defeats and just a few days before facing the Concachampions final against the Águilas del América, which is why in this game against Necaxa they will have to give their best version of themselves to find victory again and win in terms of morale.
2:17 PMa month ago

The Monterrey vs Necaxa match will be played at the BBVA Stadium, in Monterrey, Mexico. The kick-off is scheduled at 6:06 pm ET.
2:12 PMa month ago

Welcome to VAVEL.com’s LIVE coverage of the 2021 Liga MX: Rayados Monterrey vs Necaxa!