It's over! Brentford advances to the quarterfinals and leaves Stoke City on the road.
3:36 PMa month ago

Fosu shot at goal, but Bursik made the save.
3:31 PMa month ago

Brentford had a series of shots, but poor finishing and goalkeeping prevented a third.
3:29 PMa month ago

Jacob Brown was on the end of a dangerous run, but Henry eventually stepped in and prevented the play from proceeding.
3:22 PMa month ago

Onyeka's shot is blocked by the defense, then Henry appears but the ball goes into the stands.
3:18 PMa month ago

Ivan Toney got up and sent an accurate header on goal, but it went just wide.
3:17 PMa month ago

Vrancic's right-footed shot ends up in the stands.
3:08 PMa month ago

Goal, goal, goal for Stoke City! Sawyers' flash that ends up in the back of Fernandez's goal.
2:55 PMa month ago

Jensen fails to score correctly and Bursik avoids the third.
2:52 PMa month ago

The complement starts
2:35 PMa month ago

At the end of the first half, the visitors take the lead momentarily.
2:28 PMa month ago

Goal, goal, goal for Brentford! Ivan Toney finishes off a great pass from Forss to increase the lead.
2:21 PMa month ago

Brentford are on top of the home goal, looking to increase the lead.
2:14 PMa month ago

Tymon's service, but the ball goes over the end line; very sloppy.
2:09 PMa month ago

Goal, goal, goal for Brentford! Sergi Canós sent a shot from the edge of the area and Bursik could do nothing.
2:08 PMa month ago

Sergi Canó's shot, but Bursik intervenes and avoids the first one.
2:04 PMa month ago

Filtered service looking for Jenssen, but it ends up fizzling down the end line.
2:01 PMa month ago

Filtered service looking for Jenssen, but it ends up fizzling down the end line.
1:56 PMa month ago

The match started back and forth, with both teams looking to generate danger.
1:47 PMa month ago

The actions start to define who qualifies for the quarterfinals
1:43 PMa month ago

Looking for the victory

Brentford are already at the match venue, the players will be looking to continue their good run of form.
1:30 PMa month ago

Stoke City are already at their home stadium ready to look to qualify for the next round.
1:20 PMa month ago

Both the local and the visitors' dressing rooms already show all the clothing that the players will wear to face these round of 16.
1:15 PMa month ago

The fans are already present at Stoke City's stadium, ready to witness this match.
1:10 PMa month ago

Danny Batth is suspended for this match; plus Powell, Sam Clucas, Joe Allen and Morgan Fox are all out through injury. On the other hand Tommy Smith and Abdallah Sima could see their return, in addition to the reinstatement of Tyrese Campbell as a starter.
12:55 PMa month ago

In a few moments we will share with you the Stoke City vs Brentford live starting lineups, as well as the latest information from the Britannia Stadium. Keep an eye on the action with VAVEL's minute-by-minute live online coverage.
12:45 PMa month ago

How to watch Stoke City vs Brentford Live Stream on TV and Online?

If you want to watch the game Stoke City vs Brentford live on TV, your options is: ESPN.

Thomas Frank spoke ahead of the clash: "We're going up against a very good team in Stoke City, where Michael O'Neill has done a great job in stabilizing the club. The top six in the Championship and the bottom ten in the Premier League are not very different, especially for 90 minutes."
12:35 PMa month ago

Michael O'Neill told a conference ahead of the Round of 16 clash, "We've changed goalkeepers once this season, we're not going to change it every week."

"We made the decision to start the season with Joe. Adam had come back a bit later for pre-season from the Euros."

"I explained at the time (we switched in September) that it was a combination of Joe had a difficult game at Derby, Adam had a fantastic game at Watford, and I thought Adam deserved the chance at the time."

"Adam had a difficult game because of the goal we conceded against Bournemouth, and we thought it was the right time to put Joe back in."

"I think when you're a Championship team you always look at the teams that have been promoted and Brentford have done very well in the Premier League now they've got there. "The games between us have been very close and very competitive in the period I've been at the club.

He showed no mercy!

Brentford qualified for this round after a seven-nil thrashing of Oldham Athletic, with Marcus Forss scoring four of the seven goals.
12:25 PMa month ago

Aiming to continue to surprise

Stoke City come into this match after knocking out Watford three goals to one; a situation that O'Neill's charges will be looking to make the most of and give a good game to keep going through the rounds. 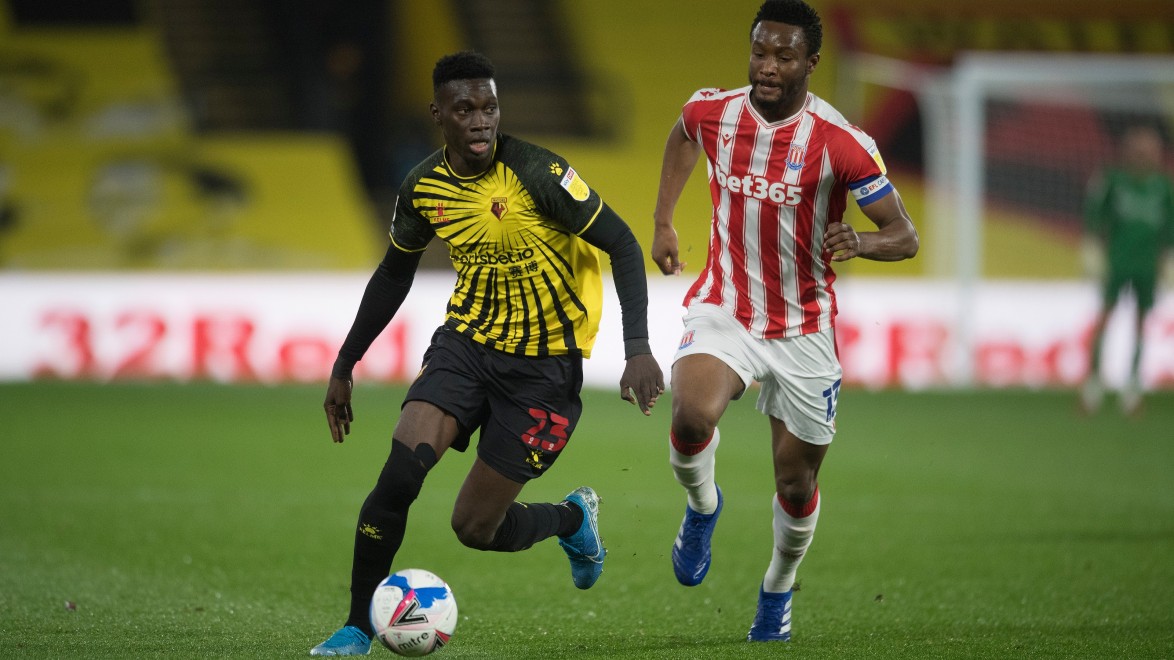 The match will be played at the Britannia Stadium.

Stoke City vs Brentford will be played at the Britannia Stadium, located in Stoke-on-Trent, England. The capacity of the stadium is 30,089 people.
12:15 PMa month ago