GET0
END7 hours ago

Thank you for following the Celta de Vigo-Real Sociedad LaLiga match on Matchday 11.
1:55 PMa month ago

Still at the top

Real Sociedad was convincing and won the victory that allows them to remain at the top of the table.
1:50 PMa month ago

The Celta substitution was made, with Araujo entering and Aidoo leaving.
1:40 PMa month ago

Rico enters and Muñoz exits, instead of Real Sociedad.
1:30 PMa month ago

A corner kick from the top right that Merino slammed home at the far post to increase the deficit.

Solari and Galhardo come in

Mendes had scored inside the three posts, but the goal was disallowed for offside, which the VAR has already reviewed and does not consider valid.
1:15 PMa month ago

Cervi and Tapia come in

Isak's shot passes close when he had put a lot of power into it.
1:05 PMa month ago

Zubeldia, Sorloth and Turrientes come in.

Januzaj, Portu and Silva come off the pitch.

Now it is Aspas who tries from half distance and the ball goes over the top.
12:55 PMa month ago

Aspas' shot was saved by Ryan and then Mina's header was saved again by the goalkeeper.
12:45 PMa month ago

After reviewing the play, the goal was awarded to Isak, who just pushed the ball into the net all alone.

Goal disallowed to Isak after a rebound, due to a previous advanced position.
12:35 PMa month ago

The second half begins between Celta and Real Sociedad.
12:25 PMa month ago

Fran Beltrán has been cautioned.
12:15 PMa month ago

Incredibly, Real Sociedad was saved by a double save from Ryan, especially with Aspas' second attempt.
12:10 PMa month ago

Mat Ryan's cross into the box is deflected away by Mat Ryan to chase away the trouble.
12:05 PMa month ago

Aspas with a mid-range shot that goes wide.
12:00 PMa month ago

Martín Zubimendi manages the overflow, but does not manage to get the service in because he ran out of the back line.
11:55 AMa month ago

Another attempt from outside the box by Adnan Januzaj, this time going just wide.
11:50 AMa month ago

Adnan Januzaj with a mid-range shot that goes wide.
11:45 AMa month ago

Denis Suárez's shot at the near post and a great save by the goalkeeper to prevent his goal from being saved.
11:40 AMa month ago

The match between Celta de Vigo and Real Sociedad kicks off.
11:30 AMa month ago

We are minutes away from the start of the game between Celta de Vigo and Real Sociedad for the 11th LaLiga match of the season.
11:25 AMa month ago

Mexico's Néstor Araujo will once again start on the substitutes' bench, although with the possibility of coming on for the second half as he did last time.
11:20 AMa month ago

They want the top

With the support of their away fans, Alexander Isak and all of Real Sociedad will be looking for another win this afternoon to guarantee their stay in Spain's LaLiga for another week. 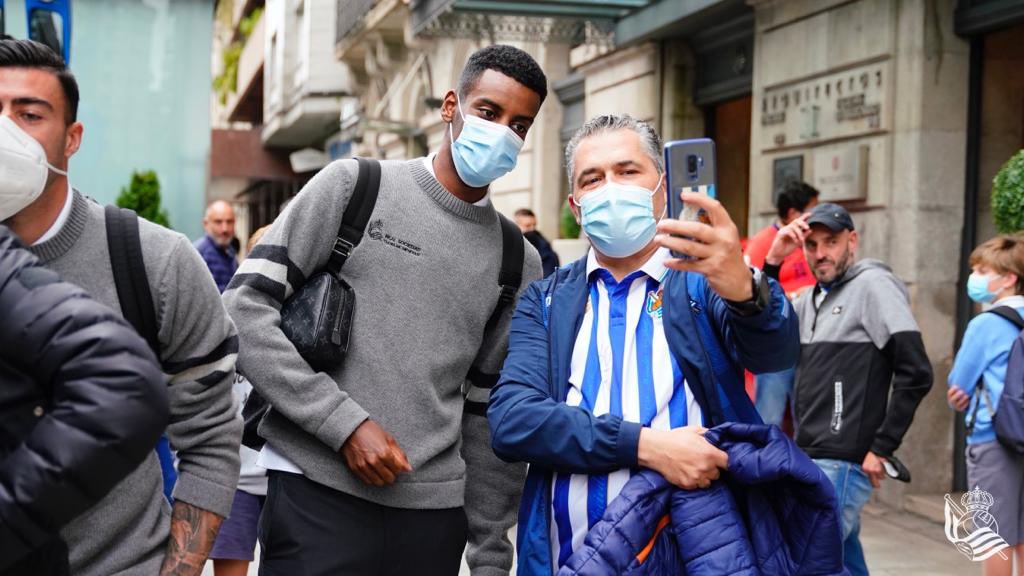 With humidity and some cold, this was the way Celta de Vigo entered the Balaídos stadium to look for one more victory in the season.

What happens if Celta wins?

If Celta wins this afternoon, it could move up from 14th to 11th place with 13 points, although it will depend on goal difference to know if it overtakes Valencia or not.
10:45 AMa month ago

What happens if Real Sociedad wins?

With the results of this matchday, Real Sociedad dropped to fourth place, 21 points, although with a lower goal difference than the other three teams, however, in the event of a draw or a win, they would once again be at the top of LaLiga.
10:40 AMa month ago

Celta de Vigo and Real Sociedad open Thursday's activity in the Spanish league with three matches scheduled for today. We begin with the coverage.
10:35 AMa month ago

Do not miss a detail of the match with the live updates and commentaries of VAVEL. Follow along with us all the details, commentaries, analysis and lineups for this Celta vs Real Sociedad match for the LaLiga.
10:30 AMa month ago

What time is Celta vs Real Sociedad match for LaLiga?

This is the start time of the game Celta vs Real Sociedad of 28th October in several countries:

The series has been very balanced in the last five matches with the balance slightly tilted to Sociedad with three wins and two draws in any field.

After many years he returned to Spanish soccer, but David Silva's level is still very good and has been one of the key points for the good start in the local tournament, as well as with the good results in the UEFA Europa League. 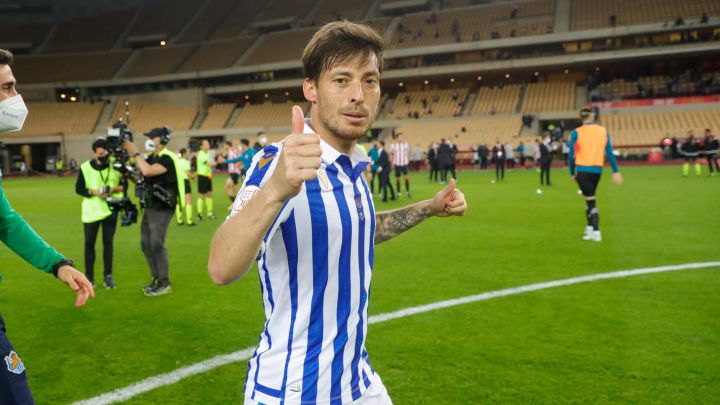 Games and seasons go by, but Nolito is still the vital man to pull the strings in the midfield, as his intelligence and precise touches can be the key in case the game gets tight. 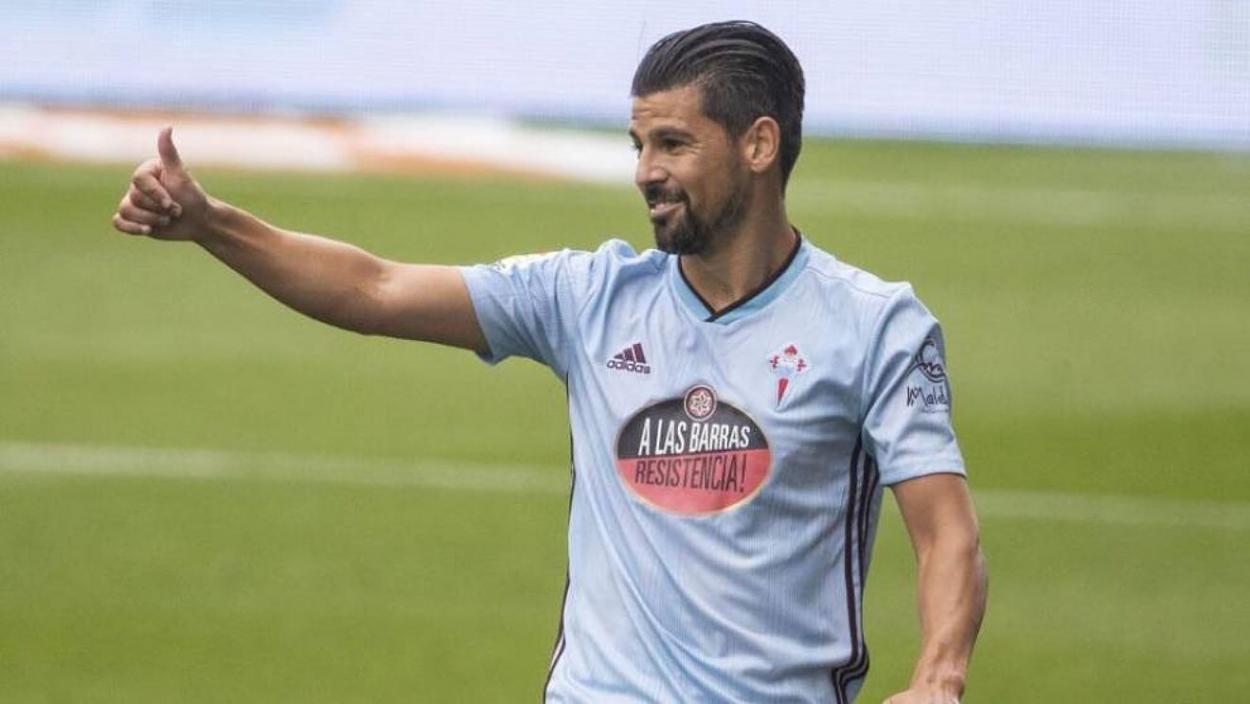 With Barcelona and Atlético de Madrid's poor performances, one team that has surprised at the start of the season has been Real Sociedad, which, going into this matchday, are in first place with 21 points from six wins, three draws and only one loss; on Sunday they rescued a 2-2 draw as visitors against Los Colchoneros.
9:55 AMa month ago

Celta: to be strong at home

After two defeats in a row, Celta de Vigo returned to winning ways by crushing bottom-placed Getafe 3-0, which allowed them to reach 14th place in the general table with 10 points, highlighting that their pending task is to win at home because they have only done so once.
9:50 AMa month ago

The Celta vs Real Sociedad match will be played at the Balaídos Stadium, in Celta, Spain. The kick-off is scheduled at 1:00 pm ET.
9:45 AMa month ago

Welcome to VAVEL.com’s LIVE coverage of the LaLiga: Celta vs Real Sociedad!