I would like to thank you here for your audience in yet another LaLiga match. A good night and see you next time!
4:28 PM3 months ago

Atletico return to the field on Sunday (31), when they face Betis. Levante plays on Monday (01), when it receives Granada.
Standings provided by SofaScore LiveScore
4:24 PM3 months ago

RED CARD AND END OF MATCH

Pier is yellow carded and thus sent off for complaining, just as the referee points to the center of the field and ends the match!
4:19 PM3 months ago

Bardhi took the corner and Pier headed it dangerously over the goal!
4:15 PM3 months ago

Bardhi went for the ball once again and hit it hard, on the right, with Oblak unable to get it out of the middle of the goal, tying the match once again! And we will have EIGHT more minutes of extra time!
4:12 PM3 months ago

The referee went to the VAR, reviewed a throw that even had little complaint and gave the penalty to Levante! The shot was deflected and the ball hit Renan Lodi's arm!
4:09 PM3 months ago

Yellow card to Giménez, for a foul stopping a counter-attack.
4:06 PM3 months ago

Simeone had already been yellow-carded in the first half. Now, once again for complaining, the coach is yellow carded and sent off the field. And we have a substitution at Levante: Pepelu leaves and De Frutos enters.
4:01 PM3 months ago

Matheus Cunha received inside the area on a great pass from De Paul and hit it hard, low, to beat Aitor and put the ball in the net.
4:00 PM3 months ago

Levante substitution: Malsa went out and Martínez came in. (Yes, everything that happens is a substitution)
3:56 PM3 months ago

Double substitution in Levante: Dani Gómez and Son left for Miramón and Cantero.
3:52 PM3 months ago

Replacement in Atletico: Hermoso out, Renan Lodi in.
3:50 PM3 months ago

Yellow card to Koke for stepping on an opponent in the attack field.
3:43 PM3 months ago

Morales makes the first touch on the ball and it rolls into the second half of the match!
3:31 PM3 months ago

The teams appear on the field, unchanged, to start the second half.

Griezmann opened the scoring, Bardhi equalized and so the game goes to halftime!
3:10 PM3 months ago

Yellow card to Pepelu, for bringing down João Félix on the counter attack.
3:07 PM3 months ago

Bardhi went for the ball and sent it into the left corner, with Oblak coming out to the right, tying the match!
3:06 PM3 months ago

In the corner coming from the left Pier deflected at the first post and Koke saved over the defense! Then, from another corner, Suárez brought down Rúben Vezo on the edge of the penalty area, giving away a penalty!
2:56 PM3 months ago

Duarte got the strong shot from inside the area, high up, and Oblak got it!
2:55 PM3 months ago

Yellow card to Felipe, for a hard foul on Franquesa on the left.
2:42 PM3 months ago

In a move started from a corner that the defense took, Griezmann got it, crossed and there was a touch to the middle, from Felipe, where Griezmann was to head it into the back of the net!
2:36 PM3 months ago

The first chance of the match was with João Félix, who took a chance from the edge of the area and sent it towards the goal, but Aitor Fernández saved Levante!
2:30 PM3 months ago

Suárez takes the first touch on the ball, and the ball rolls into the first half of Levante and Atlético de Madrid!
2:29 PM3 months ago

The players leave the pitch at the Estadio Ciudad de Valencia to finish their preparation for the match in the locker rooms and then return to the field.

Also on Tuesday, we have another draw, now between Villarreal, 3-3. Opening the fourth, Rayo Vallecano beat Barcelona 1-0 and Mallorca drew 1-1 with Sevilla.
2:03 PM3 months ago

The 11th round of LaLiga started on Tuesday (26), when Alavés beat Elche 1-0. On the same day Espanyol drew 1-1 with Bilbao.

The players take to the field to start the warm-up work for the match.
1:51 PM3 months ago

Levante is scheduled for the match and will play with: 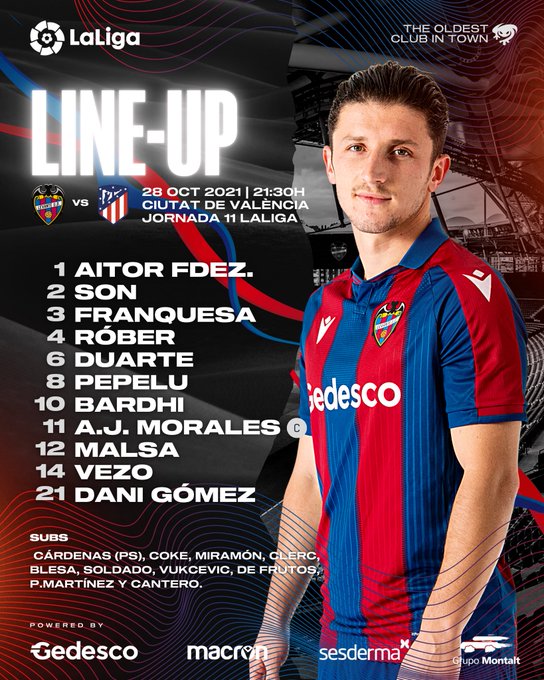 Atletico is scheduled for the match and will play with: 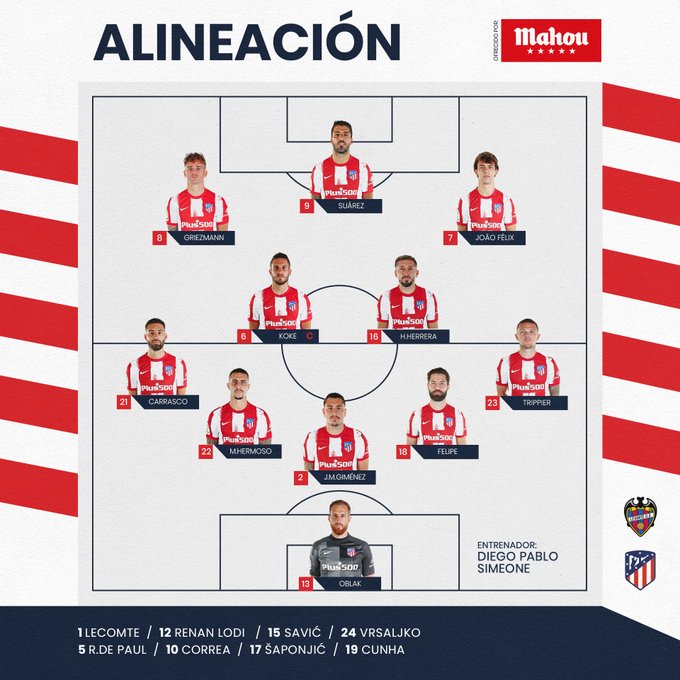 Now begins the broadcast of the LaLiga match between Atlético de Madrid and Levante!

Do not miss a detail of the match with the live updates and commentaries of VAVEL. Follow along with us all the details, commentaries, analysis and lineups for this Levante vs Atletico de Madrid match.
1:31 PM3 months ago

If you want to watch the game Levante vs Atletico de Madrid live on TV, your options is: none.

What time is Levante vs Atlético de Madrid match for LaLiga?

This is the start time of the game Levante vs Atletico de Madrid of 28th October 2021  in several countries: 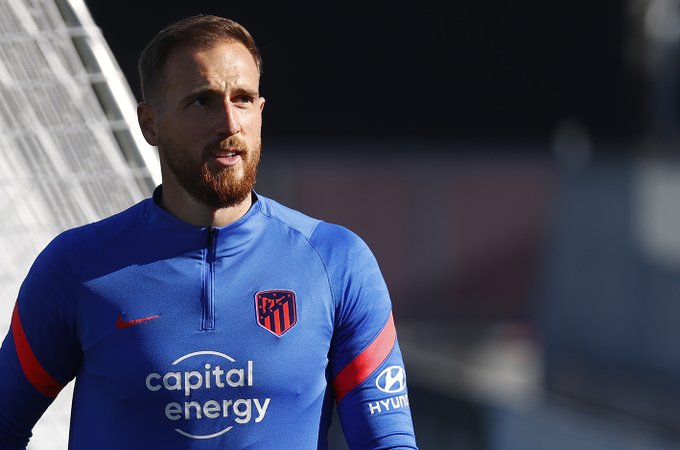 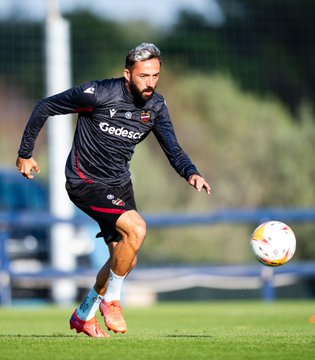 With everyone on the disabled list below injured, Javier Pereira will be unable to use Mustafi, Marti, Postigo and Campana, while Diego Simeone will be without Lemar and Llorente.
1:01 PM3 months ago

Atlético de Madrid are in seventh position with 18 points, one behind Osasuna and Rayo Vallecano, and one ahead of Bilbao. Meanwhile Levante are on five points, in 19th position, three above Getafe and two behind Granada, the first team in the relegation zone.
12:56 PM3 months ago

Atletico de Madrid come from the same results as Levante, a draw and a defeat. Against Liverpool, in the Champions League, the defeat was at home, on Tuesday (19), by 3-2, with Salah opening the score, Keita expanding it, and then Griezmann sought the equalizer, but Salah got the goal and gave the victory to the Reds. And last Sunday (24), against Real Sociedad, once again the opponent took the lead, with Sorloth and Isak, but Luis Suarez scored twice and closed the score 2-2.
12:51 PM3 months ago

Levante comes from a loss and a draw in the last two games. On the 16th, against Getafe, at home, came the 0-0 draw. And right after that, last Sunday (24), the defeat was by thrashing Sevilla, by 5 to 3. Óliver Torres, Rafa Mir, Diego Carlos, Munir and Fernando scored for Sevilla, while Morales (2) and Melero scored for Levante.
12:46 PM3 months ago