Thank you very much for tuning in

Follow all the information on all VAVEL platforms.
7:21 PMa month ago

The match is over at the Corregidora stadium, Cruz Azul takes the 3 points by defeating Querétaro 2 goals to 1.
6:53 PMa month ago

Card for yellow for Ana Becerra and Fatima Servin
6:50 PMa month ago

Yellow card for Natalia Enciso of the visiting team.
6:44 PMa month ago

Queretaro looking for an equalizer in the final minutes of the game.
6:37 PMa month ago

Goooooooool! for Queretaro, Sofia Alvarez scores the first goal for the home team.
6:35 PMa month ago

In Ana Huerta Out Karime Abud.

Corner kick that could be a great opportunity for the home side
6:29 PMa month ago

Yellow card for Daniela Monroy, for a foul on Brenda Viramontes.
6:26 PMa month ago

First yellow card in the match for Querétaro's Brenda Viramontes
6:25 PMa month ago

The pace and intensity of the game slows down, the teams are unable to impose their conditions
6:21 PMa month ago

The visitors are getting closer to the third goal, but they are starting to generate dangerous plays.
6:18 PMa month ago

Querétaro takes possession of the ball and looks for its first goal of the match.
6:13 PMa month ago

Change due to injury in the light blue squad:

Out Itzayana Gonzalez In Karla Morales

Hard collision between Itzayana Gonzalez and Brenda Leon, medical assistance is on the way.
6:09 PMa month ago

Changes for the home team

In Valeria Aurora Out Scarleth López

Second goal of the game

First goal of the match

This opened the scoring:

At the end of the first half, Cruz Azul is defeating Querétaro 2 goals to 0 at La Corregidora.
5:46 PMa month ago

Goooooooooool! Karime Abud brings down the ball in a great way and with her right foot puts the ball in the back of the net, Cruz Azul already leads 2-0.
5:37 PMa month ago

Quéretaro, in these last minutes of the first half, seeks to tie the game with long distance shots.
5:33 PMa month ago

The ball is constantly being fought for in the midfield but both teams continue to fail to generate scoring moves.
5:30 PMa month ago

A corner kick is taken in favor of Querétaro but does not generate any danger.
5:27 PMa month ago

Magaly Cortes' dangerous cross, but an offside had been flagged earlier.
5:21 PMa month ago

The first 20 minutes of the match were over and at the moment, with no dangerous arrivals, the score remains 1-0 in favor of Cruz Azul.
5:17 PMa month ago

Queretaro began to press, getting closer and closer to tying the match.
5:14 PMa month ago

A powerful shot by Magaly Cortes goes just wide, but close to the second goal.
5:11 PMa month ago

The sky-blue girls did not stop attacking and were looking for a second goal at any cost.
5:08 PMa month ago

The ball is hard fought for, but there is still no dangerous play.
5:06 PMa month ago

After the early goal, the home team began to gain possession of the ball.
5:04 PMa month ago

Goooooooooooool! for Cruz Azul Femenil, quickly after a great cross from Daniela Monroy, it is precise for a good shot from Brenda León and the visitors take the lead.
5:01 PMa month ago

The match between Cruz Azul femenino and Queretaro femenino kicks off!
4:55 PMa month ago

These are the matchups between Querétaro and Cruz Azul:

The equipment is ready

The two teams are about to take the field, getting ready to listen to the anthem of the Liga MX.
4:40 PMa month ago

For a ticket to the playoffs

Queretaro and Cruz Azul are obliged to get the three points in order to reach the playoffs, the light blue team depends on themselves, while the local team needs a combination of results.
4:37 PMa month ago

The teams are already warming up

The teams start to warm up, closer and closer to the starting whistle:

This is the lineup of the home team:

This is the starting eleven that Professor Roberto Pérez will send to the field:

Everything ready at the Corregidora

Everything is ready on the field at the Estadio de la Corregidora for another match between Cruz Azul femenino and Querétaro femenil.

Follow VAVEL's live online minute-by-minute coverage and all the information about the matchday 14 match at the Corregidora stadium in Queretaro.
4:05 PMa month ago

Watch out for this Cruz Azul player

Dalia Molina is the player to watch for the Celestes, an attacking midfielder, with a stint with Monarcas Morelia and with the Aguilas del America, in the current tournament with Cruz Azul she has 13 games played and 12 as a starter, with 933 minutes played, she will look to shine on the field and continue to gain the trust of Professor Roberto Medina. 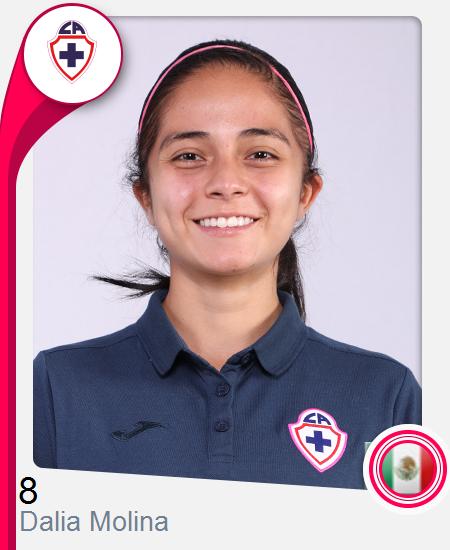 Watch out for this player from Queretaro.

Jazmin Enrigue is undoubtedly a player to watch in the match against the Celestes, her time at Tigres was of great importance for the level that the Mexican midfielder now demonstrates game by game, she has 12 games as a starter in the current tournament with 1058 minutes and has 1 goal in her account, a great all-around player and key player in Carla Rossi's team. 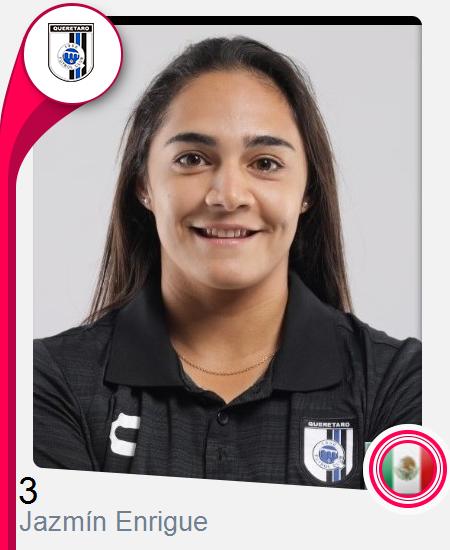 Where and how to watch Queretaro vs Cruz Azul

The match will be broadcasted by TVC.

If you want to watch the match live on the Internet, VAVEL is your best option.

Queretaro wants to climb out of the bottom of the table

The team coached by Carla Rossi wants to get out of the bottom of the general table, as they are currently in 15th place, with only 10 points, after losing 1-0 against Toluca.
3:35 PMa month ago

After the win at home against Mazatlán, Cruz Azul is looking to enter the playoffs for the first time since its foundation under the guidance of professor Roberto Medina.
3:30 PMa month ago

Good afternoon to all VAVEL readers! Welcome to the live broadcast of the Queretaro vs Cruz Azul match, corresponding to Day 14 of the Liga Femenil MX. The match will take place at Estadio Corregidora  at 17:00 PM