ALA0
END16 hours ago

We hope you enjoyed the Manchester City vs Crystal Palace matchday ten of the Premier League. Continue to visit the VAVEL website to keep up to date with all the information that comes up throughout the day.
10:59 AM3 months ago

The match is over at the Etihad Stadium, the citizens fall by the minimum against Crystal Palace.

The match started too shaky for the locals, at the beginning of the match the Spaniard Laporte made a mistake at the start that would end up costing them a goal against, then, Manchester City could not get up in the first half of the first half because no matter how hard they tried, the ball refused to enter the net.
In the second half, Gabriel Jesus managed to score what seemed to be the equalizer of the match, however, the VAR annulled the play for an offside. The rest, the Eagles defended their goal tooth and nail to get the three points with a goal by Gallagher to end the match. 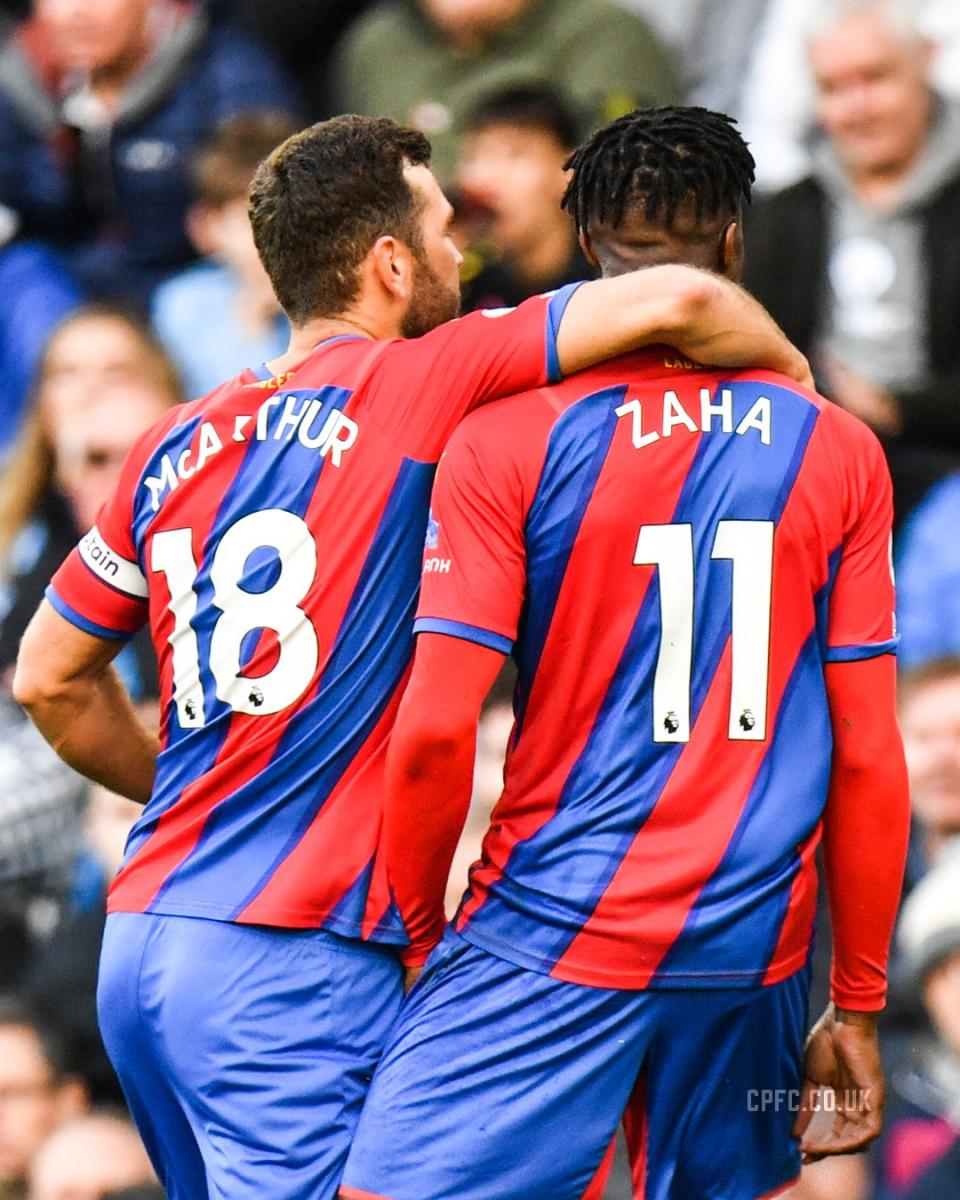 Last 10 minutes of the match! Manchester City are still down on the scoreboard and time is slowly starting to become their worst enemy, while Crystal Palace are looking for a goal to kill the game.
10:34 AM3 months ago

Last 20 minutes of the match! Manchester City are still down on the scoreboard, however, they keep trying to get the equalizer.
10:25 AM3 months ago

THERE'S CONTROVERSY! The referee decrees an offside by the Brazilian and after reviewing the play in the VAR, the central referee declares the goal disallowed.
10:23 AM3 months ago

Gabriel Jesus pops up in the match to tie things up and the champions are back in the match.

Crystal Palace is who goes on the attack, Zaha takes a shot desperate to find the goal but crashes into the figure of Cancelo.
10:08 AM3 months ago

The second half kicks off between Manchester City and Crystal Palace. The eagles win the match from the 6th minute after a mistake in the start by Laporte.
9:52 AM3 months ago

The first half ends at the Etihad Stadium, surprisingly City is still down by the minimum difference.
9:37 AM3 months ago

Phill Foden took a shot from outside the area and his attempt hit the goalkeeper. City are still looking for an equalizer.
9:29 AM3 months ago

YELLOW! Jordan Ayew is yellow-carded after a hard foul on Grealish.
9:26 AM3 months ago

Kouyaté manages to make Rodri fall into desperation to regain the ball and wins a free kick in favor of the eagles to stop the revolutions of the citizens.
9:22 AM3 months ago

Joao Cancelo went on the attack in search of an equalizer, but his shot hit the back line.
9:16 AM3 months ago

THAT'S HOW THE GOAL FELL!

After a mistake at the start of the Citizens' attack, Zaha scored and sent the ball into the net.

Wilfried Zaha's left-footed shot is saved in the goal defended by Ederson. The visitors win it by the minimum at the moment.

The whistle blows from the Etihad Stadium and the ball starts to roll, citizens and eagles return to dispute three points.
8:48 AM3 months ago

In moments we start

In a couple of minutes we will start with the broadcast of the match: Manchester City vs Crystal Palace, matchday 10.
8:43 AM3 months ago

How are the eagles doing?

The Eagles are in 15th place in the overall Premier League table with 9 points, a very difficult situation for the team coached by former World Cup winner Patrick Vieira. Palace's visitors must make up ground in the English league standings to avoid slipping into the relegation zone.

Palace's visitors have a record of 2 draws and 3 defeats in their last 5 matches.

The Eagles' absentees for this match are Nathan Ferguson and Eberechi Eze due to injury.

How are citizens doing?

The Citizens are 3rd in the overall standings with 20 accumulated points. The squad led by Spanish coach Josep Guardiola has managed to keep pace with the leaders of the Premier League, Liverpool and Chelsea, however, the lack of top strikers who finish many scoring opportunities has taken its toll.

The Citizens have a home streak of 3 wins and 1 draw in their last 5 home games, with the home side scoring at least 2 goals per game.

The Citizens' confirmed absentee for this match is Ferran Torres due to injury.

Regarding home performance, Manchester City has a balance of three wins and one draw in four home games played, so it is shown as a solid team in its stadium, getting most of the points played. On the road, Crystal Palace has a record of two defeats and two draws in four games played so far, figures that show the team's shortcomings during their away games.
8:28 AM3 months ago

The Crystal Palace team is already at the Etihad Stadium, the eagles will look to continue ruining the week for the citizens.
8:18 AM3 months ago

Despite last Wednesday's defeat in the quarterfinals of the Carabao Cup, the Citizens return home with the support of their fans who never abandon them in good times and bad. 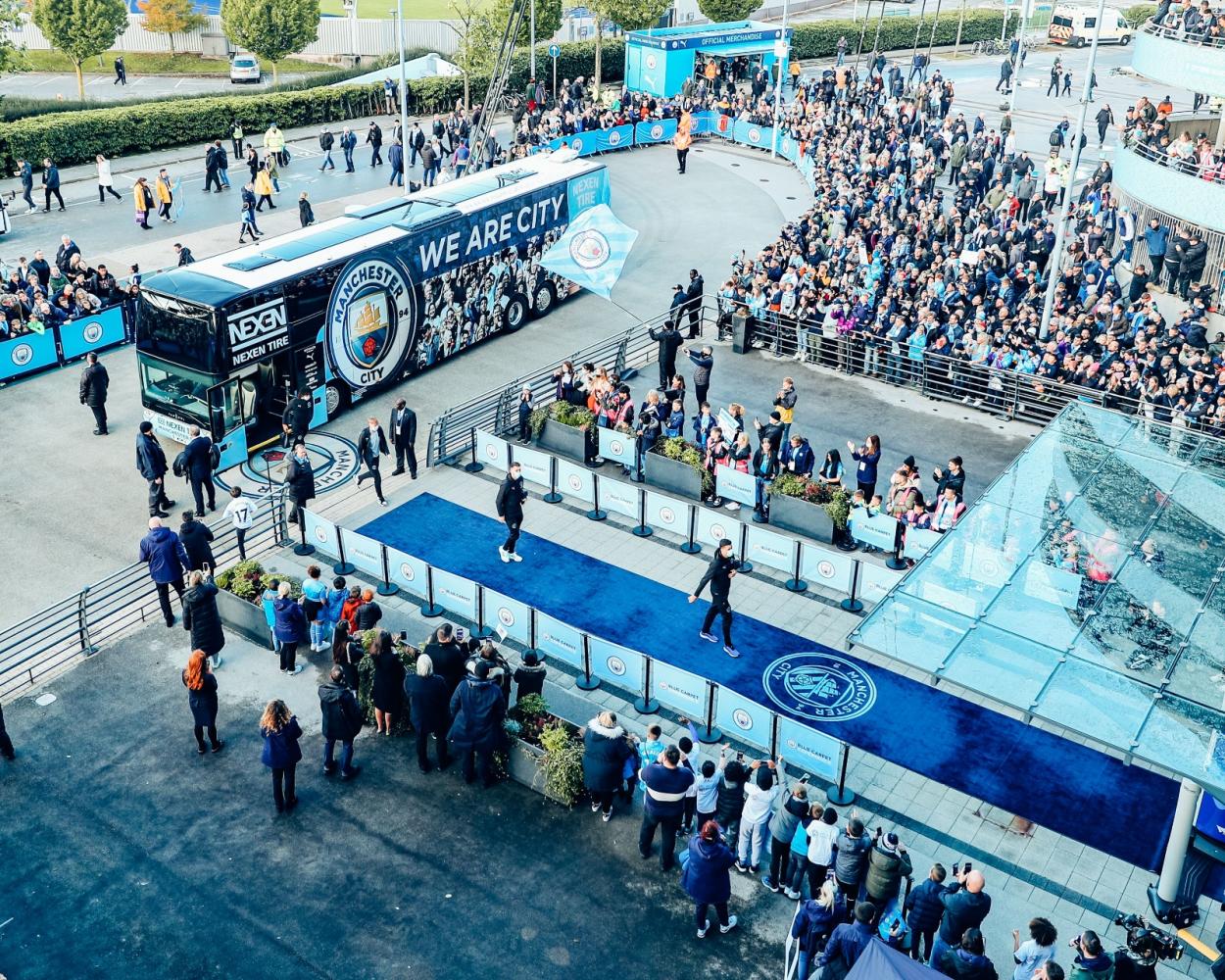 The champion's starting 11 is ready! 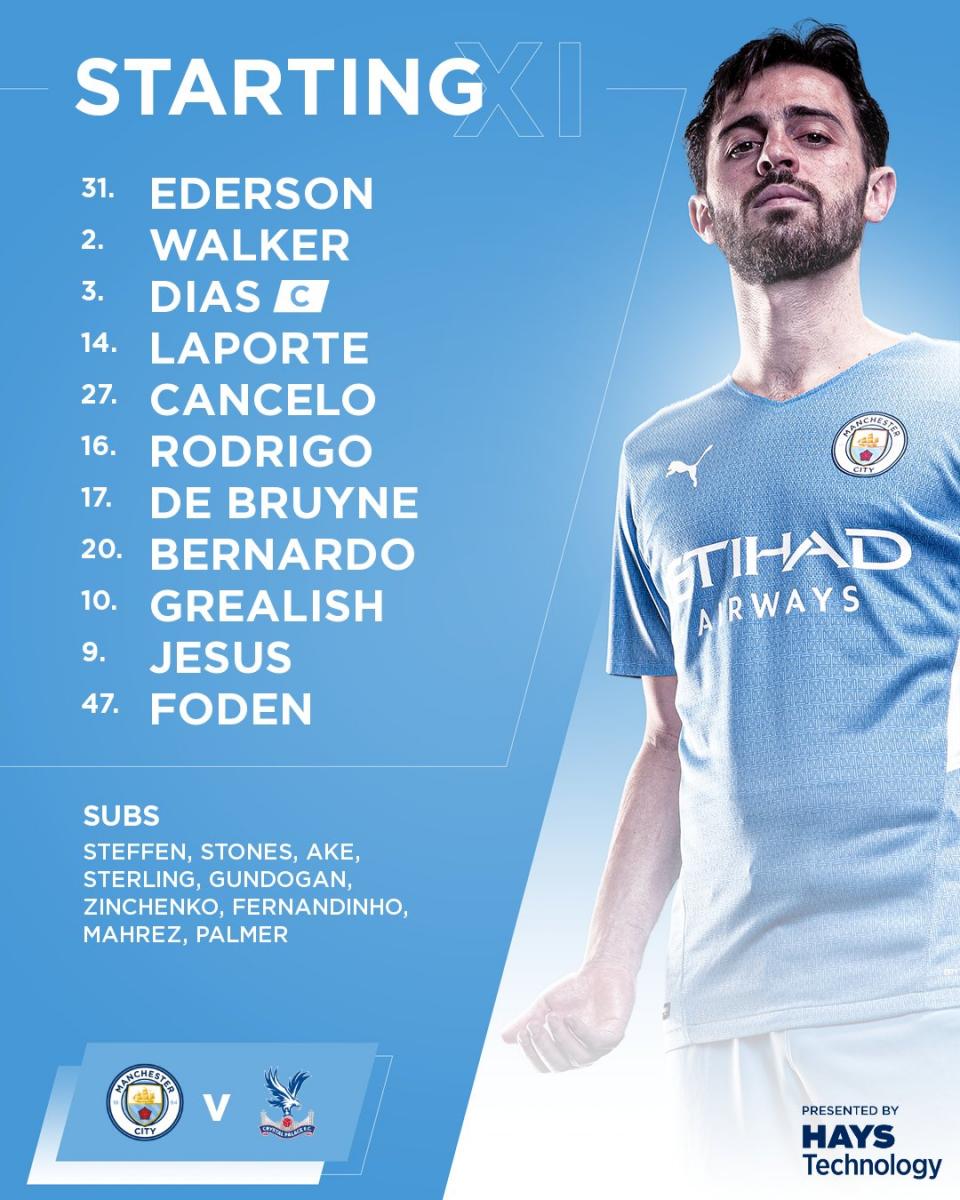 Manchester City are without Spanish winger Ferran Torres, who is sidelined with a metatarsal injury.

Teenage winger Liam Delap returned from an ankle problem against Rotherham in the EFL Trophy in midweek and will hope to avoid further setbacks.

Full-back Nathan Ferguson is still on his way back for Palace, while Ebere Eze is nearing a long-awaited return after recovering much quicker than expected from a ruptured Achilles tendon suffered towards the end of last season.

The wait is over, the Premier League action resumes with the duel between Manchester City vs Crystal Palace. The Eagles are looking for a win to climb up the table, while Pep Guardiola's men are looking to heal the midweek wound after the elimination against West Ham.
10:27 AM3 months ago

Do not miss a detail of the match with the live updates and commentaries of VAVEL. Follow along with us all the details, commentaries, analysis and lineups for this Manchester City vs Crystal Palace match.
10:22 AM3 months ago

What time is Manchester City vs Crystal Palace match for Premier League?

This is the start time of the game Manchester City vs Crystal Palace of 30th October in several countries: 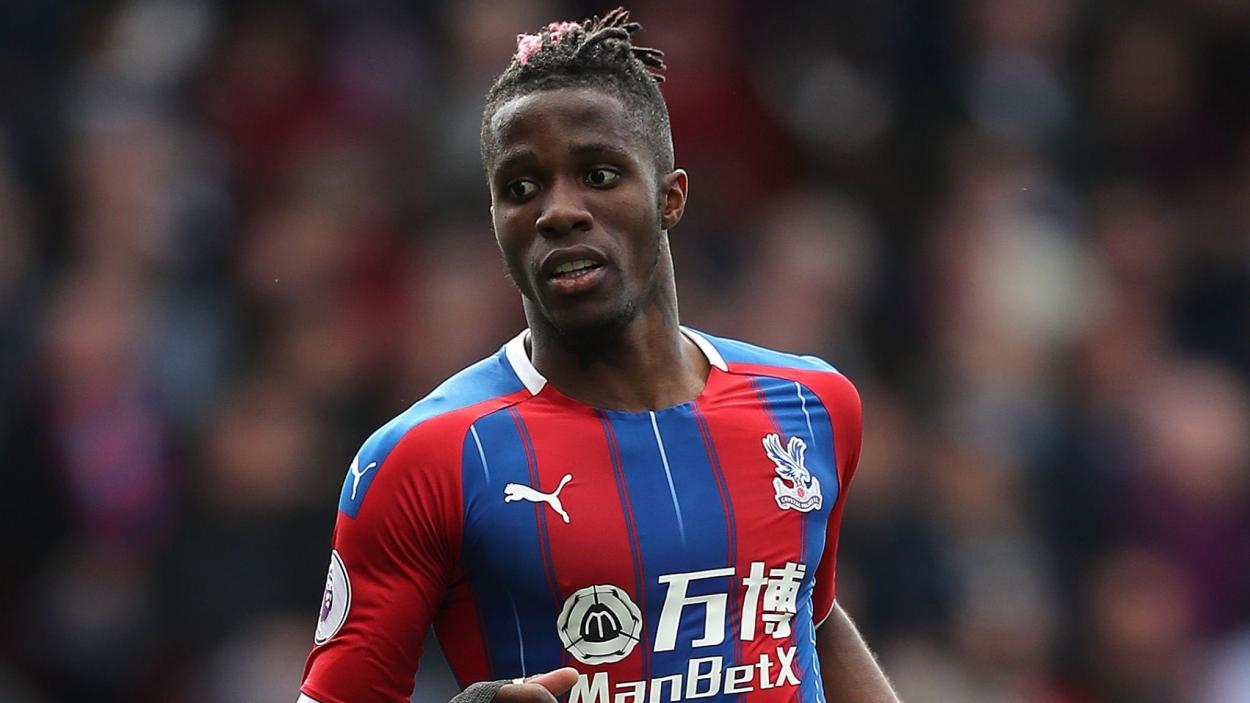 Watch out for this Manchester City player

Joao Cancelo has become one of the fundamental pieces in Pep Guardiola's possession, the right-back has gone from strength to strength since his arrival in the Premier League being an undisputed starter and increasing his value in the transfer market. Last season he was selected in the best eleven of the English league where he stood out for playing 28 games as a starter, scoring 2 goals and contributing with 3 assists, also, he is one of the most experienced figures of the Portuguese national team so for this match, Cancelo will be the player to follow for the possible problems he could cause Tottenham when attacking. 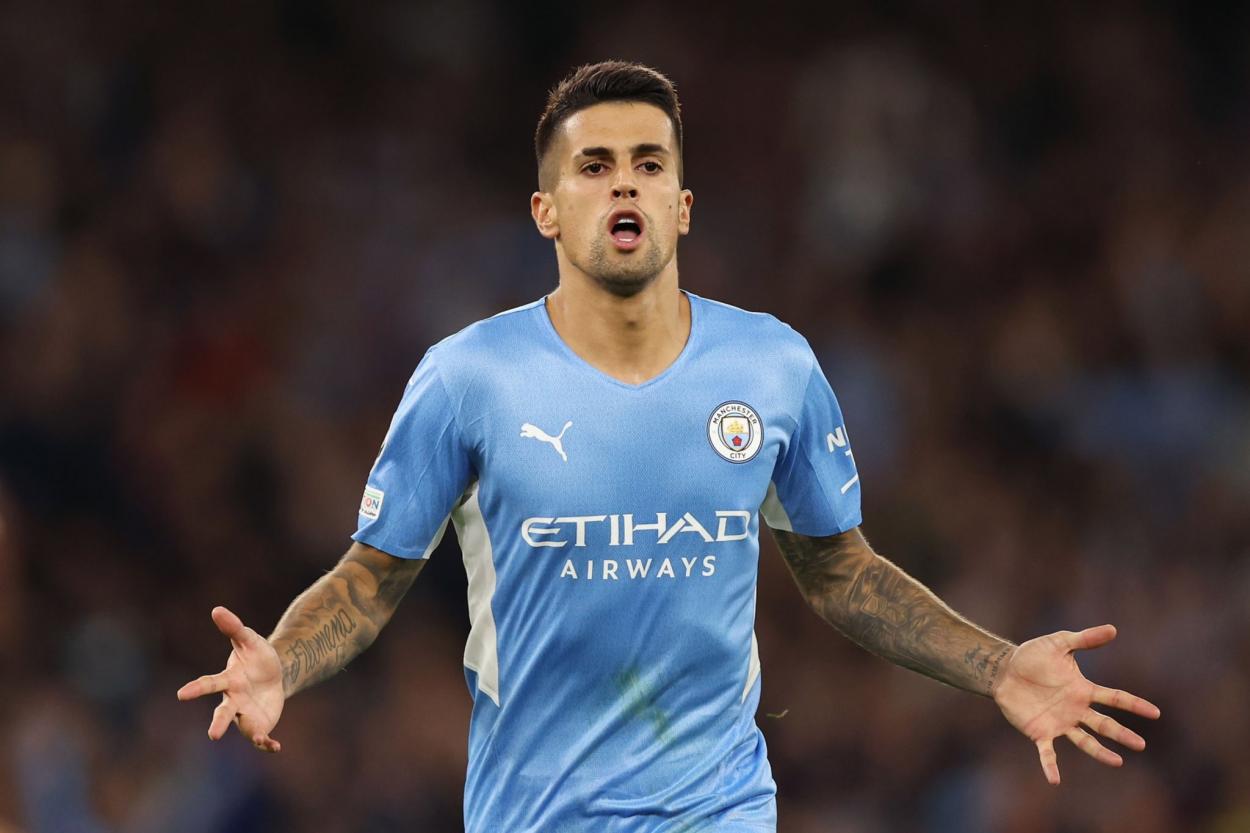 Citizens and Eagles have met a total of 65 times (35 wins for Manchester City, 14 draws and 16 wins for Crystal Palace) where the balance is largely in favor of the team led by Pep Guardiola. In terms of goals, it is the current champion who has the advantage as they have scored 121 goals, while the visitors have only scored 66 goals. Their last meeting dates back to matchday 34 of the 2020-21 season where Crystal Palace lost to Manchester City by a score of 0-2 at Selhurts Park Stadium.
9:52 AM3 months ago

For this match, Anthony Taylor will be the central referee, accompanied by Gary Beswick and Adam Nunn as assistants 1 and 2 respectively, and Craig Pawson will be the fourth referee. In the VAR, referees Stuart Attwell and Constantine Hatzidakis will be in charge of monitoring any dubious play inside the box or that merits a red card.
9:47 AM3 months ago

On the other hand, Crystal Palace eagles are still having difficulties to get up, as they are currently in the 15th position of the general table with 9 points, which have been the result of 1 victory, six draws and 2 defeats. They have also scored 11 goals for and 14 against, with the defensive saga being one of their main points to improve. Likewise, last game they drew by the minimum against New Castle at home, so morale could be boosted in case of tying their second win of the season against the current champion. 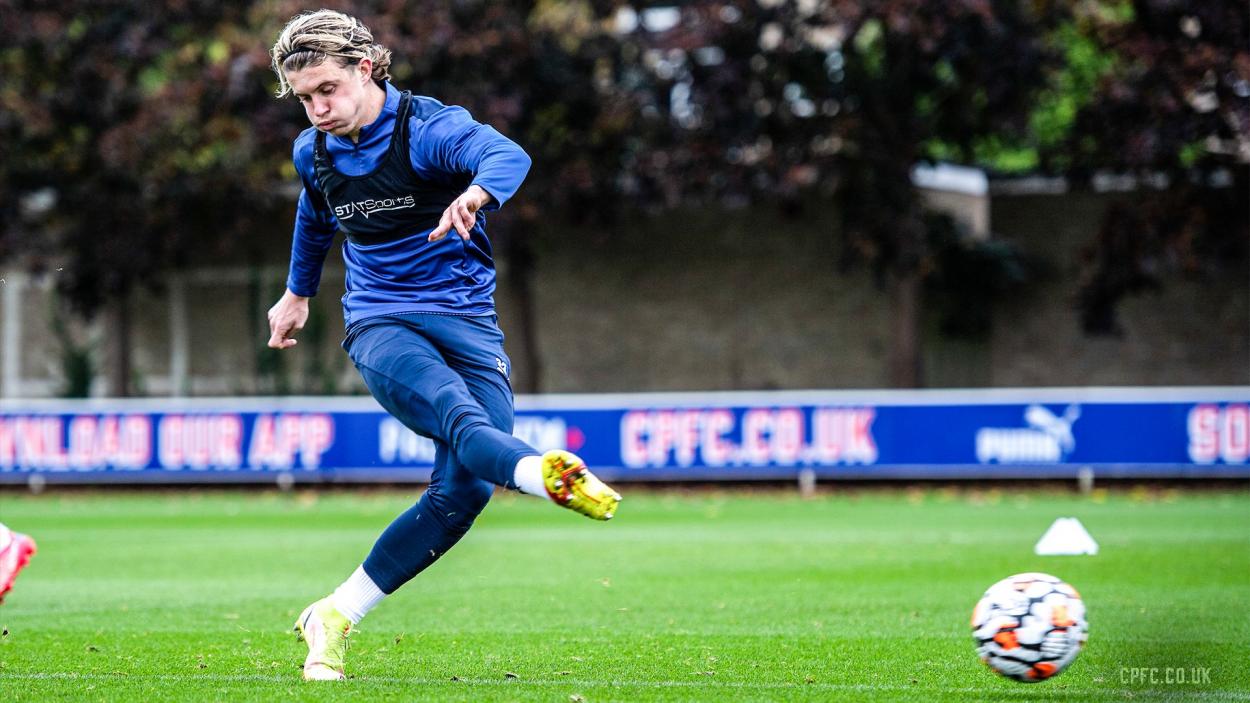 Continued search for the lead

The team led by Pep Guardiola is still looking for the leadership of the Premier League, however, Chelsea and Liverpool have not made things easy for them as the first three places are very tight. However, the Citizens are still one of the favorites to win this year's championship trophy and continue their reign in the English top flight. They are currently in third place with 20 points, which have come by way of 6 wins, 2 draws and 1 defeat at the beginning of the campaign, and they have scored 20 goals for and only 4 against. For Manchester City it will be very important to win this match as they have a Champions League commitment in midweek and a victory would boost the team's morale. 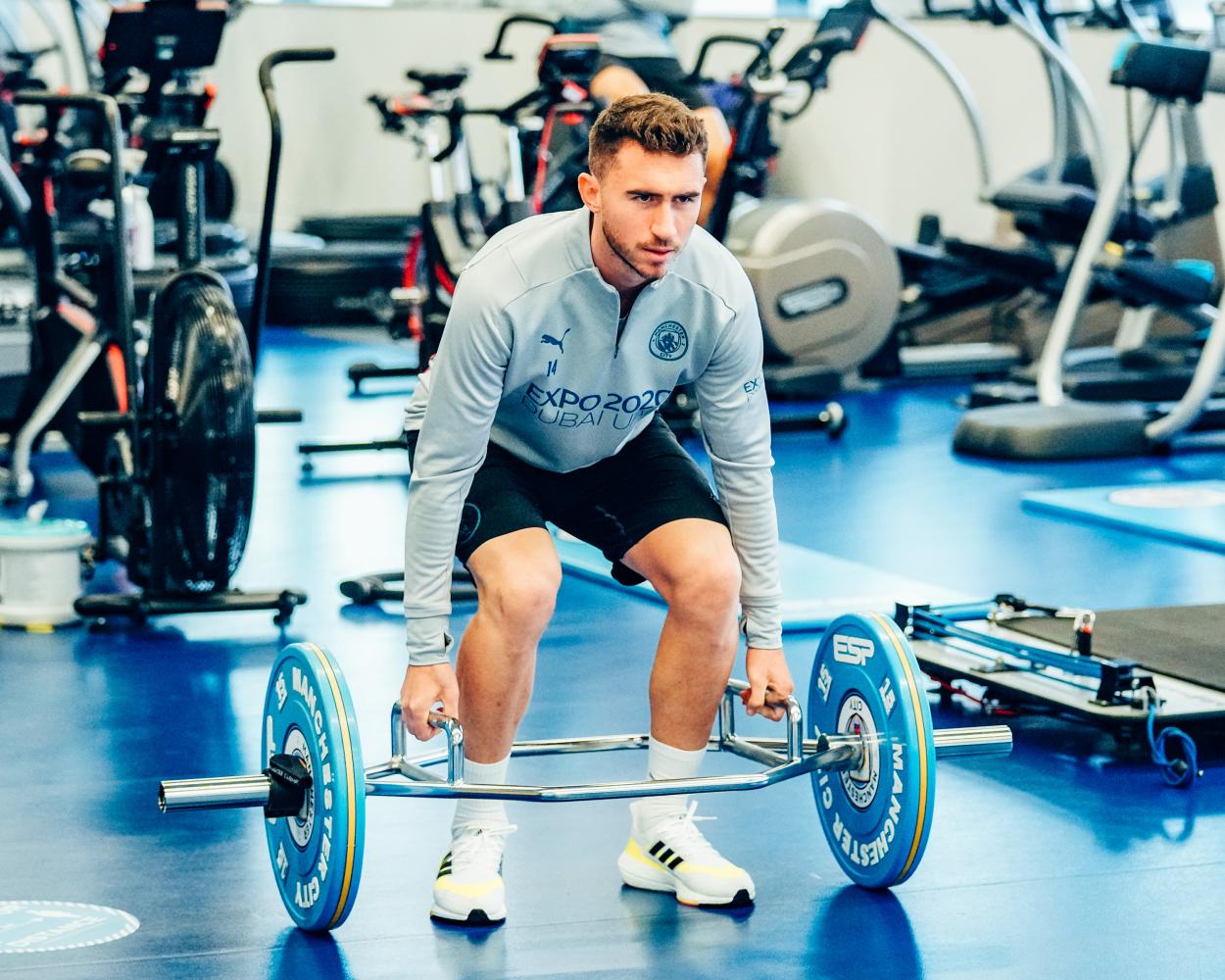 The ninth date of the Premier League will bring us a clash of realities when Manchester City receives Crystal Palace at the Etihad Stadium. On the one hand, the team led by Pep Guardiola is in third place overall in the Premier League with 20 points, however, the tight competition at the top of the table against Liverpool and Chelsea makes it difficult for them to position themselves in first place overall. On the other side, Crystal Palace is in the 15th position with 9 points so far this season and only once they have managed to get three points. It is very important for the Eagles to keep winning because the tight sotanera zone could put them in danger of relegation.
9:32 AM3 months ago

The Manchester City vs Crystal Palace match will be played at the Etihad Stadium, in Manchester, England. The kick-off is scheduled at 10:00 am ET.
9:27 AM3 months ago