It's over! The match ends in a draw in Germany, the units are shared.
5:53 PM7 months ago

Penalty for Leipzig! The referee awards a penalty to the home side.
5:49 PM7 months ago

VAR! The referee reviews a possible penalty on Henrichs in the PSG box.
5:46 PM7 months ago

Dangerous header from the home side, but Donarumma keeps the ball.
5:35 PM7 months ago

Close! Great anticipation from Dominik, but when it comes to shoot, the ball goes over the goal.
5:25 PM7 months ago

Mbappé's great run ended up leaving it in the hands of the home goalkeeper.
5:24 PM7 months ago

Wijnaldum set up Neymar, but the latter balled inside the box and ended up missing a clear opportunity.
5:21 PM7 months ago

Mbappé's shot, after great play by the visitors, but the ball ended up in the stands.
5:09 PM7 months ago

The action resumes at the Red Bull, Leipzig will be looking to tie the match.
4:50 PM7 months ago

First half ends, PSG momentarily in the lead.
4:48 PM7 months ago

Goalkeeper! Gulacsi keeps out Mbappé's third by deflecting the ball with his hands.
4:41 PM7 months ago

Goal, goal, goal for PSG! Giorginio Wijnaldum puts the French ahead with a great header, the VAR gave the goal valid.
4:40 PM7 months ago

Wijnaldum headed in his second, but the referee disallowed the goal.
4:36 PM7 months ago

The match is back and forth, with both teams looking for a goal to take the lead.
4:23 PM7 months ago

Goal, goal, goal for PSG! Mbappé's delayed ball to Wijnaldum, the latter pops up inside the box and pushes the ball into the back of the net.
4:18 PM7 months ago

Silva's cross and Nkunku's fierce shot goes into the stands.
4:13 PM7 months ago

He stopped it! Silva sent an accurate shot, but Donarumma made the right save.
4:11 PM7 months ago

Penalty for Leipzig! Danilo overruns Silva and the home side are awarded a free kick.
4:09 PM7 months ago

Goal, goal, goal for Leipzig! After a cross, Nkunku heads in from inside the box to open the scoring.
4:06 PM7 months ago

The match kicks off in Germany and both teams will be looking for three points.
4:04 PM7 months ago

Both Leipzig and PSG are out on the pitch, both warming up and getting ready for tonight's game. 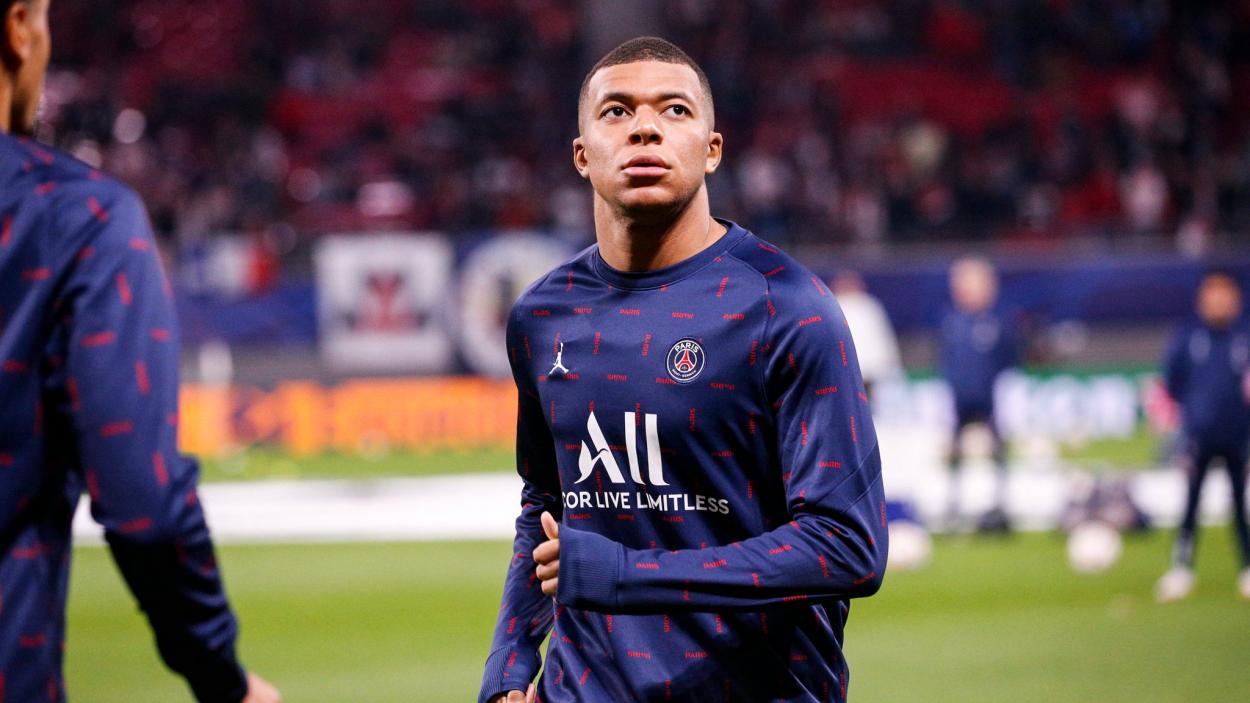 PSG are already at the Red Bull, tonight they will be looking to continue their good form and make it three out of three.
3:48 PM7 months ago

Leipzig players ready at home. Tonight they will be looking for three very important points.
3:42 PM7 months ago

Leipzig coach Jesse Marsch spoke ahead of the game: "Obviously we need points. Before a game like this, mental preparation is very important. But also the energy the fans bring to the stadium tomorrow can help us a lot. We had that same energy in training today and in our preparation, which makes me feel positive. We need our best performance tomorrow.
3:37 PM7 months ago

What a lot of numbers

This duel will be the fifth meeting between Leipzig and PSG, of the four previous matches Paris have won three of those and lost on one occasion.
3:32 PM7 months ago

Georginio Wijnaldum spoke ahead of the game about the systems of play: "The style of play is different to what I knew at Liverpool. At Liverpool we had played together for a long time, here we rotate a lot and play in different positions to be effective in any situation. It's a new team for many players, we have to get used to playing together and get to know each other better. This is what we do throughout the games. "
3:27 PM7 months ago

The PSG dressing room is now ready to welcome the players, complete with full kit. 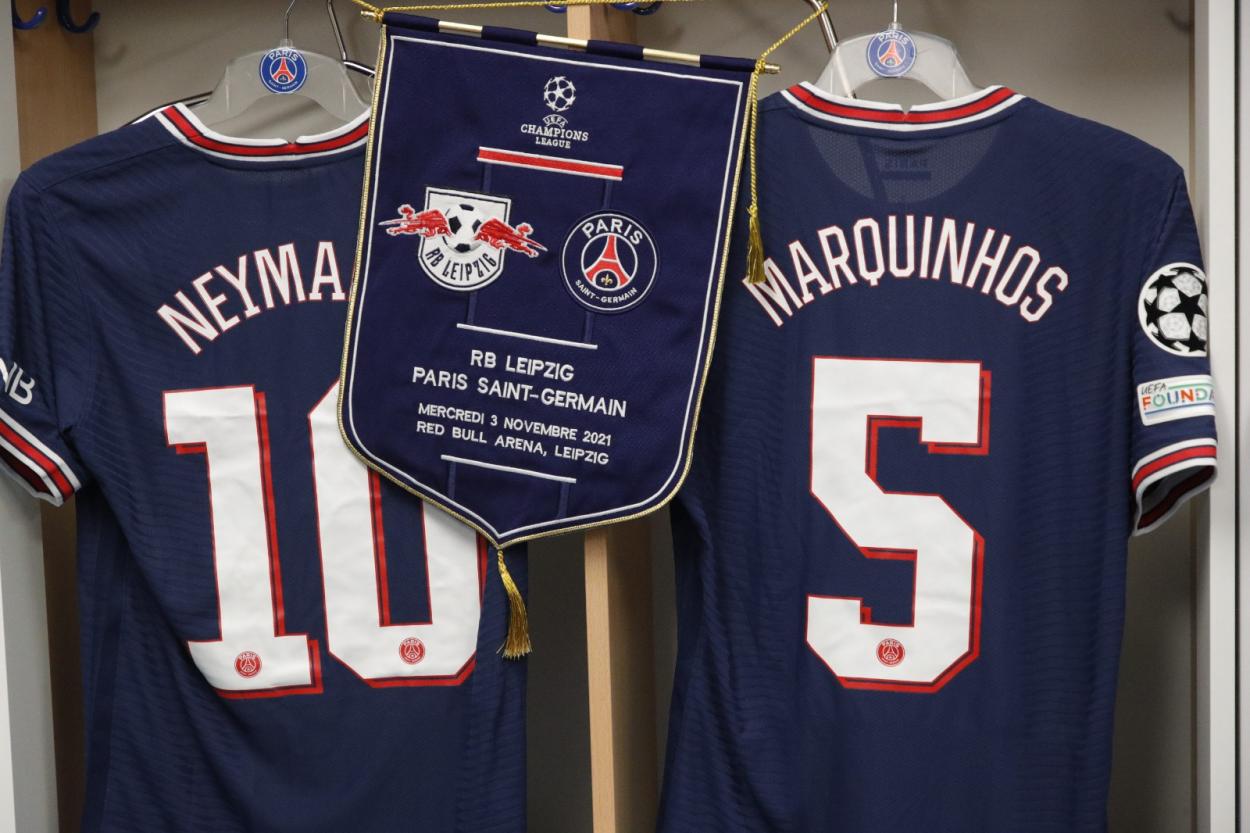 Lionel Messi has not been able to recover and will be out for this match. Pochettino will not have the Argentine available for this match.
3:17 PM7 months ago

We are now ready for the coverage of the match between Leipzig and PSG. The match kicks off in an hour and we'll have the best information for you shortly.
3:12 PM7 months ago

Stay tuned for the Leipzig vs PSG live stream.

In a few moments we will share with you the Leipzig vs PSG live starting lineups, as well as the latest information from the Red Bull Leipzig Stadium. Keep an eye on the action with VAVEL's minute-by-minute live online coverage.
3:07 PM7 months ago

How to watch RB Leipzig vs PSG Live Stream on TV and Online?

If you want to watch the game Leipzig vs PSG live on TV, your options is: TUDN.

Mauricio Pochettino spoke ahead of the clash with Leipzig: "We trust everyone. That's the way we see it, every player is important, all season long. They must feel important to be the best they can be. Obviously, we rely on the captain, on experienced players, but also on less experienced players. The demands of the coach in managing a group are more pronounced than in the past. "

"In every match there are complications. As a coach, you always try to improve the team. We are in a phase of team development. There are several stages. We are in a particular stage that we are trying to develop. Some players are also in a period of adaptation, discovering new teammates. Wednesday's match will be complicated. We are happy with the first leg and the result against a very physical team that made things difficult for us. "

He also touched on the subject of Angel Di Maria: "You're talking to me about a name that shines on its own in soccer. As I said, all players are important. Angel is a very important player. He has been at the club for years. In a team, balance is important in the different phases of the game, he brings his quality. We can always count on players like him. I repeat, teams need balance, the ability of each player to invest in all phases of the game, the team remains the most important. If this works perfectly, the individualities will appear naturally. We continue to work on this balance. "

PSG will come into this match after beating Lille in Ligue 1 and topping the competition. In the Champions League, Pochettino's men have two wins and a draw to their name and are still at the top of the table. 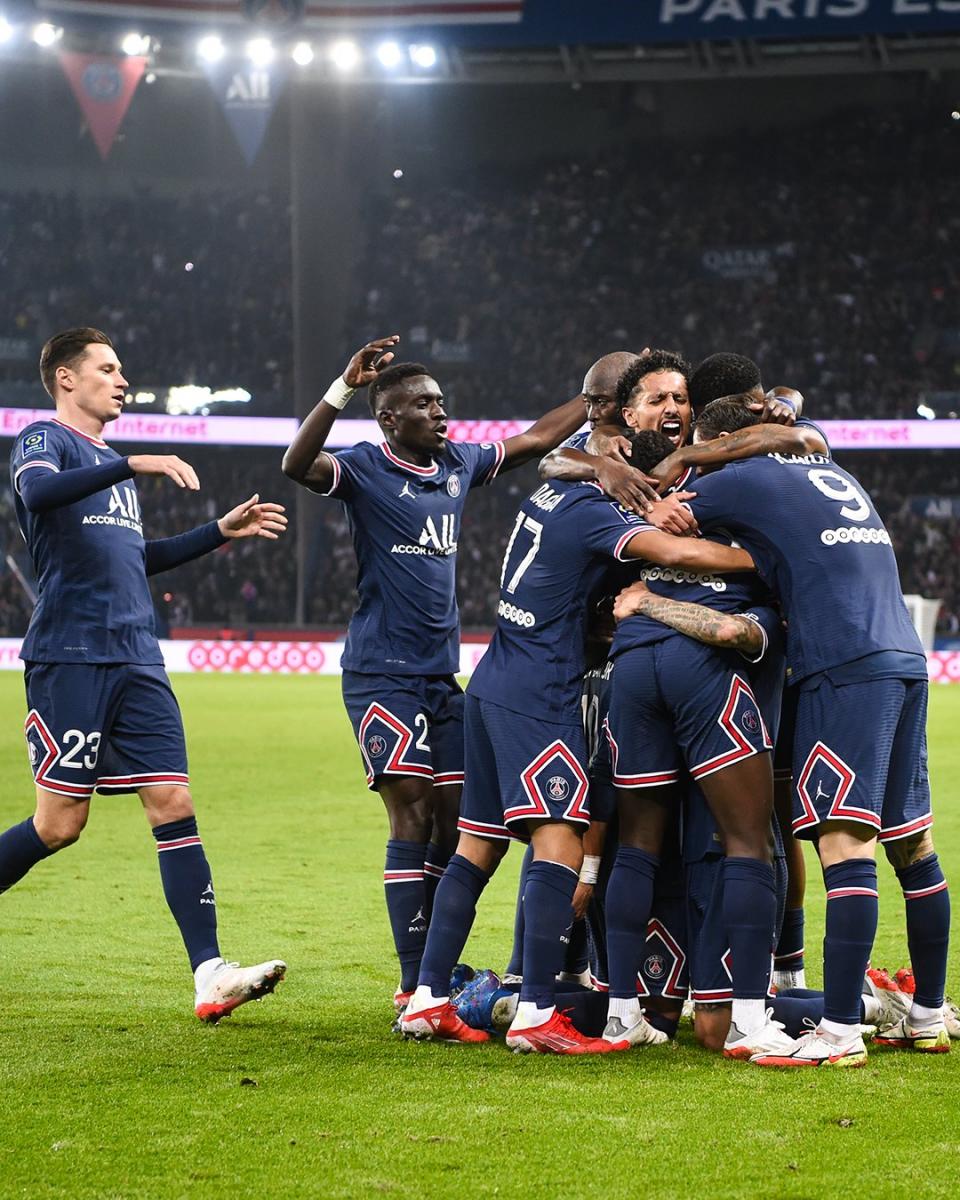 Leipzig arrives to this match after drawing in the Bundesliga against Eintracht Frankfurt to one goal; however, in the Champions League they have not scored a single unit, so if they want to aspire to something more in this competition, the German team needs to win urgently. 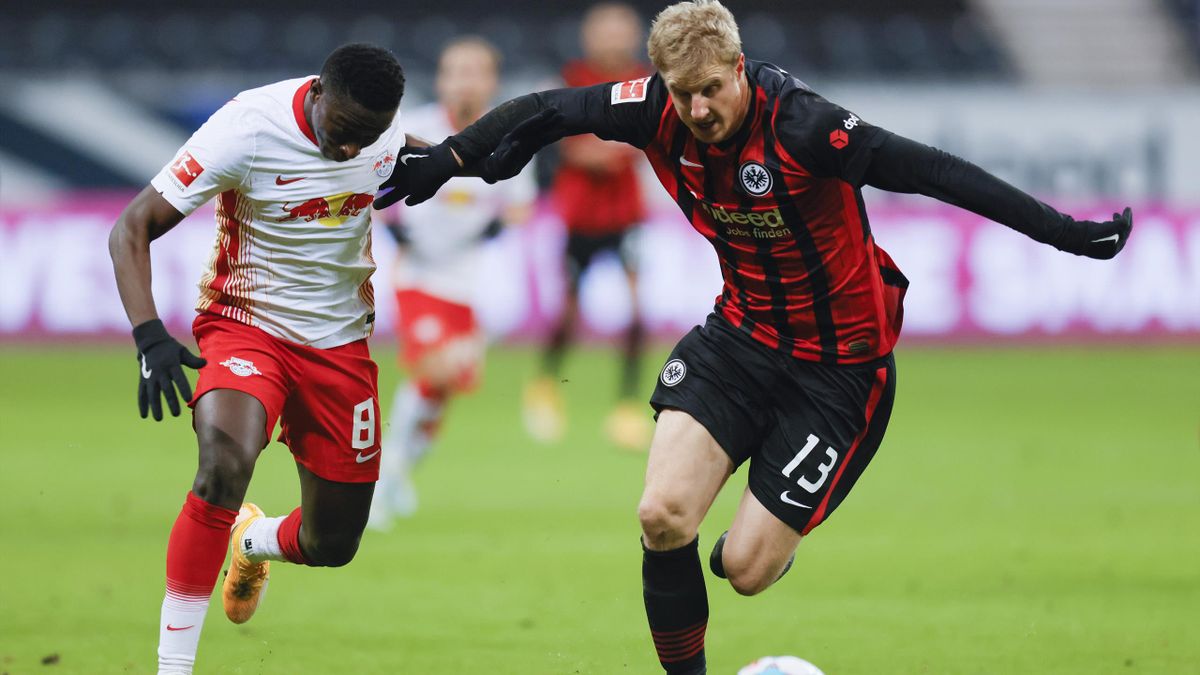 The match will be played at the Red Bull Arena Leipzig Stadium.

Leipzig vs PSG will be played at the Red Bull Arena Leipzig Stadium, located in Leipzig, Germany. The capacity of the stadium is 41,939 people. 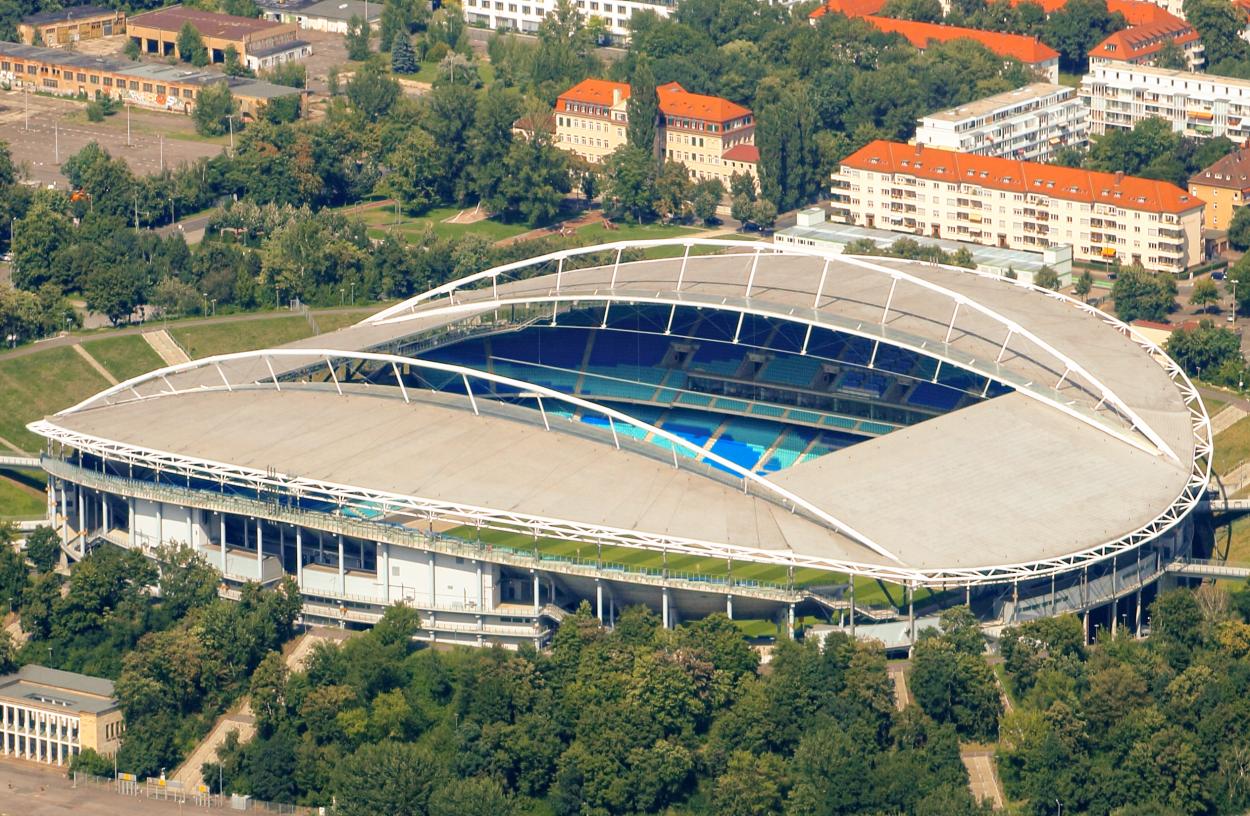