Frankfurt won the away victory and continues to lead the sector with 10 points, now four points ahead of Olympiacos.
3:31 PM7 months ago

Jens Petter Hauge made a mistake in the marking and scored inside the box to turn the game around.

Tiquinho Soares' shot is deflected for a corner kick.
3:11 PM7 months ago

Out El Araby and Masouras

In Roni Lópes and Soares

Hauge and Rode come in

Lindstrom's shot is pushed aside by the Olympiacos goalkeeper.
2:51 PM7 months ago

Henry Onyekuru falls inside the area, but the referee does not award a penalty kick.
2:46 PM7 months ago

Touré and Lindstrom take the field

It was all for Lammers and Barkok

Henry Onyekuru had a chance, but his right-footed shot went wide and Olympiacos came within a whisker of taking the lead.
2:36 PM7 months ago

A service that passes through the area and the Frankfurt defense rejects the ball.
2:31 PM7 months ago

The second half begins between Olympiacos and Frankfurt.
2:26 PM7 months ago

Henry Onyekuru's shot inside the box is again blocked by the goalkeeper.
2:16 PM7 months ago

Georgios Masouras's header goes wide and the ball goes out of bounds.
2:06 PM7 months ago

A heavy collision has left an Olympiacos player lying on the field and medical assistance has been called in to help him.
1:56 PM7 months ago

Borré's through ball is finished by Daichi Kamada in front of the goalkeeper and, although the ball hits the post, it ends up going in for 1-1.

A cross to the far post where Georgios Masouras fails to close the trap.
1:36 PM7 months ago

Frankfurt has more possession of the ball and exerts pressure on the opponent's area, but still without finding the spaces to generate damage.
1:26 PM7 months ago

Santos Borré cannot overflow and ends up committing the foul.
1:21 PM7 months ago

The match between Olympiacos and Frankfurt kicks off.
1:16 PM7 months ago

We are minutes away from kick-off in Greece between Olympiacos and Eintracht Frankfurt in the Europa League.
1:11 PM7 months ago

This is the Karaiskakis Stadium, in excellent condition and with an optimal climate for soccer.

This is what the Olympiacos dressing room looks like before the start of the game, where they will be wearing their traditional uniform, the red and white.

Thus, Frankfurt arrived at the stadium in search of a new victory that would consolidate its position at the top of the sector.

Olympiacos, meanwhile, is unbeaten in the Greek league and is the overall leader with 20 points, reaffirming its position after last Saturday's 2-1 away win over Panetolikos.
12:31 PM7 months ago

Frankfurt is coming off a 1-1 Bundesliga draw with Leipzig last Saturday, but remains in the bottom half of the table with just 9 points from 10 games.
12:26 PM7 months ago

We begin with the coverage of the game that could define who stays in first place by the end of the season, as Olympiacos will do the honors against Frankfurt of Germany.
12:21 PM7 months ago

Do not miss a detail of the match with the live updates and commentaries of VAVEL. Follow along with us all the details, commentaries, analysis and lineups for this Olympiacos vs Eintracht Frankfurt match for the UEFA Europa League.
12:16 PM7 months ago

What time is Olympiacos vs Eintracht Frankfurt match for UEFA Europa League?

This is the start time of the game Olympiacos vs Eintracht Frankfurt of 4th November in several countries:

This will be the second time they meet this season, remembering that "in the first leg" Frankfurt won at home by a score of 3-1 with goals from Santos Borré, Touré and Kamada; El Arabi scored for the visitors.
12:06 PM7 months ago

Colombian striker Rafael Santos Borré has been a luxury for the German squad with goals and contributing to the generation of the attack, so his presence in the area will be key to get a positive result away from home.

The recent arrival of Tiquinho Soares has been a luxury for the Greek team because it gives a large volume to the offensive generation, especially for its verticality in the field. 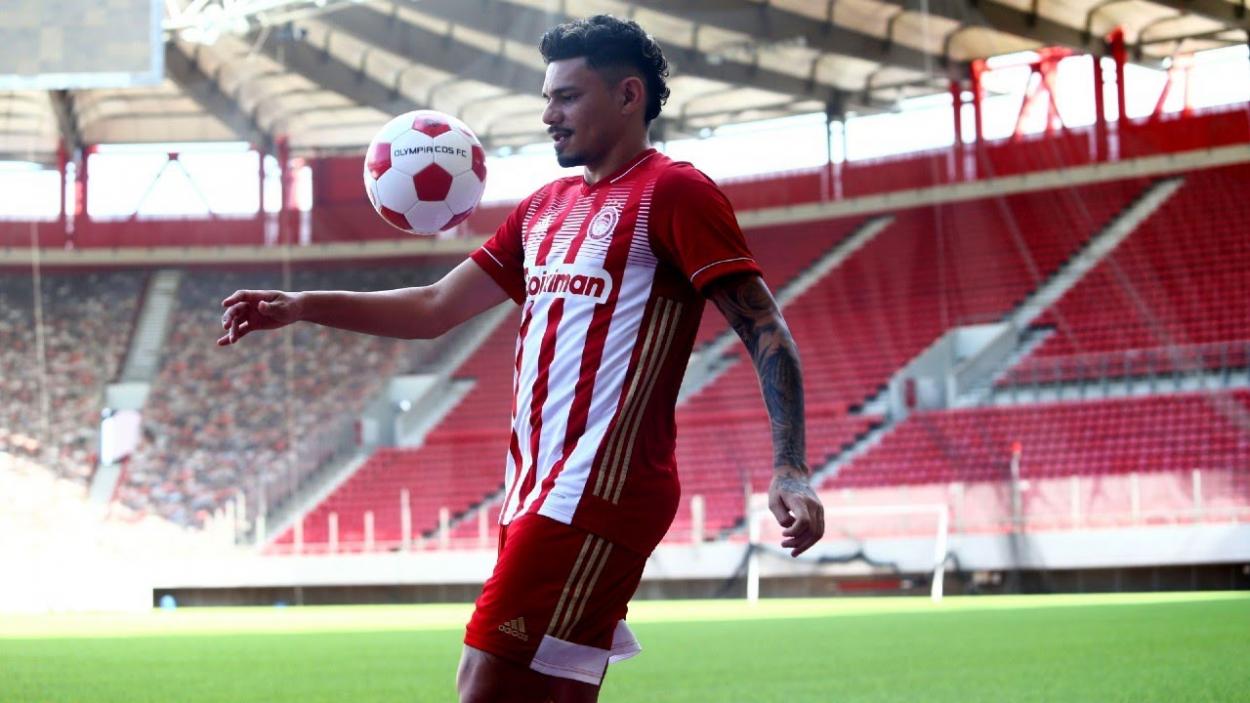 Frankfurt: check out the favourites' tag

Despite being visitors, the German side starts as favorites for this group and for this match, remembering that a few weeks ago they caused a surprise in the Bundesliga by beating Bayern away; on Saturday they got a 1-1 draw at home against Leipzig.
11:41 AM7 months ago

If Olympiacos are to avoid any problems in advancing to the next round of this competition, they will have to make their home advantage count, especially in a direct clash for the top of the group, which could be decided as early as Thursday.
11:36 AM7 months ago

How is Group D of the UEFA Europa League going?

Eintracht Frankfurt remains the only undefeated team in this sector after the first round with seven points, followed by Olympiacos with six points, Fenerbahce in third place with two points and Antwerp at the bottom with one point.
11:31 AM7 months ago

The Olympiacos vs Eintracht Frankfurt match will be played at the Karaiskakis Stadium, in Pireo, Greece. The kick-off is scheduled at 1:45 pm ET.
11:26 AM7 months ago