Thank you for listening to this Europa League match. Stay tuned here for the repercussions of this game. Have a good afternoon, and see you next time!
3:42 PM7 months ago

Legia took an early lead, but Napoli went on to win the Europa League and became group C leader!
3:38 PM7 months ago

Rrahmani's header from a cross in the box was deflected and Miszta's header went over the goal!
3:35 PM7 months ago

Ounas received the ball on the left, took off and tried to shoot, but was stopped. The ball went up, he pulled it round the defender, and hit a shot that went into the net!
3:33 PM7 months ago

Koulibaly risked his shot and sent it into the hands of Miszta, in the middle of the goal.
3:27 PM7 months ago

Double substitution in Napoli: Petagna and Lozano left to enter Zanoli and Ounas.
3:24 PM7 months ago

Substitution in Legia: Emreli is out and Rafael Lopes is in.
3:23 PM7 months ago

Petagna received in front, came out in front of the goalkeeper and played to where Lozano was, who only had the job of pushing into the empty goal!
3:20 PM7 months ago

Mertens went for the ball and was cruel, digging it into the right corner, while Miszta fell to his left, with nothing to do!
3:20 PM7 months ago

Joshua tried a bicycle kick and hit Politano, making another penalty for Napoli!
3:17 PM7 months ago

Napoli substitution: Zielinski is out for Mertens.
3:14 PM7 months ago

Substitution in Legia: Slisz is out for André Martins.
3:13 PM7 months ago

Jędrzejczyk stopped Lozano at the base of the punch and brought down the striker, receiving a yellow for the foul.
3:10 PM7 months ago

Substitution in Legia: Kastrati is out, Muçi is in.
3:09 PM7 months ago

Double substitution in Napoli: Demme and Elmas left to the entrance of Politano and Lobotka.
3:07 PM7 months ago

Petagna received the ball inside the box and shot hard, but over the goal.
2:56 PM7 months ago

Petagna was thrown forward and hit it weakly, into Miszta's hands.
2:56 PM7 months ago

Zielinski hit it hard, in the right corner, with no chance for Miszta, who even came out to the right side, but only to fetch the ball in the net!
2:54 PM7 months ago

Zielinski received the ball from Elmas, in the pivot, inside the area and was pushed by Joshua, earning himself the penalty! He's on the ball for the penalty!

Mladenovic received on the left, crossed low and Yuri Ribeiro hit it hard to the goal, but it stamped on Meret's right post!
2:50 PM7 months ago

Petagna gets the first touch on the ball and it rolls into the second half of the match!
2:49 PM7 months ago

The teams appear on the field to start the second half of the match. The teams make no changes at halftime.
2:35 PM7 months ago

With a goal from Emreli, Legia is beating Napoli and taking all three points home!
2:35 PM7 months ago

In a corner coming from the right there was a deflection by Petagna, but in the hands of Miszta, who kept it. Then, after a wrong clearance, Lozano hit the ball hard and Miszta deflected it away!
2:27 PM7 months ago

Mladenovic charged down the middle and hit a hard shot, which went over the goal.
2:16 PM7 months ago

Lozano tried to shoot from a distance and sent it to the right side of the goal, but without danger.
2:12 PM7 months ago

Elmas received a great pass from Petagna's chest and hit it hard, but Miszta deflected it away!
2:06 PM7 months ago

Lozano received a long ball and hit it over the goal, but without danger.
2:05 PM7 months ago

At the corner kick taken at the first post, there was a deflection from the defense and Anguissa headed the ball into the goal, but in the hands of Miszta.
2:04 PM7 months ago

Lozano received on the right, found Demme in the area, who played the ball to Zielinski, who hit it hard and hit the crossbar! On the rebound Zielinski himself hit the ball over the goal!
1:58 PM7 months ago

Mladenovic received the ball on the back line, in a counter-attack, managed to dribble and played it low for Emreli to hit a cross into the net, with no chance for Meret!
1:47 PM7 months ago

Emreli makes the first touch on the ball and it rolls into the first half of the match! And before the match the players kneel in protest against racism!
1:44 PM7 months ago

The teams appear on the field to start the match!
1:22 PM7 months ago

The players take to the field to begin their warm-up exercises.
1:01 PM7 months ago

Legia is scheduled and comes to the field with:

Napoli is scheduled and comes to the field with: 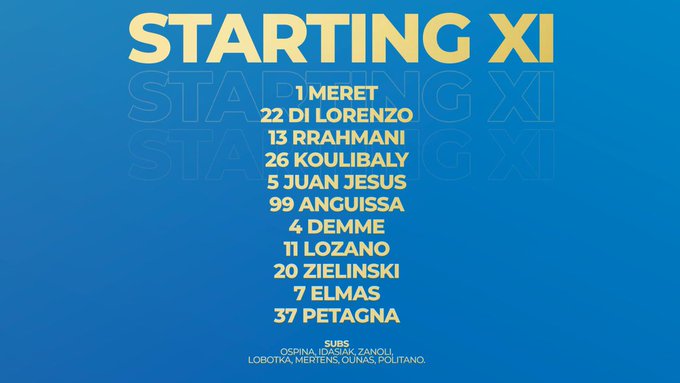 We are now starting the broadcast of the Europa League match between Legia Warsaw and Napoli!
12:46 PM7 months ago

Do not miss a detail of the match with the live updates and commentaries of VAVEL. Follow along with us all the details, commentaries, analysis and lineups for this Legia Wasraw vs Napoli match.
12:41 PM7 months ago

How to watch Legia Warsaw vs NapoliLive in TV and Stream

If you want to watch the game Legia Warsaw vs Napoli live on TV, your options is: none.

If you want to directly stream it: Streaming services and Paramount+, TUDN USA, TUDN.com, TUDN app.

What time is Çegia Warsaw vs Napoli match for Europa League?

This is the start time of the game Legia Warsaw vs Napoli of 4th of November 2021 in several countries:

Napoli, in the last round, beat Legia 3-0, with goals from Insigne, Osimhen, and Politano.
12:26 PM7 months ago

Lawrence Visser will referee the match, with assistants Yves De Neve and Rubens Wyns. Benoit Millot will be in charge of VAR. The field trio comes from Belgium and the VAR from France.
12:21 PM7 months ago 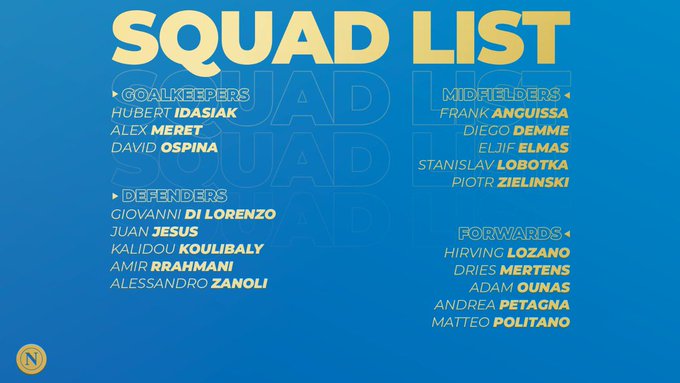 Legia will be without Kaputska, who is injured, as well as Boruc. Napoli will be without Manolas and Ounas, both injured, while Osimhen is doubtful because he felt a calf injury and even sat out the match against Salernitana.
12:06 PM7 months ago

Meanwhile, Napoli won their last two matches, both in Serie A. Against Salernitana, away from home, last Sunday (31st) the victory was 1-0, with a goal by Zielinski. And before that, on the 28th, against Bologna, the victory was 3-0, with goals from Fabian Ruiz and Insigne (2).
11:56 AM7 months ago

Legia arrive for the match after a defeat and a win in the last two matches. Against Pogon, last Sunday (7), came the defeat, 2-0, at home, with goals from Zahovic and Kurzawa, for the Polish Championship. And away from home, in the Polish Cup, the victory was 1-0 over Swit Skolwin, with a goal by Rose.
11:51 AM7 months ago